HALLOWEEN is upon us and pumpkins are scaring us for more than one reason, after midwives carved the ten stages of labour into them.

Taking their pumpkin decorating to the extreme, they illustrated how much a cervix dilates during childbirth – up to ten centimetres. 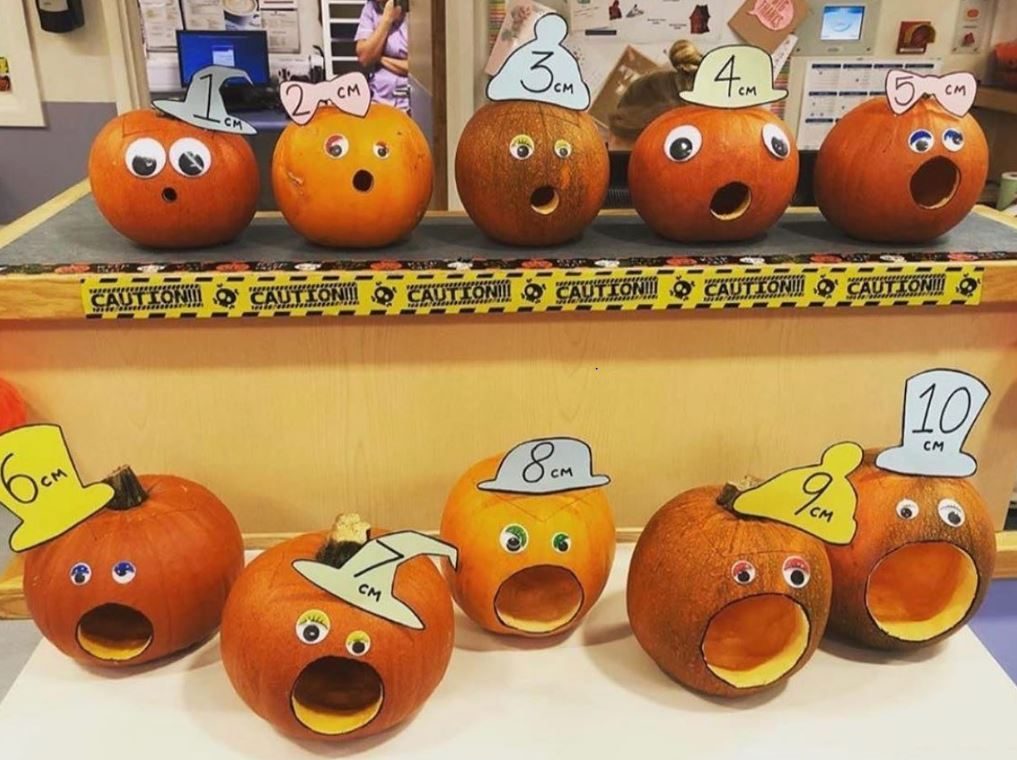 Midwives from the Royal Oldham Hospital, in Lancashire, used the mouths of ten pumpkins to show the cervix from 1cm dilated to 10cm – and the results are terrifying.

The team added googly eyes onto the gourds to give them suitably horrified facial expressions – which have resonated with mums.

Sharing the image of their handiwork to Facebook, Pregnant Chicken said: “These dilation pumpkins are the scariest thing I’ve seen all night.”

The post has racked up 42,000 comments as women were shocked at seeing a visual representation of what their bodies go through during childbirth.

But it put others off any more children, with one mum saying: “Well that settles it. My kid remains an only child.”

Another said: “I'm due in a couple weeks, on my second child, and this is still horrifying.”

A third wrote: “My vagina hurts just looking at these pictures. #itremembers.”

Agreeing, this woman added: “I feel this in my soul/vagina.”

Another added: “Finding it amusing that the look on the faces of the pumpkins kind of matches the mother at each stage!”

This mum said: “As someone who’s only had C-sections, this looks terrifying!”

And this mother added: “I am always in awe of what our bodies can do. Mother nature. Incredible.”

Meanwhile this mummy blogger shared a throwback snap of her pregnancy belly when she was expecting twins.

We also told you how a genius mum has created "baby food bellinis" using peach sachets.

And a mum-to-be was left stunned after her baby flicked V-sign at her in cheeky 4D ultrasound scan.