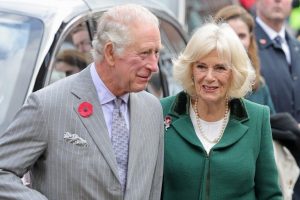 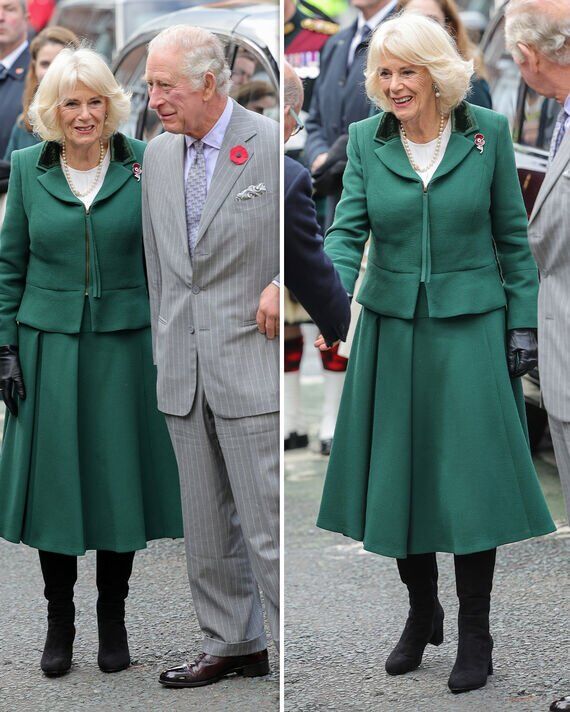 Queen Camilla and King Charles have just arrived in York for a poignant engagement. The couple will attend a ceremony at the Mickelgate Bar in the city later today. But prior to that, the royals were seen greeting crowds after stepping out of their vehicle.

Camilla seemed to channel Queen Elizabeth II with her choice of outfit today – the Queen Consort opted for a monotone look and wore a string of pearls around her neck.

Camilla also wore a string of pearls around her neck. Although the late Queen was always seen with three strings of pearls, Camilla’s necklace was not unlike Elizabeth’s favourite jewellery piece.

Members of the Royal Family are huge fans of pearls and have been wearing them for centuries, but Queen Elizabeth is the most recent monarch to be associated with them, thanks to her preference of wearing a pearl necklace and a pair of small pearl earrings.

To visit York today, Camilla donned a forest green jacket with a skirt in the same colour.

Her jacket was peplum-style and featured an open collar and a zip running down its centre. There were velvet finishes on the collar.

The Queen Consort’s skirt was pleated and billowed out a little.

Underneath this skirt suit, she wore a plain white t-shirt and had black, knee-high boots on her feet.

The boots were suede and Camilla has worn them many times before for royal engagements.

She also wore a pair of black leather gloves to keep warm.

As well as her pearl necklace, Camilla accessorised further with a red and green poppy brooch and a pair of earrings.

The earrings also featured pearls and were a cluster of diamonds with a pearl in the middle, as well as a tiny dangling pearl.