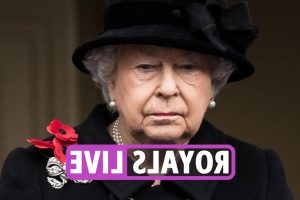 THE Queen and Royal Family are "privately" mourning the first anniversary of the Duke of Edinburgh's death.

Philip, famously described by the Queen as her "constant strength and guide", died peacefully in his sleep on April 9, 2021 at his Windsor Castle home, just a few months short of his 100th birthday.

Buckingham Palace announced his death just after noon that day, issuing a statement that spoke about the royal family joining with people across the globe to grieve.

At the recent service of thanksgiving for Philip's life, Dean of Windsor the Right Rev David Conner paid tribute to his abilities and also highlighted his shortcomings – just as the duke would have wanted.

He described Philip as a man of "passionate commitment" who devoted his "intellectual and physical energy" to a "host of down-to-earth enterprises", but he could also be "abrupt" in a "robust conversation, forgetting just how intimidating he could be".