But, when read backwards, they take on a harrowing hidden meaning – highlighting the domestic violence which goes on behind closed doors at Christmas. 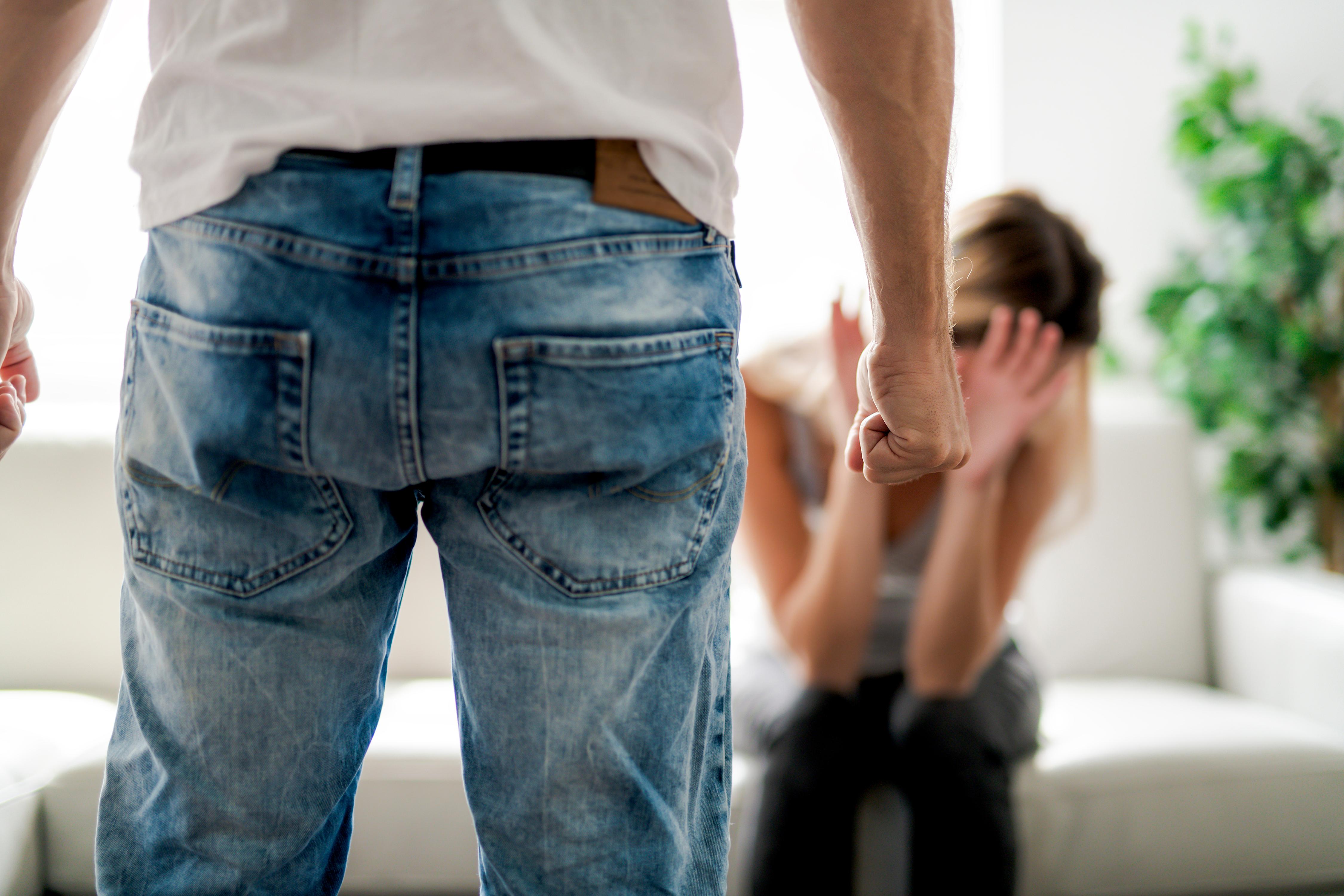 The campaign is being led by Britain's largest domestic abuse charity Refuge, who invite people to read the three poems in reverse to "uncover a chilling tale of domestic abuse".

The first is called Mistletoe and tells the story of a couple, enjoying their first Christmas together, enjoying a festive kiss.

But the man in the relationship, who readers initially think threw his girlfriend a party, is hiding a violent secret.

Read backwards, the poem reveals: "he had a surprise waiting… he threw me down the stairs".

A second rhyme, told from a child's viewpoint, appears to be about a family celebrating on Christmas Eve.

At first, it reads: "Mum's laid out our best white tablecloth, a splash of warm claret infuses Dad's traditional punch."

But the backwards version reveals an ongoing cycle of abuse: "Dad's traditional punch, a splash of warm claret infuses our best white tablecloth, Mum's laid out." 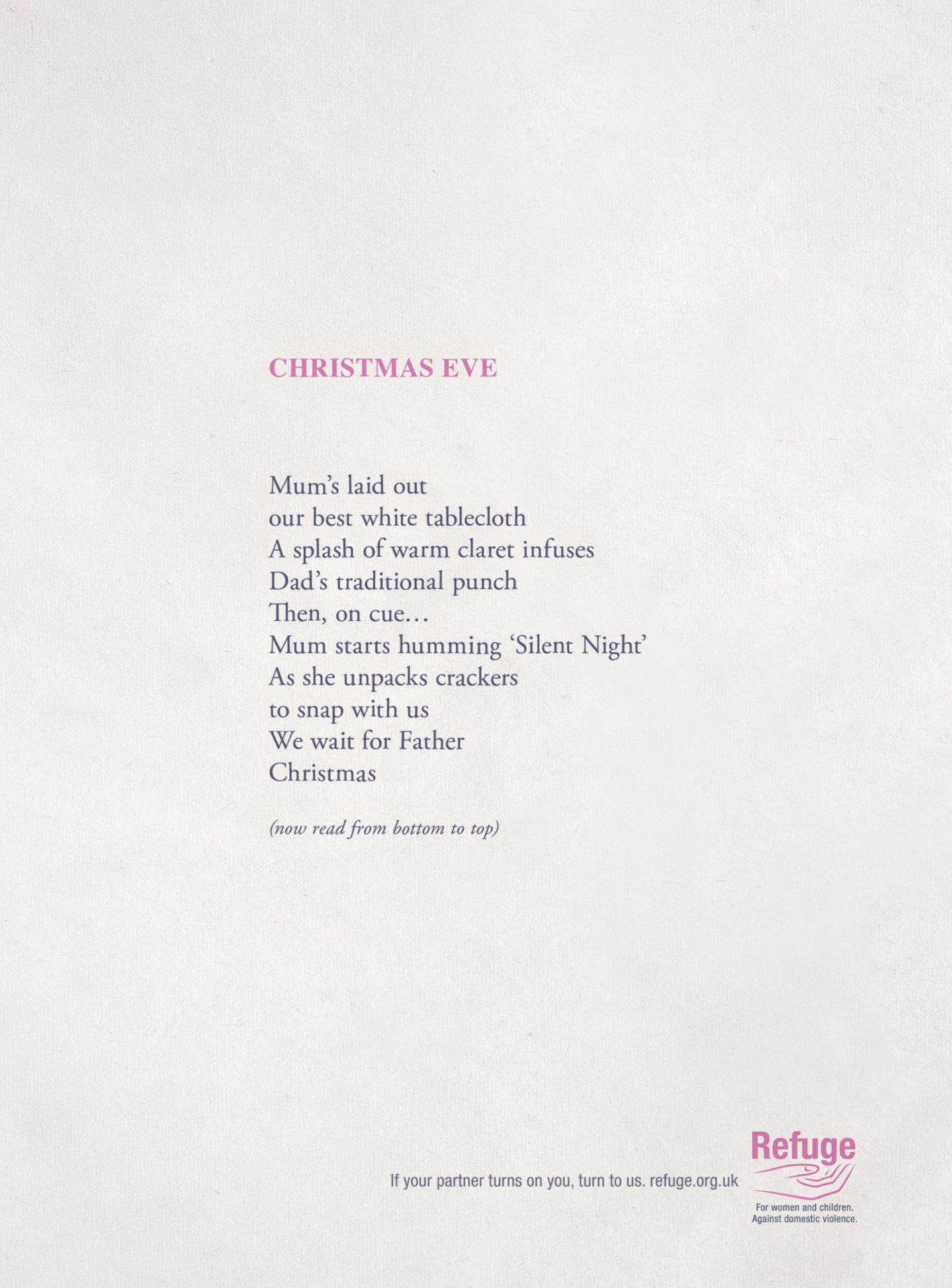 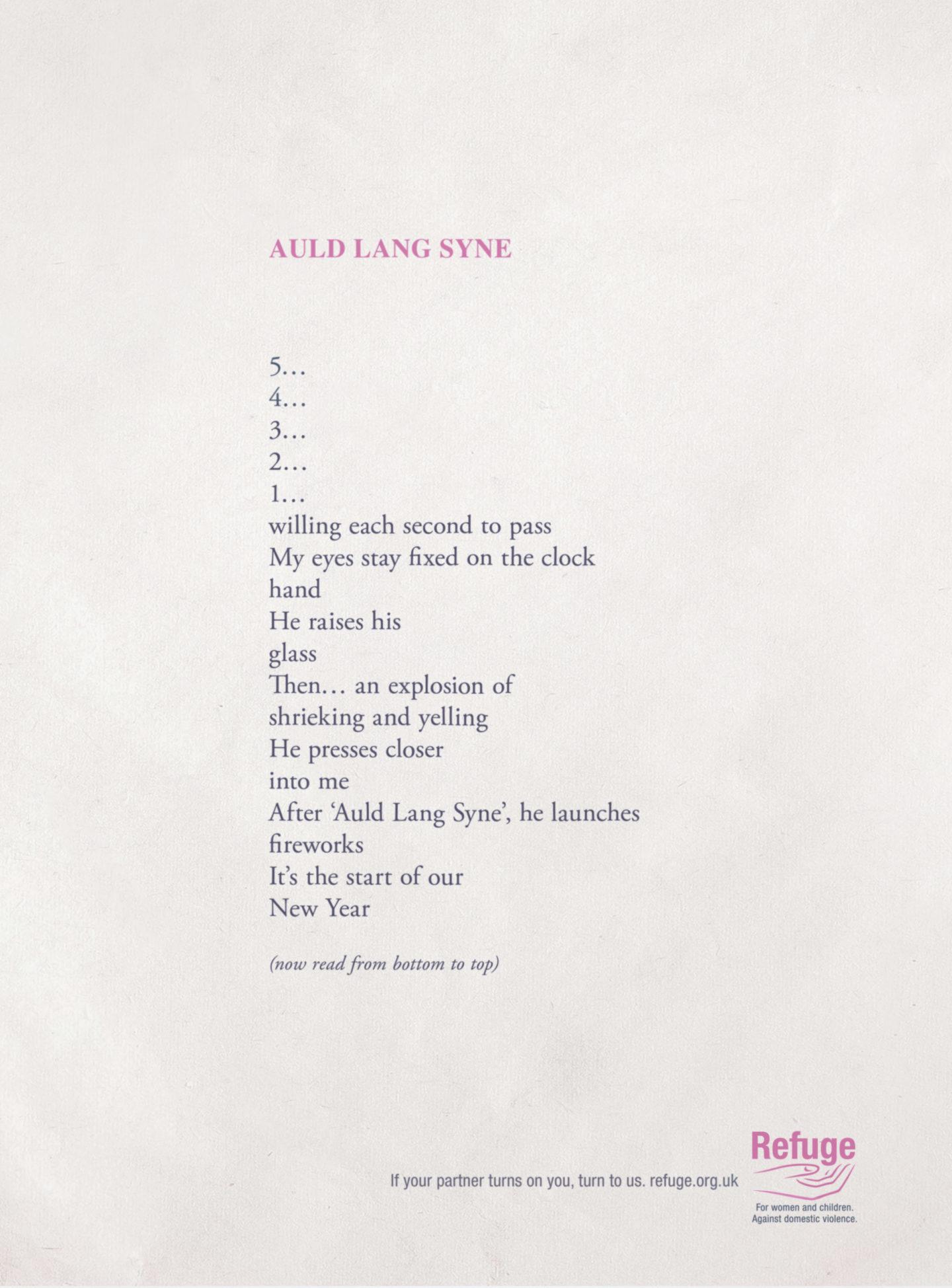 While Auld Lang Syne seems to be about a woman counting down to midnight on New Year's Eve but in reverse it's about her praying for time to go faster as her partner becomes violent.

Read backwards, it reveals: "After 'Auld Lang Syne', he launched into me. He presses closer, shrieking and yelling.

"Then… an explosion of glass. He raises his hand. My eyes stay fixed on the clock, willing each second to pass."

The campaign was launched as part of UN Women's 16 Days of Activism.

Sandra Horley CBE, chief executive of Refuge, said: “Domestic abuse is the biggest issue affecting women and children in this country today – it really is a life and death issue.”

Last week we spoke to Zinnia Young, who was abused by her dad at 5, lost her beloved baby at 16 and then was made homeless.