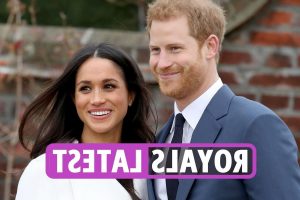 PRINCE Philip is to be honoured in a documentary about his life TONIGHT on BBC One.

The documentary will air tonight at 9pm and feature recollections from his loved ones – including grandson Prince Harry – about his life.

Some of the interviews were filmed prior to his death in April – as part of a planned documentary for his 100th birthday – and others were filmed afterward.

Philip was born in Corfu in 1921 as the grandson of King George I of Greece. His family were forced to flee the country when he was a small child and he was primarily raised in the UK – most famously at Gordonstoun school in Scotland.

It comes as Harry and Meghan Markle will demand major changes to the global vaccine rollout when they appear in New York later this week.

The Sussexes will broadcast live from Central Park for a Global Citizen Live event on Saturday – insisting the West makes more jabs available to poorer countries.

Harry and Meghan will "continue their urgent work with world leaders in the pursuit of global vaccine equity to end the COVID-19 pandemic for everyone, everywhere", Global Citizen's website states.

It is the first time Meghan will appear in public since Lilibet's birth in June.

Read our Royal Family live blog for the latest updates…