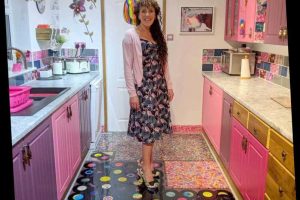 WHEN it comes to getting revenge on your cheating ex, there are several courses of action you can take.

On the one hand, you could throw all their clothes out the window or publicly shame them on Facebook. 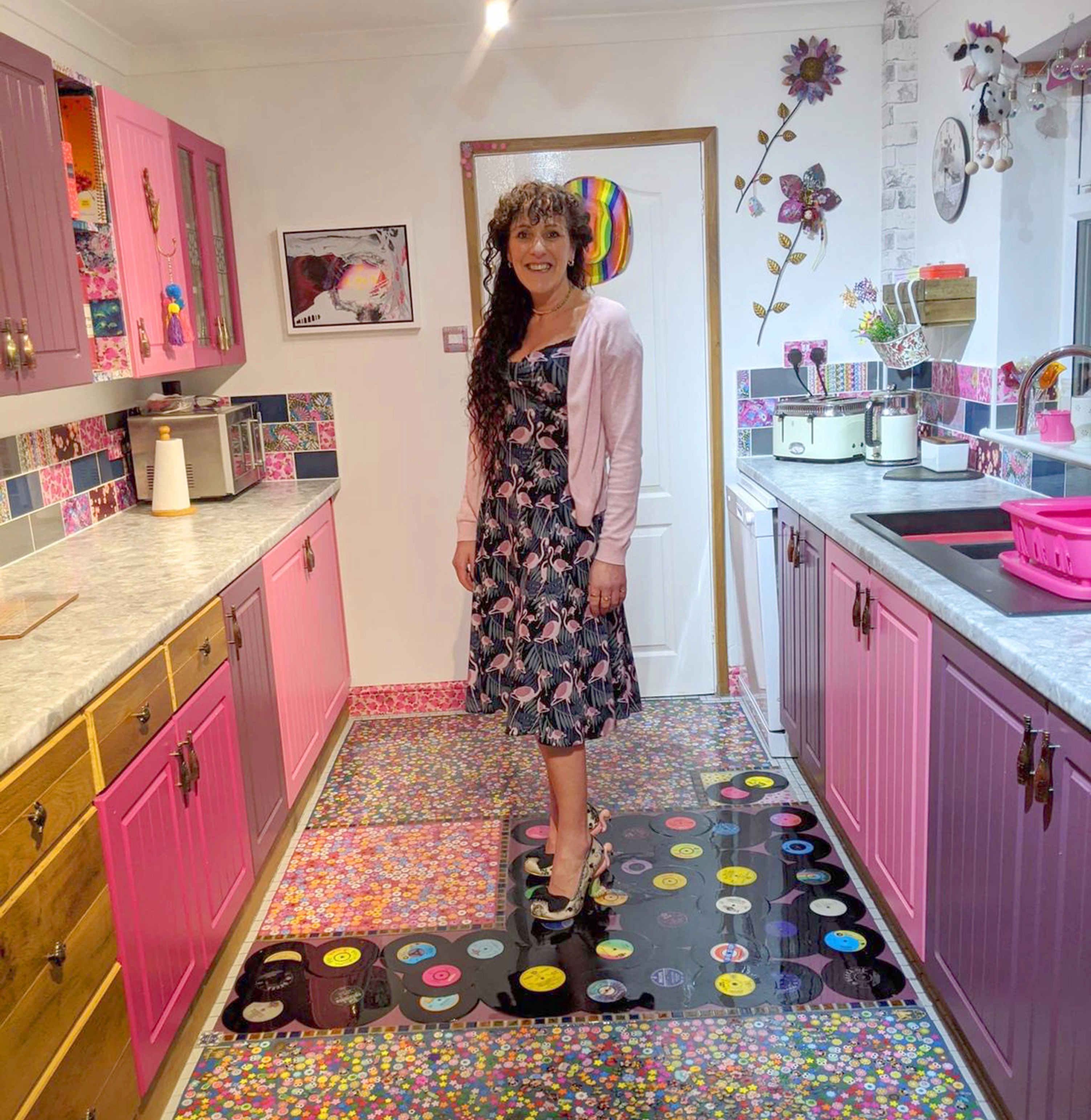 Or you follow Sonia Barton's lead and turn your ex-husband's beloved vinyl collection into your new kitchen floor.

The 47-year-old children's entertainer has been living in the same house for 13 years – but after her marriage broke down, she decided to give her kitchen a bold new look.

And now every time she steps over his records, Sonia, from Belper, Derbyshire, admits she can't help but laugh.

Sonia spent around £2,500 creating her dream kitchen – and along with her ex husband's vinyl records, the mum says the most expensive element was sourcing the 5,000 miniature flowers which makes up part of the floor.

Explaining where she got the idea for her bright kitchen, Sonia said: "I love DIY and I love colour so it just evolved.

"I originally wanted to do records on the floor when I was married but my husband at the time didn't like the idea so as soon as we split I decided to do it.

"It's been a labour of love for me. I started it over a year ago and spent evenings and weekends working on it."

When she began the project in October 2018, Sonia's conventional kitchen was largely black-and-white – but now has pink and purple cupboards and tiles as well as a multicoloured floor. 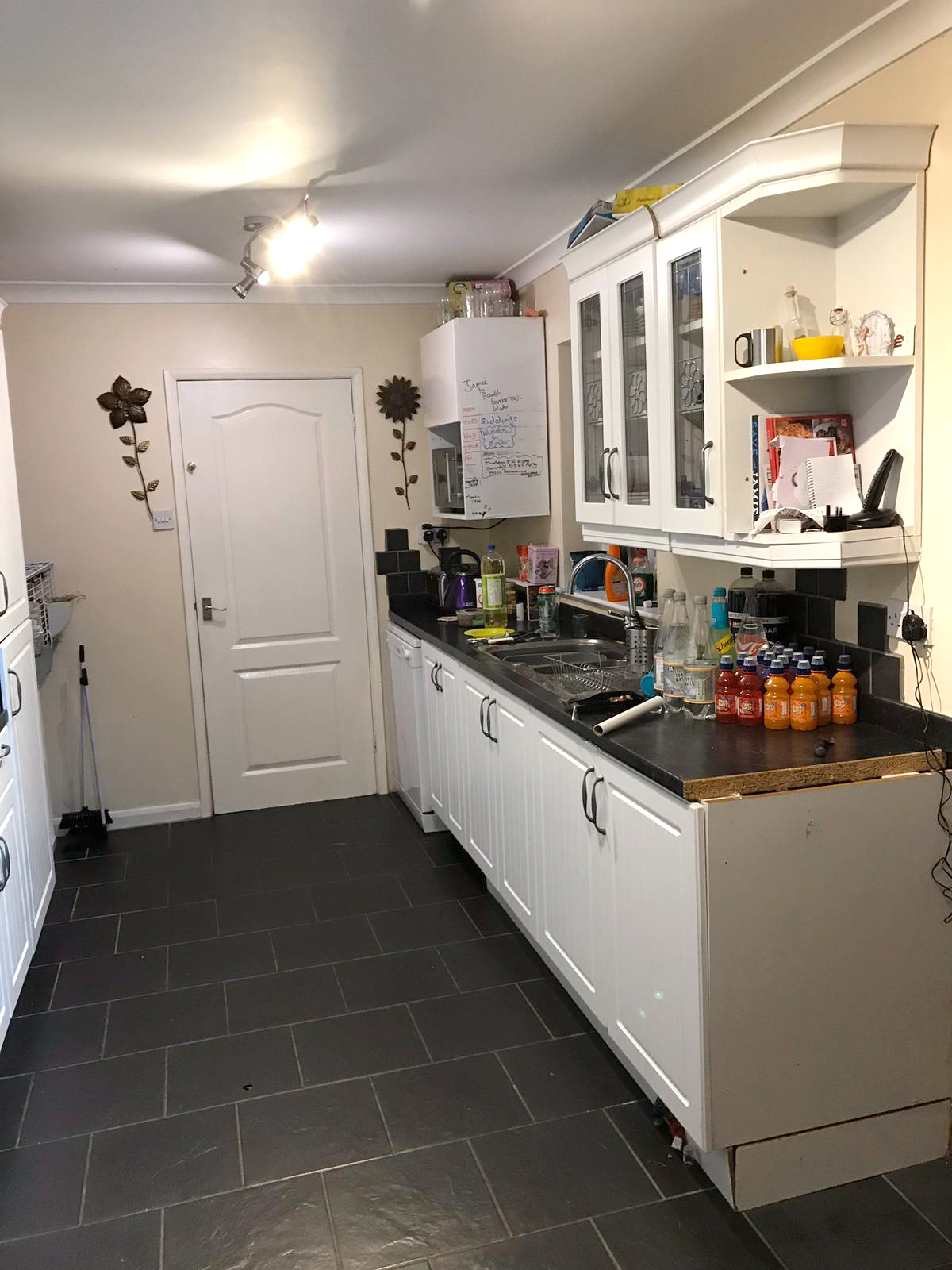 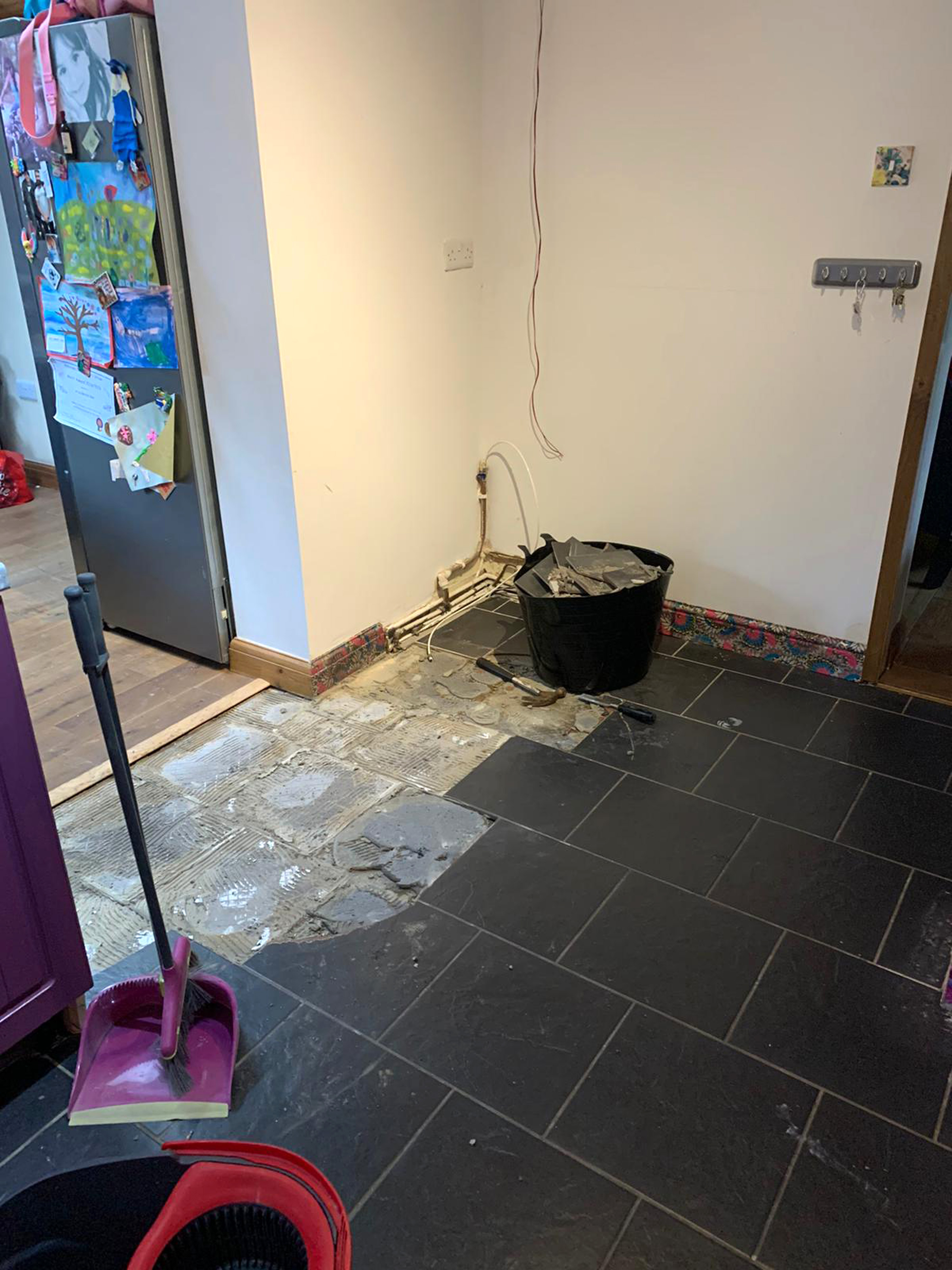 Rather than paying someone to fit her dream kitchen, the mum did almost everything herself – including making the cupboard doors and drawers.

She added: "I made all the doors and drawers. I love vibrant colours so decided to paint the doors.

"I spent ages looking at tiles and couldn't find any that I liked so I brought some plain white tiles. I then decoupaged them and then put resin on them.

"The worktops were an eBay bargain which I was able to install with help from a friend.

"For the floor, I bought the buttons and then added coins and records. I glued them on the floor and put a resin over them." 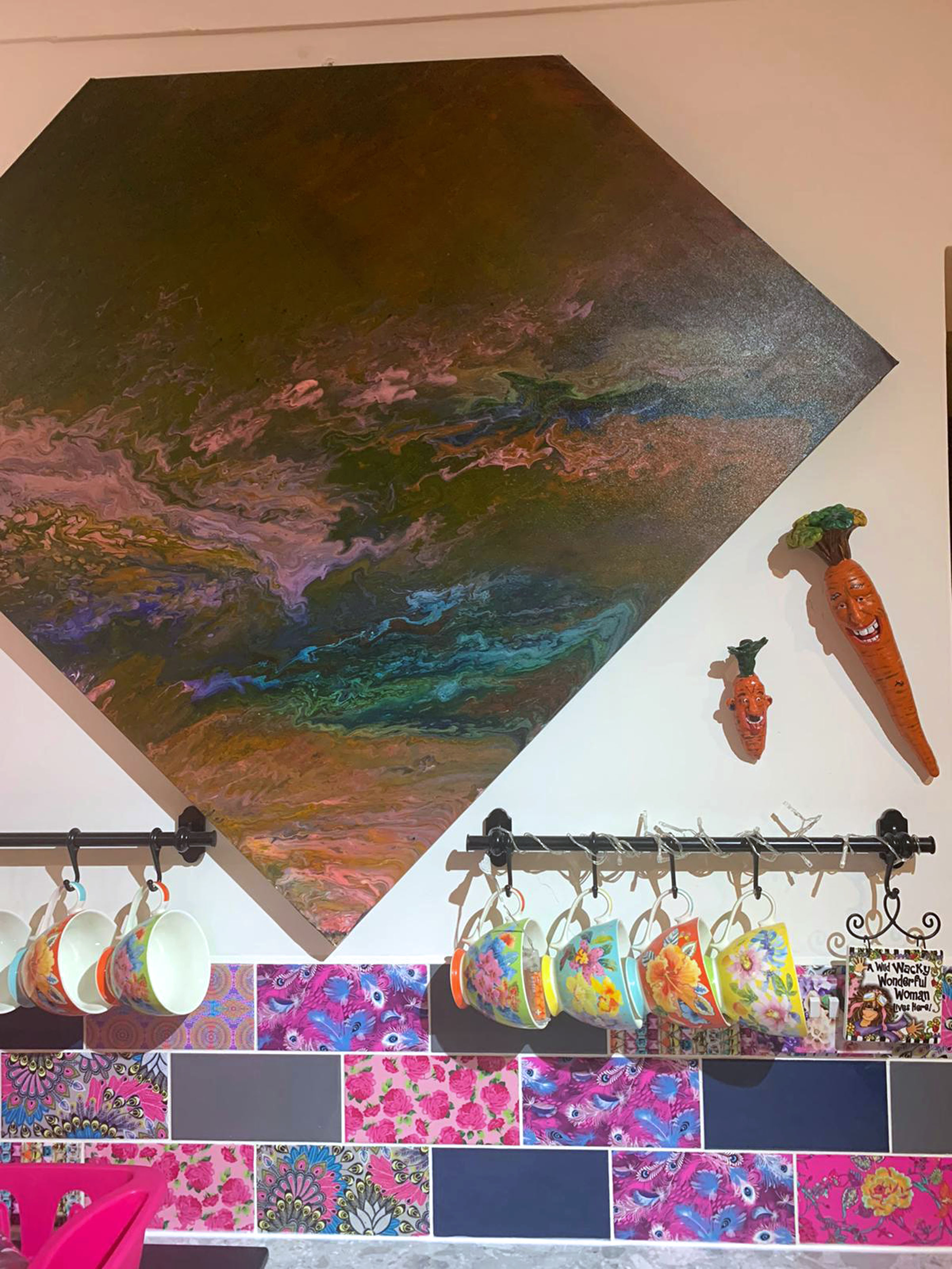 As for her ex-husband's vinyl, Sonia said: "It amuses me, it makes me laugh every time I walk in the kitchen and see them."

Needless to say, Sonia's friends and family have been blown away by her efforts.

She said: "Most of my friends have seen it as it's been coming along.

"Some people have seen photos of it and have said it's a bit mad but they've said it works when they've come in and seen it. It's bonkers and it reflects me.

"It's a hard-wearing kitchen so it should last forever.

"I feel happy just being in it. Stepping inside brings a smile to my face no matter how I'm feeling. It uplifts your soul."

For more thrifty home transformations, this mum created a Mrs Hinch-inspired kitchen using £28 Amazon sticky wrap after she was quoted £7k for a renovation.

And this woman transformed her "tatty" pine furniture with a lick of B&Q paint – and people are flocking to do the same.

Plus this mum created a stunning glittery staircase for a fiver using B&M wrapping paper.