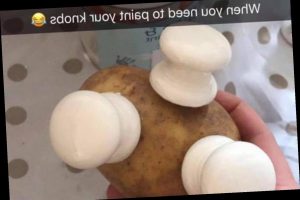 GIVING the doorway a fresh coat of paint is one of the easiest ways to refresh your living space – that said, the handles can be an absolute paint to redecorate.

Well rather than slapping on some paint and hoping for the best, one savvy DIY fan has shared their clever mess-free method. 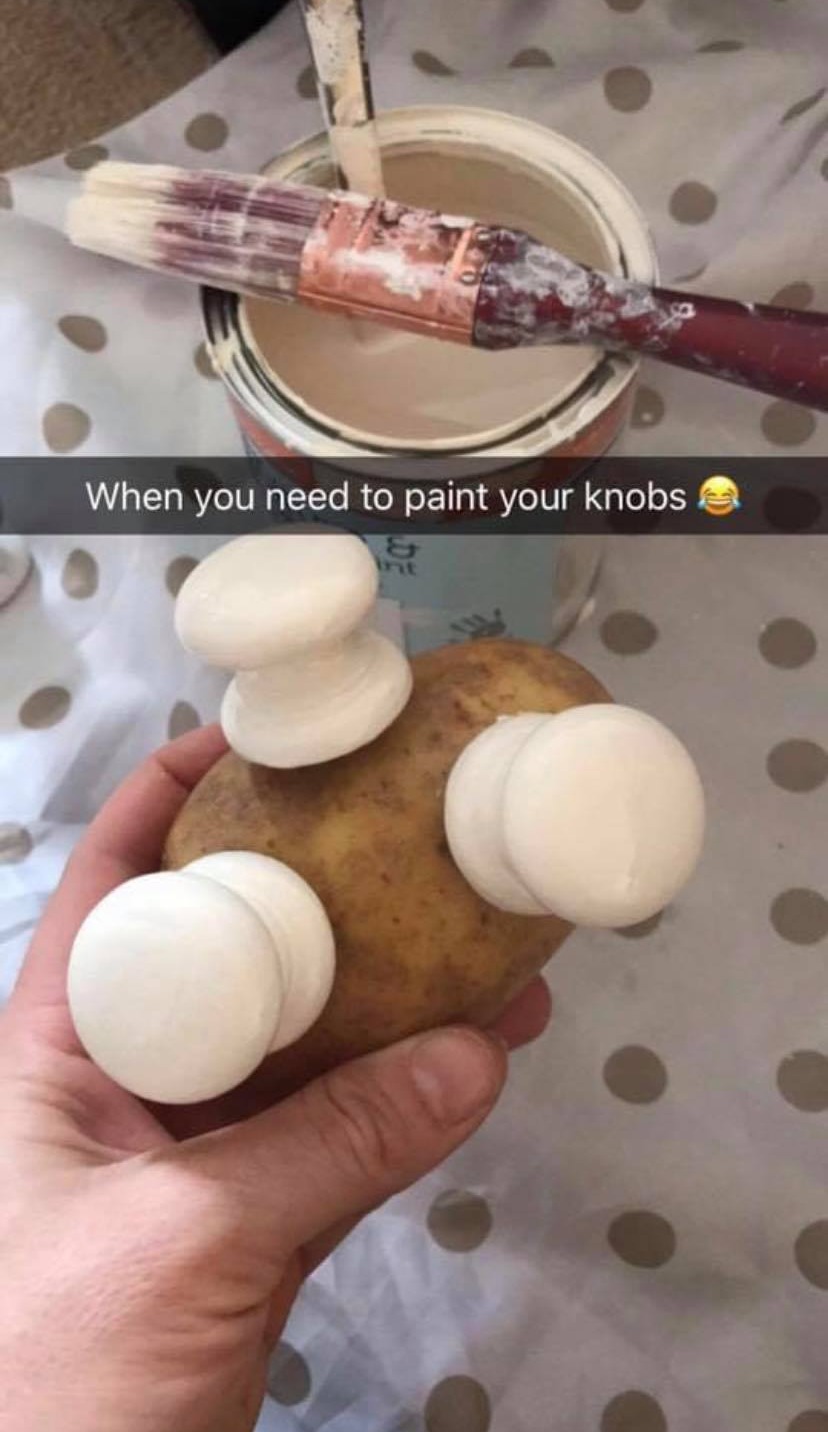 And to be totally honest, we're disappointed we never thought to do this before.

Posting on the Facebook group DIY on a Budget Official, Tanya revealed how she stuck the handles into a POTATO.

Not only did this allow her to get in all the nooks and crannies but it also saved herself making a mess on the door.

What's more, the "genius" works for any kind of handles and other members of the group were desperate to give it a try.

I never thought of putting them in a spud – such a clever idea cause it gets so messy!

One replied: "Great idea, thank you!"

Another said: "Cut a flat side on the bottom of the potato to keep it from tipping over.

A third wrote: "All jokes aside I never thought of putting them in a spud – such a clever idea cause it gets so messy!!"

Posting a picture of their method, a fourth said: "I put mine in polystyrene!"

For more amazing tips and tricks, this savvy DIY fan who couldn’t afford £360 ‘crushed diamond’ coffee table made her own using coasters from The Range.

Plus this savvy mum shared her ‘game-changing’ garlic prep tip which means she ALWAYS has it on standby.