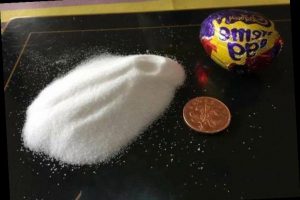 IT'S no secret that chocolate is packed full of sugar.

But it's not that easy to picture what it actually equates to. 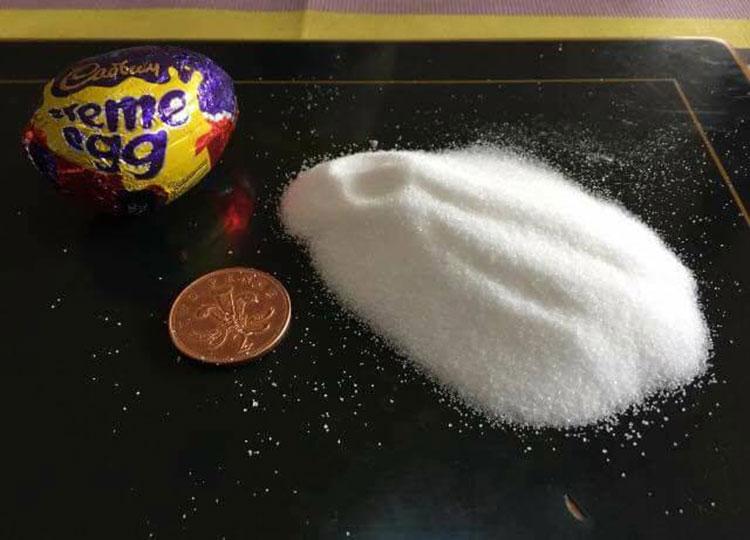 One concerned mum decided to show exactly how much a Cadbury Creme Egg contains after discovering that just one amounts to almost the entire recommended daily intake for an adult.

Rebecca Bilham measured out 26g of sugar – or about five teaspoons – and piled it next to one foil-wrapped Creme Egg.

She also placed a two pence coin next to the massive pile for comparison and posted it on Facebook with the caption: "This amount of sugar in ONE cream egg?? Surely not……crikey!"

According to the recommended guidelines from the NHS, adults should be eating no more than seven teaspoons of sugar per day.

Children should only be eating between three and six teaspoons, depending on their age, so one Creme Egg could easily surpass their daily sugar allowance. 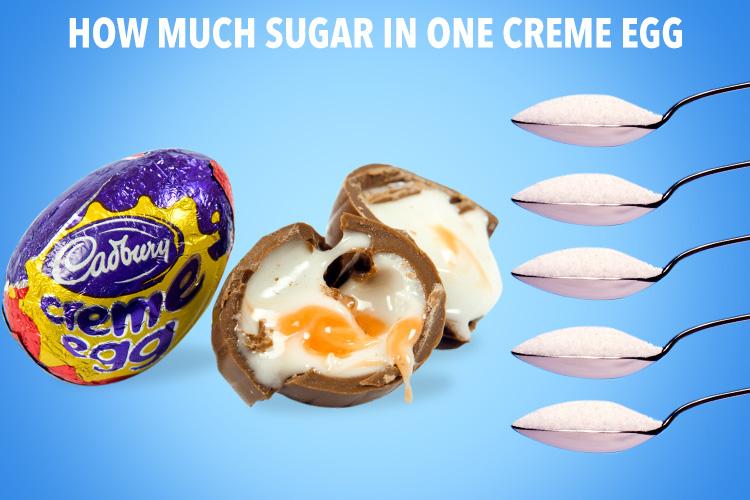 Rebecca told The Sun Online: "I found the amount of sugar claimed to be in a Creme Egg frightening to be honest.

"We all know they're full of sugar but actually seeing it in pure form it appears such a lot.

"I have let my son eat them at Easter, but I am conscious of his daily intake anyway and when you see eye opening content like this on social media it does make you stop and think twice.

"However we are chocolate lovers in our household and won't be stopping eating them completely! Everything in moderation I think."

Chels, 25, who commented on the picture, told The Sun Online: "It was shocking that that amount of sugar can be in one small egg, but I don't eat them every day, just every so often.