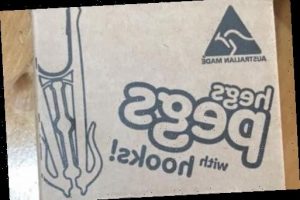 A MUM was gobsmacked when she opened up her shopping from Aldi, only to find a sinister note hidden inside.

The mum, from Australia, spotted a scrawled note on some packaging – from the prisoner who had made the pegs. 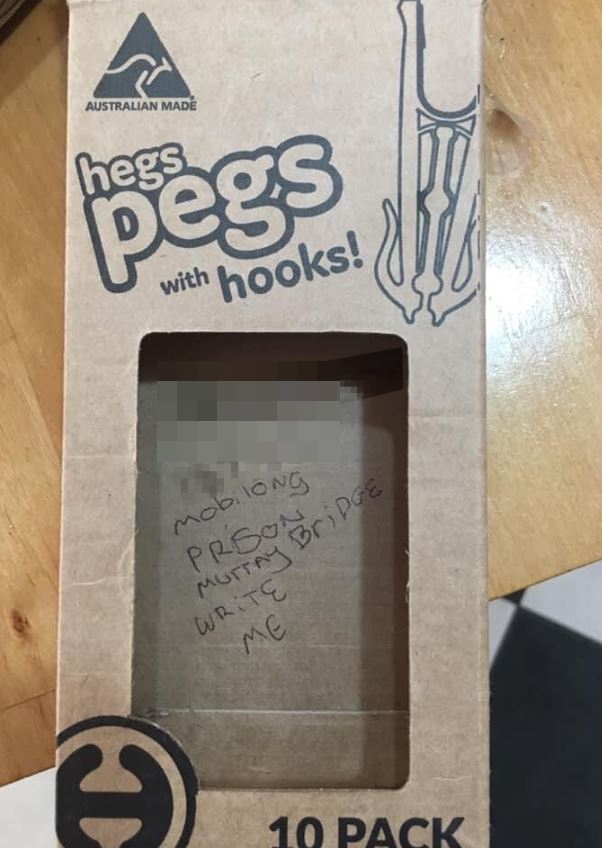 The lag included his name and prison ID number, so he could receive post.

The message was written on a packet of Hegs Pegs, which were were one of the store's sell-out SpecialBuys.

The mum was chuffed to have been able to finally get her hands on a pack, and she shared a snap of her purchase to Facebook group Aldi Mums.

After spotting the note, she wrote: “Did anyone else buy these fantastic Aussie made pegs from ALDI last week and get a secret message inside the packaging?”

In the snap the handwritten note is clearly seen, which says: “Mobilong Prison, Murray Bridge. Write me.”

The post spread shockwaves on social media, as people were taken aback by the hidden message.

One person said: “If only he knew how much attention he had from this.”

Another wrote: “All of a sudden, receives 50k letters.”

A third commented: “This bloke is going to have thousands of pen pals by the end of the day!”

A spokesperson for the SA Department of Correctional Services (DCS) confirmed to 7NEWS.com.au that Mobilong Prison produces Hegs Pegs.

A statement said that it “encourages prisoners to keep in contact with family and friends through ways such as letter writing, phone calls and visits”.

“Prisoners who have regular contact often experience greater wellbeing in prison, cope better on release and are less likely to reoffend.

And this mum reveals the adorable ‘pay packet’ her six-year-old received from builders after he helped them do their job.

Meanwhile an Alice in Wonderland or Beatrix Potter on your shelf could be worth £75k – so do YOU have a fortune hiding at home?

This neighbour demanded a mum only lets toddler out for 15 minutes a day as his giggling upsets the dogs in brutal note.

END_OF_DOCUMENT_TOKEN_TO_BE_REPLACED

END_OF_DOCUMENT_TOKEN_TO_BE_REPLACED
We and our partners use cookies on this site to improve our service, perform analytics, personalize advertising, measure advertising performance, and remember website preferences.Ok