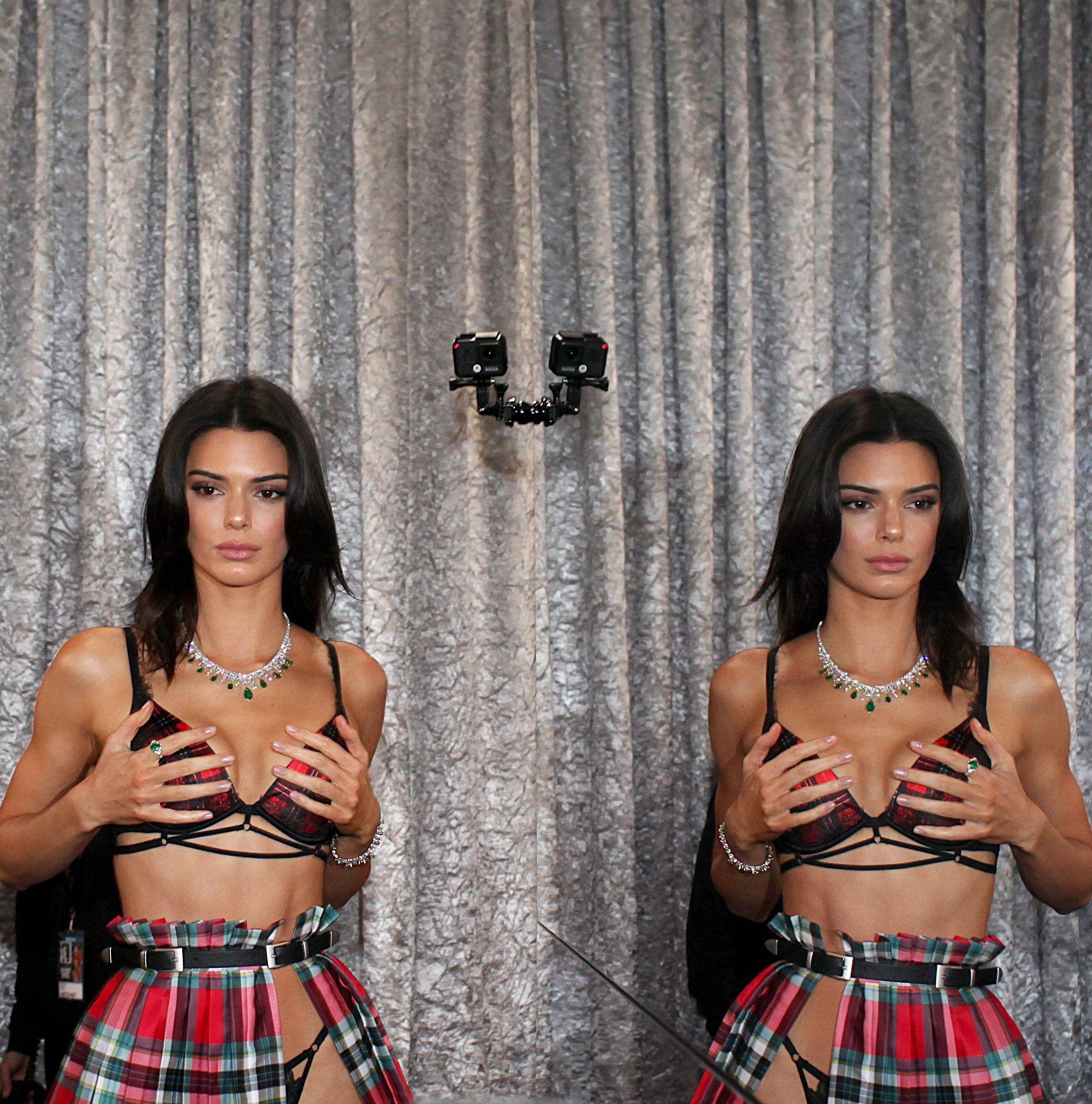 CelebFace, highlighting small but noticeable differences, revealed models have slimmed down their jawlines and waists – and in some bizarre cases even made themselves LARGER.

The account has accused Victoria's Secret 'angels' Bella Hadid, Kendall Jenner, Devon Winter and Elsa Hosk of photo-shopping their images on their own personal pages.

Thousands of fans have commented – with some saying it's helped them realise models aren't perfect.

But others have criticised the women for promoting unrealistic standards of beauty. 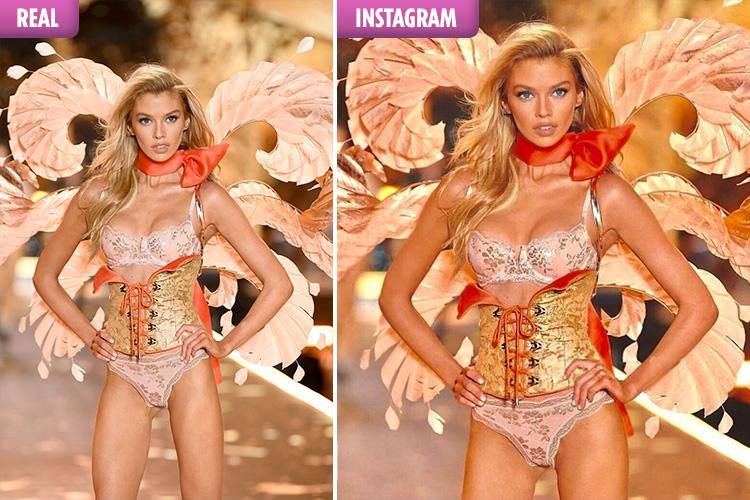 Stella reportedly made herself BIGGER on Instagram – confusing people who couldn't understand why she would do it.

con.tori  said: "As if being a Victoria's Secret angel is being beautiful enough… sad."

However, other people were more sympathetic. 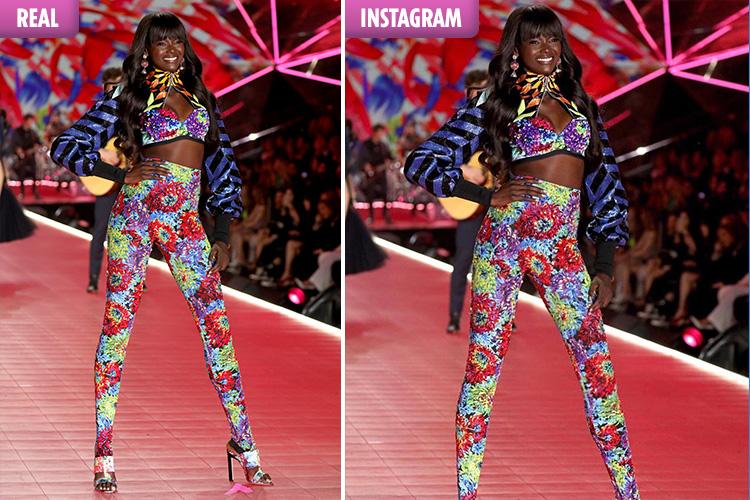 Duckie appears to have slimmed down her thighs in the picture she posted on her own page. 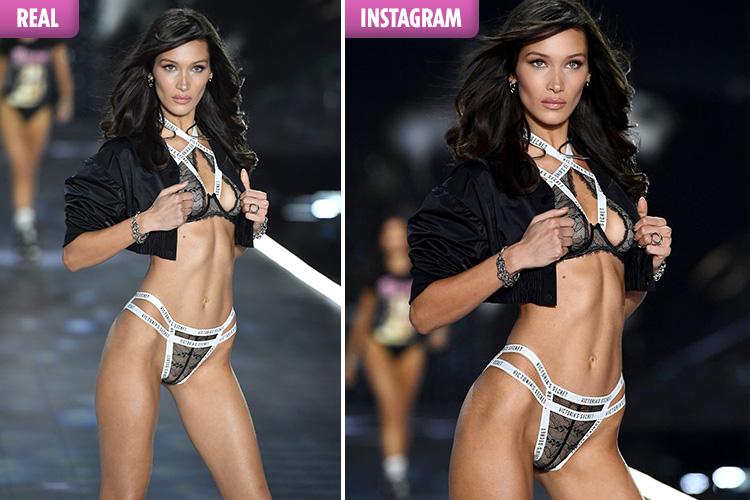 Bella was accused of making changes to her cheeks and jawline to slim them down. 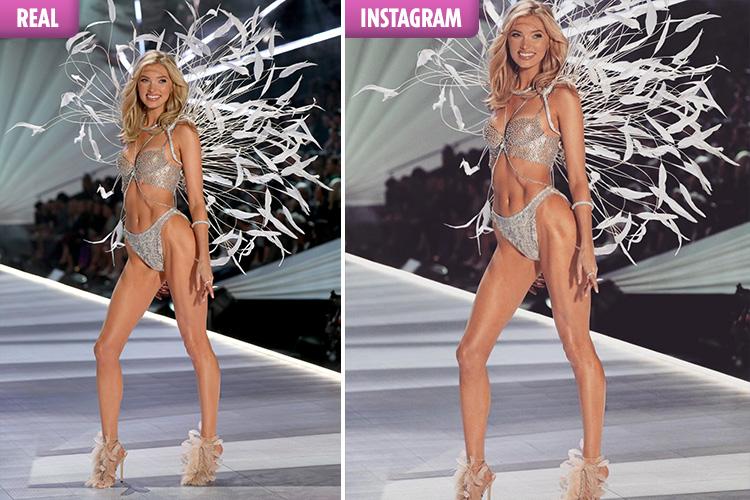 Elsa is accused of retouching her pelvic region in the pictures.

People were disappointed with her.

One fan wrote: "They make such minuscule changes when they already look great…it’s so sad." 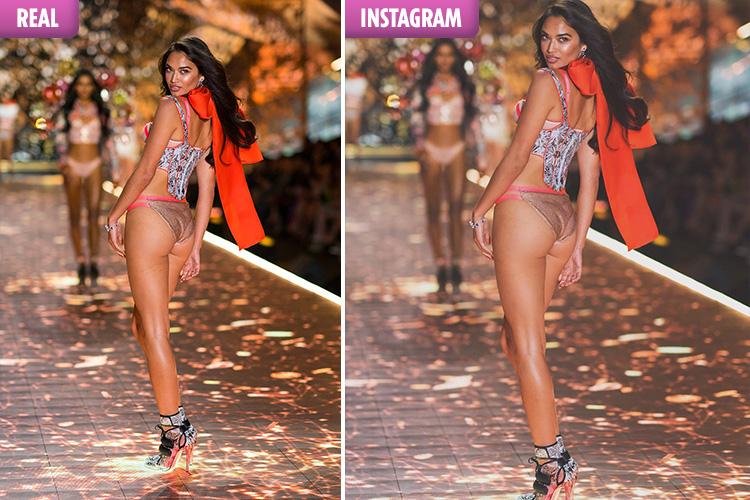 Shanina was accused by fans of slimming her waist. 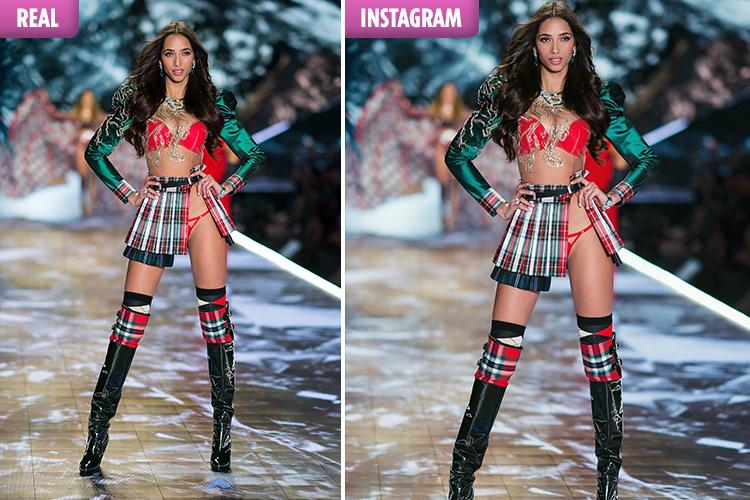 Fans said Yasmin totally changed the shape of her face. 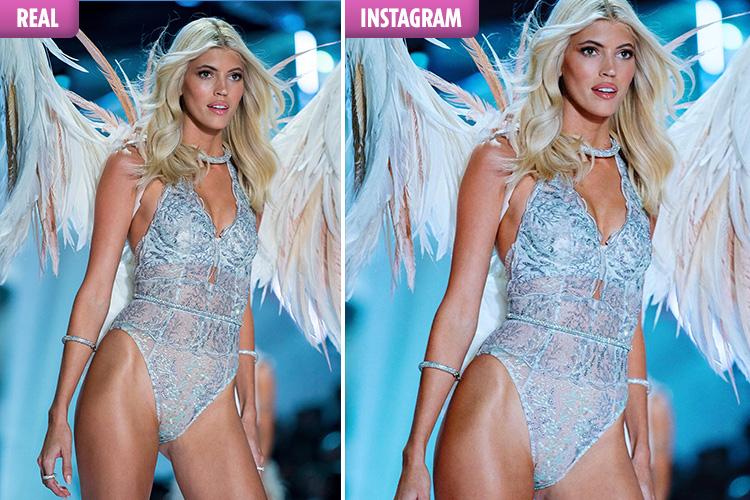 Devon is accused of slimming her stomach in the pictures she posted on Instagram.

One disparaging fan wrote: "We should call most of them 'Victoria's Photoshopped angels."

How to get in shape like the Victoria Secret’s models – angels’ PT shares 6-step workout you can do at home.