Shoes, skirts and dresses are all awash with the big cat print, with many high-street stores stocking a range of leopard print items. 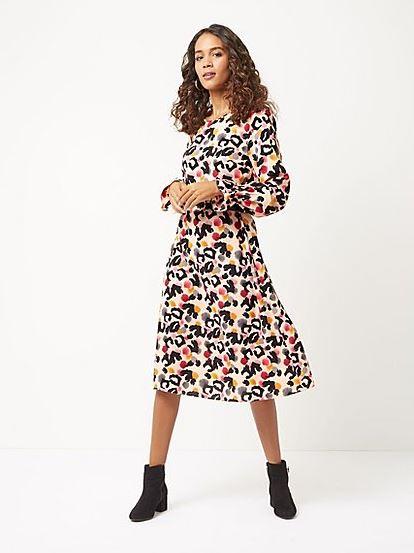 Jumping on the bandwagon, George at Asda has released a contender.

Its belted animal print midi dress is a front runner for the favourite of the season – with the popular frock being snapped up in multiple sizes.

Differing from its rivals, this dress is multi-coloured, featuring pink, yellow and grey spots, as well as black.

The website calls the dress “effortlessly stylish”, and recommends pairing it with a black boot or kitten heel.

They’ve also been leaving rave comments, with one person saying: “Had lots of compliments when I wore it recently- lovely design.”

Another said: “As soon as a seen this dress a had to have it. It's so lovely on and very flattering.”

A third gushed: “Beautiful dress bought it last week and I’m so glad I did!

“Really love the animal print and having it in different colour than the usual browns is a bonus.”

And New Look’s 22 leopard print version is back in stock – but you better move quick.

Plus New Look has also released a lilac version of its sell-out leopard print dress.