Home » Fashion » Shoppers stunned after parents dump ‘flailing’ baby on floor on food hall as they eat, adding ‘she’s not a dog’

SHOPPERS were left shocked after seeing new parents dump their “flailing” baby on a hard floor as they tucked into a meal in a shopping centre food hall.

Passersby captured the youngster lying on the ground, with the “parents” chatting to one another and looking unconcerned during their meal. 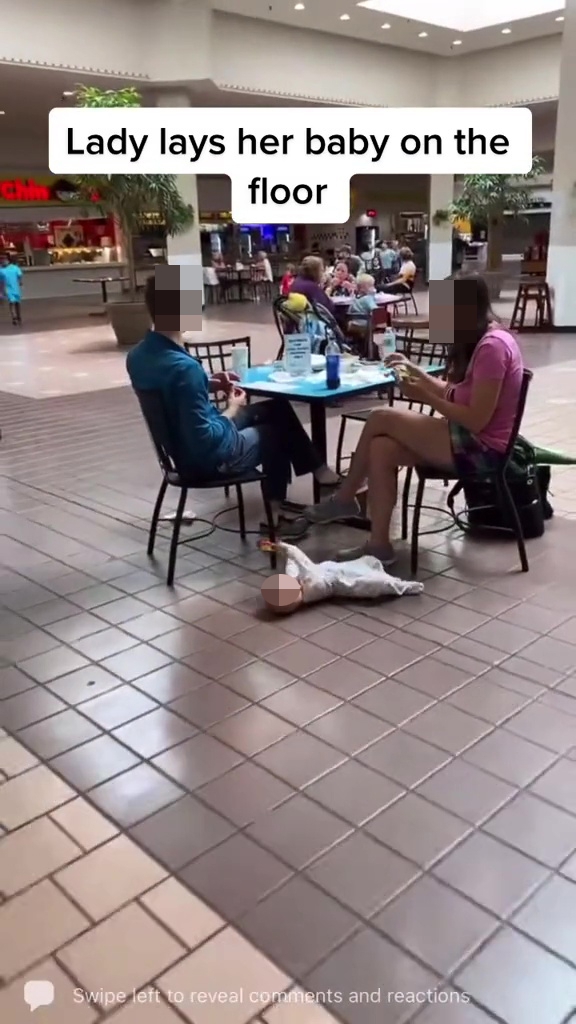 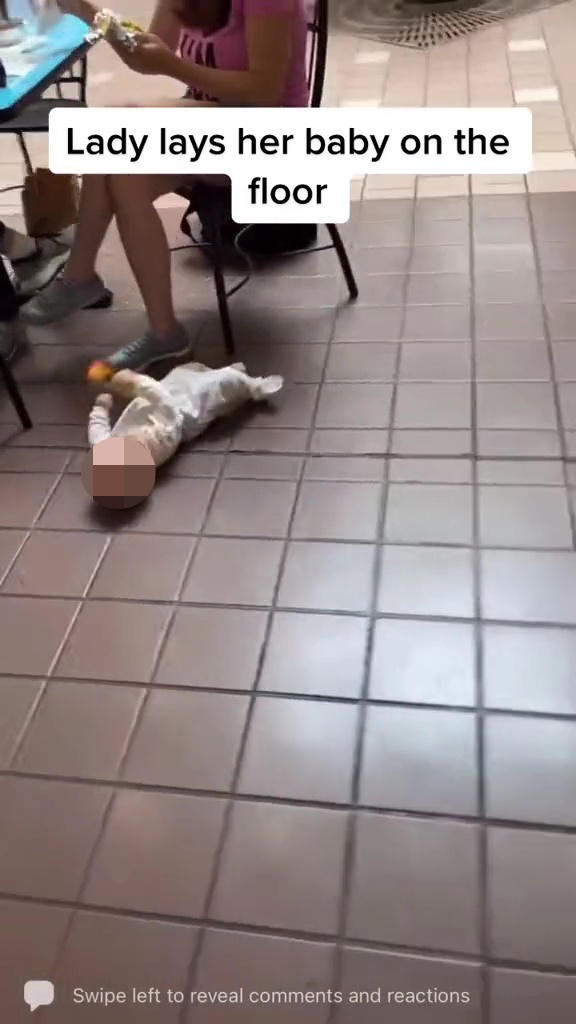 The moment was captured by a shopper who could be heard muttering in disbelief: “Are they for real for real, or for fake?”

The footage was uploaded to TikTok by user @wclipsto, and it has sparked numerous comments from stunned viewers.

One observer even added of the tot: “She’s not a dog.”

Another said: “Oh this has me so mad.”

A third wrote: “Someone needs to rub their faces on that nasty floor so they understand.”

Others pointed out that she could have put a blanket under the child so the tot wasn’t lying directly on the ground. 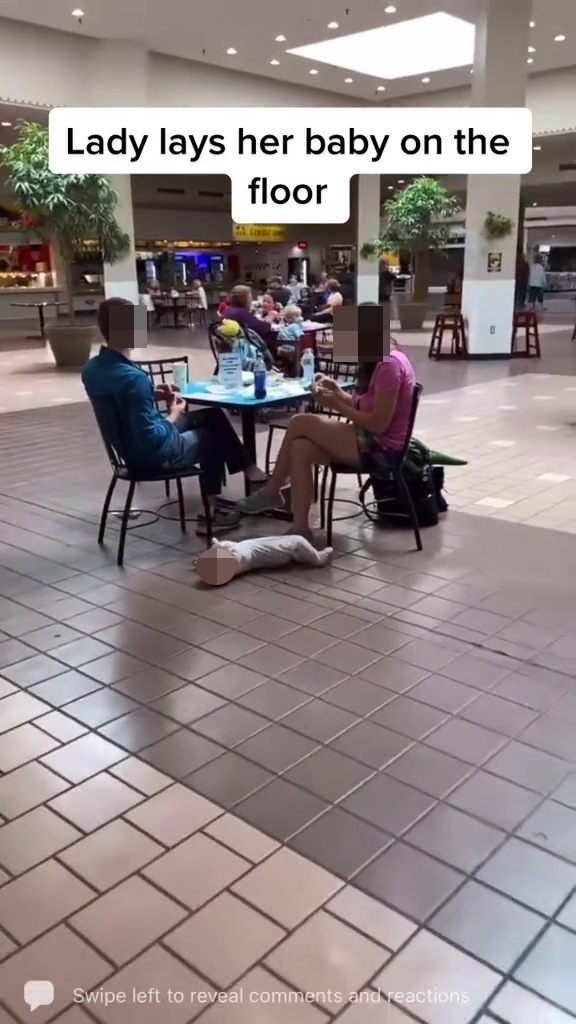 Previously, a mum was shocked when her sister-in-law demands she pay for Gucci top which was ‘ruined by her baby’s vomit’.

And this mum was slammed for ‘unrealistic’ sleep training routine for NEWBORN baby.