The teeny newborn – who hasn't yet been named – was born last August weighing 0.59lbs – less than a block of butter. 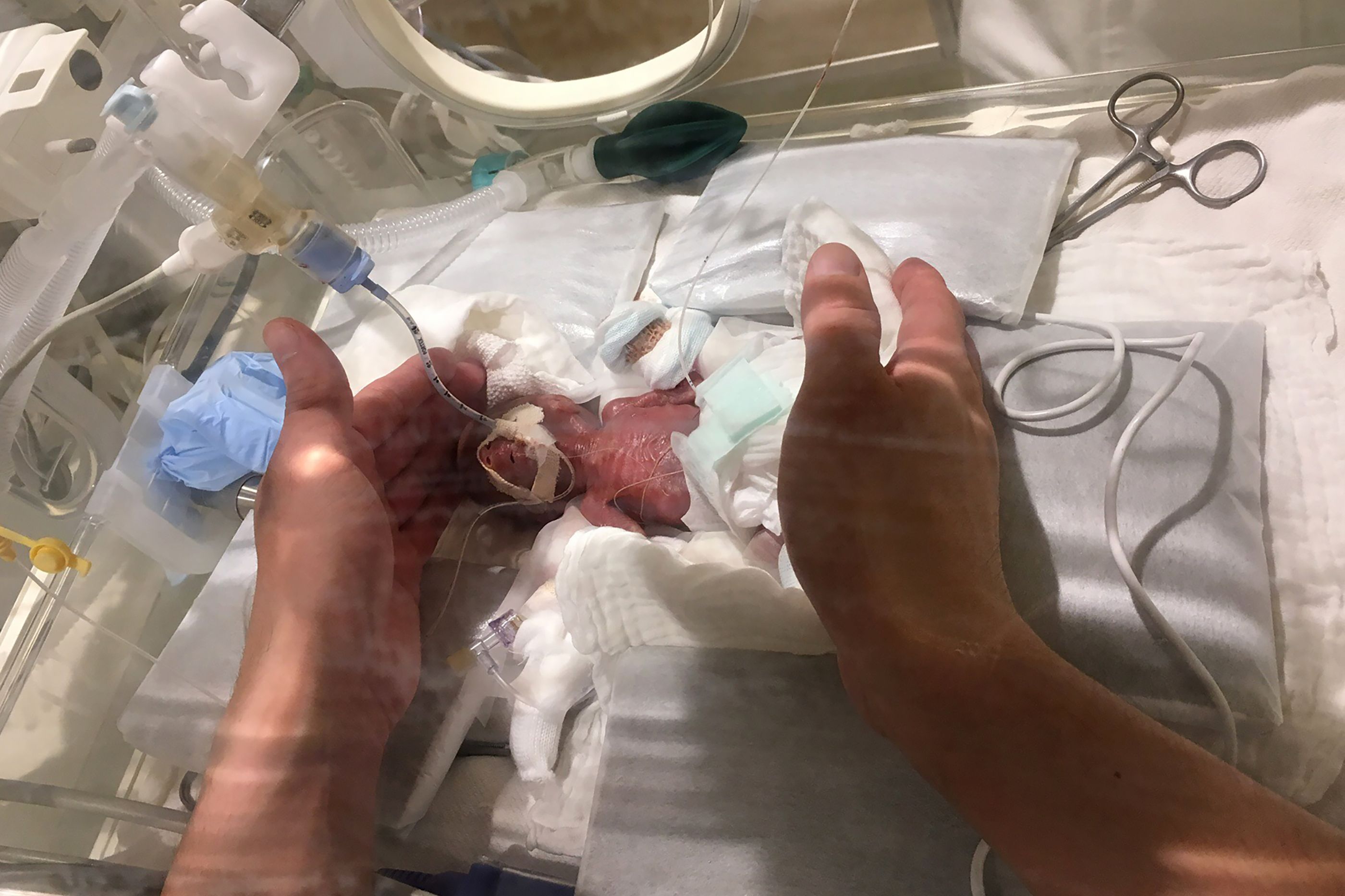 He was born via emergency c-section at Keio University Hospital in Tokyo after doctors noticed that he wasn't growing during a 24-week scan.

They decided to operate for fear that his life might be in danger.

The baby, who could fit into his doctors' hands, was treated at a neonatal intensive care unit where medics got his weight up to 7.14lbs (3.2kg).

And last Wednesday, he finally left hospital – two months after his actual due date. 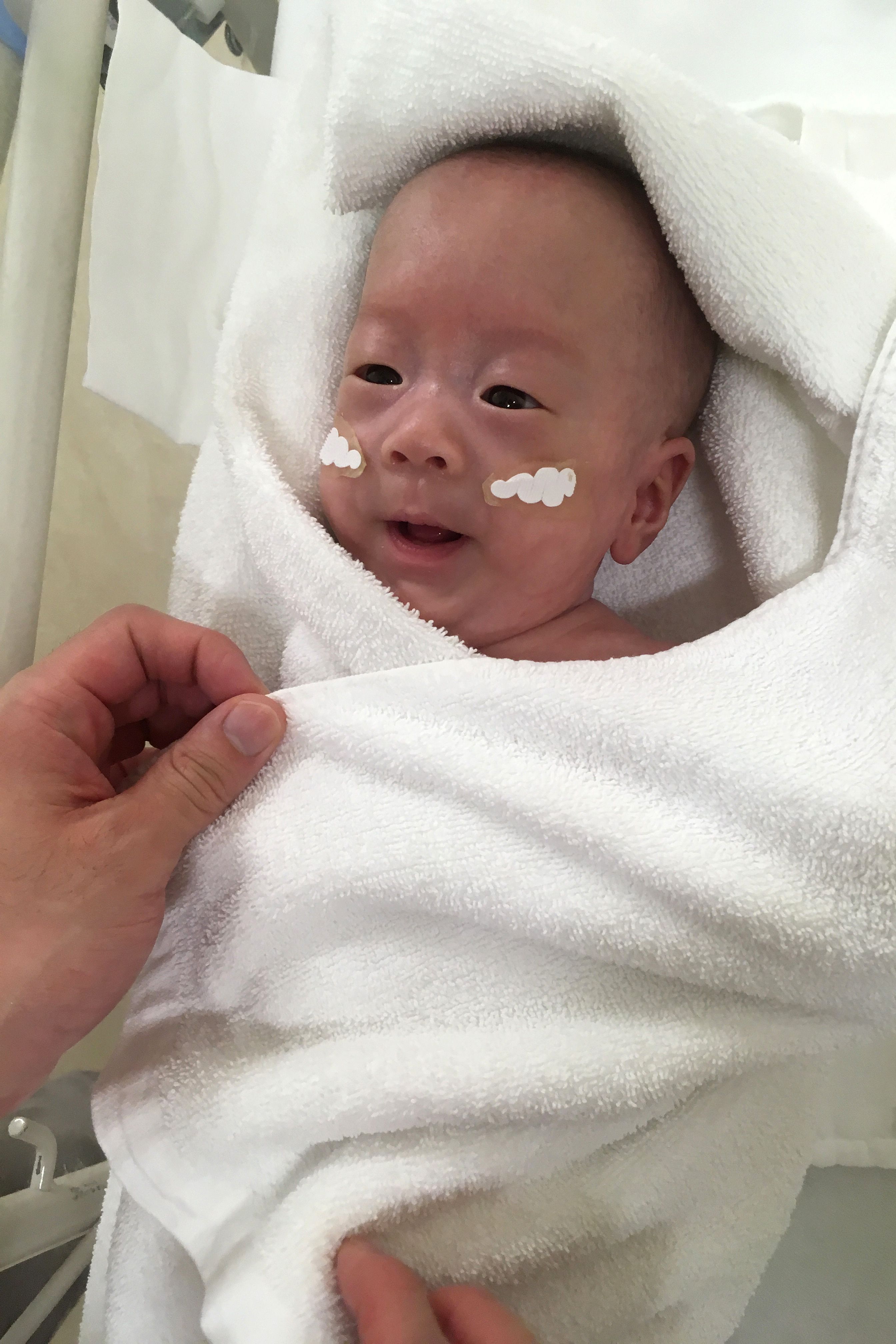 The little boy was kept in hospital where his weight and breathing could be monitored, and where he eventually got the strength up to start breastfeeding.

The paediatricians who treated the baby are hoping that his incredible success story will give hope to parents whose children are born very prematurely or too small to go home immediately.

"I want people to know that babies can return home vigorous even if they are born small," Dr Takeshi Arimitsu told Kyodo News.

This little baby takes the crown for the smallest baby in the world from the previous record-holders in Germany. 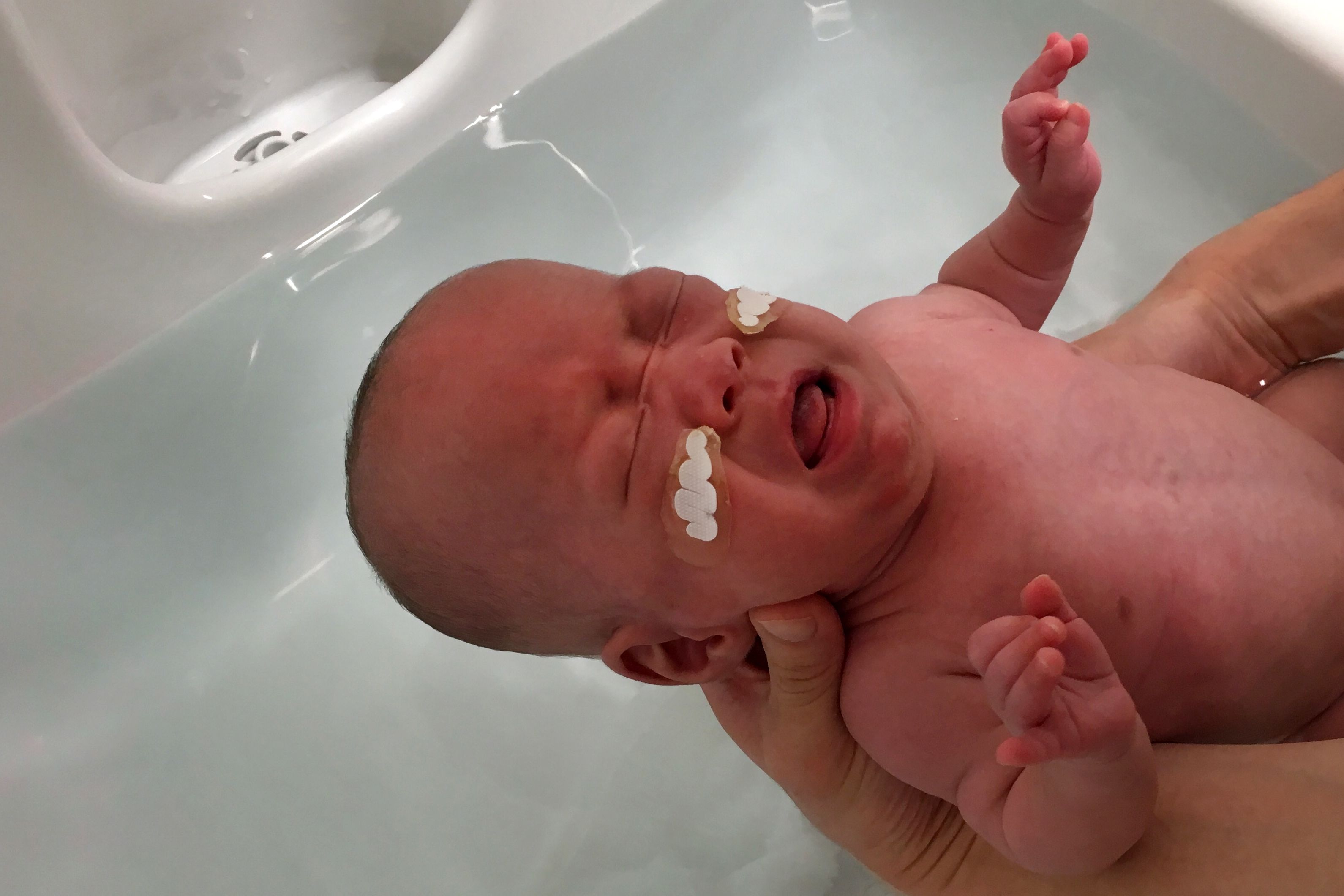 The smallest boy recorded was born in 2009 in Germany, weighing 0.6lbs, while the smallest girl was born in the same country in 2015 and weighed 0.55lbs.

The survival rate of babies born weighing less than 2.2lbs is around 90 per cent in Japan but that drops dramatically for boys born weighing under 0.66lbs.

There are a number of reasons why you might have a very premature baby.

It could be that there's something wrong with the placenta or your uterus, in which case doctors may think it best to deliver your baby early.

Tommy's says that up to 10 per cent of premature births are caused by pre-eclampsia and eclampsia, while having diabetes, carrying more than one baby or having an infection like a UTI, STI or food bacteria can prompt early deliveries.

Lifestyle factors such as smoking and obesity can also up your chances of having a premature birth – but that definitely does not mean that most women who have to have their babies delivered early are to blame.