Home » Fashion » So Many Celebrities Swapped Stylists in 2021

So Many Celebrities Swapped Stylists in 2021 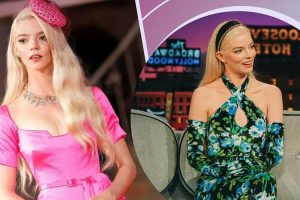 Did you go through a breakup during the pandemic? So did some of our favorite celebrities — but not with their romantic partners. Instead, several of the best dressed women in Hollywood and beyond switched up their stylists, a.k.a. the fashion professionals tasked with building their visual identity on red carpets, album covers, magazine pages, and even paparazzi photos. (Because stars may be just like us, but there's a reason they wear a full Vuitton look to the deli.)

That's partly why when celebs emerged from their cashmere-padded cocoons in 2021, some of them looked and even felt a little different. And since it's been scientifically proven one's personality can shift during major events ("You can be a different person after the pandemic," blared a viral New York Times story in 2021), it's no surprise that personal style can also take a new turn… or a total 180, as the case may be.

"If we don't feel confident in what we're wearing, it stresses us," Dr. Carolyn Mair, a fashion psychologist from the London College of Fashion, explained on the American Psychological Association's podcast. "Which means we won't have the cognitive capacity to deal with [a] problem at hand." And in 2021, we collectively had a lot of problems… and also a lot of new clothes to choose from, as designers stepped back onto the runway (Prada, Proenza Schouler, Chanel…) or created innovative video presentations akin to mini-movies. (Perhaps Moschino's mini-musical with Karen Elson did it best!)

Which is to say, if 2020 was the year we swathed ourselves in so many sweatsuits that entire new brands were born, went viral, and shuttered already, 2021 was a metamorphosis moment that called for not just new clothes, but entirely new fashion philosophies — ongoing pandemic or not.

Here are six style icons who changed their stripes (and spots, and plaids, and hemlines) in 2021, and the masterminds behind each transformation. For years, Mrs. Bieber's signature style — part New York moto jackets and Levis, part Beverly Hills tweed and diamonds — was in the hands of Maeve Reilly, who helped the Arizona-born model grow (and glow) into a modern supermodel icon. Among her signatures: cropped skirt suits in green and purple a la Cher Horowitz, bandeau tops that flashed her perpetually bronzed skin, and a trove of bodycon mini-dresses that channeled '80s bombshells like Christie Brinkley. The apex of Bieber and Reilly's glorious collaboration? A dress that featured a beige pencil skirt and twisted halter top from LaQuan Smith, which Bieber wore while greeting the president of France. (Some cried scandal, but let's be real — Carla Bruni was the country's first lady, and she'd wear that 'fit in a heartbeat if she had it first.)

Upon returning to Les États Unis, Reilly continued her gasp-worthy fashion work with Megan Fox and Lori Harvey. Meanwhile, Bieber (who remains a friend) made a stylist swap and began working with Karla Welch, a longtime fashion insider who was already styling Hailey's husband, Justin, along with flashbulb heavyweights like Tracee Ellis Ross and Lorde. In this new era of Double Bieber Style Domination, she continues her dream girl vibe, albeit with a bit more structured suiting, Prada loafers, and all-black ensembles. There was also a major catsuit moment in Miami, where Bieber wore a blue floral piece from Saint Laurent that didn't just stop traffic — it pretty much stopped the ocean tides for a second, too. You can also thank Karla Welch for Hailee Steinfeld's early style streak, including the striped Prada dress she wore to the 2011 SAG Awards that made her a fashion darling. But Steinfeld has more recently been working with Mimi Cuttrell, the trusted trend priestess behind Gigi Hadid and Normani's recent smash hits. Cuttrell paired Steinfeld with slinky, luxe knitwear from Akris and Vera Wang. Rob Zangardi — who ensures Lily Collins looks like a million Euro in her Emily in Paris promo outfits — also dressed Steinfeld in some stunners, including a black Giorgio Armani gown at the Venice Film Festival.

But if you're looking to salute the person behind Steinfeld's recent high-key looks for the Hawkeye press tour? Tag Jason Rembert. The deep purple David Koma London suit that electrified the New York red carpet? Jason Rembert. The bejeweled Bronx and Banco corset dress that looked like it belonged in a space-age saloon? Jason Rembert. Ditto the Richard Quinn babydoll dress and polka dot H&M catsuit from the British Fashion Awards. And the head-to-toe Marc Jacobs sweater set that made "cozy season" a fashion debate? Mr. Rembert indeed. The Daily Mail even called it "bizarre," which means Ms. Steinfeld is doing everything right. It's hard to improve on perfection, but calling Law Roach is often how it's done. The image architect for stars like Zendaya and Céline Dion put his magic lens on Kerry Washington this year, with showstopping results. Witness the custom Etro gown and matching vintage swim cap that the actress wore into her swimming pool (!) during April's SAG Awards. Then there was the crystal-studded Prada dress the 44-year-old wore to the Baby 4 Baby charity gala that was part '60s, part space age. (And all gorgeous, because: Prada.) Washington also sported an archive piece — that's fashion-speak for vintage — from Ralph & Russo, the London label that was the first-ever British label on the notoriously elite French couture schedule. But instead of looking fussy, the striped metallic dress looked casually expensive, as if Washington picked it off the floor of her yacht and headed out for the night.

Before working with Mr. Roach, Washington collaborated with Joseph Cassell, who put the New York native in figure-skimming dresses from Prabal Gurung and sequin jumpsuits by Elie Saab. He's also the fashion titan behind Taylor Swift's many (many, many) looks, so if you need to borrow a cardigan, or mini-length anything… This year, Anya Taylor-Joy scored an InStyle cover and a coveted CFDA Fashion Award — and with good reason. The Queen's Gambit star has skyrocketed to style icon status, winning an ad campaign with Tiffany & Co. and a "global ambassador" role at Dior, a position previously held by Rihanna. With her wide-eyed features and background as a fashion model, Taylor-Joy brought, uh, joy to every look created by Law Roach, including the drop-everything-and-stare gown at the April Golden Globes, plus a Barbie-pink Dior dress at the Venice Film Festival that came with with a matching satin cap. (It looked like the couture version of cupcake frosting.) With equal parts sweetness and opulence, Roach built a fashion vocabulary for the Argentinian blonde that set her up for incredible style success.

Will it continue in 2022? Inevitably — but it might look a little different. That's because Taylor-Joy has swapped stylists to… herself. The actress is credited with creating her latest looks alongside Paul Burgo, an editorial stylist and designer for Factory New York. With their collab comes some OTT red carpet moments, including a felted pastel femme-bot moment from Rokh and a peplum Oscar de la Renta suit paired with a leopard Gigi Burris pillbox hat. Both retro-but-better moments were served up in purple, the color of royalty — and also the Pantone color of 2022. Forward-thinking, indeed! The gold sequin Dior dress worn by Jennifer Lawrence during the 2018 Oscars is so iconic, it's currently on display at the Brooklyn Museum. But before it became a work of art, it was all in a day's work for Jill Lincoln and Jordan Johnson. The prolific duo ensured that J. Law looked fresh, cool, and just insouciant enough to continue endearing herself to her Millennial and Gen-Z audiences. That's not hard, considering the 31-year-old is America's dream best friend… albeit one with Rosie Assoulin cocktail frocks and Magda Butrym wrap dresses.

Those hauls were courtesy of J&J — as are the coveted wardrobes of current clients like Kiernan Shipka and Jennifer Garner — but Jennifer Lawrence is now working with Kate Young, who's famous for growing up Selena Gomez's style and keeping Margot Robbie in a steady stream of Chanel. So far, the results have been stunning, with a polka dot Oscar de la Renta gown and a shimmering Dior cape dress as highlights. And yes, Lawrence is now pregnant and still pulling off fantastic outfits' proving that some of us can have it all (at least those of us with a movie star salary and rotating cast of top tier stylists). The rest of us? Well it's fun to watch.