Home » Fashion » Sophie Turner Wore a Silk Jumpsuit to Her Surprise Wedding, and One Can Only Aspire to Look That Cool

Sophie Turner Wore a Silk Jumpsuit to Her Surprise Wedding, and One Can Only Aspire to Look That Cool 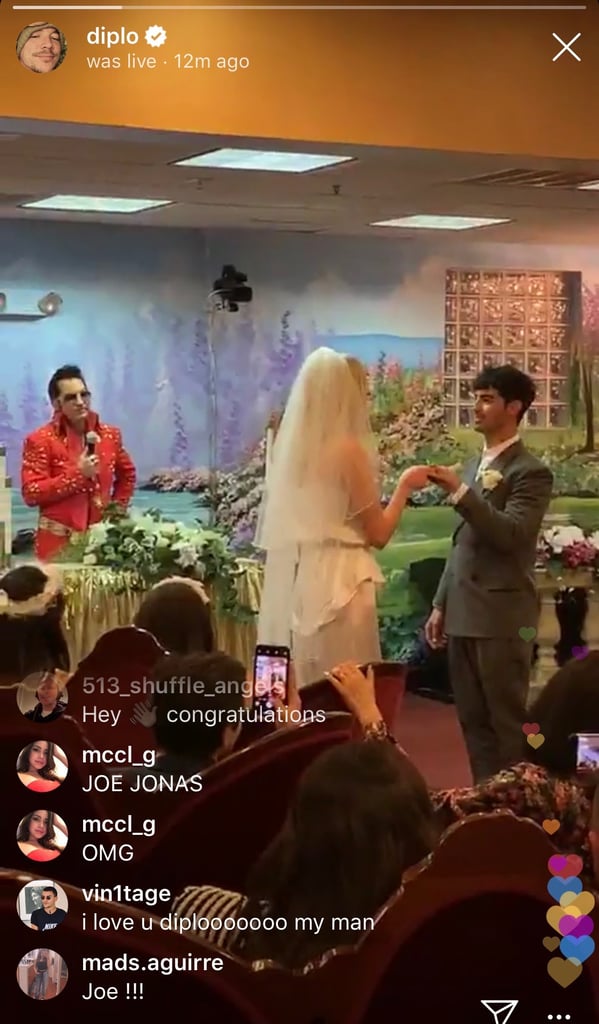 Surprise! Sophie Turner and Joe Jonas are officially married. The adorable couple, who got engaged back in October 2017, made things official in Sin City, thanks to an Elvis officiator. If you’re thinking this is a prank, you’ll be happy to know that E! News confirmed that the couple did in fact obtain a marriage license on May 1. They were already in Vegas for the Billboard Music Awards, where Joe performed with his brothers on stage. Thanks to Diplo, we got to see the nuptials and Sophie’s amazing wedding dress firsthand since he live streamed the whole ceremony.

Sophie walked down the aisle to a live performances of Dan + Shay’s “Speechless” wearing a sleek, silk white jumpsuit by Bevza. She completed her look with white heels, a sheer veil, and a bouquet of white flowers. Joe beamed happily in a suit while Sophie walked toward him, and they exchanged vows with Ring Pops — pretty amazing, right? Priyanka Chopra, who appeared to be a bridesmaid, was also in attendance. The couple reportedly were planning a Summer wedding in Europe, so maybe we’ll see Sophie in another amazing wedding dress then. Read on to check out all angles of Sophie’s chic wedding outfit.