Ruth, who lives with 10 other people at Lancaster University, hit a tipping point when she was forced to empty the rubbish for the fourth time in a row – and got soaked in the rain in the process.

Deciding to use a bit of humour to attract their attention, Ruth created a free survey and sent it to their group Whatsapp.

"It'll take like 30 seconds and it's on a subject that's really close and dear to my heart."

The witty moan was posted on Twitter by her flatmate India, who said: "if anyone wanted an insight into living with students, my housemate has just sent this survey to the house chat for us to fill in". 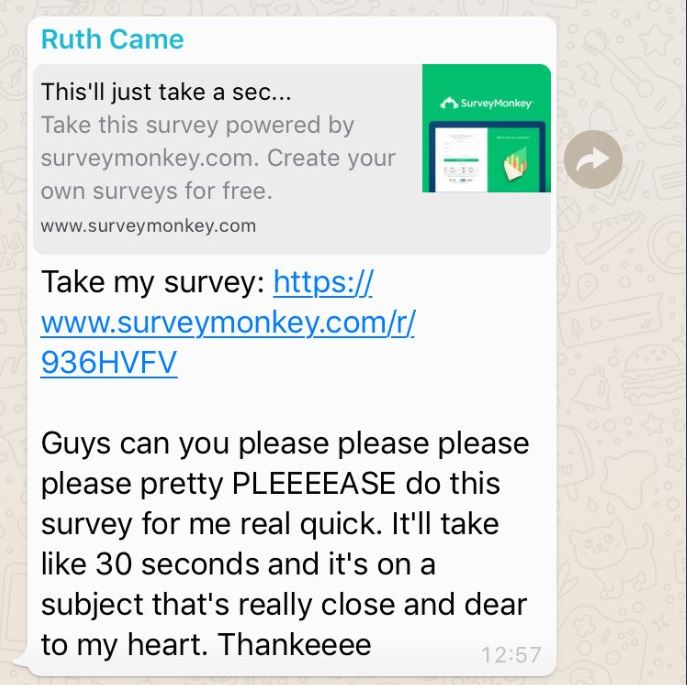 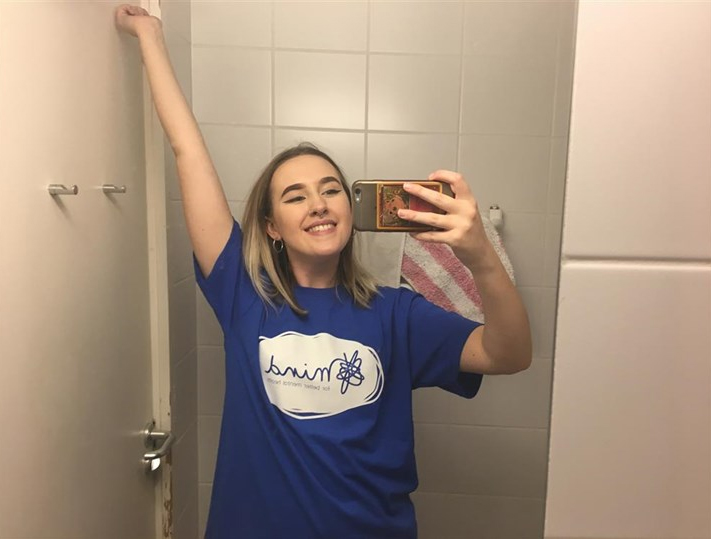 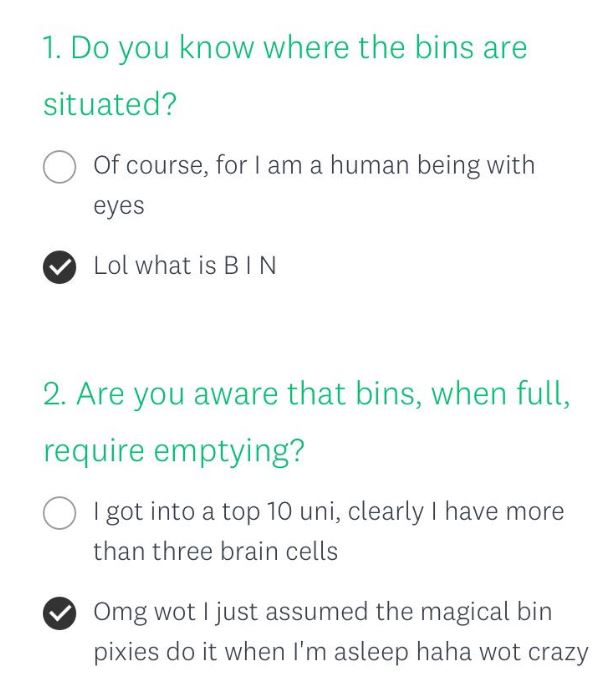 The first question asks: "Do you know where the bins are situated?" and has the multiple choice answers: "Of course, I am a human being with eyes" and "Lol what is B I N".

While the second said: "Are you aware that bins, when full, require emptying?"

The answers include: "I got into a top 10 uni, clearly I have more than three brain cells" and "Omg wot I just assumed the magical bin pixies do it when I'm asleep haha wot crazy".

Ruth then asked: "So how about emptying those bins once in a while, eh?" with two different answers both essentially saying "yes".

She finished by asking: "Did I create this survey PURELY because I'm salty about emptying all the bins for the fourth time in a row and wished to communicate this in a passive aggressive yet mildly witty way?" – again only giving her pals the option to answer "yes". 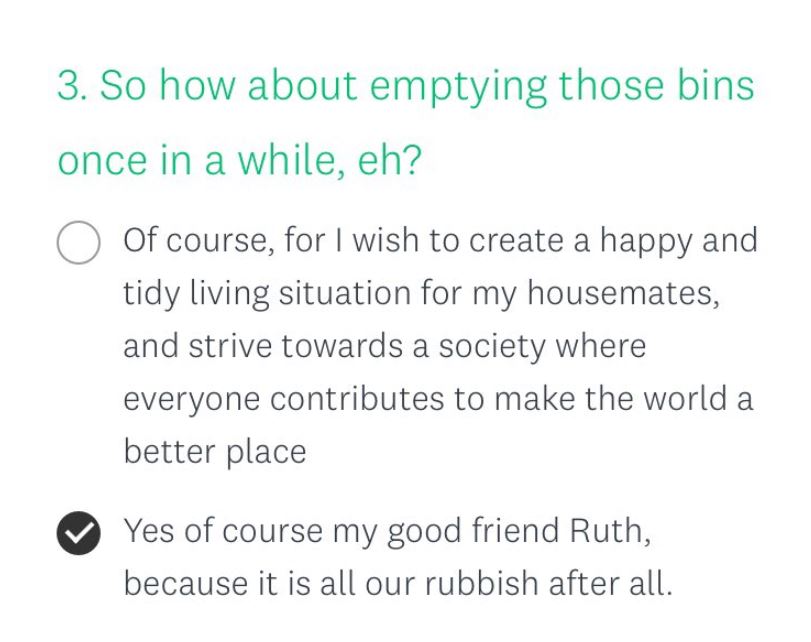 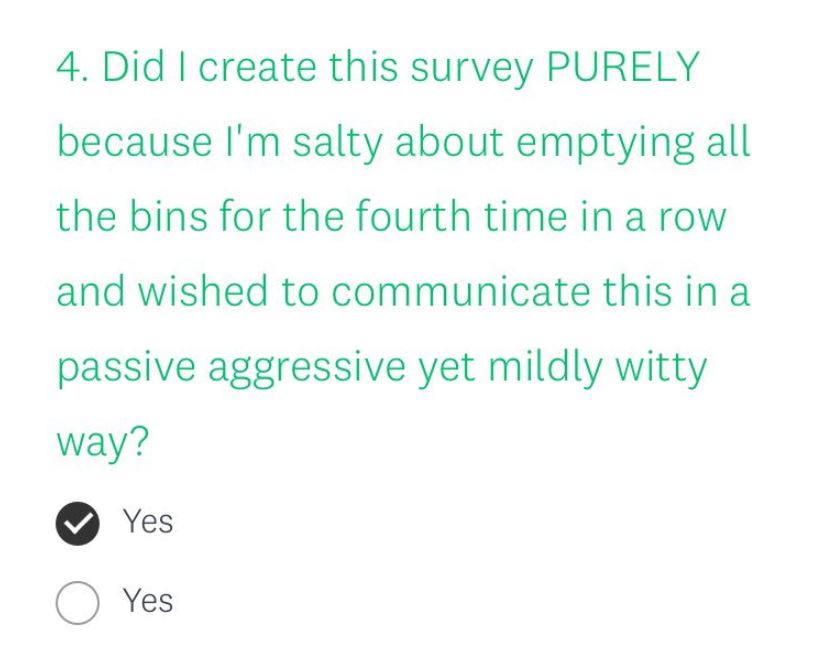 India told Metro: "There’s 11 of us in the house, and only a few of us really pull our weight, which is what led Ruth to make the survey because it’s so annoying feeling like the only ones who do any work.

"The tipping point was that Ruth had taken the bins out about four times in a row.

"I was in the kitchen with her and she was adamant she wouldn’t take the bins out again but then couldn’t bear to look at the overflowing bins so ended up taking them out.

"It was raining so she came back in soaked through with soggy slippers and that’s when she made the survey.

"Everyone in the house thought it was HILARIOUS although it hasn’t made any difference at all because the bin is still overflowing and nobody is rushing to empty it."

We previously revealed the celebs who absolutely love taking the bins out in their undies and PJs – from Katie Price to Kim Kardashian.