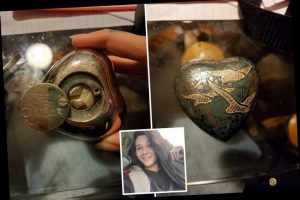 A MUM has made a shocking discovery after realising a seemingly innocent paperweight she bought five years ago is actually an urn – and it has somebody's ashes in it.

Jessica Roberts, from Wellington, New Zealand, picked up the heart-shaped ornament at a carboot salefor just $1 (50p) when her son begged her to get it, but has since tracked down the family who owned it to give it back. 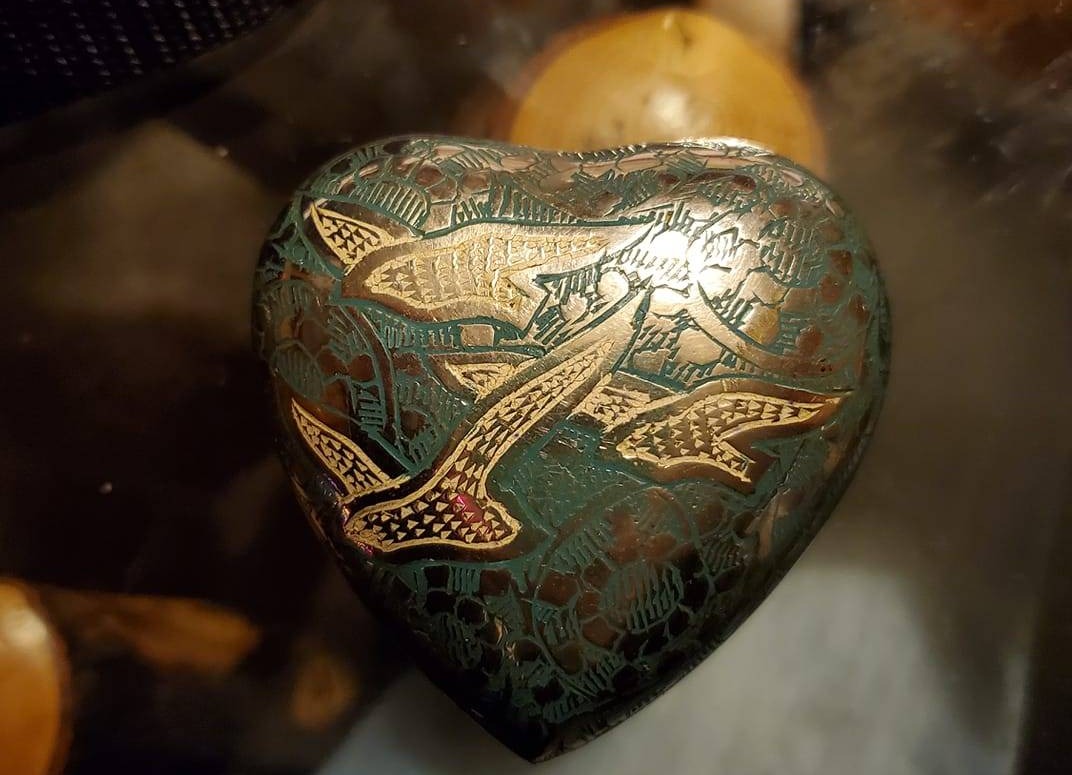 The woman took to Facebook to share the moment she first realised the item wasn't a paperweight at all, and that it was in fact used for holding ashes.

She explained that her son had found it and wanted her to buy it so he could give it to her – which she agreed to as it was so cheap.

However, it wasn't until a while after that she was browsing Amazon and came across some similar items for as much as $30 (£15).

“I see the same paperweight being sold for $30 and click on the picture to see what is so special about it and well it’s a type of urn for small amounts of human or animal ashes,” she wrote. 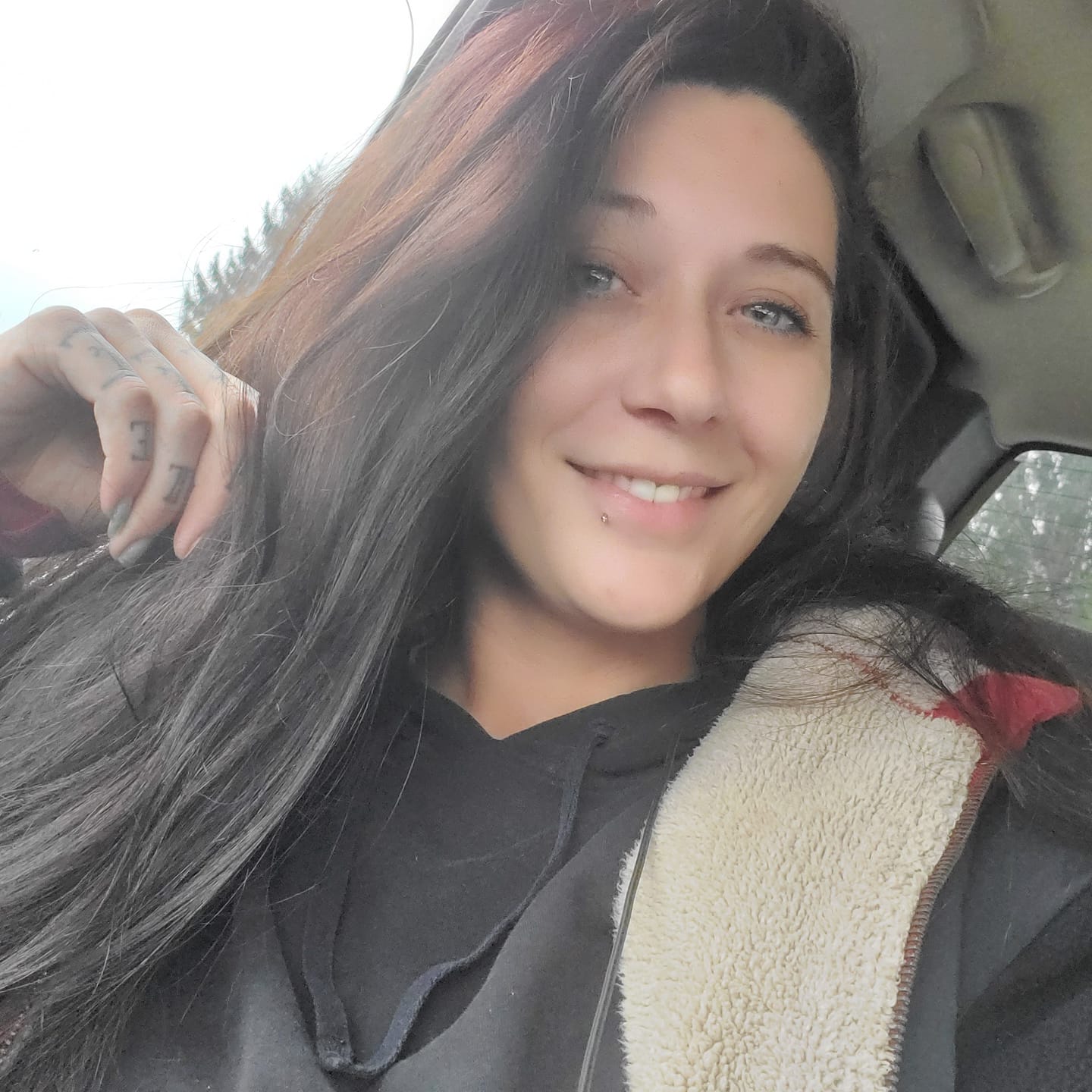 She continued: “Now I don't know what to do, I had noticed before that there were screws and a cover on the bottom and assumed it was for sand or something….do I open it? Do I throw it away?

“If I've learned anything from horror movies this is how you get haunted.”

Her followers were instantly intrigued, too, which many suggesting she find out who it belongs to.

“Maybe try to find who it belongs to," one person said." It may have been sold by accident or they didn’t know what it was either but might be happy to have it once they realise who it is”.

Upon opening it, I discovered that there were, in fact, remains inside.

Jessica decided to open it up and that's when she noticed the ashes.

Speaking to Bored Panda, she said: "So the next morning, when I woke up for work, I decided to peek inside to see if there was anything inside.

“Upon opening it, I discovered that there were, in fact, remains inside.”

While there was no way of knowing who they belonged to, Jessica turned to Facebook again determined to reunite the ashes with the family.

Incredibly, after sharing snaps of the heart-shaped urn online, it took just one day before Jessica found the owners – with a little help from a local paper. 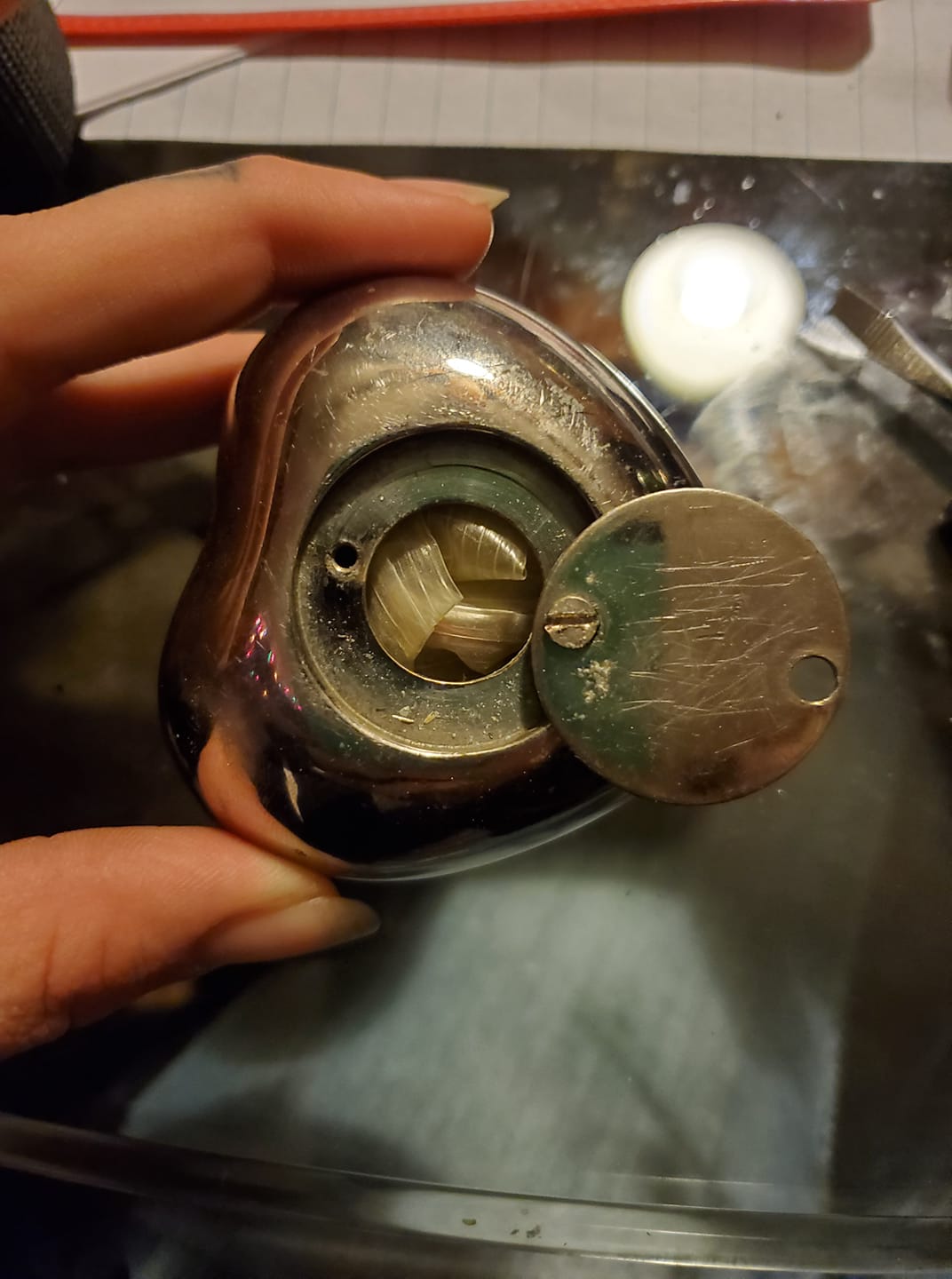 She shared: "I’ve found the owners!

“The local newspaper contacted me to run a story and help in my search. The next morning, I was contacted by the husband of the woman who had lost the urn.”

The man explained the ashes belonged to his wife’s father and that she lost its years ago.

He said he would surprise his wife with it for Christmas as a thoughtful gesture, 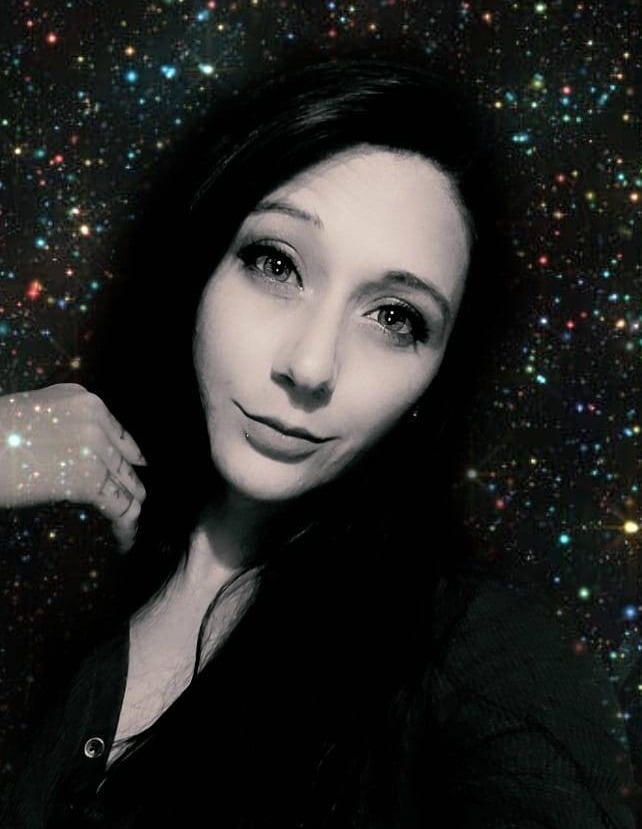 Jessica explained: “Years earlier, his wife had left an abusive partner who had kept her belongings out of spite. Somehow, this urn ended up in my hands and I had kept it safe for years without knowing how important it really was.

“The couple has recently had a child and the woman recently expressed the regret of losing her father’s remains because it felt like he could not be there in spirit.

"After speaking with the husband for some time to confirm it was, in fact, his father-in-law’s remains, I was able to meet with him to return the urn.

“After how miserable 2020 has been, I feel truly honored to be able to bring someone a little bit of joy for the Christmas season.”

We also shared how an adorable nan knits little girl’s dream winter jumper after finding a cute picture she drew.

And this man broke down in tears after finding out in a Christmas cracker he is going to be a dad.

Plus people are blown away by stranger’s ‘beautiful’ Christmas gesture after putting money in a card for someone at Asda to find.

END_OF_DOCUMENT_TOKEN_TO_BE_REPLACED

END_OF_DOCUMENT_TOKEN_TO_BE_REPLACED
We and our partners use cookies on this site to improve our service, perform analytics, personalize advertising, measure advertising performance, and remember website preferences.Ok