Constance Wu was a sight to be seen at the 2019 Oscars Opens a New Window. . In her canary yellow Versace gown, the Crazy Rich Asians star was one of the stunning standouts of the red carpet Opens a New Window. . But her bright color choice wasn’t an attempt to brighten up the evening — there was deep meaning behind her decision to wear yellow.

On February 25, Wu posted an Instagram Opens a New Window. that explained the inspiration behind her bright color choice: Coldplay’s song “Yellow.”

In the caption, the actress reposted a condensed version of a letter her director Jon M Chu wrote to the band asking for permission to use the song at the end of Crazy Rich Asians. He starts by explaining his “complicated relationship” with the hue in part due to its derogatory meaning (which he personally experienced by being called term in high school), further complicated by movie characters referring to cowards as yellow. 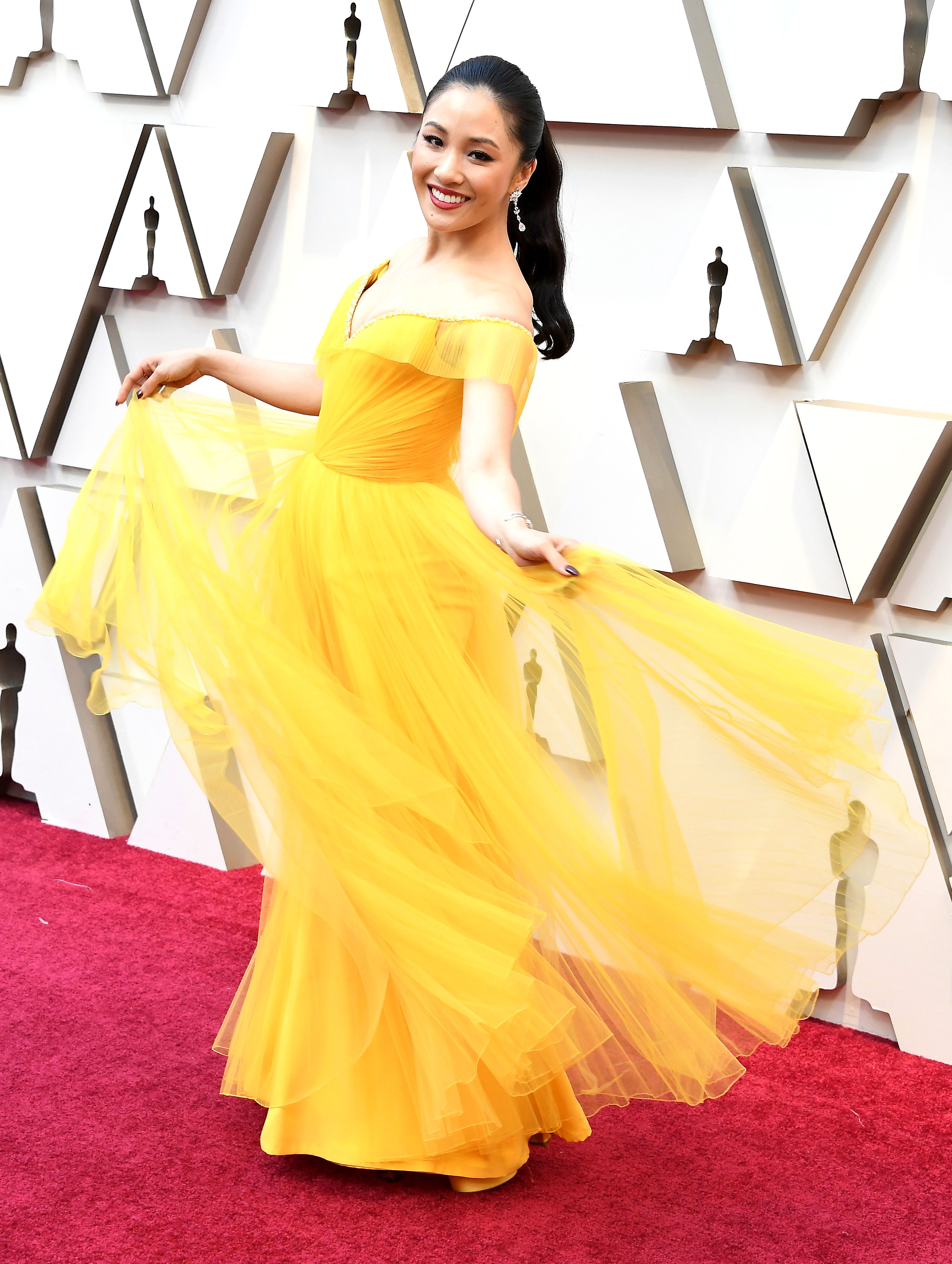 All of that changed when he heard Coldplay’s song. “For the first time in my life, it described the color in the most beautiful, magical ways I had ever heard: the color of the stars, her skin, the love,” he wrote. “It was an incredible image of attraction and aspiration that it made me rethink my own self image… It immediately became an anthem for me and my friends and gave us a new sense of pride we never felt before. We could reclaim the color for ourselves and it has stuck with me for the majority of my life.”

Oscars 2019 Best Dressed: Our Top 5 Gowns of the Night Opens a New Window.

By including the song at the end of the movie when Wu’s character Rachel starts to understand her own unique sense of her Asian-American cultural identity, the scene becomes even more empowering. “It would be such an honor to use your song that gave me so much strength throughout the years, to underscore this final part of our film,” his letter said. “[This movie] will give a whole generation of Asian-Americans, and others, the same sense of pride I got when I heard your song. I want all of them to have an anthem that makes them feel as beautiful as your words and melody made me feel when I needed it most.”

Bringing this same empowerment to the red carpet while representing part of the first all-Asian cast for a Hollywood studio in 25 years is quite a powerful fashion moment.