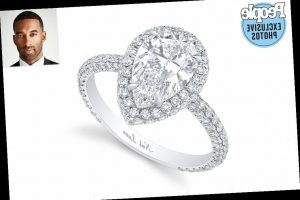 When Neil Lane sat down with Matt James to peruse engagement ring options ahead of this season's finale of The Bachelor, it was quickly apparent their chat wouldn't be business as usual.

"In all the years I've been doing this on the show, I've never met someone who was dealing with the depth of what Matt was obviously going through," says Lane, the hit ABC franchise's long-time jeweler. "Usually there's nervous excitement about the woman they've fallen in love with and excitement about picking out a ring, but it was a different feeling from Matt from the get-go and he let me know right away. He was torn and his thoughts were heavy – not because of the women but because of the experiences in his life."

Adjusting on the fly, Lane sensed a deeper heart-to-heart with James, 29, might be best. "I had all the rings but instead of taking them out right away, I said we don't have to do that, let's take the pressure off and we can just talk," says Lane, who quarantined in his hotel room for days before shooting with James. "It all started coming out — Matt's fears, his childhood, his dad leaving his mom and the shattering effect that broken relationship had on her and on him…it seemed like a wound that hadn't healed." While James had strong feelings for the final two contestants, Rachael Kirkconnell and Michelle Young, and was excited about what the future might hold, Lane could tell he was struggling with the prospect of commitment and haunted by the "emotional upheaval" from his childhood. "It really affected him and he didn't want to [repeat] a life like that," says the Neil Lane Couture designer. "He was excited and happy but then there was fear and the conversation would stop… he was emotional and having a hard time so we had to take breaks." Ultimately, the football player-turned-real estate broker wanted to pick out a ring, and opted for a classic 3-carat pear-shaped diamond that is intricately set with a diamond halo and a platinum band set with over 175 brilliant-cut round diamonds. "Matt did brighten up when we talked about the rings and he got lost for a bit in that and talking about the two girls, and he felt very close to [Rachel]," he says.

"He liked the almond shape of the diamond — it's classic and very feminine… I left him with the ring — it was more of a promise ring — but I had no idea what was going to happen."

In the end, Lane was struck by James' vulnerability and his ongoing journey of self-exploration. "Matt was emotionally drained and whatever it was in his heart and mind, he would pull himself back," says Lane. "It was a really human meeting — and I really hope he finds happiness and true love. I wish him the very best."