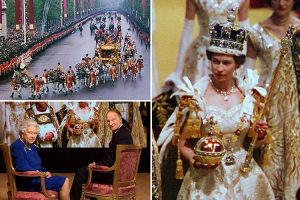 THE QUEEN has opened up about her coronation day 65 years ago – and revealed that she had a surprisingly bumpy ride.

In an interview with the BBC, she revealed that the journey to Westminster Abbey in the gold state carriage was uncomfortable and “horrible” and she added that wearing a crown had “disadvantages”. 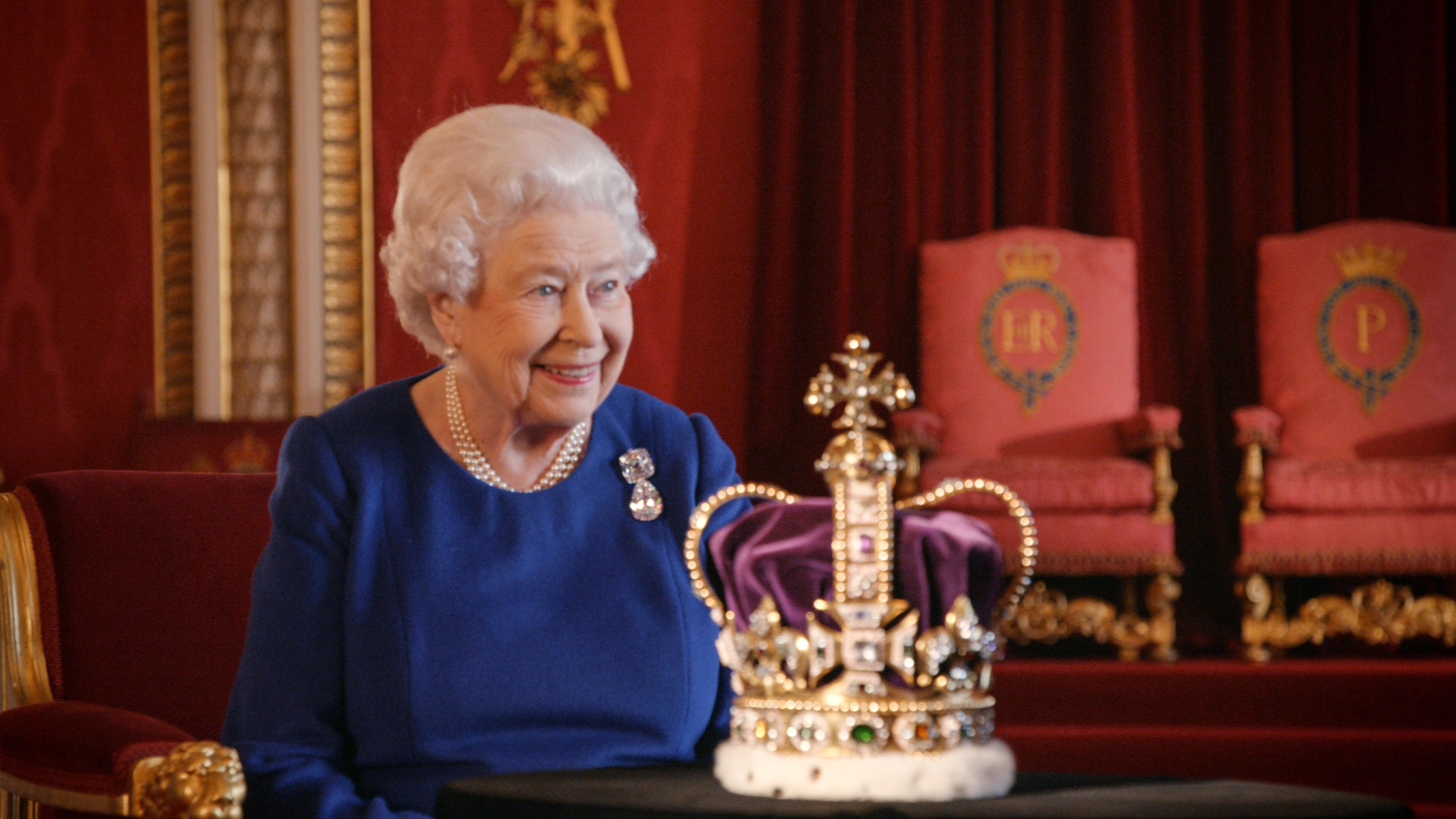 Millions of people watched as she arrived at the Abbey in the Gold Stage Coach used for state occasions.

But she said the journey was “horrible", adding: "It's only sprung on leather. Not very comfortable."

In the rare interview, to be broadcast on Sunday, she is seen sitting with the crown as she continued: "There are some disadvantages to the crowns, but otherwise, they're quite important things." 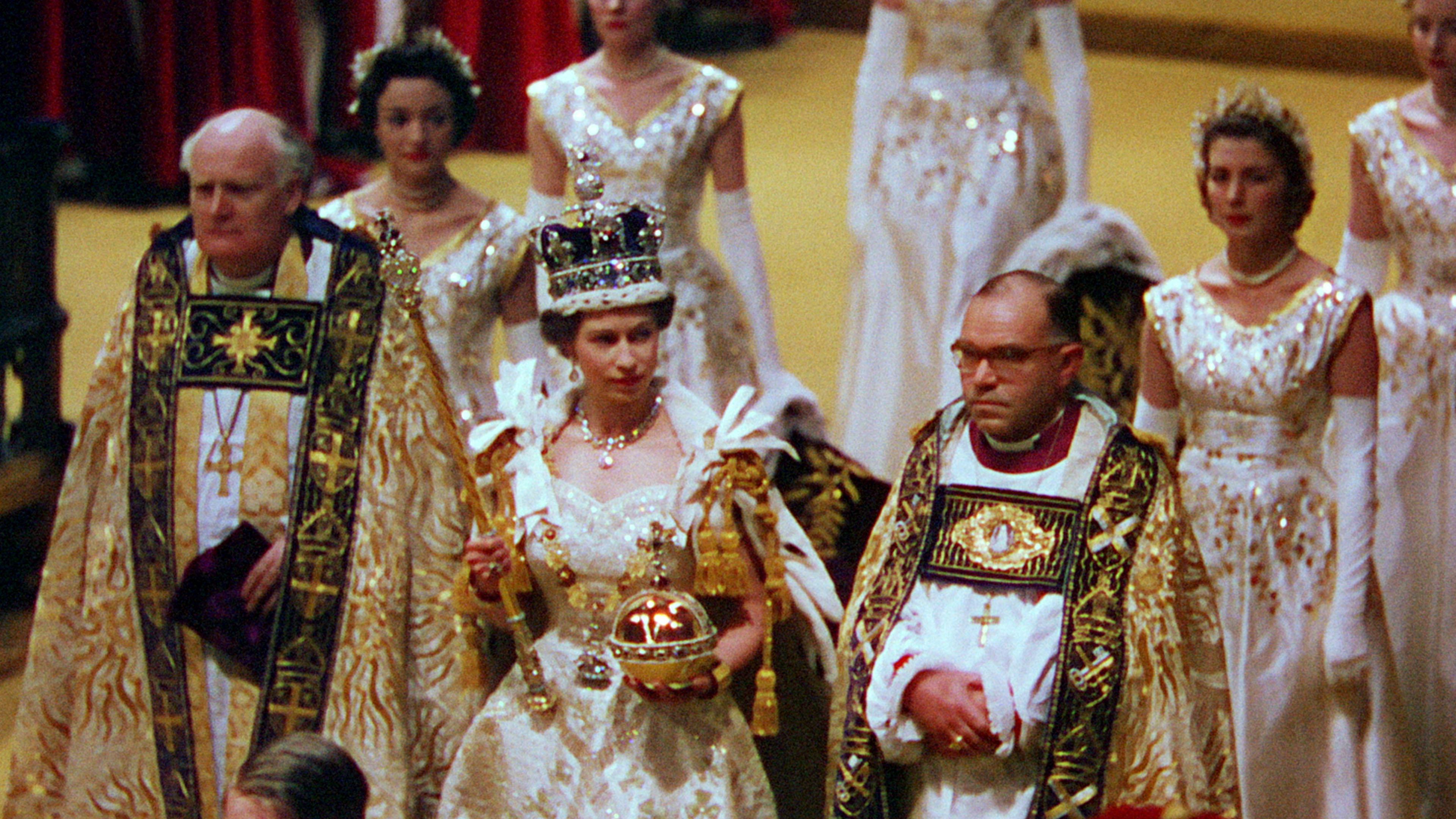 The Queen recalls watching her father, King George VI, being crowned in 1936, when she was ten.

She said: "I've seen one coronation, and been the recipient in the other, which is pretty remarkable."

The Queen granted the interview to the royal expert Alastair Bruce for the BBC, to mark her 65th year on the throne. 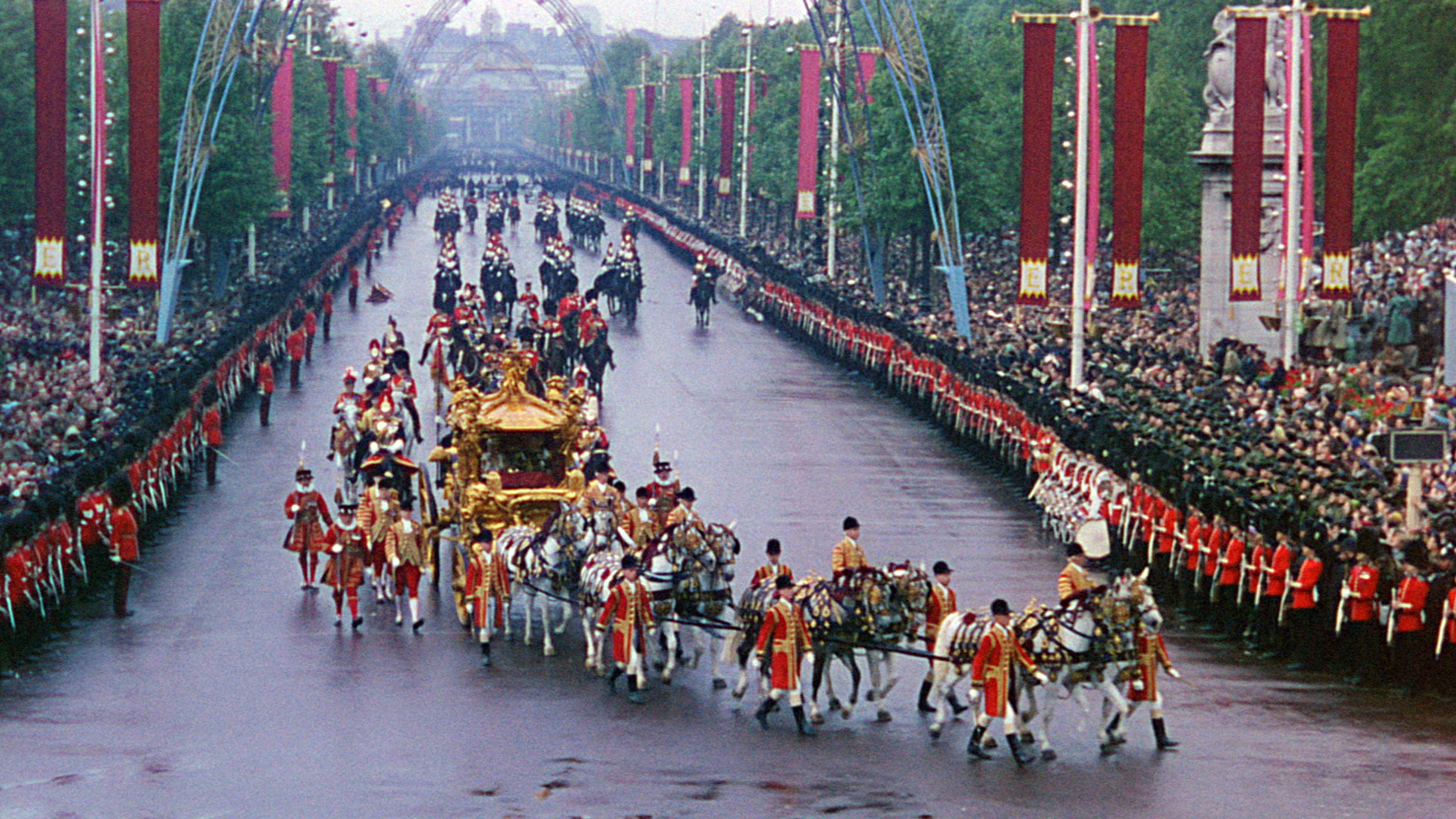 The hour-long film sees the monarch watching a clip, showing the young Prince Charles and Princess Anne – then four and two –  playing with her ermine-trimmed robe.

Presenter Alastair said: "Such fun for the children", and the Queen responded: "Not what they're meant to do."

The royal gold coach was commissioned in 1760, and has been used in the coronation of every British monarch since George IV, who reigned for 10 years from 1820. 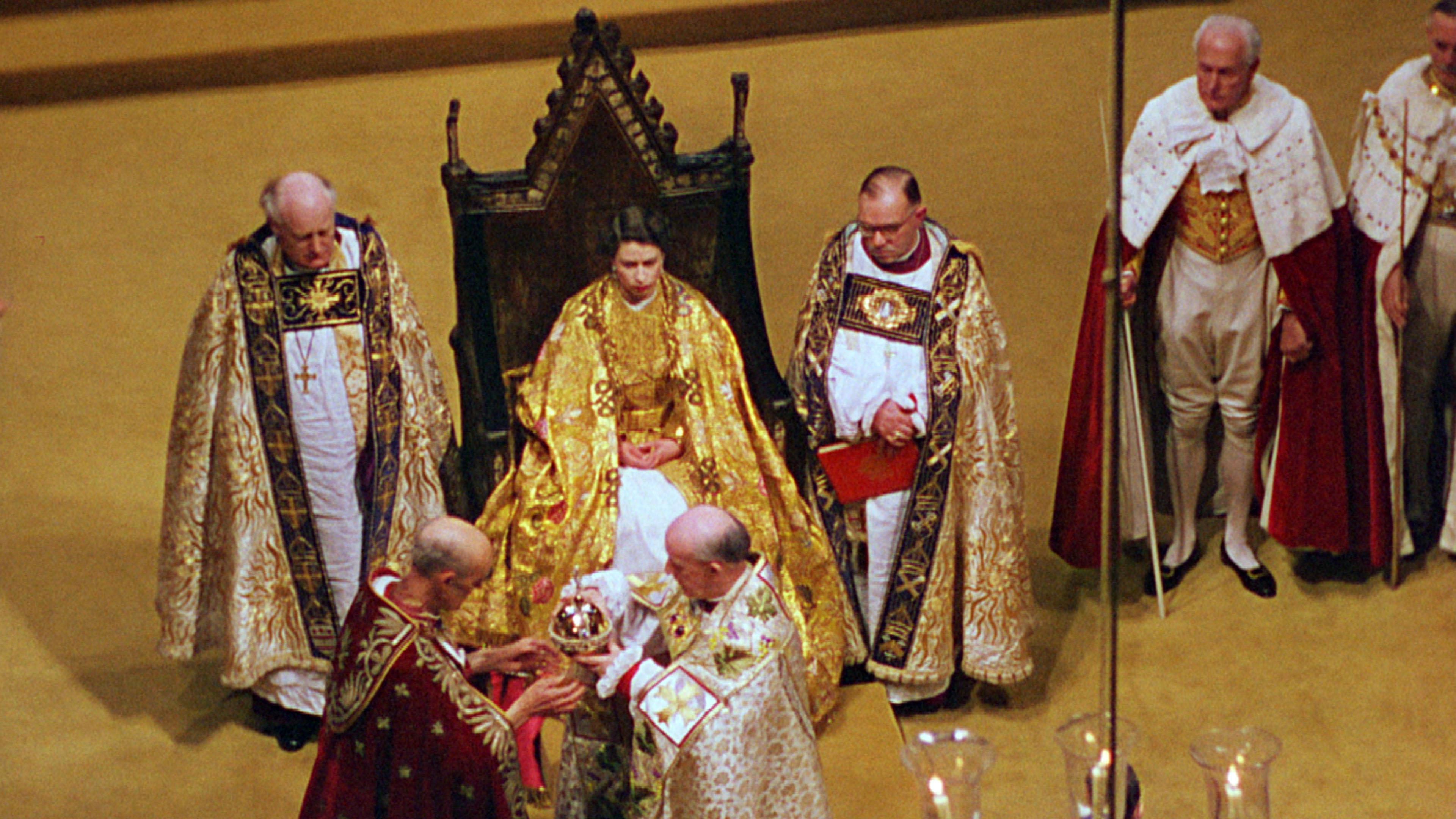 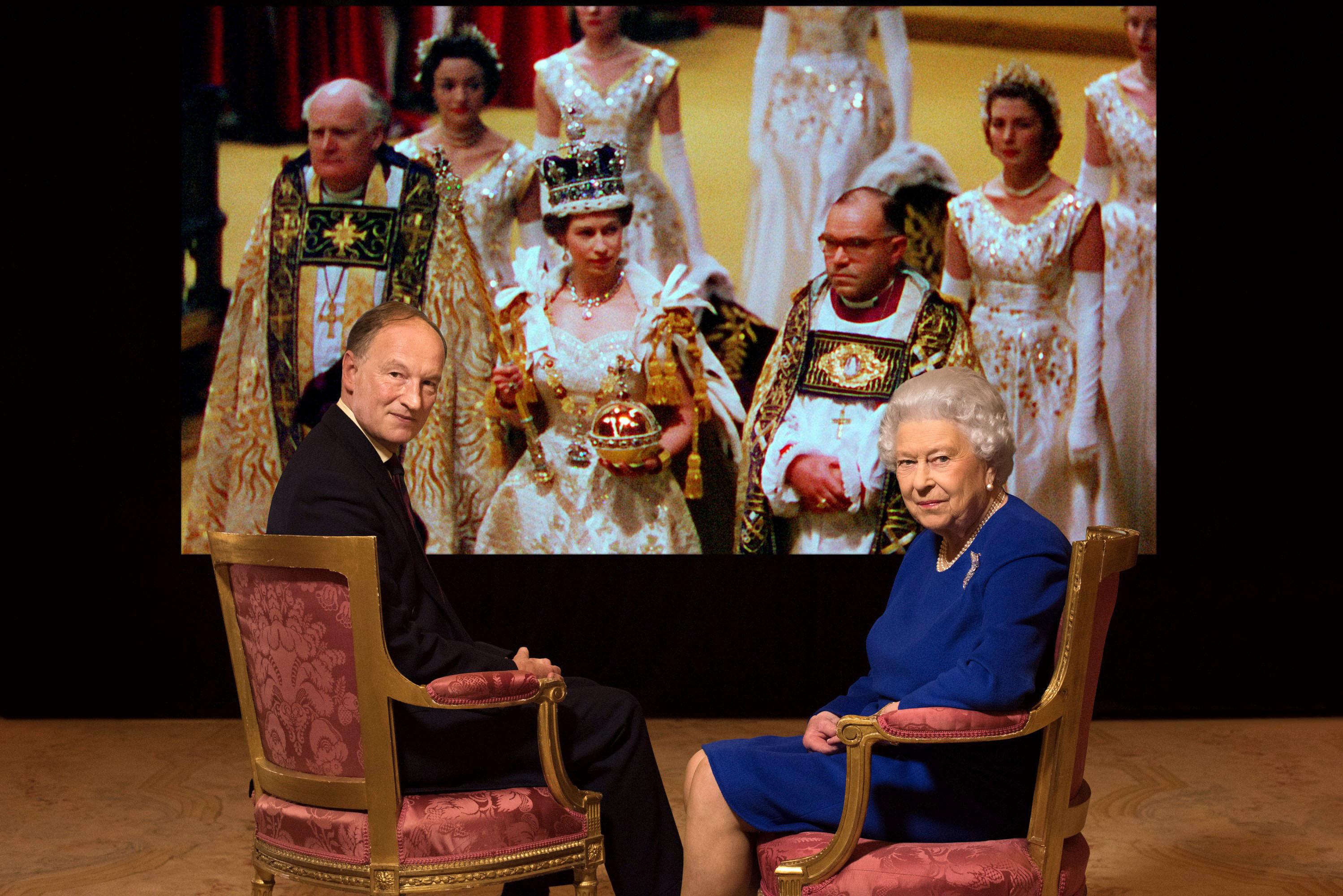 Speaking about the programme, Charlotte Moore, BBC Director of Content, said: “It is a real honour to have Her Majesty The Queen revealing her intimate knowledge of the Crown Jewels, and fond childhood memories from when her father was crowned King George VI, in this very special film for BBC One.

"In her own words, The Queen will bring to life the enduring symbolic importance of the Coronation ceremonies for modern audiences to enjoy."

The Coronation will air at 8pm on Sunday on BBC One.