Home » Fashion » The unglamorous reality of running a fashion label

The unglamorous reality of running a fashion label

Alyce Tran is prepared to be bored. The co-founder of phenomenally successful Australian bespoke accessories brand The Daily Edited does a lot of media and, she tells me, she always gets asked the same three questions. 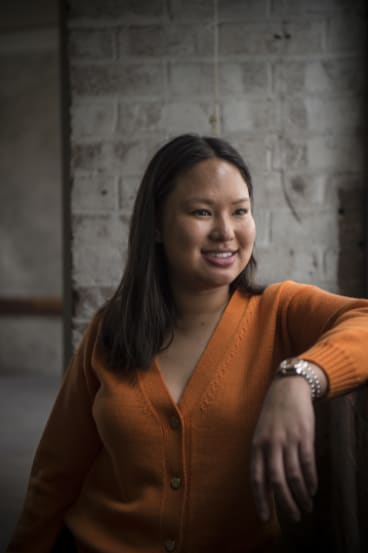 I’m tempted to invent an entirely new question – such as, “Why do monkeys live in parfait spoons?” or “Who is the Suez Canal of cheese?” – but instead I fall back on, “What would you like to eat?”

We scan the lunch menu at Nguyen Brothers, a fashionably distressed Vietnamese cafe on the ground floor of an old commercial space in Alexandria, close to The Daily Edited’s offices and warehouse. Tran chooses the crispy skin chicken vermicelli salad because she’s going out to dinner later and doesn’t want to dot her orange Loewe jumper with broth spots.

Tran was born in Adelaide to Vietnamese refugee parents who arrived in Australia via a dinghy to Hong Kong in 1985. They had just finished school when they left Vietnam and had planned to continue their education in the new country, but Tran’s mother quickly became pregnant with Tran – “I was unplanned”, she says – and both parents had to work on a strawberry farm to support the baby.

“So I was largely raised by neighbours in the housing trust area that my parents lived in,” says Tran.

Her father eventually came to own his own fruit farm in the Adelaide Hills town of Gumeracha (population 731), home of the mildly disturbing Big Rocking Horse.

Tran was the only Asian child in the local public school, sharing a classroom with kids “whose parents had, like, Christmas tree farms”. She says they were nice people and it was a good way to grow up but “only looking back do you reflect on comments that were made”.

“I didn’t realise,” she says, “but I grew up quite ashamed of my culture. I wanted to be Anglicised. I wanted to have all the same things as the other kids, and obviously that came about because I felt like I wasn’t welcome. I’ve only really embraced being Asian in the last few years.”

Her parents went on to run newsagents in Adelaide and Tran worked in the family businesses. “I started reading a lot of magazines in the back room,” she says, “and I think that’s when I became very interested in fashion.” She used to clip pictures of the clothes and accessories she liked, a habit she continued until 2014.

“To this day,” she says, “I spend about 80 per cent – would you believe it? – of my disposable income on clothing, shoes and stuff.”

I am momentarily distracted from the conversation by my meal – a wonderfully sweet wagyu beef pho, crowded with lean meat and balanced with just the right amount (ie. not very many) of nutty bean sprouts. Tran enjoys her chicken carefully, ever mindful of her top.

She says her family moved to the affluent northern Adelaide suburb of Medindie, where she was sent to the exclusive Wilderness School, at a time when “when Asian students were seen as, like, nerdy, studious kids”.

“And again,” she says, “I felt not that comfortable to be really who I was.”

She studied law and commerce at the University of Adelaide. She says she had to study enormously hard, as her academic record was all she had to offer an employer. “I remember feeling like being Asian would definitely not give me the competitive advantage in applying for a graduate position in a top-tier law firm,” she says. “I remember wishing that Tran wasn’t my last name.”

Also, she says, “I don’t play sport, so what’s my redeeming factor? It would give you an edge if you were a state rower or something. Not that that would actually make you a better lawyer.” She smiles. “I’m just putting that out there.”

But she got a good degree and started her career well and in 2009 went to Western Australia to do legal work on mining deals. In Perth, she made friends with another lawyer, Tania Liu, who dreamed of starting a fashion label. Together, they developed various iterations of The Daily Edited, a premium accessories brand whose individual products – from iPhone cases to handbags – are customised on the spot with a recipient’s name, initials or a calligraphic message. 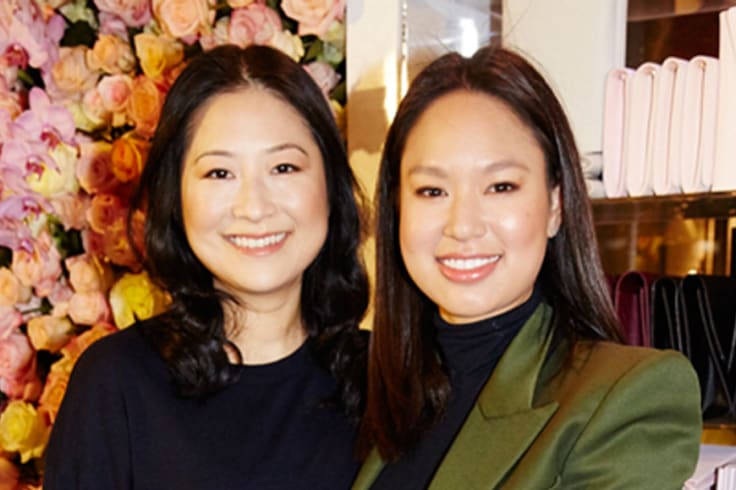 Tania Liu and Alyce Tran founded their label while working as lawyers.

The Daily Edited’s first set of accessories was released in August 2014, and Tran and Liu had both quit their day jobs by July 2015. Today, they employ about 120 staff and run stores in New York, Sydney and Melbourne, as well as concessions at David Jones in four Australian states. Their business grew tenfold in the last financial year.

However, says Tran, they did not go full-time until the company was turning over $300,000 to $400,000 a month. “A lot of people ask these inane questions around, ‘How did you take the risk?’,” she says. “There were no risks. We were both lawyers on six-figure salaries, doing this at night-time, and only did we resign when the business was banked up – and then we had a million-dollar cash buffer. And the business to this day carries no debt, carries no external financing of any sort. So, if it all went downhill, it’s like, I’d have to go and find another job. Fine.”

She used to work six 12-hour days a week, but these days The Daily Edited is more of a 9am-6pm commitment. “It’s less work than it used to be,” she says.

But is it more fun?

“Less fun,” she says. “We have responsibilities now. We have people who work for us, and we need to sell a certain amount of product every month to keep the whole thing going. It’s run on the back of a spreadsheet now. There are set numbers that we have to achieve and set expenses, and it’s not that fun.”

Will she keep on doing it, then?

“I don’t know,” she says. “I’ve got other projects that I’m working on. I’ve realised that I liked starting the business, but I’m not actually that great a manager of people. It’s not like I’m an awful person and shout, but I am quite open and I get quite emotional, and so it’s really difficult to be this great leader that people are inspired by and feel motivated by all the time. If I’m having a bad day, I will express that to a few staff members and it does them no good. But I recognise that.”

It is fiercely refreshing to talk to a business person who is candid about her role. Personally, I’d be happy to work for Tran – although I don’t suppose I’d be much good at customising clutch bags.

Is there anything that’s more enjoyable about operating on a bigger scale? “To be honest,” she says, “No.

“I am, of course, 100 per cent so grateful that the brand captures the attention of so many people and I’m so grateful for every single customer. When I serve customers in our store, I say, ‘Thank you for choosing us. There’s so many options for accessories out there.’ But it’s not any different to when I dropped off the first order to a customer personally – and she had no idea I was there: I ran up there, put it on the doorstep and ran back out – versus doing it in a store in New York. A lot of people think it’s super-glamorous but it’s fundamentally the same stuff.”