They Met in a Car Pool, Now They’re Married 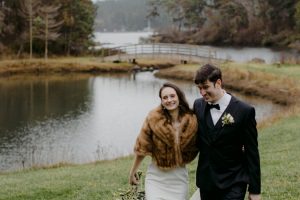 In the early days of their relationship, Kayla McCulley and Matthew Spencer created a book club — for two.

“We both love to read,” said Mr. Spencer, 34, an assistant professor of electrical engineering at Harvey Mudd College in Claremont, Calif.

He first met Ms. McCulley, 33, in November 2016, when both worked at the Claremont Colleges in Los Angeles. When Ms. McCulley joined a car pool for faculty and staff residing in nearby Pasadena, Calif. — the only time she took part in it — she was introduced to Mr. Spencer.

“I remember a very wonderful conversation in the car that night,” said Ms. McCulley, a manager of industry engagement at 2U, an education technology company with headquarters in Lanham, Md.

“But I happened to be in a relationship at that time,” said Ms. McCulley, who graduated from Pomona College and received two master’s degrees, one in business administration and the other in sport management from the University of Massachusetts Amherst. She was also a Fulbright scholar in Switzerland from 2009-2010, where she conducted research on European sports law.

They parted ways but Tinder soon put them on another course, this one in May 2017.

“I was very excited,” Mr. Spencer said. “Though I must admit, I needed a bit of a nudge to remember having met Kayla previously through the car pool.”

Ms. McCulley provided the nudge, and two weeks later, Mr. Spencer took her on a whirlwind first date that included a stop for coffee and churros, followed by some bookstore browsing and ending with blues dancing lessons.

On their sixth date, the book club was created.

“That’s about the time when we first started getting serious,” said Mr. Spencer, who graduated from M.I.T. and received a Ph.D. in electrical engineering from the University of California, Berkeley.

“We often discussed our favorite books with one another,” he said. “That became a great way to learn new things about each other, and to feel more comfortable when in each other’s presence.”

When asked if their book club has since been shelved, Ms. McCulley said, “Oh no, in fact, it has become a pillar of our relationship.”

“Our love of reading is one of the values we hold most important to us,” Mr. Spencer said. When we realized just how much we had in common, our hope was that everything we did together would lead to marriage.”

They took a big step in that direction when they moved in together in an apartment in Pasadena in August 2018, and an even greater step when they became engaged in September 2019. Mr. Spencer proposed while visiting Ms. McCulley’s family in Black Butte Ranch, Ore.

They were married Dec. 19 at the Captain Whidbey Inn on Whidbey Island in Coupeville, Wash. The bride’s grandfather, John H. Clark, who became a Universal Life minister for the occasion, officiated.

A second ceremony with the groom’s family followed on Dec. 28, at the Greater Des Moines Botanical Gardens in Des Moines.

The couple originally planned a 150-person wedding outside Seattle for July 25 2020. With those plans sidelined by the pandemic, they decided to hold two small separate ceremonies with each of their families in Washington State and Iowa.

“From the time of our first date, which was so unpredictably spectacular, I knew I had met someone really, really special,” the bride said. “He is very intelligent, very handsome and very committed — and best of all, he’s mine.”