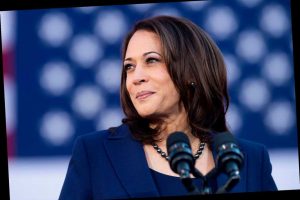 On Inauguration Day, many women across the country will be celebrating Vice President-elect Kamala Harris' groundbreaking achievement as the first female to hold the office by donning one very special accessory — pearls.

Hundreds of thousands of Americans (as well as those in 100 different countries!) have joined the Facebook group, Wear Pearls on Jan 20th, 2021. Its mission is to encourage women to wear pearls, a Harris style staple, as they watch the historic inauguration. The group, which was started on Dec. 5, already has over 450,000 members.

It's founder, Hope Aloaye, spoke to TODAY.com and explained that she chose a pearl-style necklace because it shows an "expression of female strength."

"I equated the pearls to women (because) we go through a lot of things, but we still come out shining," Aloaye, 46, said. "Pearls are every color, shape, size. It doesn't matter. … I just thought that was a beautiful thing."

What she didn't realize is that pearls hold a very special meaning for Harris. While attending Howard University in the '80s, Harris, 56, joined the Alpha Kappa Alpha sorority, which calls its members "pearls." The necklace style has been a go-to jewelry look for Harris throughout her career, seen wearing pearls at the 2012 Democratic National Convention (above), when the Homeowners Bill of Rights was signed in 2013 (below) and throughout the 2020 campaign trail, including at the Vice Presidential debate. Many members in Aloaye's Facebook group have offered to donate pearl necklaces to those who may not own one. "I wanted a group that was inclusive because we already have so many other things that are so divisive in this country, especially right now," Aloaye said.

Actress Jamie Lee Curtis is joining the trend, and shared a selfie wearing a white strand of pearls, captioning her tweet, "Pearls for Kamala and all women!"

Harris will take the oath of office on Wednesday, Jan. 20, making her not only the first woman to become vice president but also the first Black woman and first person of South Asian descent to hold the office.

ABC News reported that Harris personally requested Justice Sonia Sotomayor, the first Latina woman on the Supreme Court, to be the justice presiding over the historic ceremony, which is scheduled to take place on the west front of the U.S. Capitol building shortly before noon ET.

Harris will reportedly be sworn in on two bibles, including one owned by the late civil rights icon Justice Thurgood Marshall — the first Black justice on the Supreme Court.

The vice president-elect has named Marshall as one of her most prominent heroes on a number of occasions, including in her 2019 memoir, The Truths We Hold.

Last July, Harris called Marshall "my childhood hero and inspiration" and said: "Our nation is stronger because of his powerful voice for civil rights and social justice."

"Judge Sonia Sotomayor has fought for the voices of the people ever since her first case voting against corporations in Citizens United," Harris tweeted in 2019, during Hispanic Heritage Month. "As a critical voice on the bench, she's showing all our children what's possible."