WE all have our own approaches when it comes to doing the weekly shop – but while we get distracted by whatever snacks are on offer, this family have got their bargain hunting down to a fine art.

With three teenagers living at home, thrifty parents Paul and June Stakes have to keep the kitchen cupboards stocked at all times – which is how they got into yellow sticker shopping. 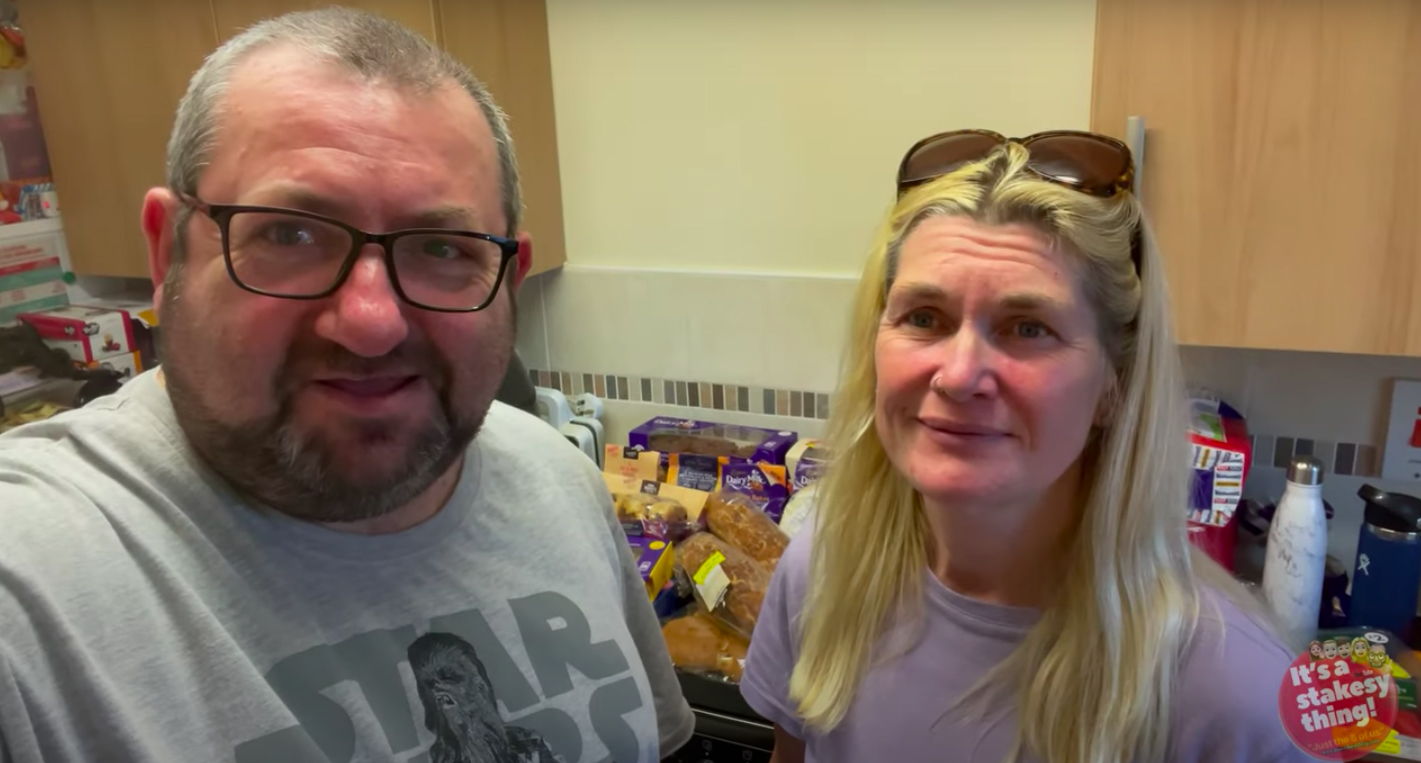 Speaking to Latest Deals, the couple – who also have a YouTube account It’s A Stakesy Thing – explained how they recently bagged a £50 ASDA shop for just £3.

Paul, from Westfield, West Yorks, said: "We got 45 individual items in this yellow sticker haul and at full price everything would have come to £51.60 but we paid just £3.15. We are a family of five with three children who eat hourly!"

To begin with, the couple went straight for the sweet treats and picked up three packs of £1.50 Dairy Milk doughnuts which had been reduced to 10p each. 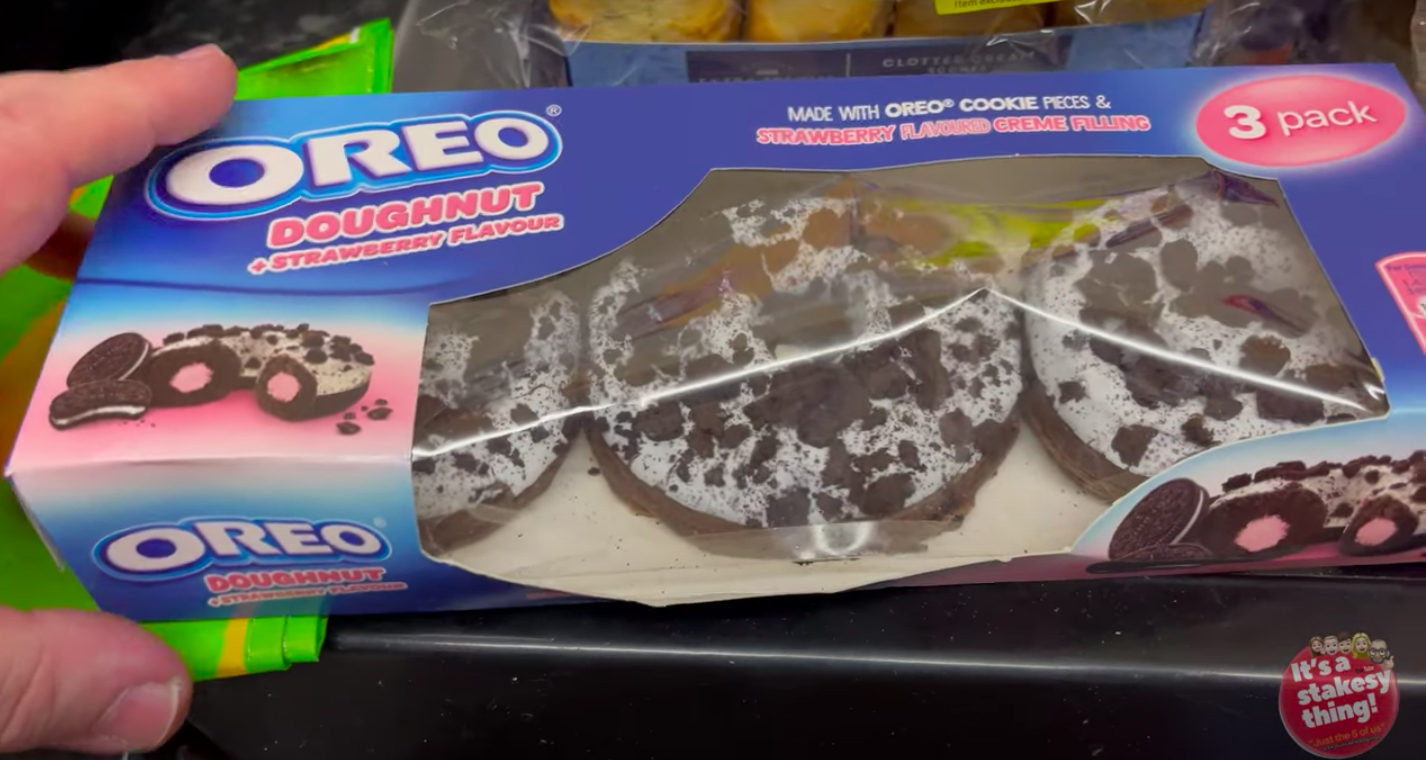 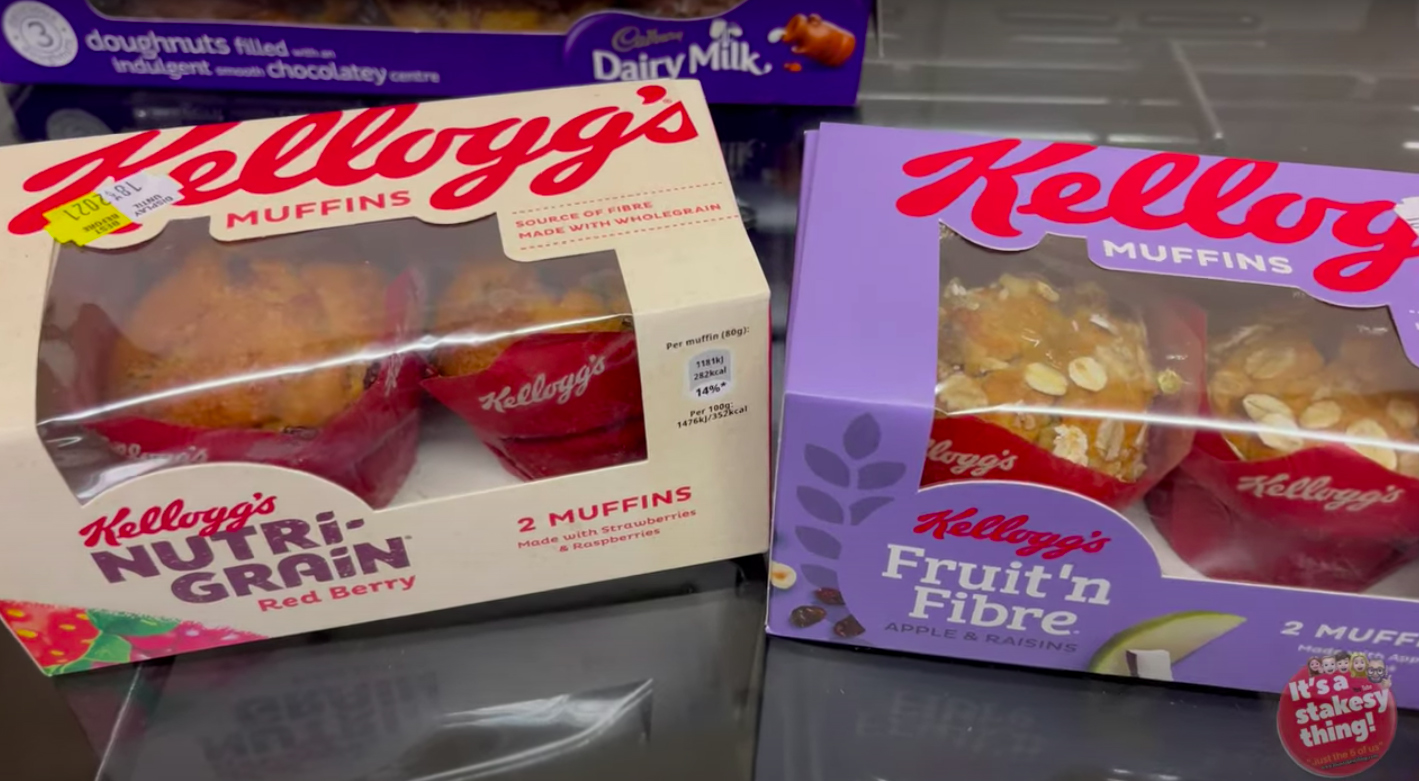 "We noticed four packs of cookies which had been marked down to 10p from their original price of £1.50 each, so we picked up some oat and fruit cookies, milk chocolate and salted caramel ones, plus some Dairy Milk Oatie Bakes and Shortie Squares.

"Usually these would have cost £6 so we were chuffed to pay just 40p in total."

On top of this, Paul and June snapped up some £1 doughnut balls and £1.20 Belgian buns which had both been reduced to 10p each too.

He continued: "The bakery aisle also provided us with a four pack of fruit teacakes marked down to 10p from 75p, and a four pack of clotted cream scones were 10p instead of £1 so we saved £1.55 on those two bargains! 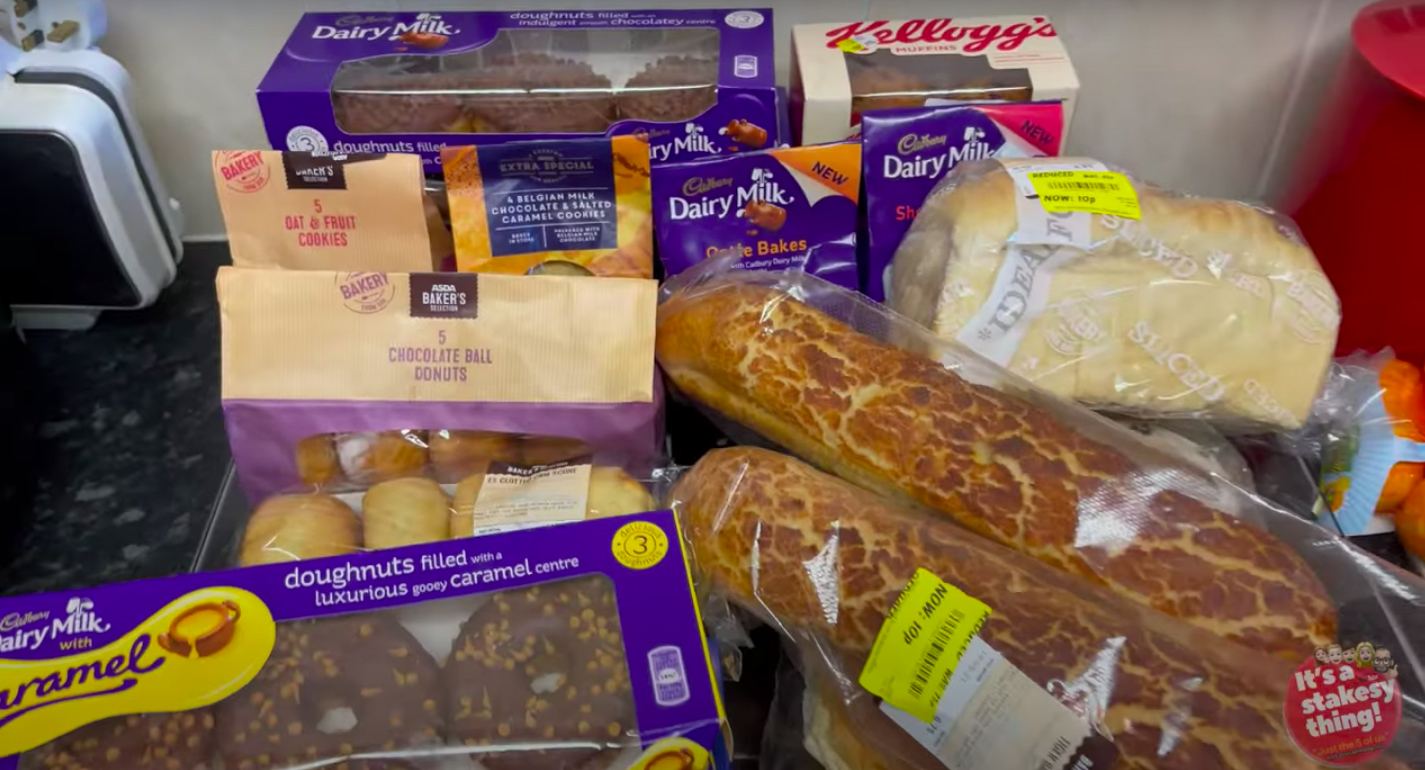 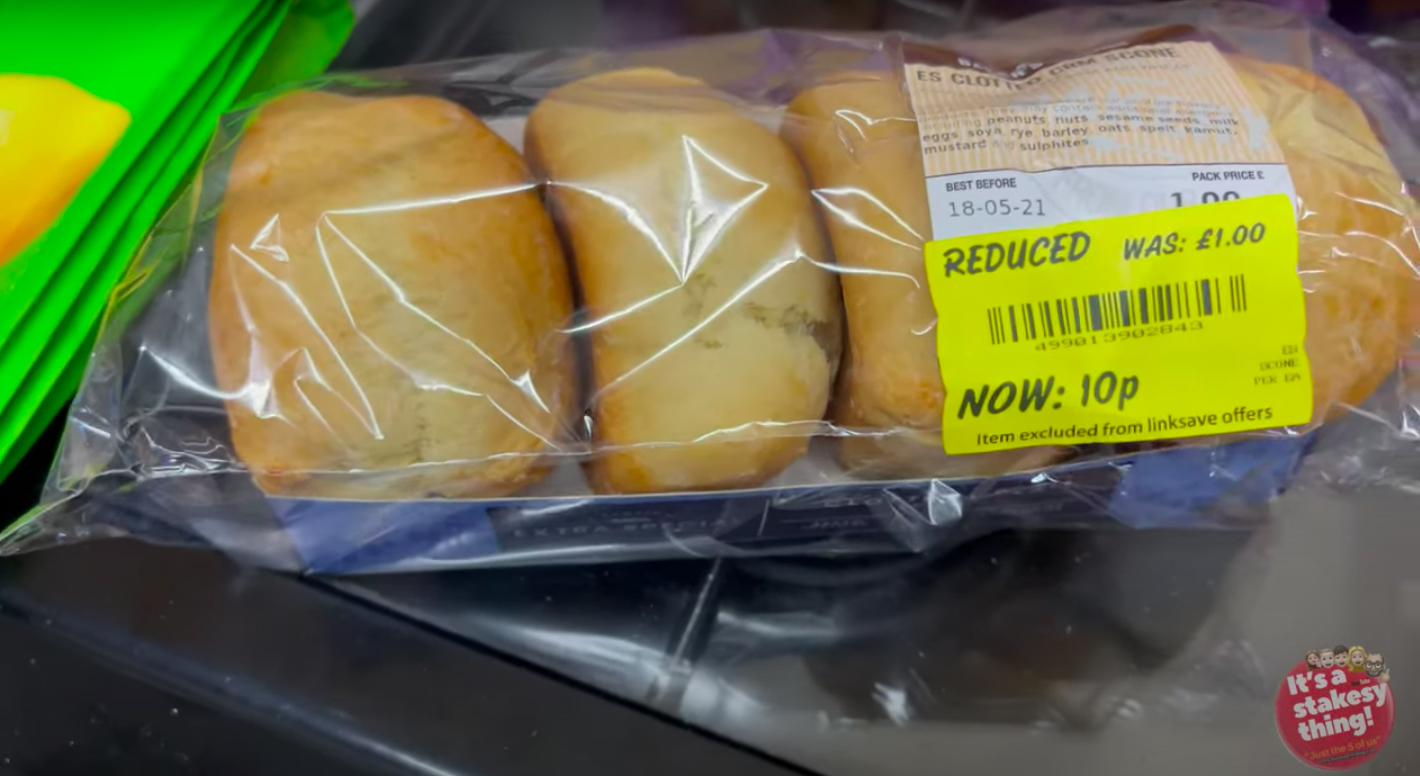 "The last sweet treats we got were a pack of three Oreo doughnuts and a similar pack of Dairy Milk Caramel ones for 20p total instead of £3, saving us £1.80."

After stocking up on goodies in the bakery, the parents headed over to the bread section where they picked up two £1.50 tiger loaf baguettes for 20p and a 10p loaf of bread which had been reduced by 75p.

Next, Paul and June checked out the fruit and veg deals and stocked up on three packs of sweet potatoes for 30p – which would have originally set them back £5.52.

The dad added: "There were some particularly good savings on strawberries, as these were originally £1.79 per pack but they had been reduced to 5p each. We picked up five packs of these. At full price we would have paid £8.95 but instead we handed over 25p, saving over £8!

This haul is probably the best we have done. Shops like these certainly help us stretch our food budget & it also gives us a chance to try things we may not usually buy.

"Mangoes were available for 5p instead of 49p, so we grabbed two of those. Plus a box of fruit salad which was originally £2 had been marked down to 5p, and an 89p bag of melon and grapes was also 5p. In other words, we picked up £3.87 of fruit for 20p!"

The last fruit bargain Paul and June picked up was a bag of 89p easy peelers which had been reduced to 5p and they also couldn't resist the two prawn pasta salads which were going for 10p. 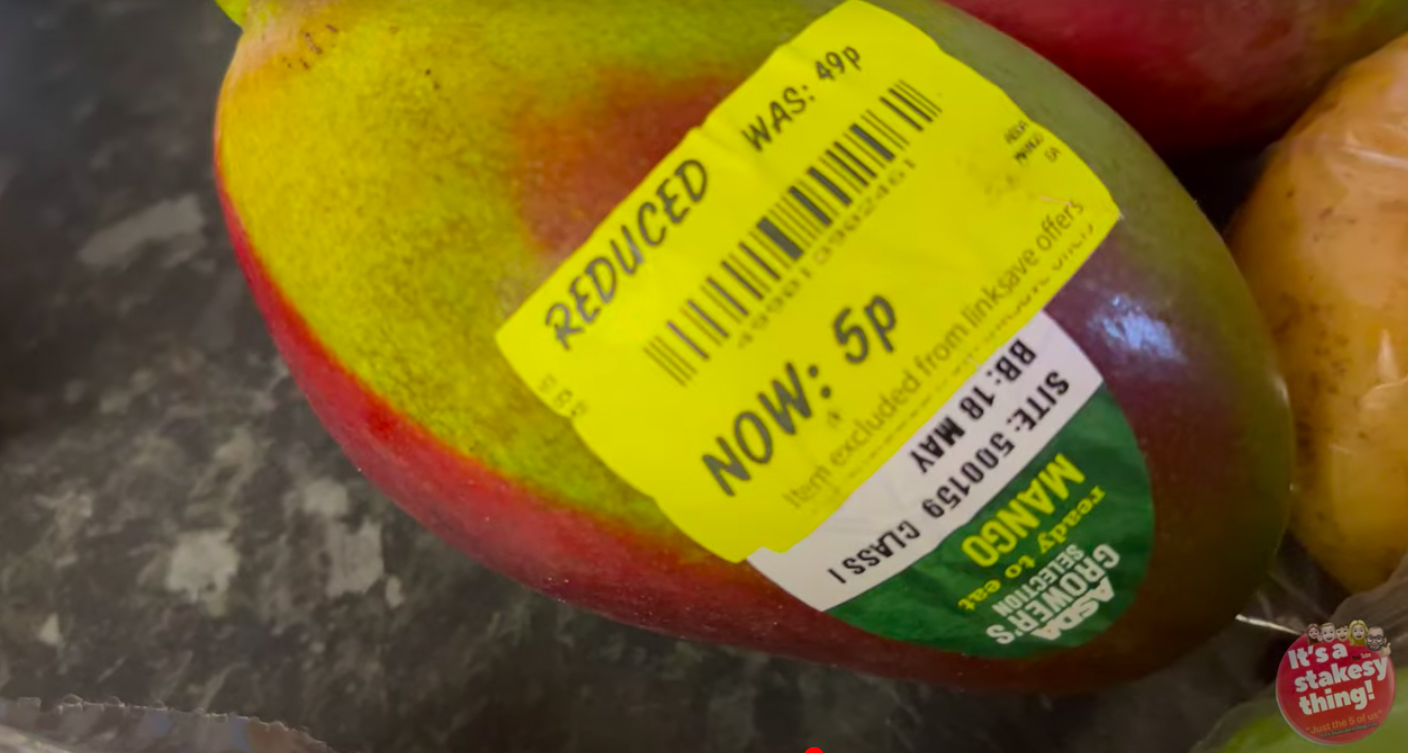 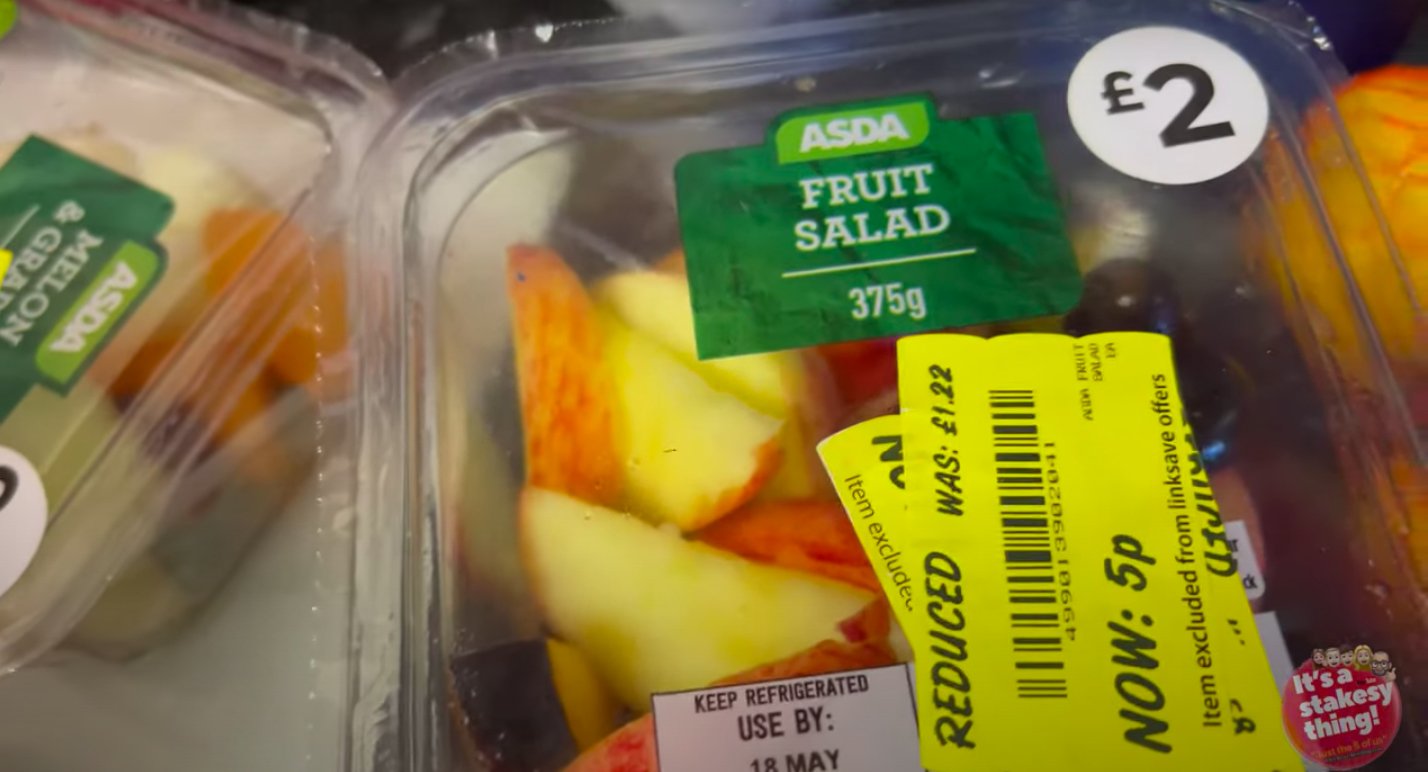 Even though the family's local ASDA has a designated yellow sticker area, the supermarket doesn't always reduce items at the same time.

Paul added: "We actually got there just as they were bringing it all out and there was nobody else about.

"This haul is probably the best we have done. Shops like these certainly help us stretch our food budget & it also gives us a chance to try things we may not usually buy.

"Now all that’s left is to shout the kids down and they’ll come and raid everything!"

For more food tips, this mum shared her recipe for Malteser cake & you don’t need to put it in the oven or the fridge.

And foodies revealed how to throw the ultimate summer BBQ on a budget – including 32 hot dogs for just £4.

Plus this mum revealed how she made a week’s worth of meals for just £1 each & it saves loads of time too.