Transmission Is Dunhill’s Jewelry Collection for a New Generation 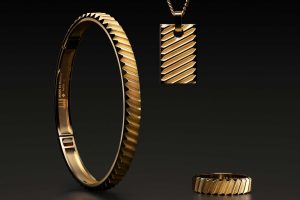 LONDON — Dunhill has found a new jewelry groove with a collection that appeals to a younger generation, and was inspired by the curves of the automobile transmission.

The collection, three designs done in 18-karat white or yellow gold, launched in Japan earlier this month, and will bow in the U.S., China and the U.K. during the first week of August.

The unisex designs — a bracelet, ring and a pendant on a chain — have an Art Deco-like diagonal groove design. 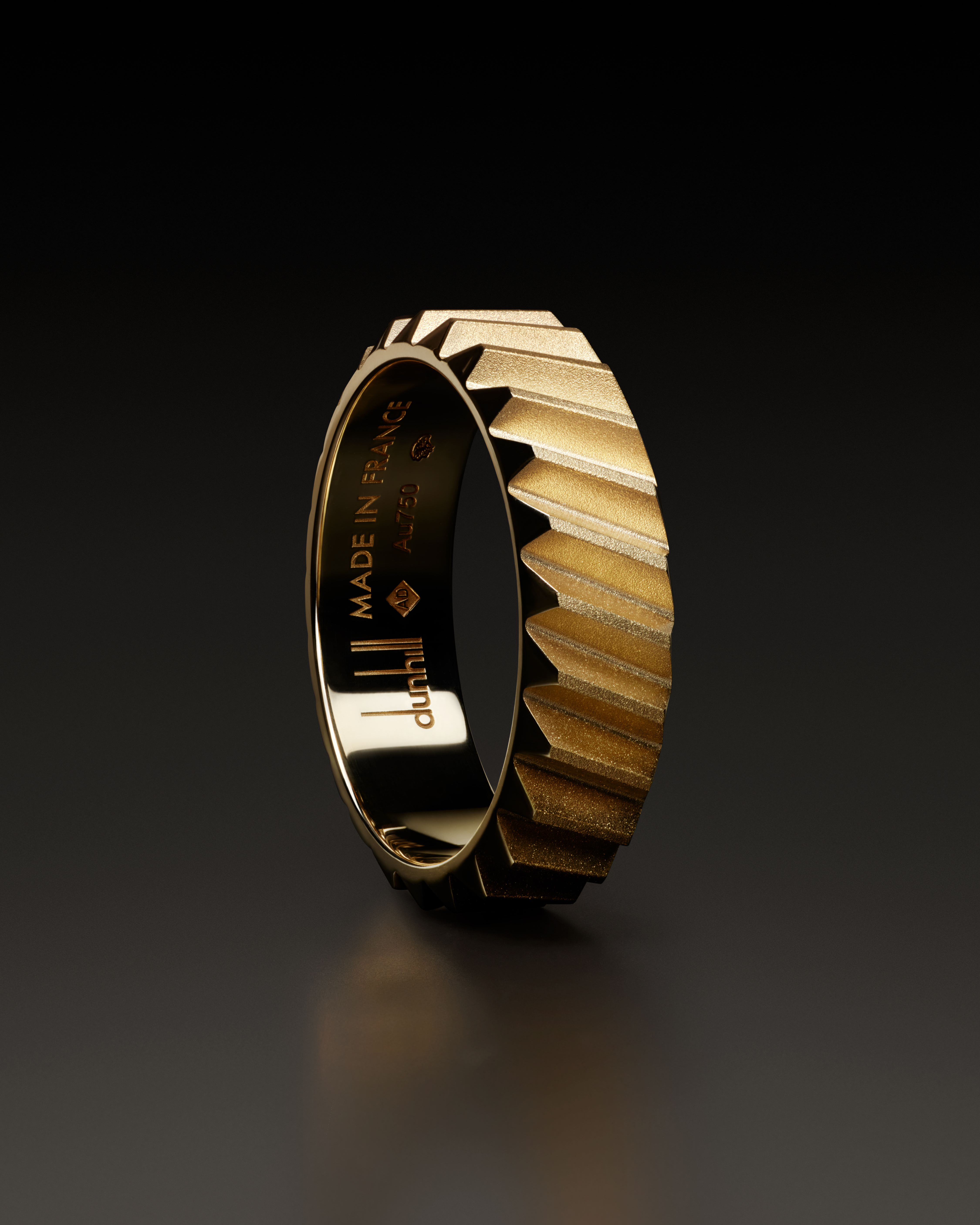 Dunhill isn’t new to fine jewelry, or to accessories made from precious metals: For more than 100 years the brand, which was founded in 1893 by Alfred Dunhill in London, has been making lighters, cufflinks, cigarette cases and pens, in addition to leather accessories, or “motorities,” for the car, such as gloves, glasses and boots.

In the mid-1990s Dunhill partnered with fellow Richemont brand Jaeger-LeCoultre on a successful collection of watches, which it no long makes, but continues to service.

A longtime division of Richemont, Dunhill sits in a luxury stable alongside brands such as Cartier, Van Cleef & Arpels, IWC and Yoox Net-a-porter Group.

Maag recalled being fascinated by the stash of hard luxury pieces he saw in the vault of a Dunhill store in Paris, including shirt studs, diamond and sapphire cufflinks and one-off items dating as far back as the 1920s.

At the time, he remembered thinking, “Where can we take this? We’re the little brother of the big jewelry titans, and we have the legitimacy in the category.”

A plan began to take shape and Maag said the thinking was “to create a focused, thoughtful, cohesive new collection, one that blended modernity and tradition,” and was more about quality than quantity. 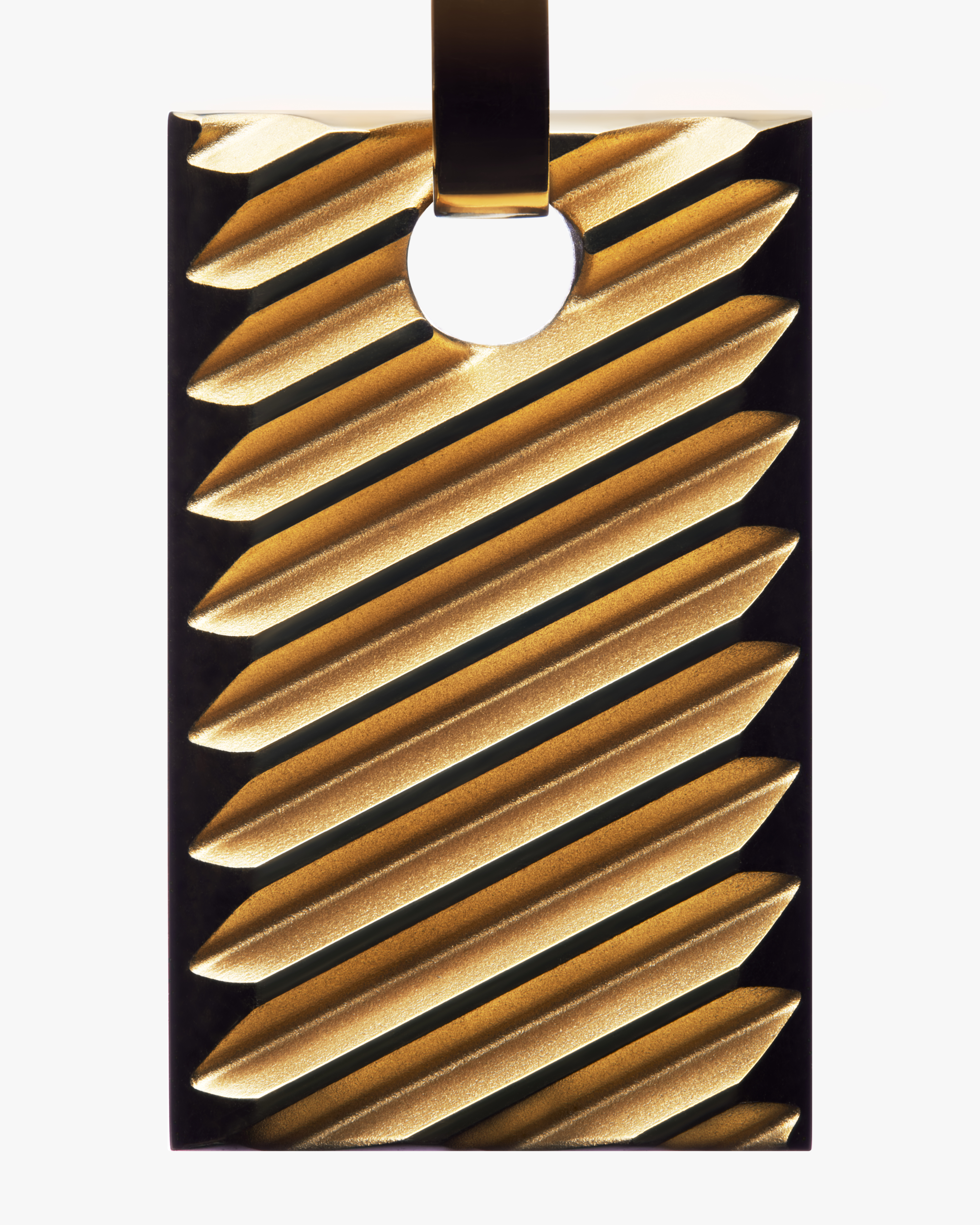 Maag said the “whole family” of Richemont was involved in development, helping with sourcing and finding the French workshops to make the jewelry.

He said the pieces are milled out of chunks of gold, with artisans carving the transmission-style grooves into the precious metal. He said that he and Dunhill’s designer Mark Weston were happy to produce limited quantities, but for a wide range of people.

“There is no gender to jewelry, and we’re in a new era. There is also a much younger customer out there who’s looking for an alternative to what is already on the market,” he said, adding that the pieces have been flying out of the stores in Japan.

He added that 30 to 40 percent of Dunhill’s customers are women who are purchasing for themselves, or buying for men.

Maag and Weston are in no rush to expand the size, or the distribution, of the collection. Instead, “we are focusing on credibility and durability. We’re going to nurture this one.”

Asked whether watches will be part of the mix going forward, Maag said that’s not the plan.

He said the jewelry offer will remain tight, and Dunhill’s focus will continue to be on men’s wear, and leather goods — such as the structured Lock bag, which has been “going from strength to strength” in terms of sales.

The Lock bag is inspired by classic British attaché cases from the brand’s archive. The structured bag is made from calfskin and features a polished brass lock, also drawn from the archive.