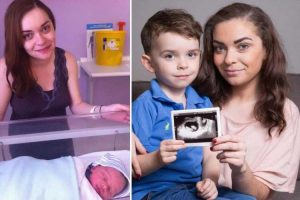 A MUM has spoken about the pain of carrying two of her dead triplets to full-term in order for the third to survive.

Bernadette Murphy revealed her devastation when she was told 16 weeks into her pregnancy that two of her unborn sons had passed away. 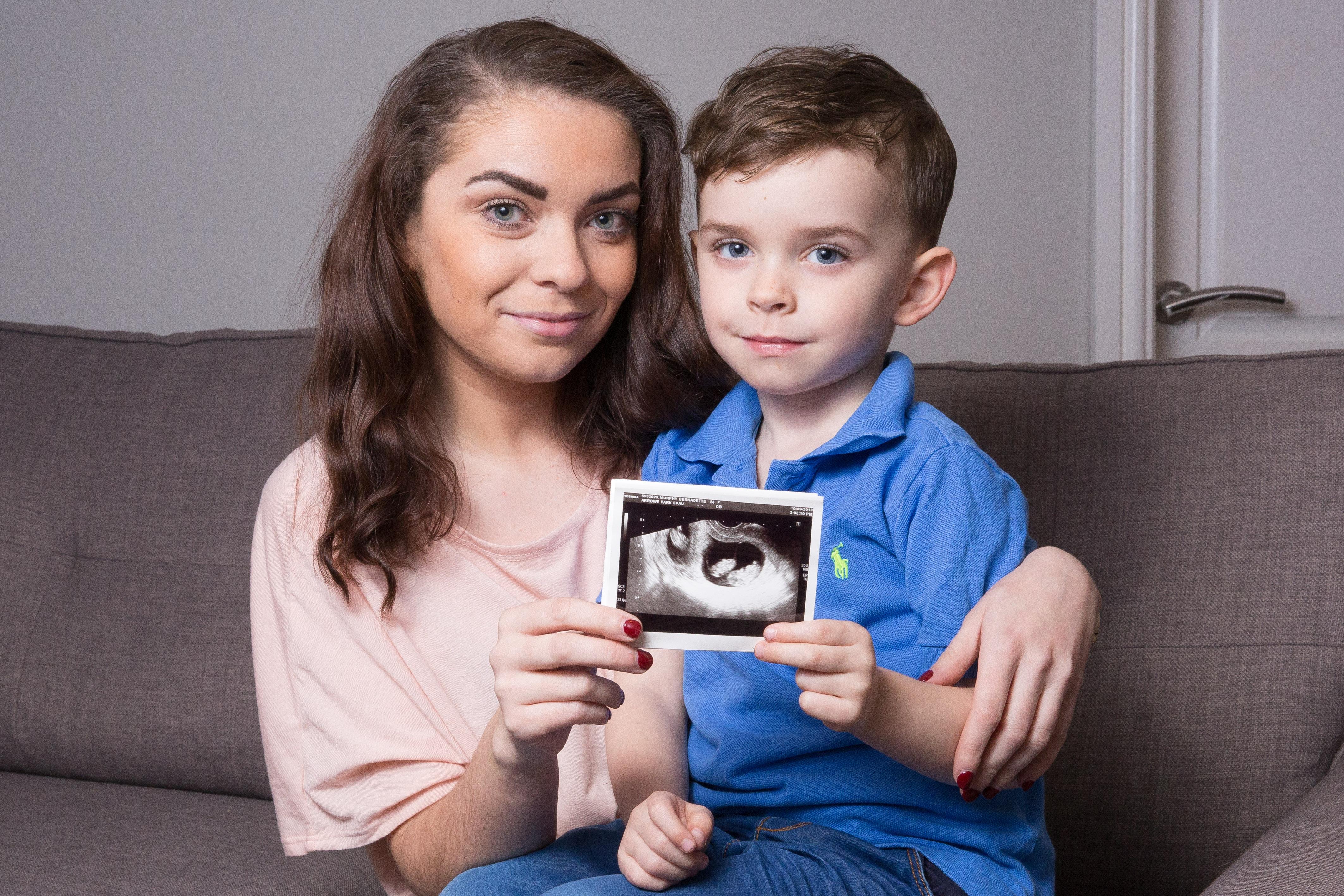 The 29-year-old from St Helens, Merseyside was initially overjoyed when she found out with her ex-partner, in July 2013, that she was carrying three boys.

However, her happiness was short-lived upon discovering at 16 weeks she had lost two of her unborn sons – who were identical twins, and shared the same amniotic sack.

But her third boy, who had his own amniotic sack, was still alive. 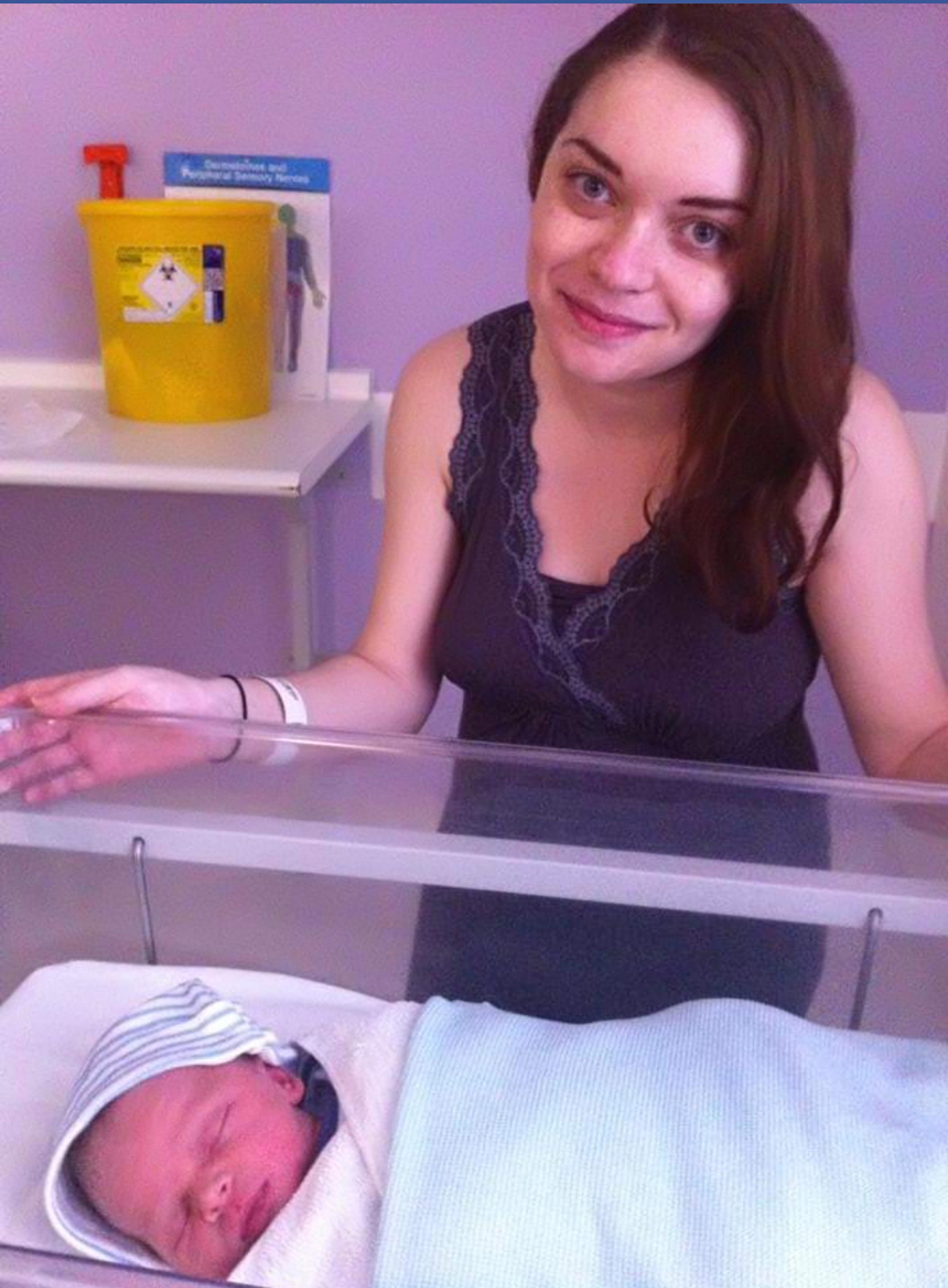 Bernadette revealed the horrifying moment she found out her pregnancy was not progressing as planned.

The teacher said: "I attended my 12 week scan where there was a concern with the growth of Niall compared to his identical twin Joseph.

"I went for weekly scans in order for my consultant to monitor the twins.

"At 15 weeks I was told that I had suspected Twin To Twin Transfusion Syndrome and was referred to an emergency specialist appointment at the Liverpool Women's Hospital a few days later."

The condition occurs in pregnancies when identical twins share a placenta, meaning that uneven amounts of blood can flow between the babies and potentially cause fatal complications. 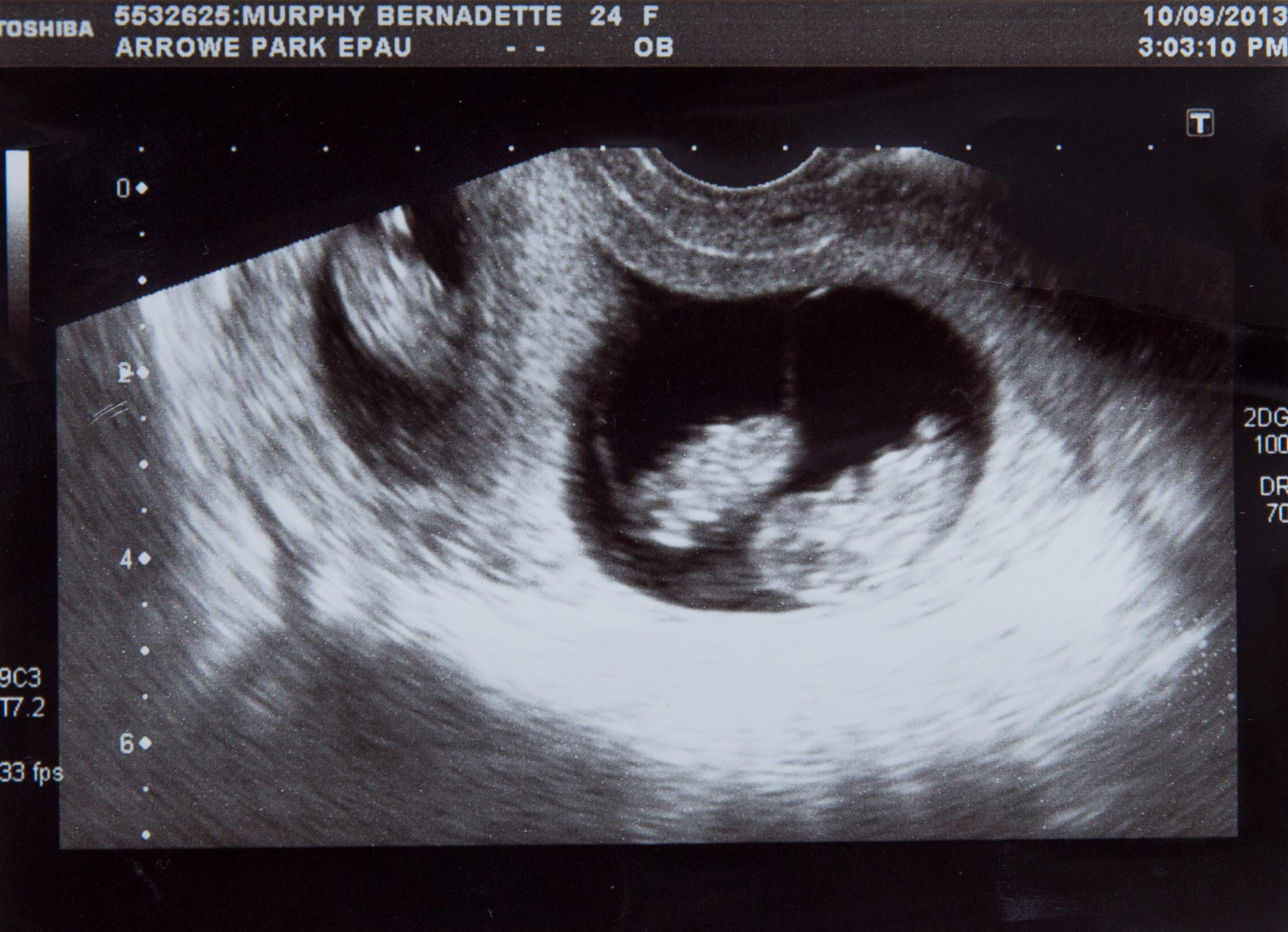 Bernadette said: "When I went for my 16 week scan with a specialist I explained that I had experienced cramps down my left side and some kicking motions since my previous scan.

"I knew something was not right. I remember the consultant grabbing my hand and I was told the twins had passed away.

"I was by myself and I remember just wanting my family to be with me. I immediately asked if James was okay and was told that he was developing well but there could be potential complications down the line."

Doctors told her that in order to safely deliver him, she would need to continue to carry all three to full term. 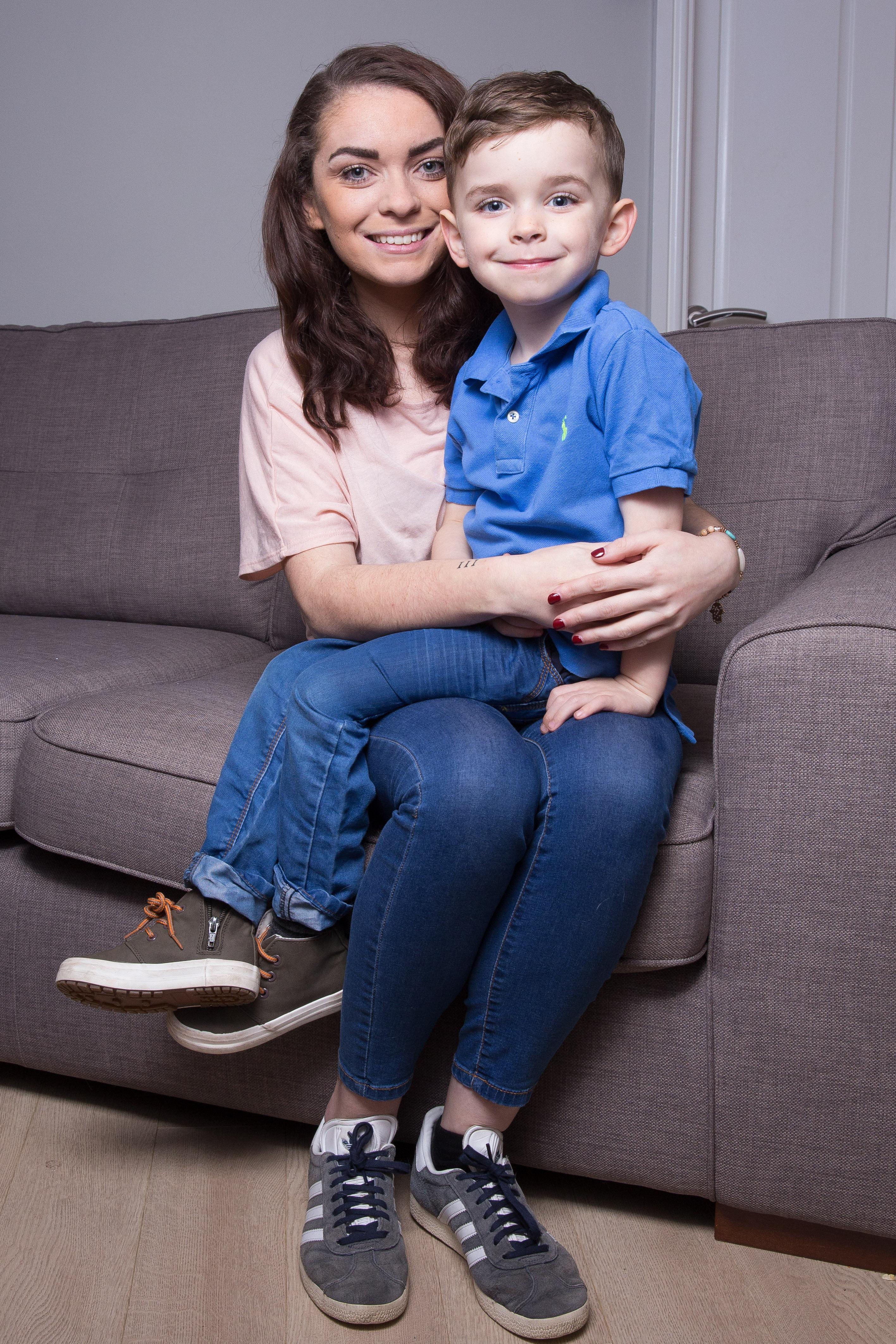 Bernadette was given antibiotics to stop the risk of infection as doctors told her that her body could reject the pregnancy at any time, also killing James.

However, she describes continuing to carry all three siblings as "a comfort".

The mum-of-one said: "It never felt strange carrying all three of them, it was a comfort even though Joseph and Niall had passed, it was when I gave birth that I felt worse.

"The realisation that they were no longer with me." 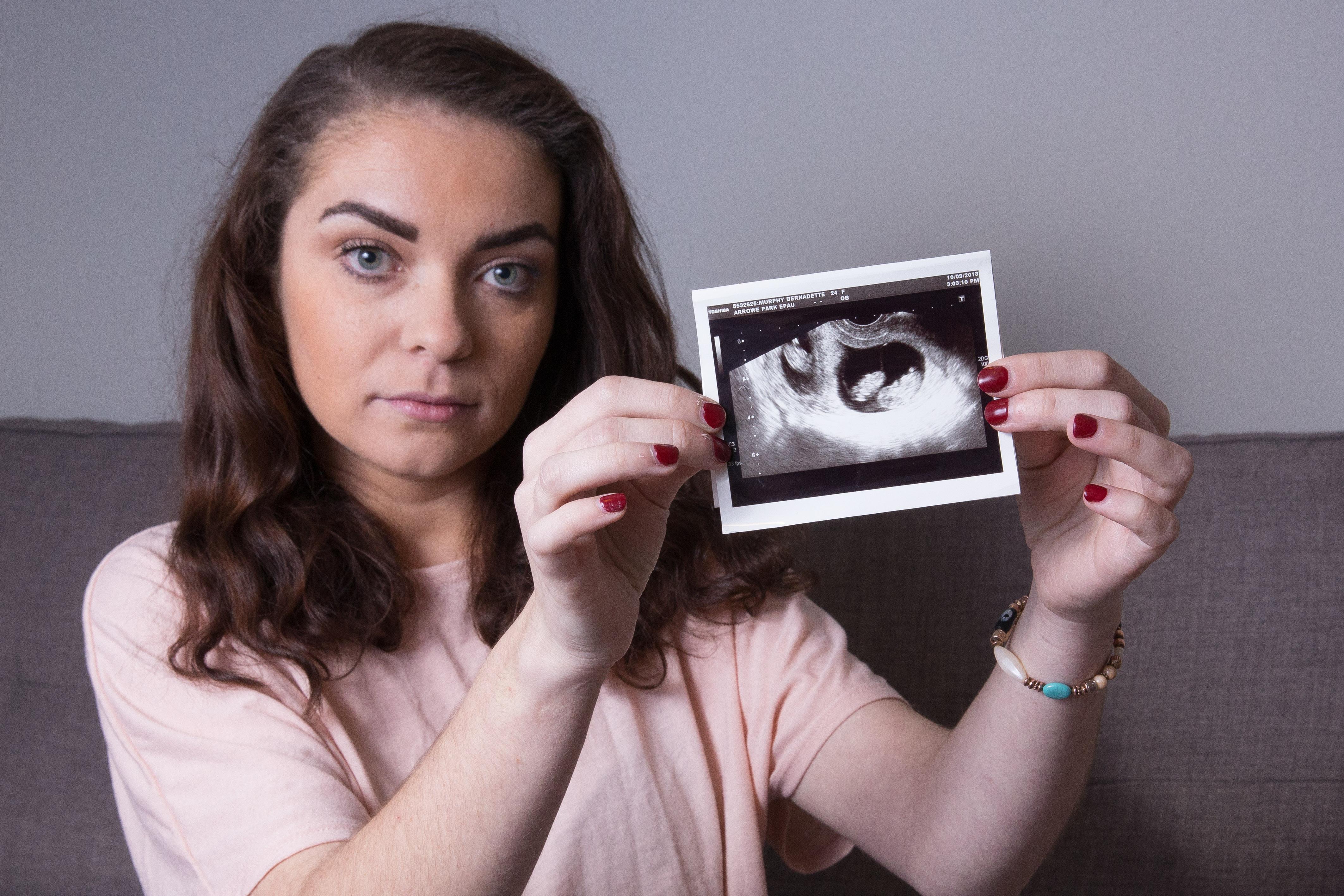 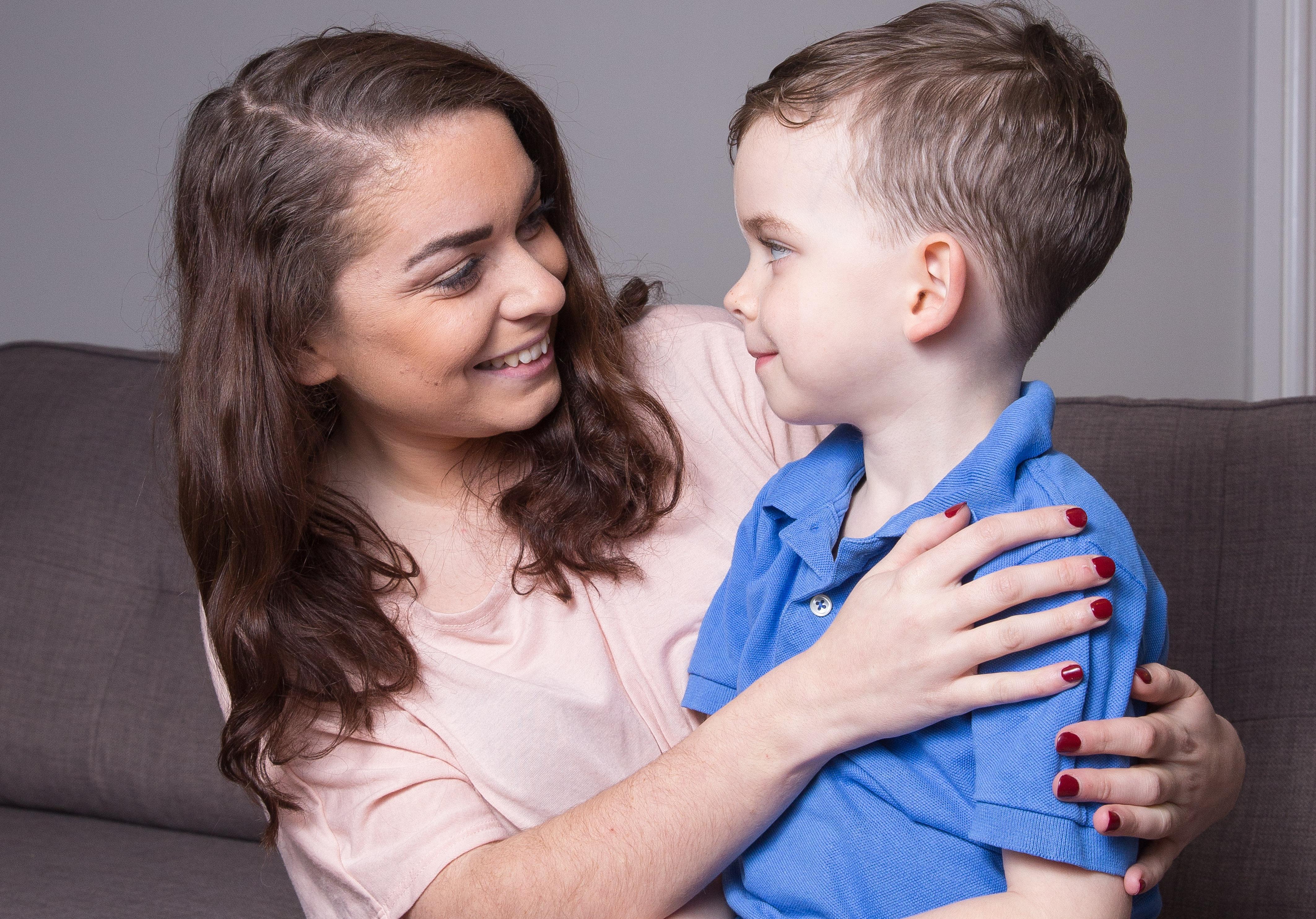 Then, at 37 weeks in April 2014, she was induced, giving birth to James, weighing a healthy 6.5 pounds – as well as stillborn twins Joseph and Niall.

She said: "When they were born it really hit me.

"When I was carrying them it felt like I was protecting them the whole time. I just wanted to have them at home with me.

"Joseph was fully formed but Niall had been partially absorbed into the placenta. I was just so happy that I got a chance to see them."

Bernadette has since explained to James, now four, that he also had two siblings.

She said: "I wanted him to know that he had two brothers but it was a tricky to explain at first and extremely sensitive as I needed to ensure I was strong enough emotionally.

"I didn't want him to think it was his fault. I explained that they were sick and they were now up in the sky.

"I remind him how special and unique he is and that their blood flows through him always. They are always with him. He loved doing the runs as he is so full of energy and he will always know he had two special brothers."