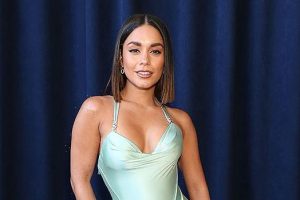 While walking the red carpet at the 2022 SAG Awards, Vanessa Hudgens looked absolutely radiant in a gorgeous gown.

The stars gathered in Santa Monica for the 2022 Screen Actors’ Guild Awards on Feb. 27, and Vanessa Hudgens was one of the familiar faces in attendance. The actress showed up on the red carpet looking beyond amazing. For her award show look, Vanessa rocked a light green, satin dress with a slit all the way up one leg. The Versace gown had thin straps and Vanessa paired the sexy, statement look with gold, open-toed shoes. The low-cut neckline allowed her to show some skin on the top half, in addition to the major leg she served on the bottom. 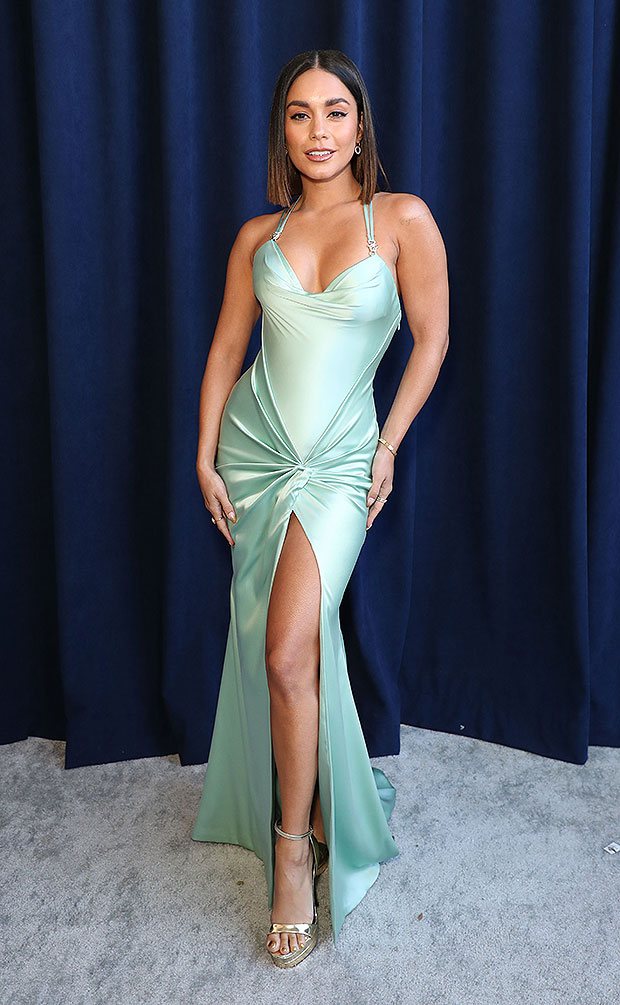 Of course, Vanessa’s hair and makeup was also done to perfection. She had her hair styled sleek and straight and cut into a neck-length lob. Her eye makeup was simple, aside from a cat-eye done with thick liner, and on her lips was a light pink gloss. She accessorized the look with a gold clutch to match her chunky heels, as well as earrings, a bracelet and rings. The leggy look was all sorts of sexy, and Vanessa pulled it off to perfection. Her boyfriend, Cole Tucker, was by her side on the red carpet, as well. 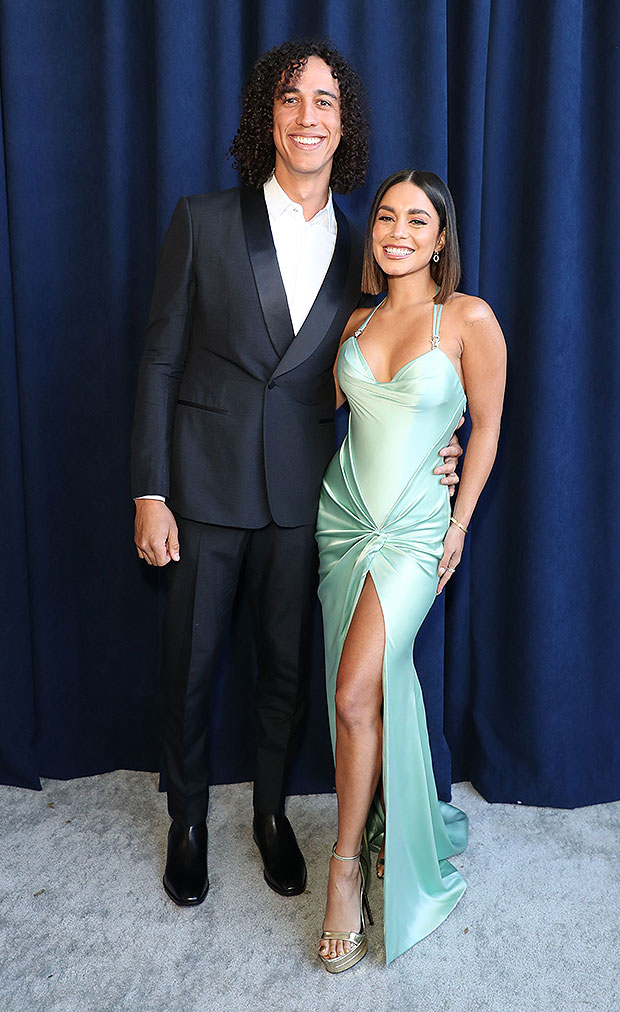 Vanessa is attending the 2022 SAGs as a presenter, and she actually announced the nominees for the show alongside Rosario Dawson back in January. The ladies appeared on Instagram Live to reveal the television and movie stars who would be up for awards at the ceremony. The winners of SAG Awards are chosen by members of the Screen Actors’ Guild, so the stars’ peers are the ones deciding their fate at the ceremony.

In 2021, Vanessa starred in one of the year’s most buzzed-about movies, tick…tick…BOOM! Although the movie’s cast is not nominated for Best Ensemble at the SAGs, Vanessa’s co-star, Andrew Garfield, is up for the Outstanding Performance by a Male Actor in a Leading Role nomination. He’s up against Javier Bardem, Benedict Cumberbatch, Will Smith and Denzel Washington in the category.