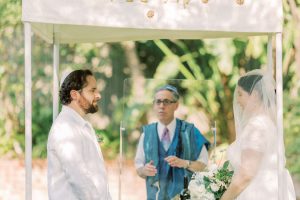 After a three-mile walk and conversation about their travels and favorite authors that ebbed seamlessly between Spanish and English, Lucia Macias, 37, and Matthew Jaffe, 40, both found themselves wanting more time with one another.

The two, who met online on a dating website in July 2015, ducked into a restaurant across the street in Oakland, Calif. Eventually, their date came to an end, but only because the restaurant closed.

Ms. Macias and Mr. Jaffe continued to meet up, each time finding more commonalities. Their relationship progressed slowly, though, as Mr. Jaffe had only recently ended a long-term relationship. Although Ms. Macias felt uneasy about dating someone who needed more time to commit, she sensed that Mr. Jaffe was worth the wait.

“I’m usually more of a planner,” Ms. Macias said. “Even though things weren’t done the way I normally would do them, things worked out. I was in love with him.”

As the two eased into their relationship, the couple began to learn they were compatible not only because of what they had in common, but also in their differences.

Ms. Macias, a self-described Type A immigration lawyer who was used to working weekends, found herself enjoying more time off as Mr. Jaffe’s easygoing and relaxed demeanor rubbed off. Mr. Jaffe picked up on Ms. Macias’s drive and took his Marriage and Family Therapist Exam, which he had admittedly been delaying for a few years, in order to become licensed.

“So much more is possible because I’m with Lucia,” Mr. Jaffe said. “I can do more, accomplish more of what I want to accomplish, because I feel so supported and so understood.” 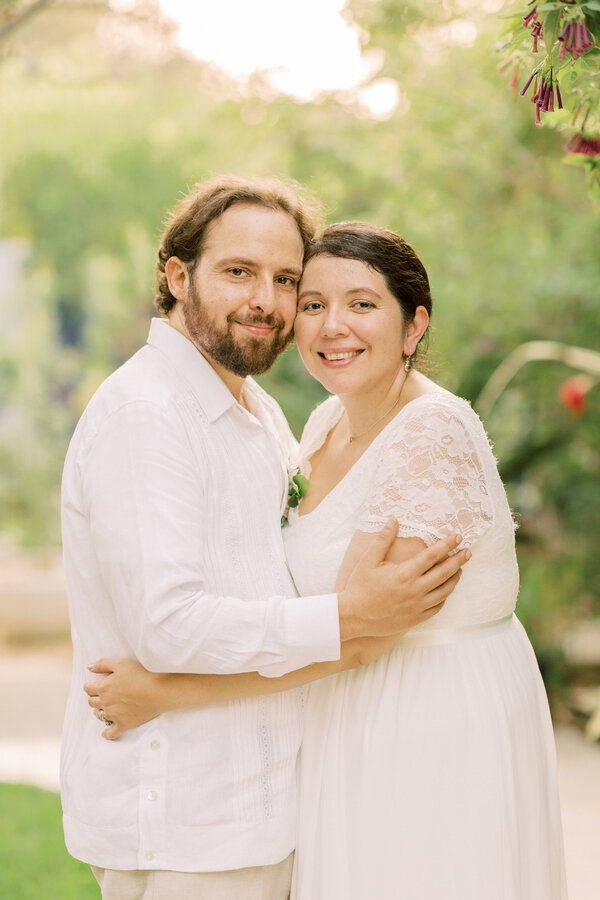 The two also influenced each other in their faith. Although Ms. Macias had found herself curious about Judaism, she had always identified as a culturally Catholic Mexican-American woman. Mr. Jaffe identified as Jewish, but he was not practicing at the time. A 2017 trip to Mexico City changed all that.

During their vacation, Ms. Macias scheduled a trip to the Historic Synagogue Justo Sierra 71 in Mexico City, to learn about the Mexican Jewish community. Ms. Macias finally felt a reconciliation between her Mexican identity and her curiosity about Judaism. In 2019, Ms. Macias officially converted to Judaism.

“We started following the traditions and customs because it added a lot to our life,” Ms. Macias said. “It really brought us together on a another level, spiritually.”

Their harmony proved to be a strong launching point that set the tone for the rest of that year. Ms. Macias and Mr. Jaffe decided to start a family and found out they were expecting July 4, and on Nov. 11, Mr. Jaffe proposed while on a trip to visit his grandmother in Manhattan. The two ventured to the top of the Empire State Building at midnight and with no one else around and the backdrop of the city twinkling behind them, Mr. Jaffe dropped to one knee and presented Ms. Macias with a costume jewelry ring. It was a memento from his childhood and a place holder until she could pick a ring of her own.

Upon their return to Oakland, the newly engaged couple found a home they loved and began closing on it toward the end of their whirlwind year. “Once we realized how happy we were together, it didn’t feel scary to make those big decisions,” Mr. Jaffe said.

As 2020 began, the couple were wrapped up in making preparations for a move, a wedding, which they planned to hold at their synagogue on Aug. 8, and a baby. On March 15, their daughter Clara Susane, was born.

The two were married Sept. 6 in San Jose, Calif., in the garden of Mr. Jaffe’s parents’ home. Rabbi Mark Bloom, who also had led Ms. Macias’s conversion, officiated. In accordance with social distancing guidelines, 10 family members were present and one guest who was present to sign the ketubah as a witness. A streaming option was available to invited family and friends.

“Matt and I come from such different worlds, and for some reason, the internet brought us together, ” Ms. Macias said.