Home » Fashion » Who are the most successful The Apprentice winners? From Dr Leah Totton to Leah McQueen

Who are the most successful The Apprentice winners? From Dr Leah Totton to Leah McQueen

Eighteen shiny new candidates will soon be strutting into Lord Sugar’s boardroom to endure weeks of painful put-downs and embarrassing jibes from the business mogul and his trusted associates, Karren Brady and Claude Littner. 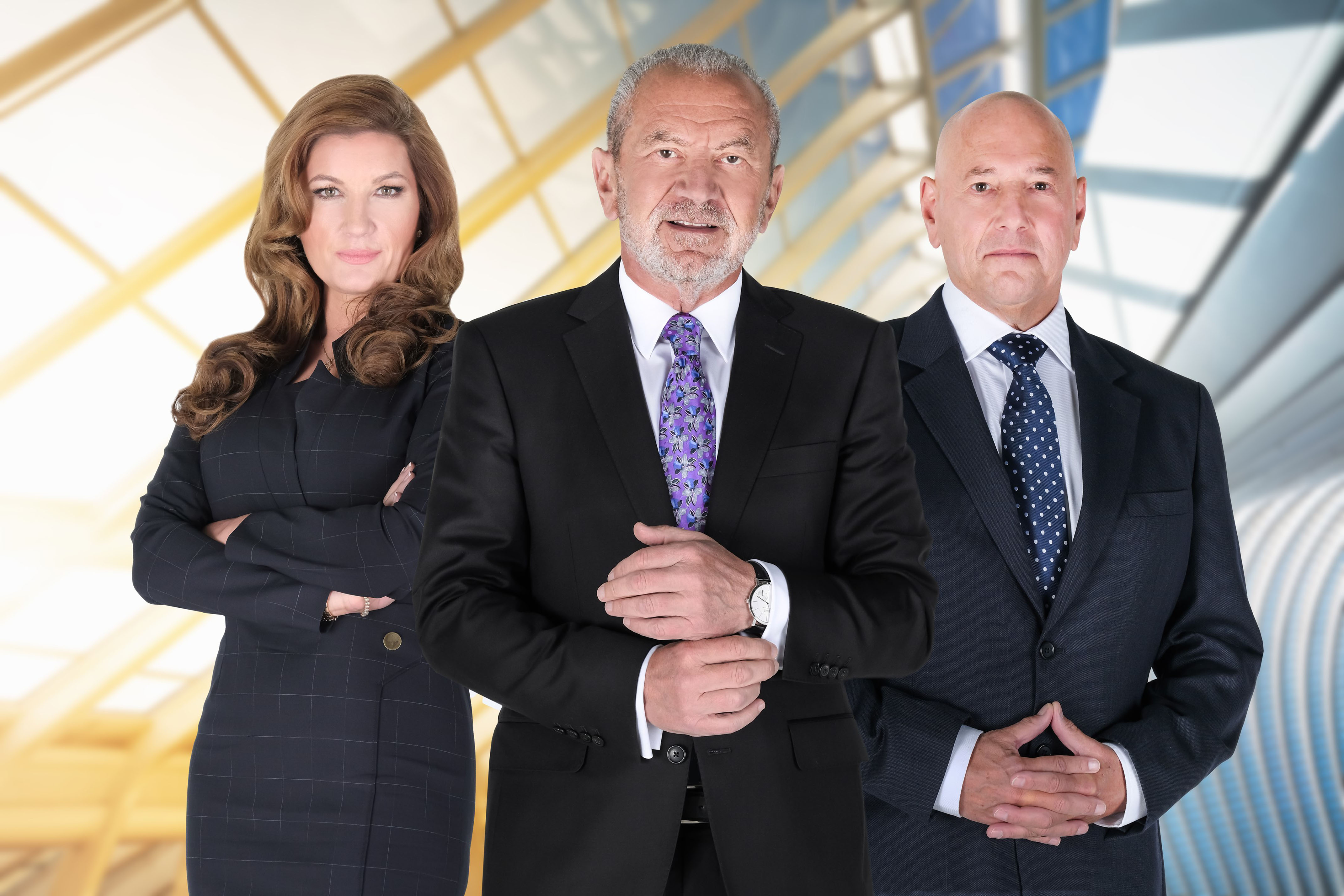 James White and Sarah Lynn made it all the way to the final – and in an unprecedented twist, they were BOTH crowned winners, receiving £250,000 investment from Lord Sugar.

The duo impressed the business legend with their business plans for IT recruitment and confectionery respectively, meaning he had to fork out half a million pounds in total.

But what happened to the previous champions? From becoming Botox queens to building multi-million pound empires and battling cancer, we catch up with the winners. Lord Sugar will see you now!

Who won series one of The Apprentice? 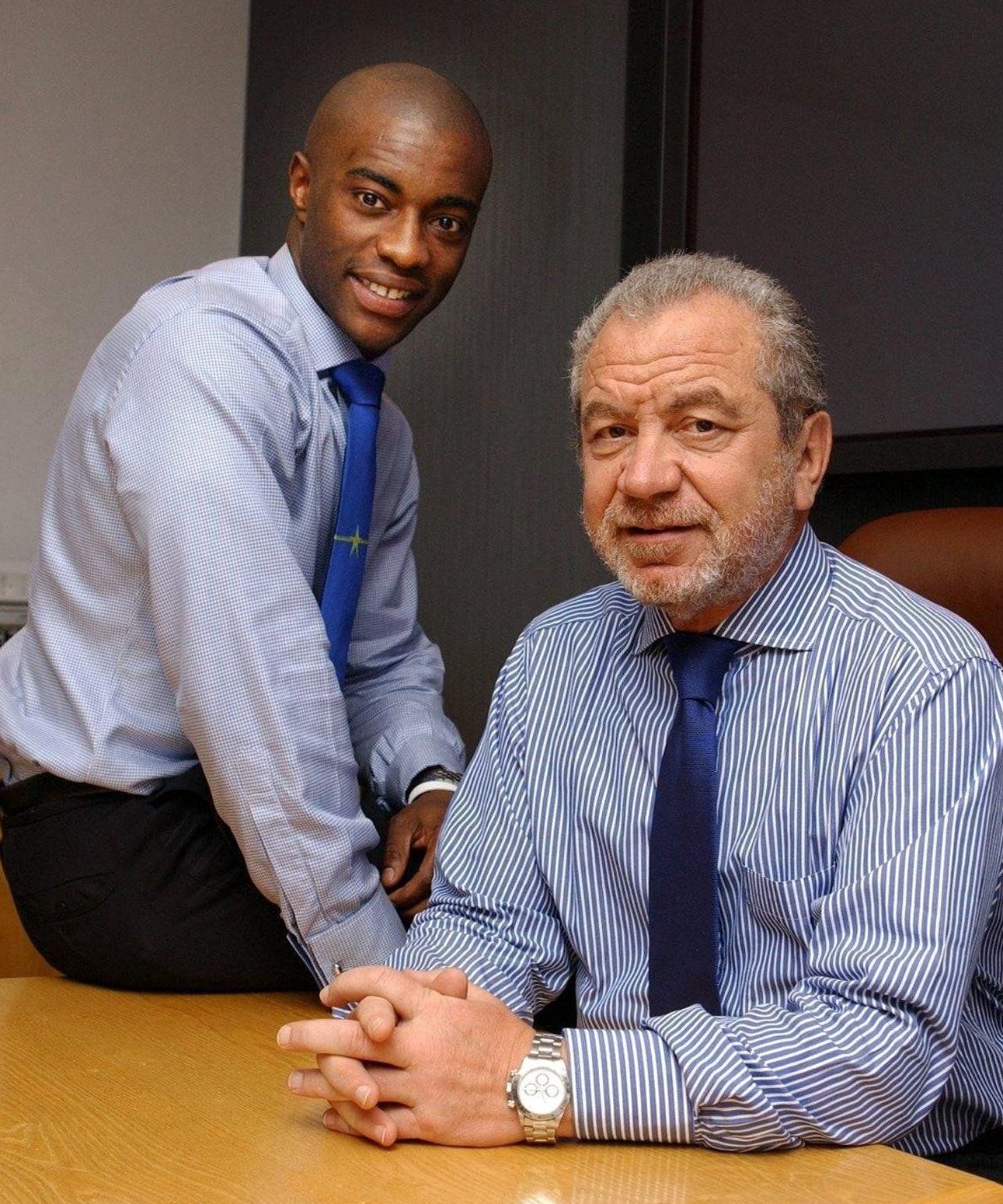 The 41-year-old, from Stratford, London, bagged a £100,000 a year job at Lord Sugar’s Amstrad company, and was tasked with launching the Integra electronic anti-wrinkle device.

In March 2007, Tim – the son of a Jamaican-born single mum – set up a social enterprise called Bright Ideas Trust, which supports young entrepreneurs from disadvantaged backgrounds.

“I never saw the Apprentice, Lord Alan's position, as a job for life,” he told The Guardian. “It was on a plate for me but that wasn't what it was about. I never saw him as a blank cheque.”

In December 2013, dad-of-two Tim revealed he had been battling testicular cancer.

After being given the all-clear, Tim, who has been awarded an MBE for Services to Enterprise Culture, co-founded Marketing Runner Ltd with Derin Cag, a bespoke digital marketing agency.

Who won series two of The Apprentice? 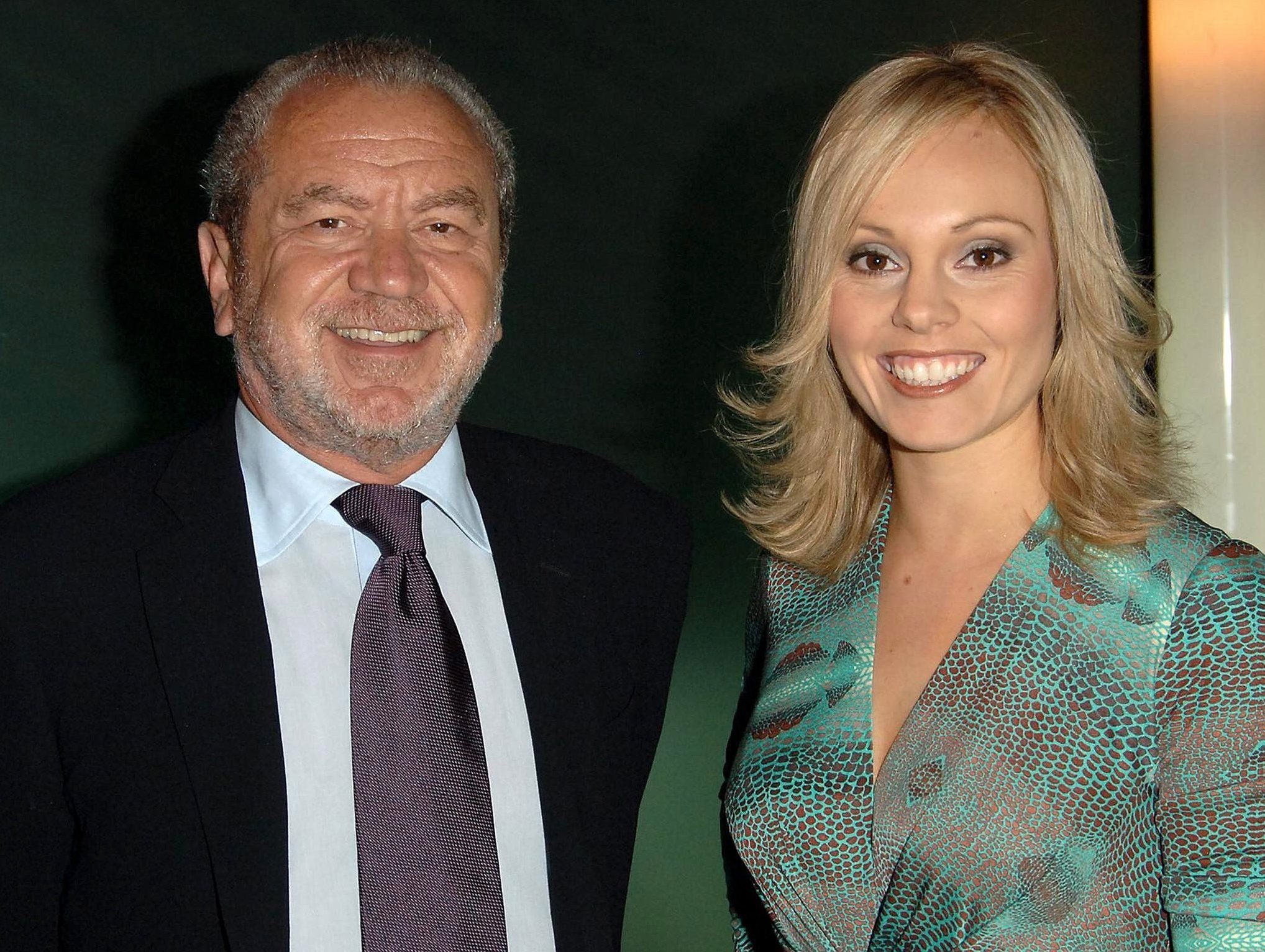 Michelle Dewberry – dubbed the ‘Silent assassin’ by viewers thanks to her quiet determination – pipped favourite Ruth Badger to the winner’s title in 2006.

The 38-year-old blonde bombshell was paid £100k a year to launch Xenon Green, Lord Sugar’s computer equipment disposal project, but left the role after a year.

Michelle, who grew up on a council estate in Hull, went on to set up her own consultancy firm.

In July 2006, The Sun revealed that she was pregnant by Syed Ahmed, a fellow Apprentice contestant.

Sadly, Michelle miscarried the baby after being admitted to hospital with stomach pains, and the pair spilt soon afterwards.

Michelle went on to become a Sky News TV pundit, run a shopping website called Daily Chic and penned an autobiography called Anything Is Possible.

In 2014 she had a spot on her face removed after a biopsy revealed it was cancerous.

Who won series three of The Apprentice? 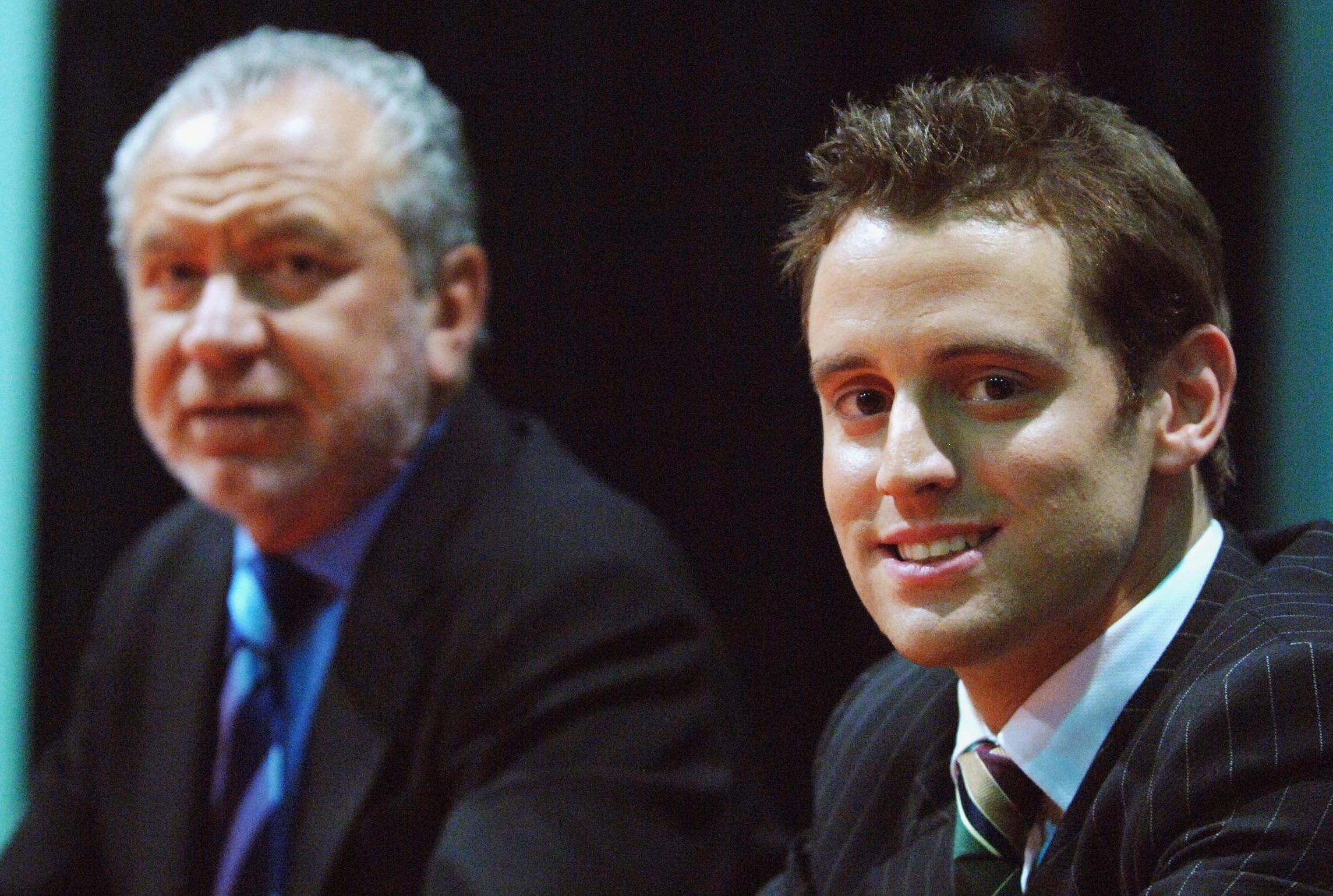 The 38-year-old Londoner became a member of Mensa at 13,  attended the same school as Nick Clegg and is the son of a successful businessman – his dad owns laser eye surgery clinic, Optimax.

After his win in 2007, the Cambridge graduate told Digital Spy: “Well, I'd like to think I've shown that a nice guy from a nice background sometimes can win.”

Simon was assigned a role at Lord Sugar’s property company Amsprop and trained as a surveyor before becoming the chairman of the London Contemporary Orchestra.

Who won series four of The Apprentice? 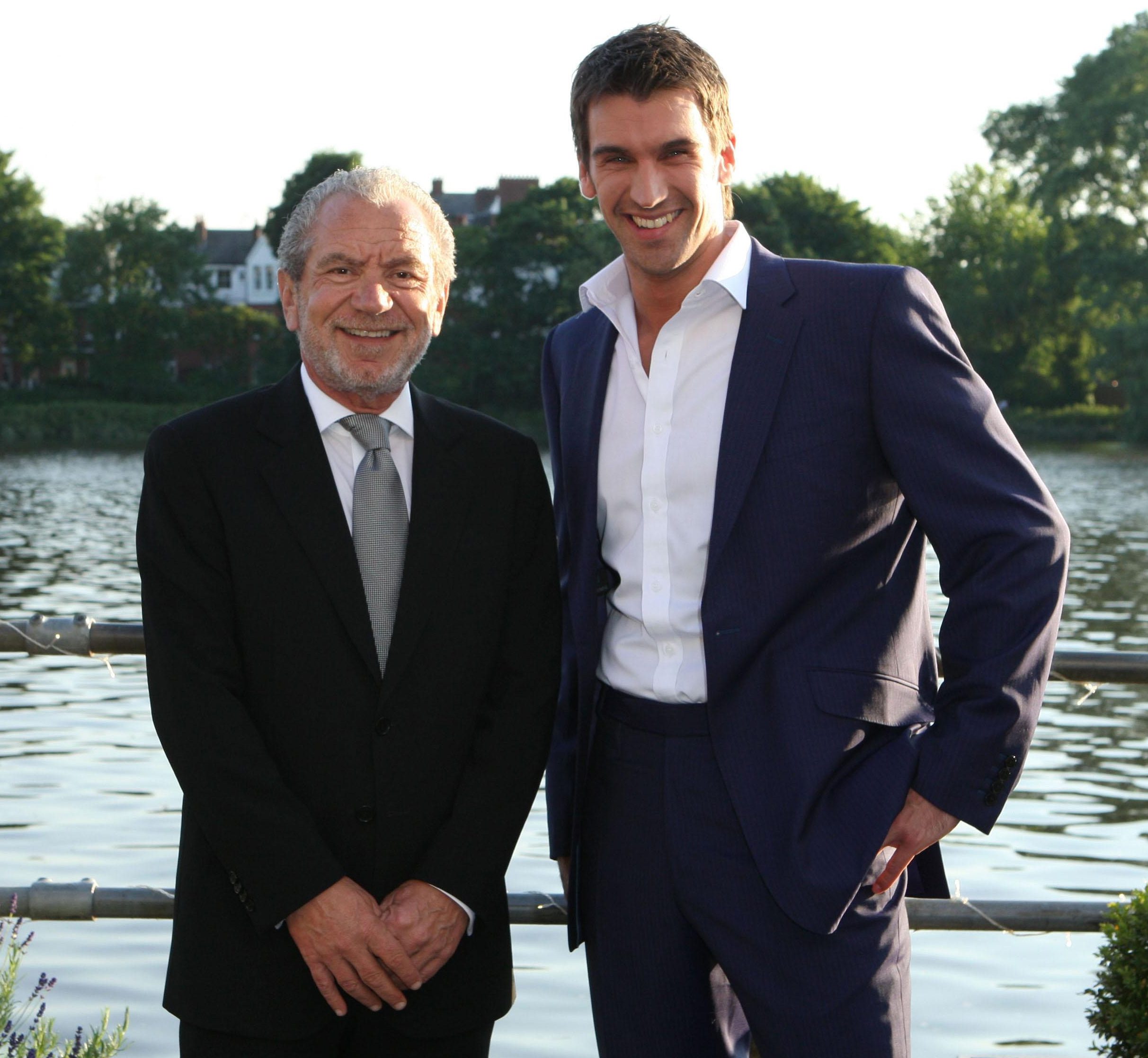 Lee McQueen went from being a milkman’s son to the owner of a million-pound firm.

The 40-year-old dad-of-three from Middlesex won the 2008 series despite lying about his university achievements.

Lee didn’t get off to the best of starts with Lord Alan after calling in sick to his first day as a development director at Lord Sugar's Amscreen.

Despite the setback, the former IT recruitment manager worked for the company for two-and-a-half years and went on to set up a digital media business with Lord Sugar's son Simon.

In September 2010 Lee, who is now based in Oxfordshire, set up his own sales recruitment and training agency, Raw Talent Academy. The firm is expected to make £1.5million per year.

He is best remembered for his catchphrase: “That’s what I’m talking about!”

Who won series five of The Apprentice? 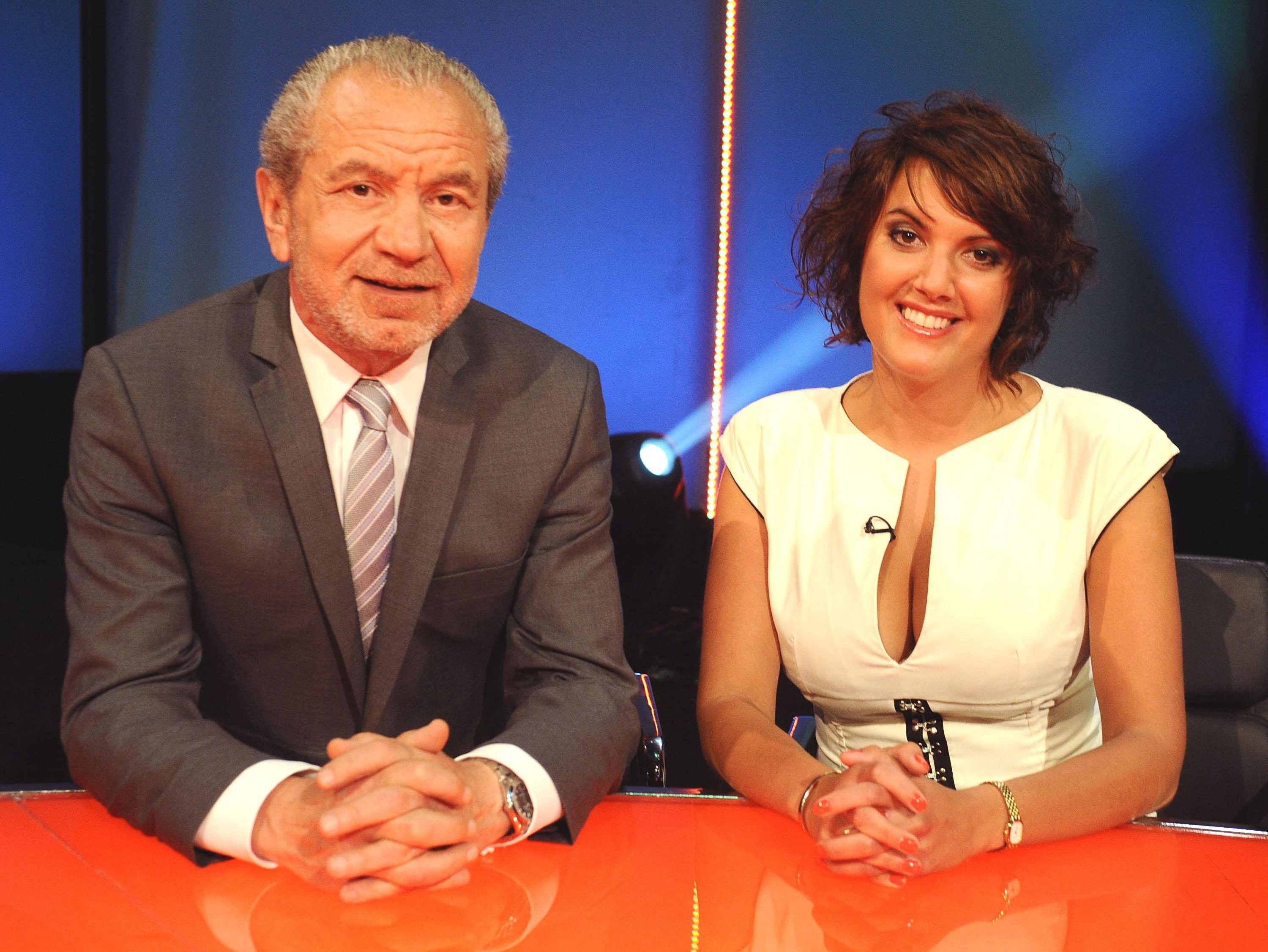 However, the 37-year-old former restaurant owner fell pregnant four months into her £100k-a-year role after enjoying a whirlwind romance with a colleague.

Yasmina worked for Lord Alan for 12 months but chose not to return after her maternity leave.

After taking time off to have her two sons Rupert and Roman, Yasmina was headhunted by former Dragon’s Den star James Caan and now works as creative director of Start Up Loans.

Who won series six of The Apprentice? 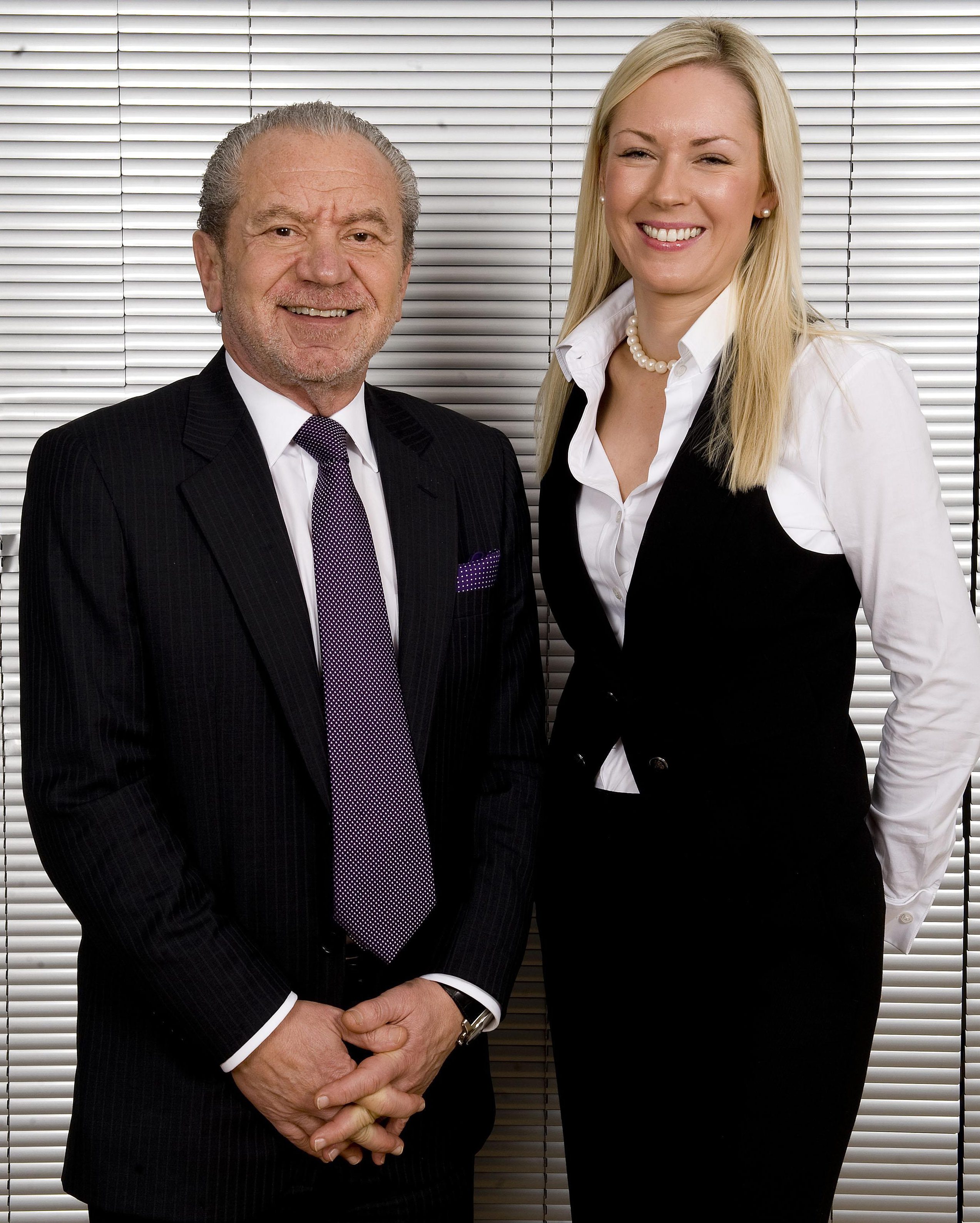 Stella English was brought up by her great-aunt on a council estate in London and left school with zero qualifications.

However, the ambitious 38-year-old managed to work her way up to the head of business management at a Japanese investment bank – earning £80,000-a-year – before winning The Apprentice in 2010.

Stella, who lives in Kent with her husband Ray, went on to work for Lord Sugar's Viglen, which sells IT solutions to the education sector, before moving to the digital TV service YouView.

She walked out after 13 months of employment when told her contract would not be renewed and claimed she was just an 'overpaid lackey'.

After unsuccessfully trying to sue Lord Sugar for constructive dismissal, she was later pictured at the Jobcentre and revealed she only had £90 in the bank.

Stella is now a host for Crowd Box – a TV channel that helps entrepreneurs raise money through crowd-funding – and works as a management consultant.

Who won series seven of The Apprentice? 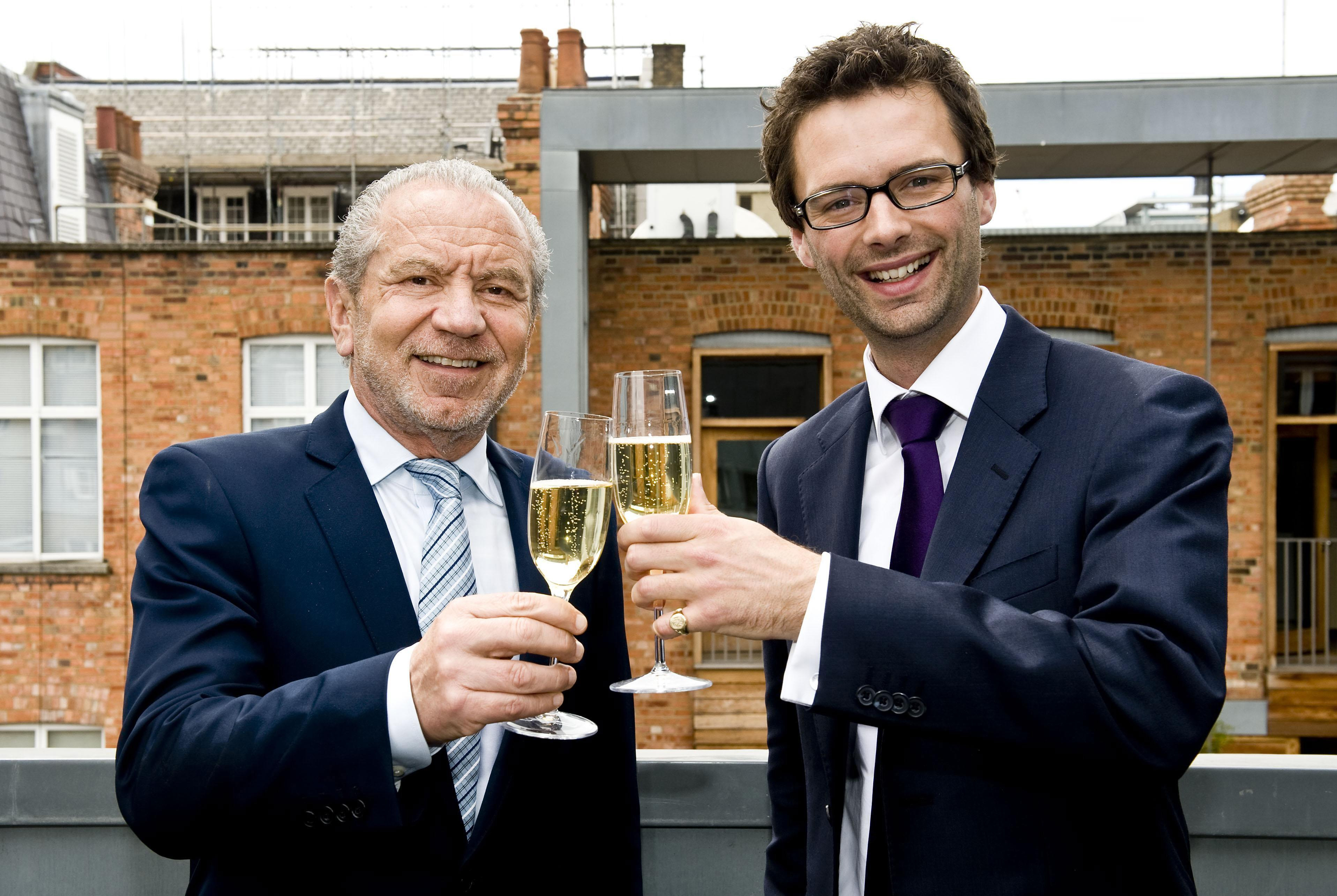 Geeky Tom Pellereau became the first contestant to win a £250,000 investment as part of the format shake-up.

The 37-year-old inventor from Twyford, Hampshire, went into business with the tycoon developing an S-shaped nail range called Stylfile, which was sold at Tesco and Asda supermarkets.

Their company has made a turnover of £1.5million.

Tom, a former mechanical engineering student, went on to develop a collapsible baby bottle, a bowel cancer screening device and other inventions.

He admitted that he "gets shouted at all the time" by Lord Sugar.

Who won series eight of The Apprentice? 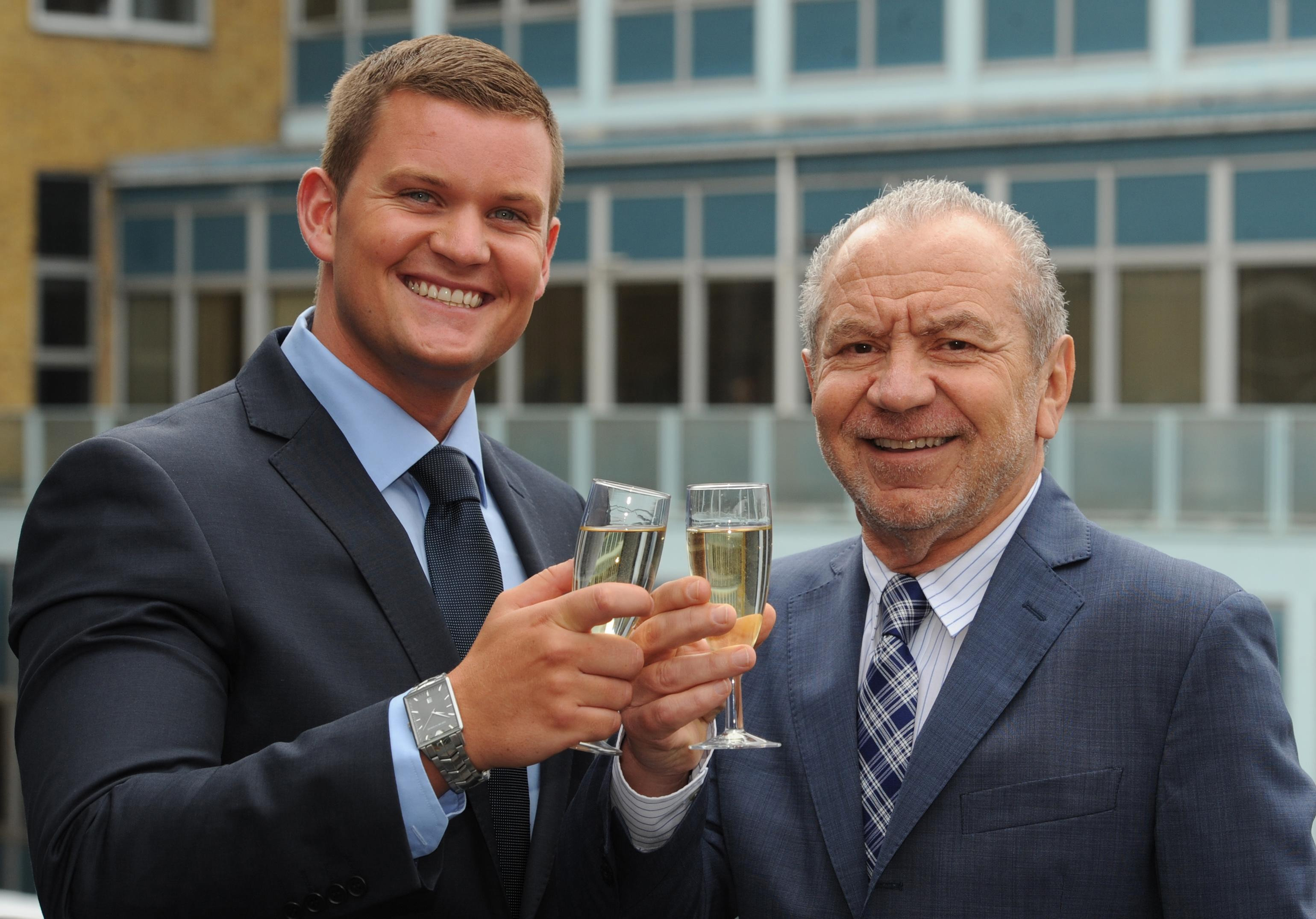 Ricky Martin – who changed his named from Richard in order to emulate the pop star – won the reality series in 2012.

The qualified biochemist from Portsmouth was praised as a "glowing example" to young people by his business  mogul mentor.

Who won series nine of The Apprentice? 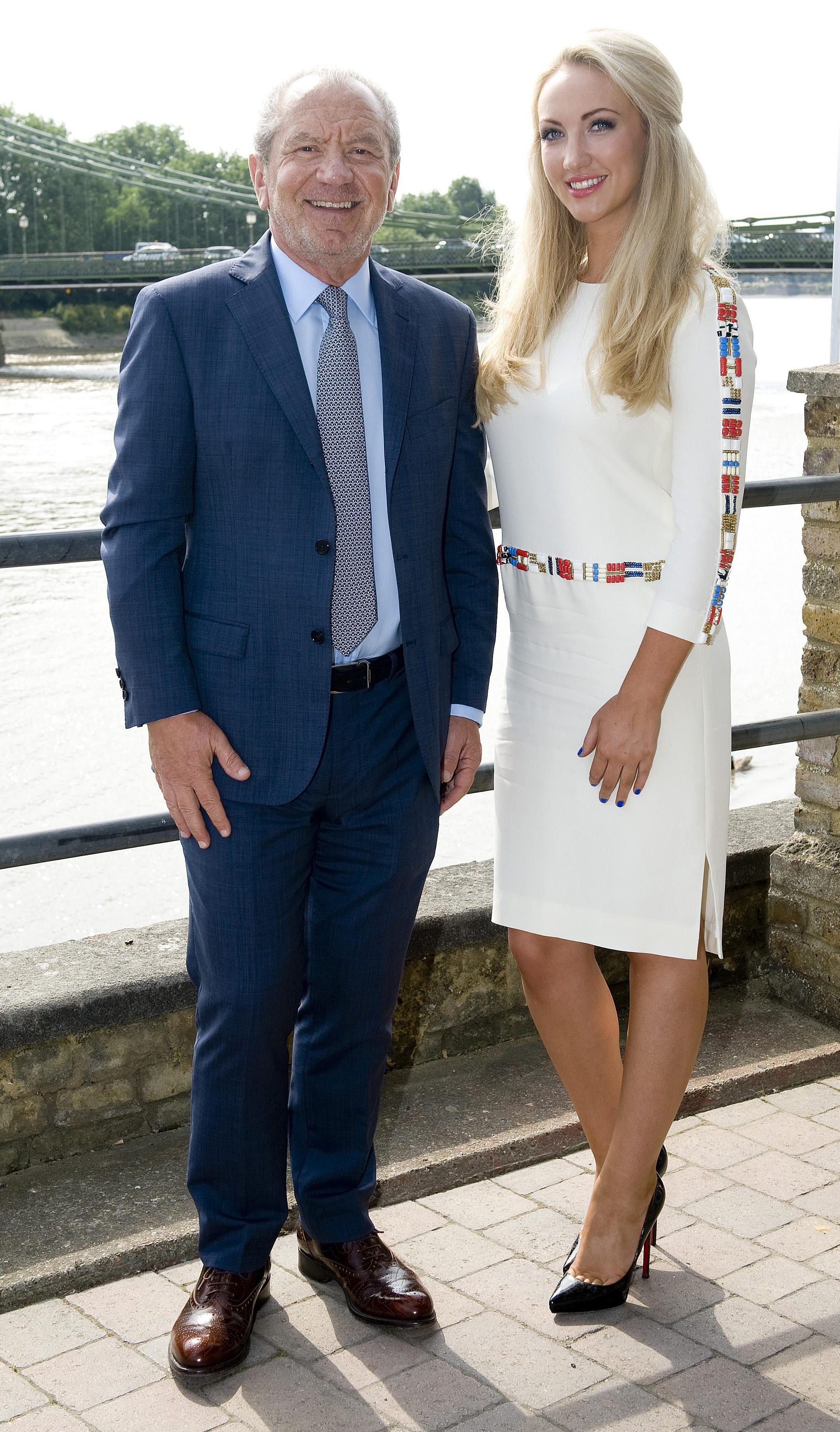 The 30-year-old Irish GP injected the bumper sum in setting up a Botox clinic in central London.

Leah's clients include a host of famous faces such as TOWIE star Frankie Essex, and Karren Brady attended the launch.

Blonde bombshell Leah, who has been linked to Apprentice candidate Mark Wright, said she's yet to encourage Lord Alan to go under the knife.
She joked: "Whenever he pops into our clinic, I offer him Botox treatments but he politely declines."

Who won series ten of The Apprentice? 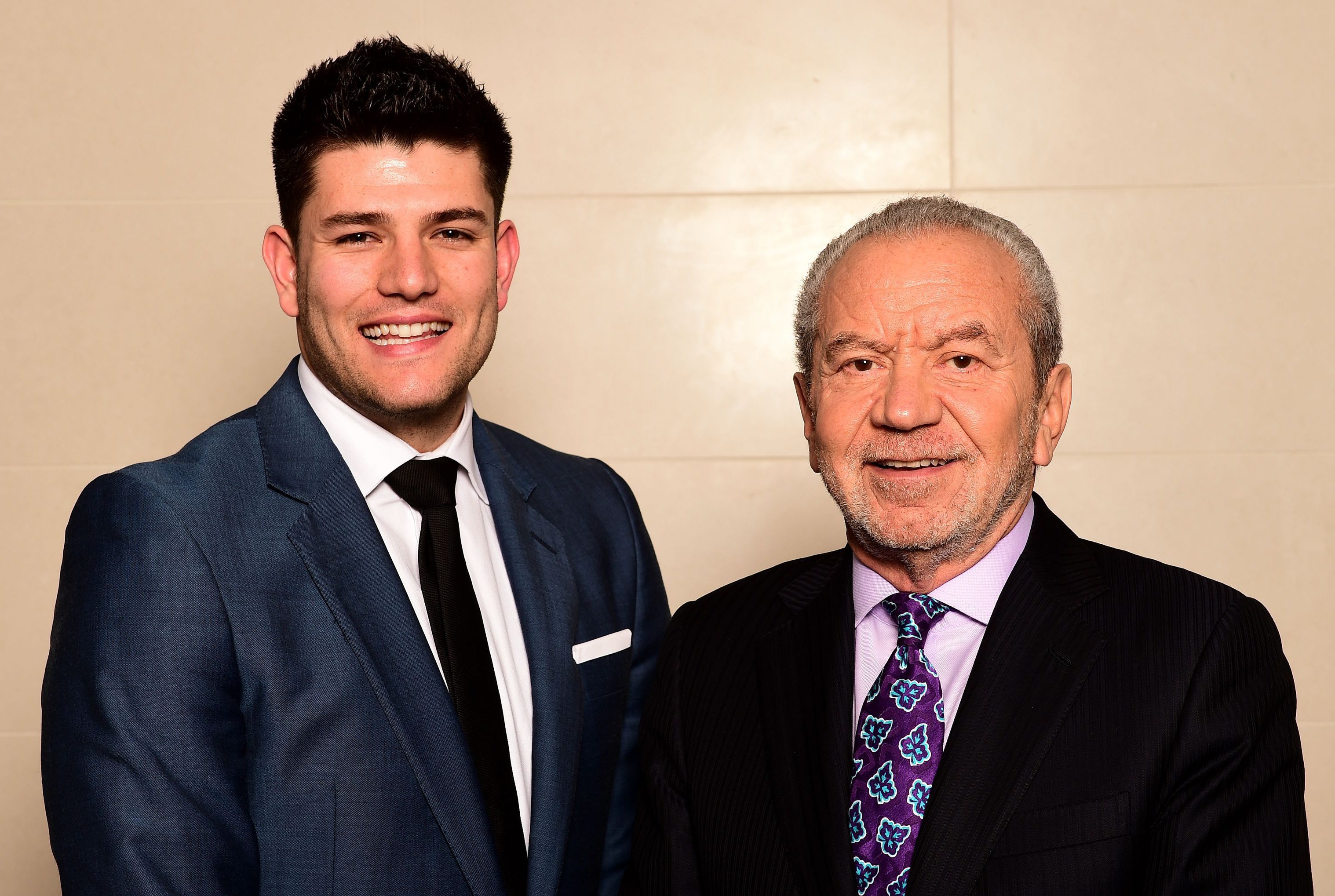 The bitter rivalry between Mark Wright and Daniel Lassman became an almost Game of Thrones-esque drama in 2014.

Mark admits he often gets confused with his TOWIE namesake.

He joked: "I'm the better looking of the two Mark Wrights! That's the one thing I've got in my favour.

"But I can't get my b***** Twitter verified because they think I'm a bloody account of the other geezer off TOWIE!"

Who won series 11 of The Apprentice? 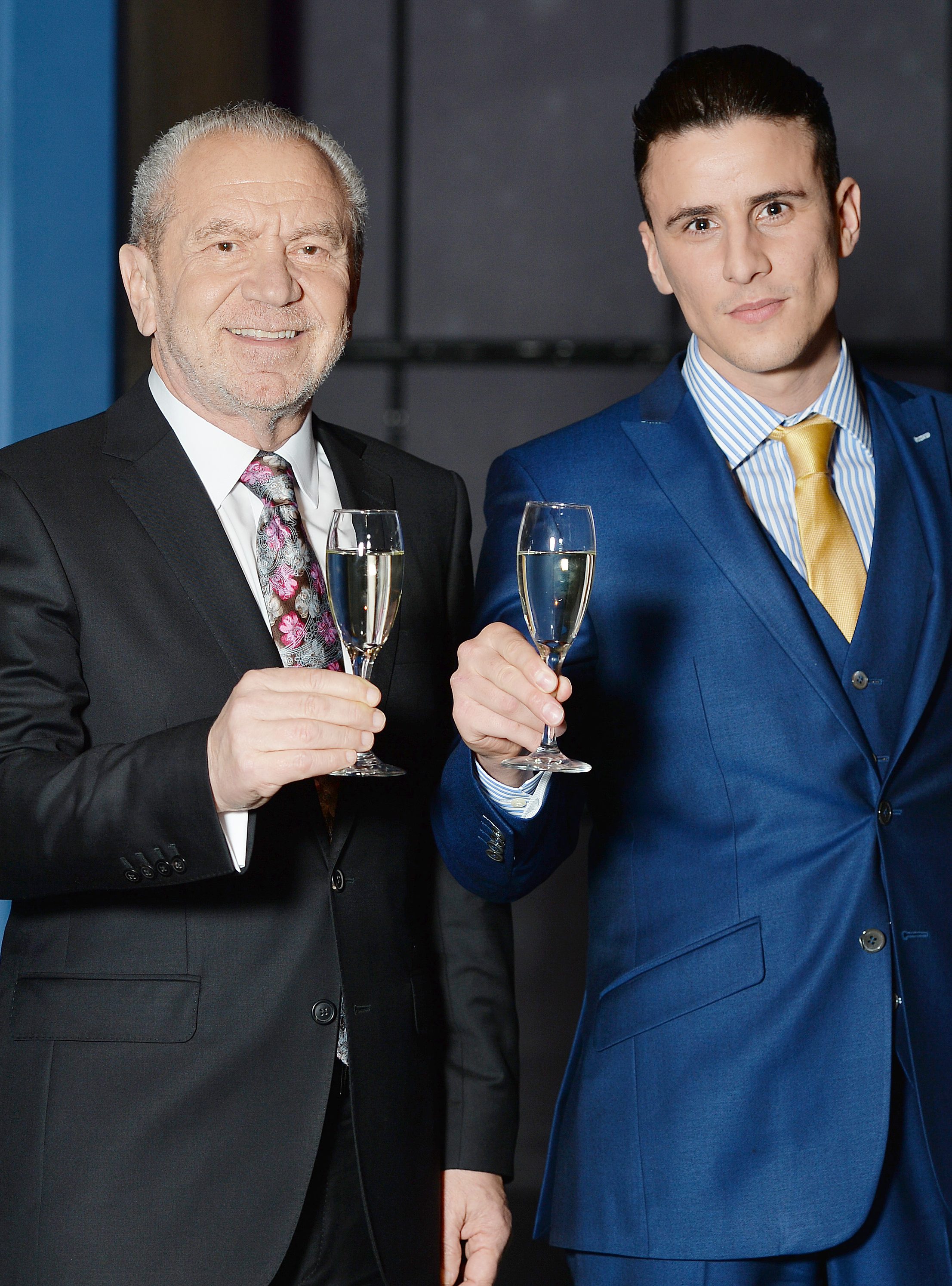 Despite his questionable facial hair, the 28-year-old plumber stormed to victory.

He declared: "I am the definition of success. I'm the godfather of business."

Joseph used the £250k investment to expand his business, which maintains and installs plumbing, heating and electrical products.

He plans to bring the Peterborough-based business to London in the next five years and take on the likes of British Gas.

In 2017, it was announced that Joseph had acquired Lord Sugar's shareholding and full control over the company.

Who won series 12 of The Apprentice? 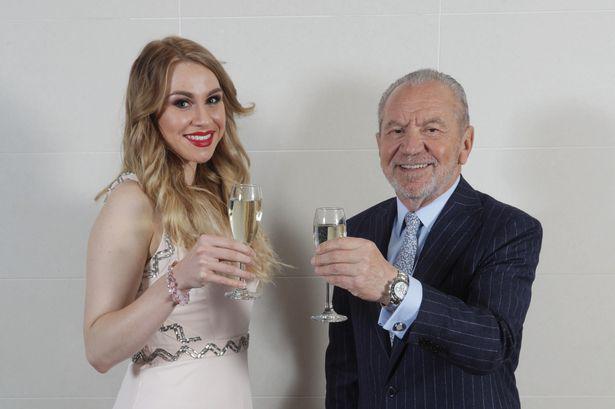 She says she speaks to Alan "at least once a week" but admits she "still gets nervous" when he gives her a call.