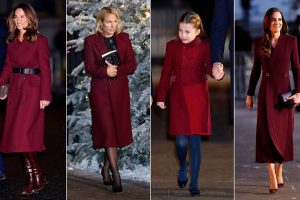 On Thursday evening, members of the royal family including the Prince and Princess of Wales attended the ‘Together at Christmas’ Carol Service at Westminster Abbey in London. Supported by The Royal Foundation and spearheaded by Princess Kate, the royals gathered at the service which was dedicated to the late monarch Queen Elizabeth II and her reign.

For the touching occasion, Princess Kate opted for a burgundy colour palette – and she wasn’t alone. Other royal family members such as Zara Tindall, Princess Charlotte and Kate’s younger sister Pippa Middleton also donned the festive hue for the outing.

Why? In addition to putting on a united display with Princess Kate and the colour simply being a festive shade, the royal ladies may have worn burgundy for another significant reason.

Red is a conventionally royal colour and has, over time, come to symbolise power and majesty. Kings wore the striking shade in the Middle Ages to assert their authority and status, in addition to demonstrating their God-given right to rule.

In the Elizabethan era, Sumptuary Laws were enforced to ensure different classes were easily identifiable by their clothing. The colour red was reserved for the nobles as the crimson colour exuded power, strength and warmth. 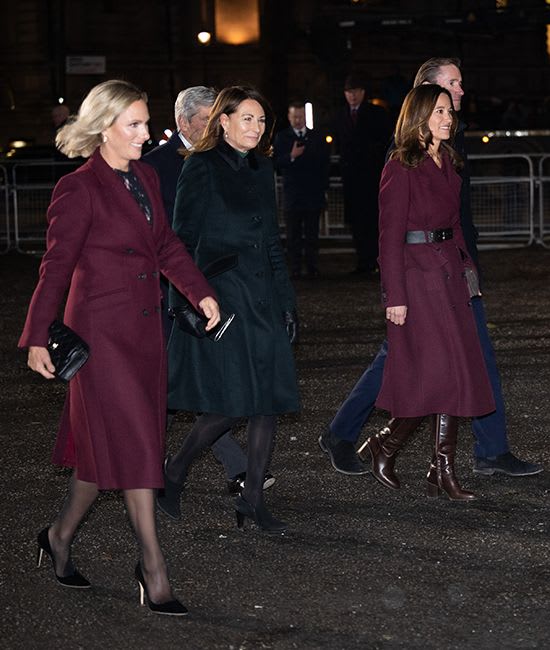 While the colour’s connotations with monarchical power may not be as strong in today’s society, there is no doubt the hue makes a statement.

According to Colour Psychologist Tash Bradley and Director of Interior Design at Lick, “the royals are so carefully selective about what they wear”, and Princess Kate’s highly fashionable ensembles are meticulously planned to evoke specific feelings. However, “if a royal is wearing red they are commanding attention, straight away.” 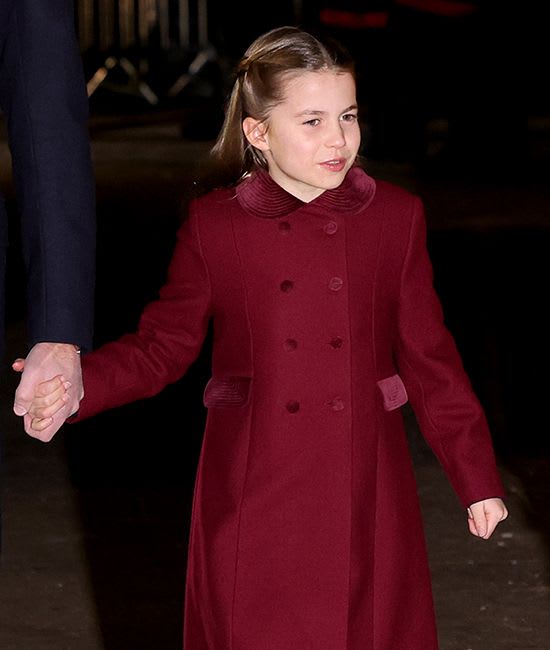 Princess Charlotte mirrored her mother in a crimson coat

There is also a potential further symbolism behind the royals wearing red to the Carol Service – a religious one. Back in medieval times, cardinals donned radiant red tones to symoblise Christ’s sacrifice on the cross. Christmas is a period to traditionally reflect upon Christ’s life and death, meaning Kate’s wearing of red could be a religious notion.

Fun fact – during the 17th and 18th century, British army officials wore scarlet military uniforms to help soldiers to distinguish fellow army members from opposite cavalry units. So perhaps the royal ladies’ red concoctions are a show of familial unity.

Whether Kate, Zara, Charlotte and Pippa’s decision to match in red was a deeply symbolic strategy or simply a festive fashion choice, one thing we know for certain is that they all looked ravishing in the royal tone.