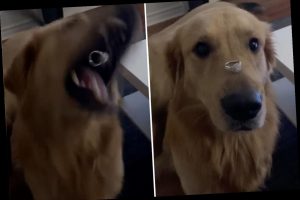 A WOMAN who got her dog to pose with her engagement ring for a cute announcement photo was left immediately regretting it.

In a viral video, the woman can be seen perching her diamond ring on her golden retriever's nose and asking him to "stay" but it goes very wrong. 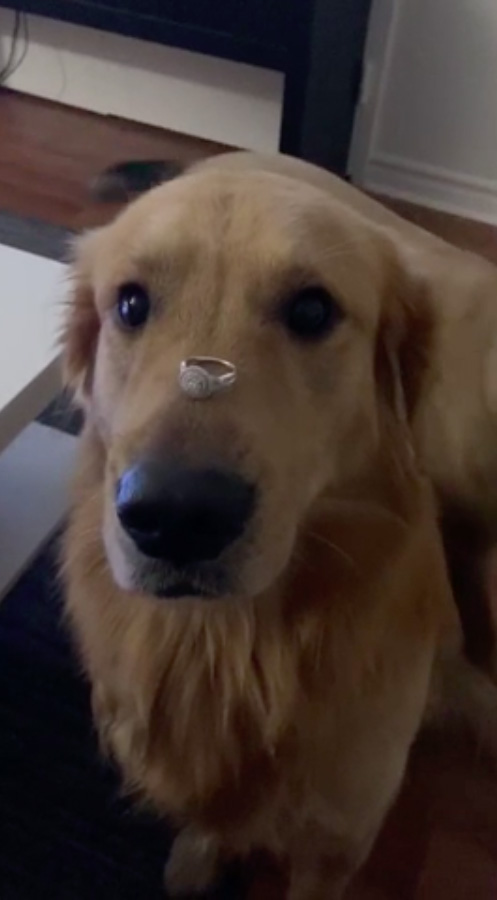 Seconds later, the pooch flips back his nose to throw the ring up in the air – and then gobbles it down.

A clip of the mistake was shared on Reddit, where people joked: "That dog has expensive taste" and "that really was a diamond in the rruuuuuuuuffff".

In the blink of an eye, the ring disappears, after the dog mistook it for a treat.

But many were unimpressed, slamming: "This lady is a f***ing idiot" and "How stupid can you get". 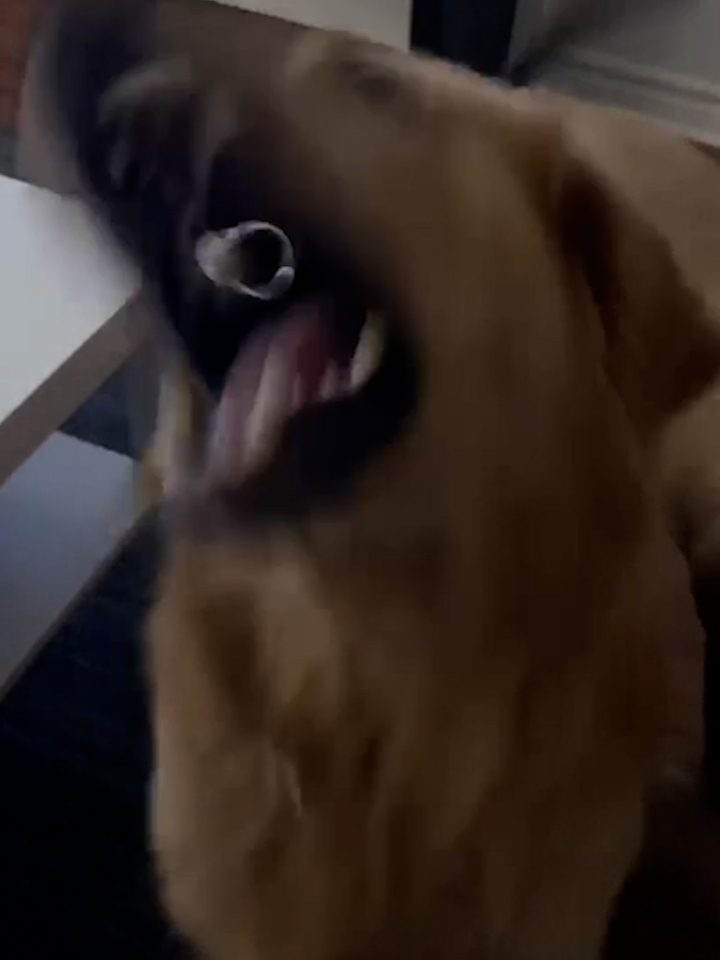 One person said: "Don’t you train dogs to do that? Place biscuit on nose…wait…wait, GO, dog eats biscuit".

While a pet owner had a handy trick, although it may be too late for the engagement ring.

She said: "First command I taught both my puppies was 'Out' and it means to drop whatever they have in their mouth.

"Took a long time but it's come in handy plenty of times".

Yesterday, the most "savage" wedding bouquet toss EVER saw a "cringey" guest snatch flowers out of another girl’s hands.

END_OF_DOCUMENT_TOKEN_TO_BE_REPLACED

END_OF_DOCUMENT_TOKEN_TO_BE_REPLACED
We and our partners use cookies on this site to improve our service, perform analytics, personalize advertising, measure advertising performance, and remember website preferences.Ok