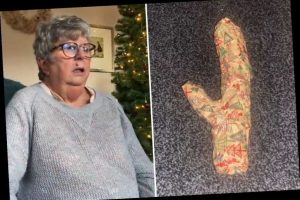 A GRAN looked on in horror as her granddaughter presented her mum with a very risqué looking present – which resembled a sex toy.

The woman wrapped up gifts for her mum, and as a joke decided to add a little extra wrapping paper onto one of the gifts – so it resembled the shape of a Rampant Rabbit. 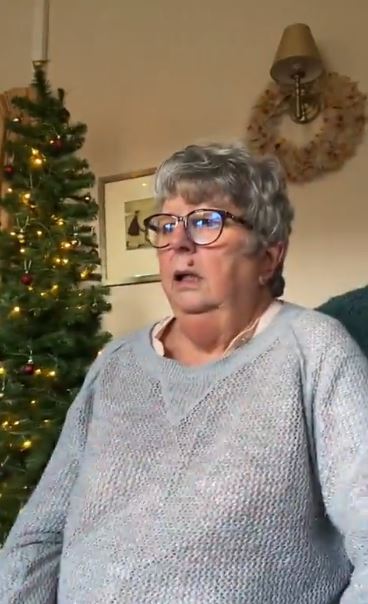 The woman shared a clip to TikTok showing her handing over the hilariously-shaped present to her mum – in front of her nan.

The older woman looks on in horror, with a knowing expression as she thinks she can tell what’s been wrapped up.

The clip has been viewed more than 23 million times, as the prankster said: “Christmas 2020 = ruined.

“Does anyone wanna guess what I got my mum for Christmas.” 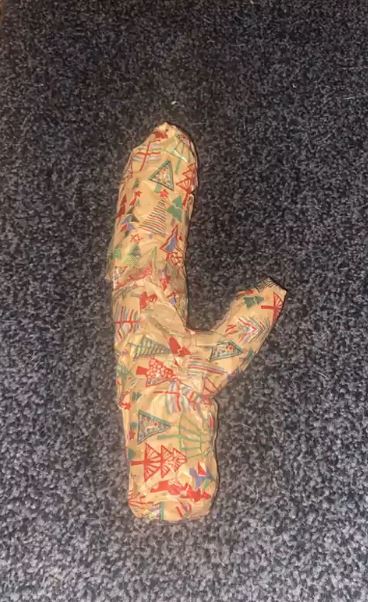 The woman says her mum is “not as innocent as she seems”, as she also thought she was unwrapping an X-rated gift, as she says: “I’ve got batteries in the drawer”.

The woman claimed the “atmosphere wasn’t great”, after the prank, as she finally revealed what she’d wrapped for her mum – a bottle of spray.

After the clip went viral, she said: “Why do people think I’d actually give that to my mam. 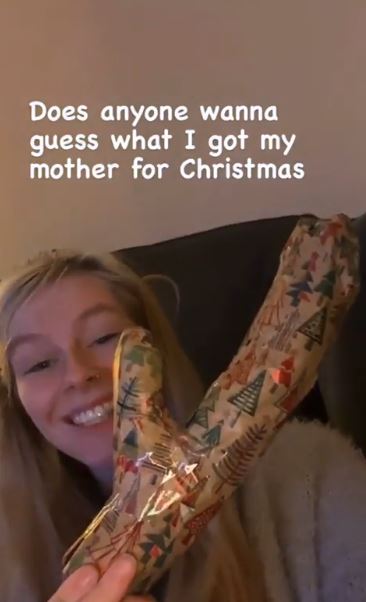 “Maybe for her birthday.”

Thousands of people have commented on the hilarious present exchange, with one person saying: “Tell me why it’s GRANDMA who seems to know what it is.”

A third commented: “That face was priceless.”

While this person pointed out: “The fact that grandma knew what it was before your mom.” 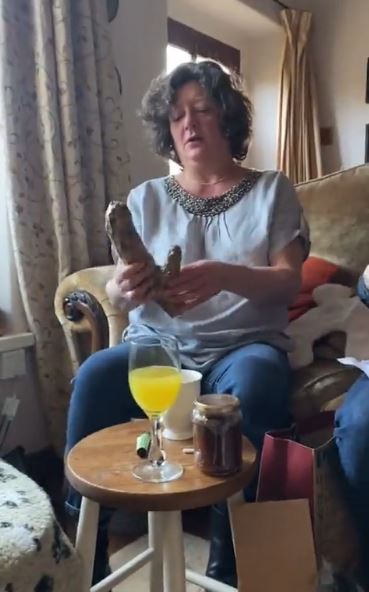 And a man who thought his nan got him a PS5 brands her an ‘a**hole’ as he finds out the truth & people think it’s hilarious.

Meanwhile a mum reveals how to bag FREE Nintendo games this Christmas – and it’ll keep the kids busy for hours.

Plus a woman was stunned after finding a secret games room hidden behind a bookcase in her new home.

END_OF_DOCUMENT_TOKEN_TO_BE_REPLACED

END_OF_DOCUMENT_TOKEN_TO_BE_REPLACED
We and our partners use cookies on this site to improve our service, perform analytics, personalize advertising, measure advertising performance, and remember website preferences.Ok