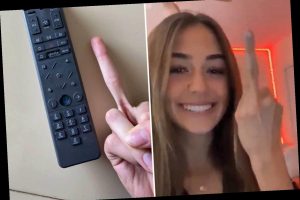 THERE'S no denying that the human body is a weird and wonderful thing – and thanks to TikTok, we're learning more about it everyday.

Just when we'd wrapped our heads around the woman who has PUBES growing out her hand, this teen has blown our minds with her giant middle finger. 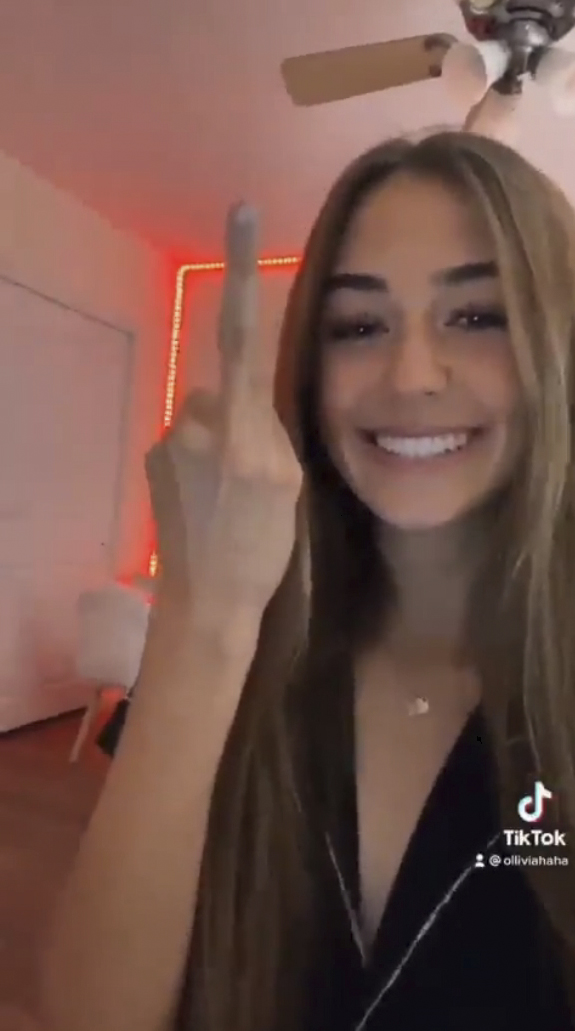 Earlier this week, aspiring model Olivia Mercea, 16, from Arizona, showed off her lengthy fingers in a viral TikTok video which has been viewed by over four MILLION people.

To prove her middle finger is in fact five inches long, Olivia held it up next to her face – and the size comparison left viewers stunned.

Speaking to LadBible, Olivia revealed that she first noticed her fingers were exceptionally long a couple years ago – and it was something she used to feel insecure about.

She said: "Then I realised it was actually pretty funny and something that would always bring out laughs. 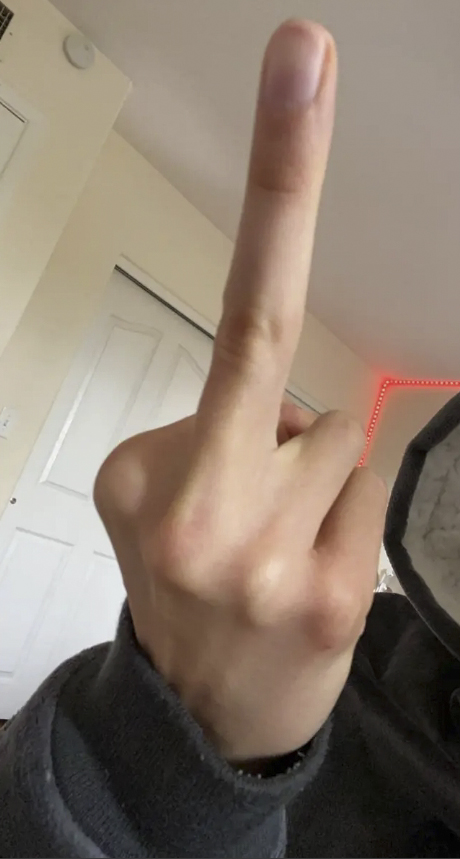 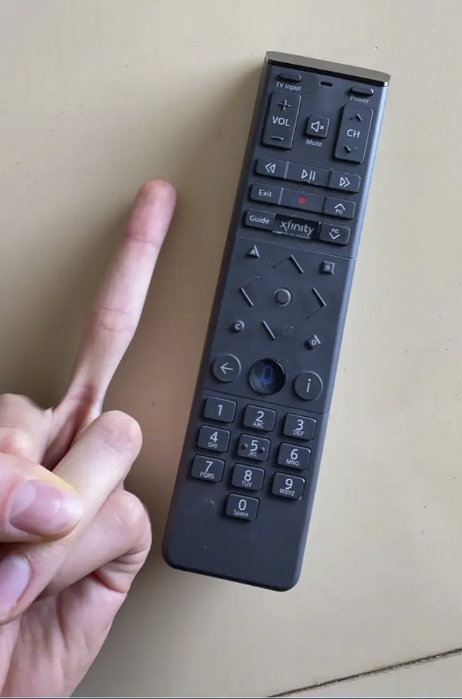 "The reaction to my TikTok has been insane. I never thought that it would reach the level that it has."

According to Medical News Today, the average length of a female hand is 6.8inches – meaning Olivia's giant finger is basically the length of a hand alone.

What's more, Olivia says her videos have even reached people in the modelling industry – and she hopes her internet famous finger could help kickstart her career. 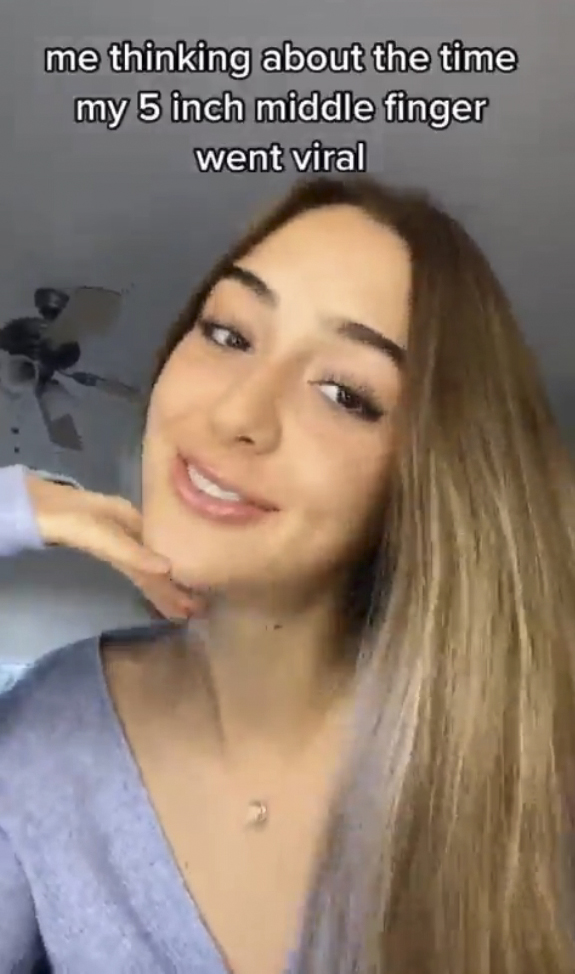 One replied: "So you flip people off in all caps??"

Another joked: "It's taller than me."

Meanwhile, a third added: "It's the Eiffel Tower of fingers…"

For more viral stories, this woman claimed her ‘splinting’ trick will help if you’re suffering from constipation.

And this woman shut her hand in a door as a child and had a skin graft from her bikini line – now PUBES grow out of her finger.

Plus we've been pooing all wrong – this woman bizarrely claimed you should sit backwards on the loo so you can eat & watch Netflix.