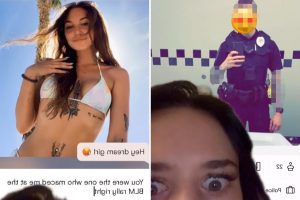 A WOMAN has revealed she was left horrified after Hinge recommended a cop who she claims maced her at a Black Lives Matter protest.

US-based TikTok user @camidoublewami uploaded a video entitled “Is this a joke?” sharing the man in question. 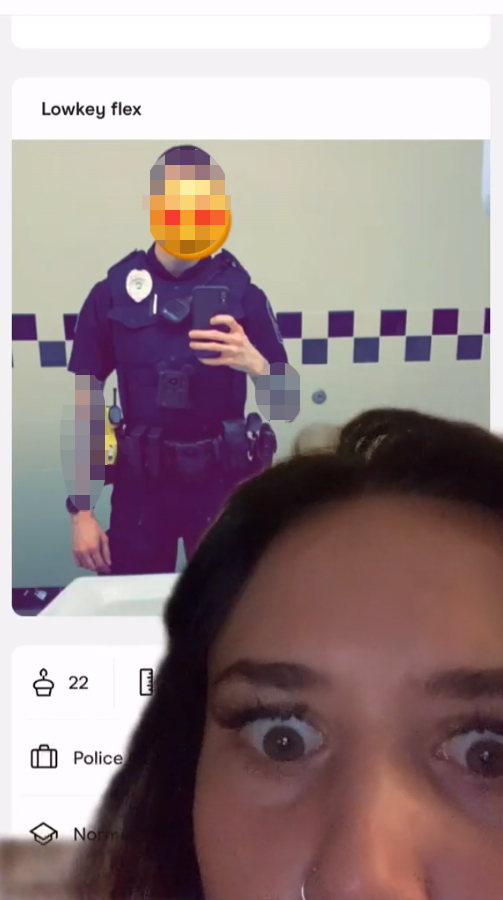 She wrote: “Cop who maced me last summer really liked me on Hinge?”

Cami showed a screenshot of the unidentified cop’s message to her on the app, which read: “Hello dream girl.”

She showed a draft of her reply to him, which said: “You were the one who maced me at the BLM rally right.”

Macing is similar to being pepper sprayed, and is where liquid that stings the eyes and skin is used as a defence. 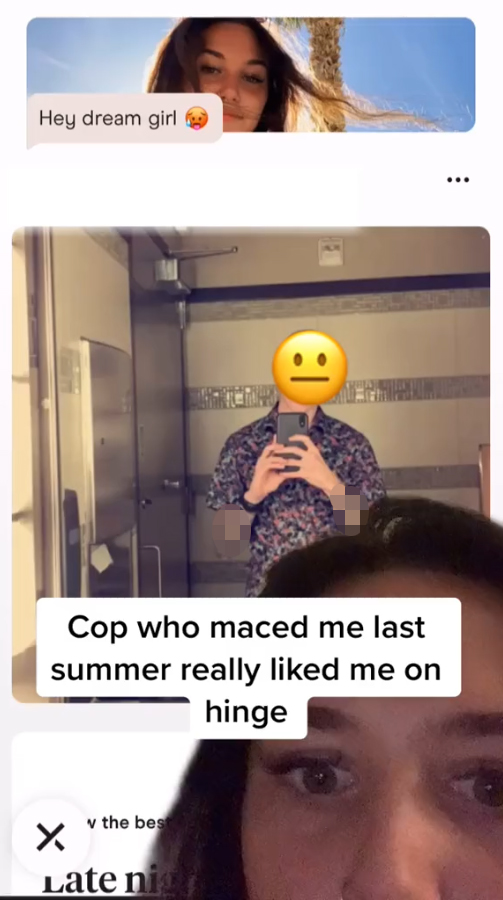 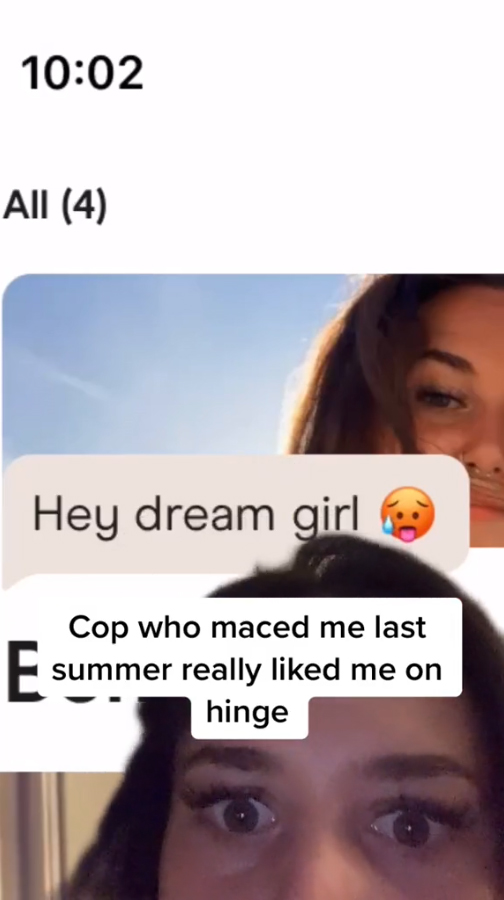 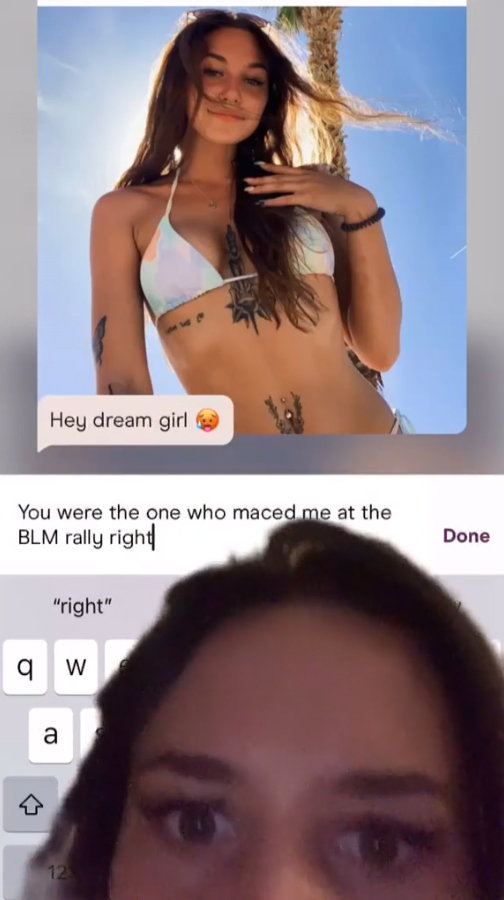 The clip has only been uploaded a day ago online, but has already racked up 2.4million views.

Many people were quick to take to the comments saying she should use the opportunity to seek revenge on the cop.

One said: “Match, make him fall in love and then ruin his life.”

Another added: “This is an opportunity, use it wisely.”

However, one defended him saying: “Y’all realise he was doing his job.”

Previously, a man was shocked as woman invites 16 people to their date like it’s ‘Love Island’.

We also shared how a single woman claims you should NEVER date men in their 30s.

And a relationship expert reveals the 3 types of men you should AVOID dating.