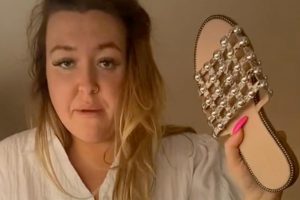 ORDERING clothes online is a risky business nowadays, it may not fit like it does on the website or you could be send something else entirely.

Unfortunately for one young woman, she has suffered a similar fate when shopping online for a cute outfit. 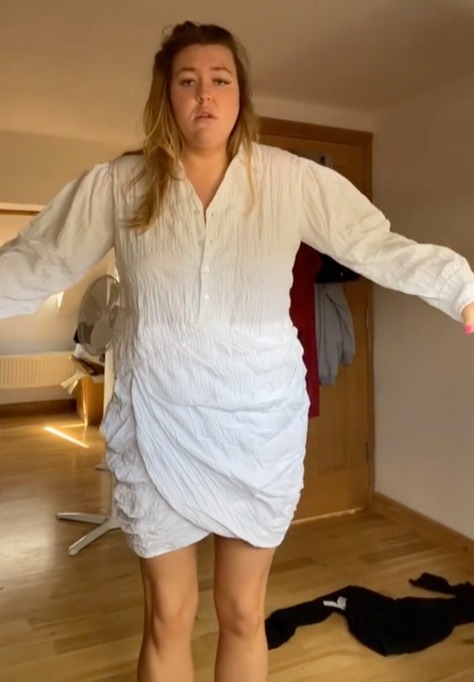 Rachel, posted the video on her TikTok account, rachboylex, and it has been viewed over 250k times.

In the caption Rachel writes: "I don’t have anymore online shops left in me. Nothing but disappointment lol"

In the video she said: "Just be honest here, does anyone actually like PrettyLittleThing?

Rachel looks completely fed up as she gets her phone into position to show what she claims arrived from her order at the popular clothing brand, PrettyLittleThing.

She then shows the shirt dress she bought which is far too big for Rachel.

"The other shirt I bought in the exact same size doesn't even go on."

As if the dress wasn't bad enough, Rachel then goes on to claim she received only one shoe in her order.

She goes over to the bag with her order in, which is obstructed from the camera and pulls out the one sandal she allegedly received.

Visibly annoyed, Rachel says: "What am I gunna do with that?

"Just the one shoe."

She chucks it on the floor in disbelief and then turns her attention to the bag she ordered.

"This bag looks nothing like it did in the picture."

Rachel struggles to even get the chain to sit on her shoulder and adds; "what the hell am I meant to do with this?" As she tries to figure out a way to even hold it.

Rachel ends the video saying: "The one shoe has just really ruined my day honestly."

In the comment section of her video lots of woman alleged to having similar issues when ordering online.

One user wrote: "I always wonder how people get nice stuff from them, every time I'm disappointed."

"OMG the one shoe." Wrote one user, who added; "Omggg sorry to laugh at your misfortune but the way you say it I'm creased."

A third person replied: "The one shoe has actually made me lose it." 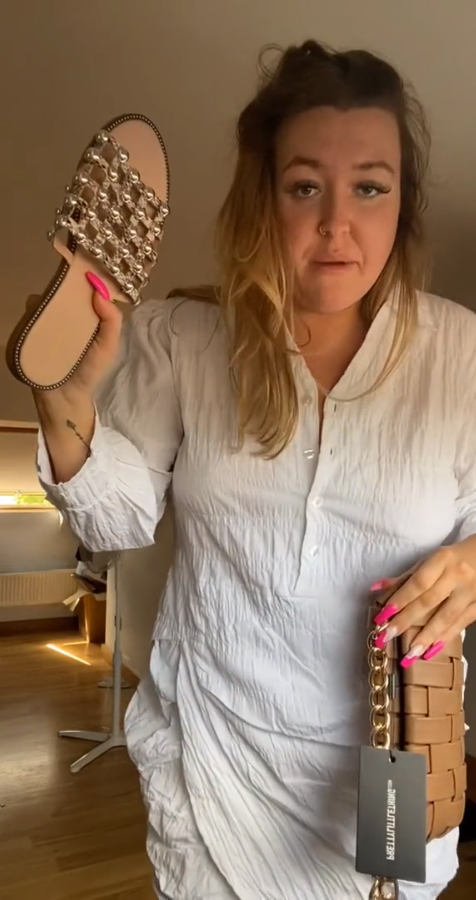 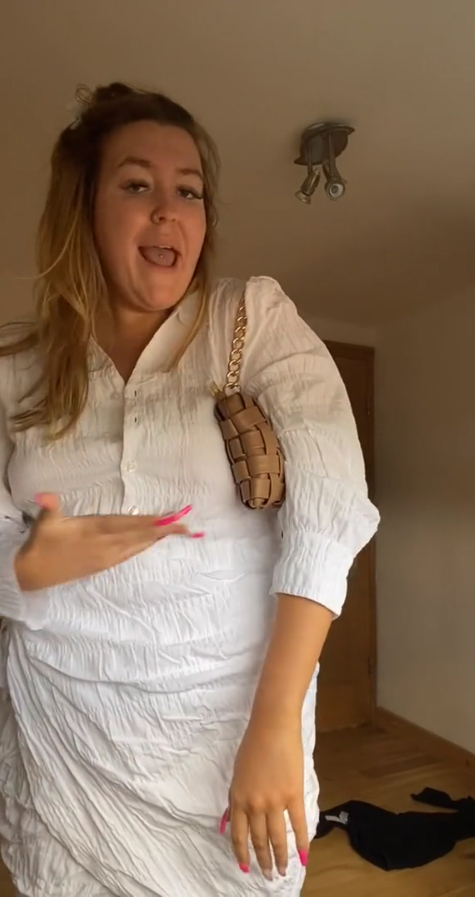 Plus, a WOMAN was left red-faced after suffering an awkward wardrobe malfunction on the London Eye.

And shopper baffled after buying dress from In The Style and sent completely different item.

Meanwhile, a woman shows why the Love Island crossover underboob look doesn't work for everyone.