But in September, a message landed in my inbox that couldn’t be ignored. 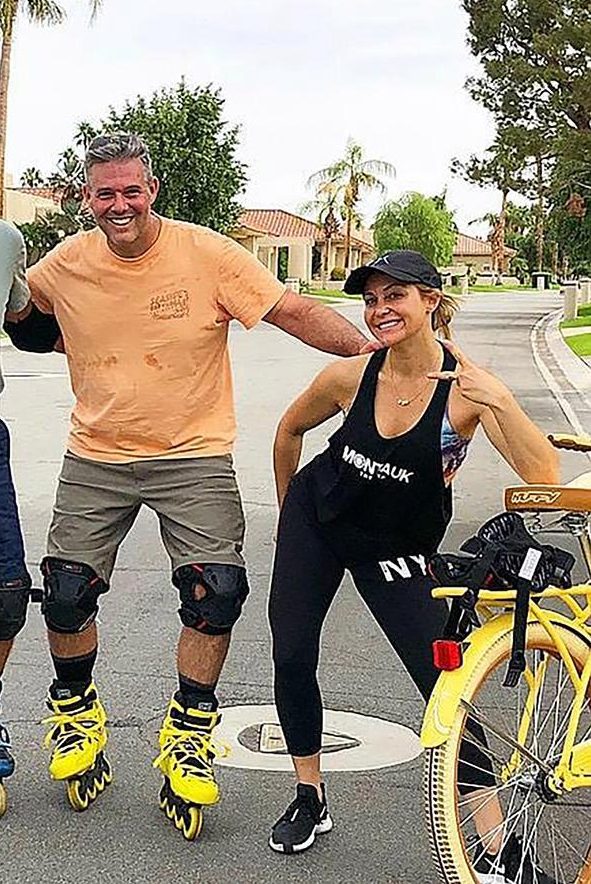 Growing up in Santa Monica, Calif., with my parents and younger brother Skylar, I thought I knew every crazy family story, from my grandmother’s escape from persecution in Nazi Germany to the years my dad spent on a hippie commune.

But here I was, at 33, finding out I had a 47-year-old brother named Jeff who nobody had ever heard of, including my — our — dad, Dennis.

All I kept thinking was: “This is nuts.”

My dad, who’s 68, lives in Indonesia, so I waited until the next morning to contact him.

We’ve been incredibly close since my parents’ divorce 10 years ago, and he’s always fiercely loved and supported me and Sky, so I knew he would be honest with me. 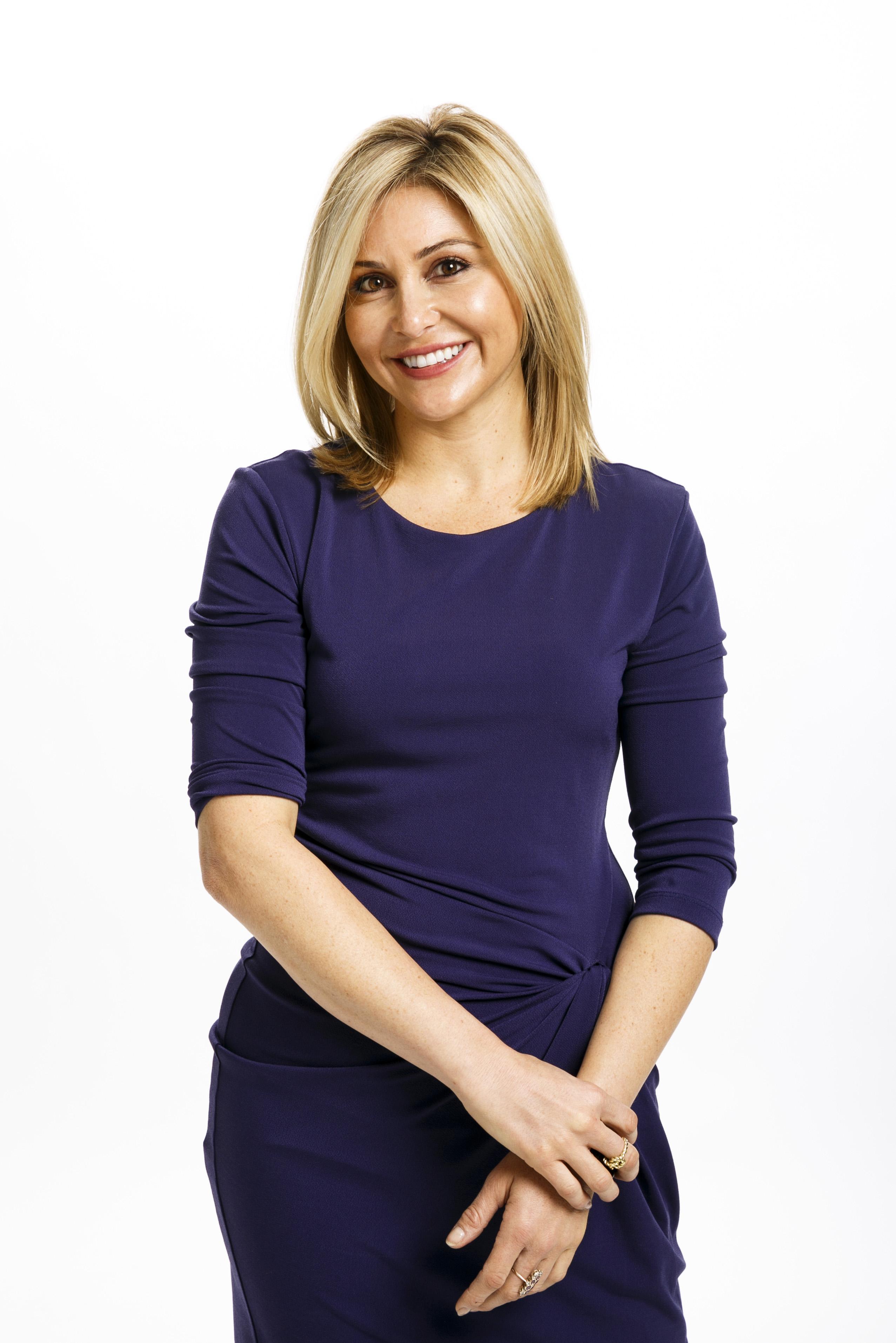 I sent him a screenshot of Jeff’s 23andMe profile photo, and he called me immediately — but he was shocked and confused, too. Like me, he’d had no idea Jeff existed.

Soon, we were both writing to Jeff. I learned that he and I were a 24.8 percent genetic match, which meant I was either his sister or his granddaughter — and I definitely wasn’t his granddaughter.

After seeing he’d matched with me, he checked his Ancestry.com account, and found he had also matched there with my dad, who’d been given an account as a gift, and with my grandmother, who, bless her, has always been insatiably curious about our heritage.

I hadn’t realised that I’d allowed for my information to be shared and searchable (you can opt out, but I didn’t).

My dad tried to keep things light with Jeff — “If you really are my kid, you hit the genetic jackpot,” he joked, alluding to his good health, over Facebook Messenger — but in reality, he was in shock, and struggling to sleep.

When Jeff sent him a photo of his biological mother, who’d passed away recently, my dad didn’t even recognise her.

He said: “And I wasn’t that much of a stud back then.

Honestly, we were all a little skeptical: Who was this guy, and what did he want from us? 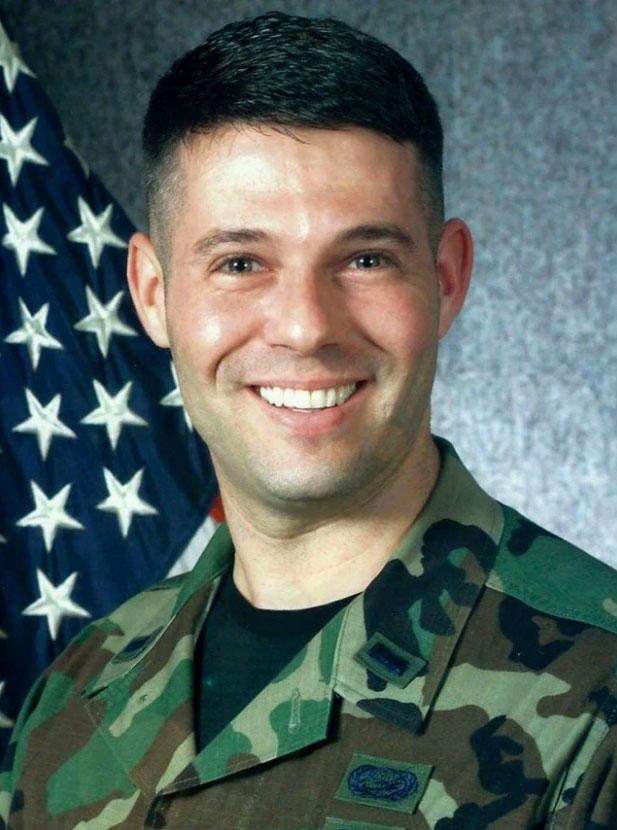 Here, it seems, is what went down: While my dad was a student at Pierce Community College in the San Fernando Valley, he met a nice Jewish girl eight years older than him.

It was 1970, and 19-year-old Dennis wasn’t much of a relationship guy. The two never spoke again.

Nine months later, Jeff was born and given up for adoption to a local family, the Grunners.

While my dad was finishing school and growing vegetables on a commune in Santa Barbara, Jeff was growing up in nearby Hidden Hills, a suburb of Los Angeles, before moving to Arizona with his adoptive family.

Like me, he was raised Jewish; unlike me, he knew nothing about his family or medical history.

When he started to have his own kids — he and his wife, both former Air Force officers, have two pairs of twin boys — he wanted to learn more about the potential genetic or health issues they might face.

So he tried to track down his biological parents, signing up for 23andMe and Ancestry.com in the process.

To be completely sure, my dad ordered a second DNA test from a London-based forensic genealogist. 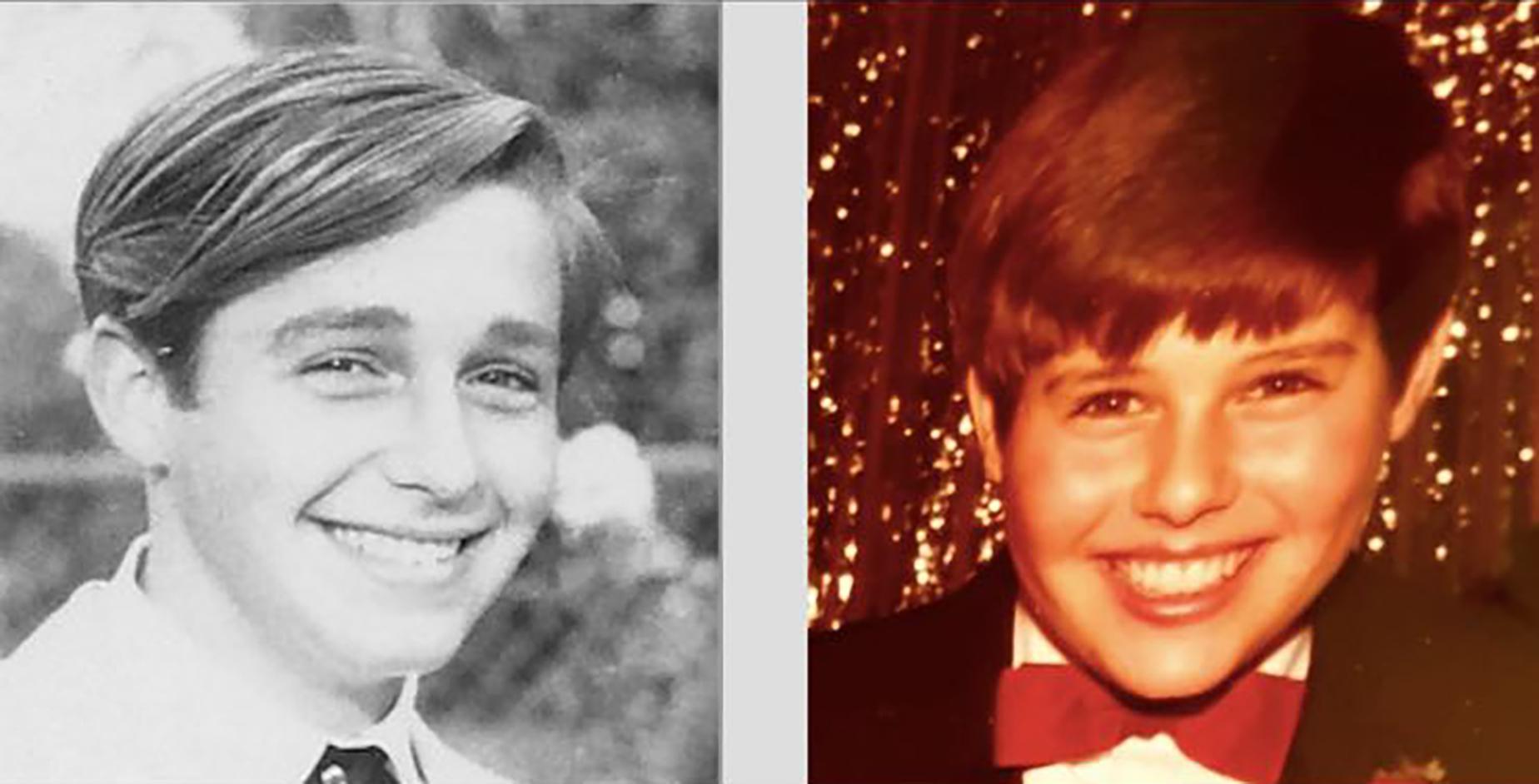 It took one agonising week for the test results to come back, but when they did it was official: Jeff was my brother.

That’s when I really started to process everything — and at lightning speed.

Here was this total stranger who I was expected to let into my family and into my heart.

I was confused, weirded out … and curious.

Were Jeff and I anything alike? Was he anything like my dad? I felt for him, but I couldn’t relate to what he’d been through.

I felt like I was living in an episode of “Maury.” While I was struggling to take it all in, plans were being made.

Jeff, who is stationed in Italy, and my dad, who co-owns a health centre called Titi Batu in Bali, made plans to meet up in the States in November.

They would connect in Palm Springs, at my grandma’s house. They asked me and Sky if we wanted to join.

Did we? I wasn’t sure. But I felt like I had to support my dad, who I could tell was — understandably — freaking out. Sky and I booked tickets.

In the weeks leading up to the trip, Jeff started telling us more about himself.

He admitted that his relationship with his adoptive father was strained because of how critical he was. (That gutted my dad.)

He sent us photos of himself as a kid, including his bar mitzvah pictures, where he could be my dad’s twin.

We learned that he graduated from the University of Arizona, where Sky went, and watched videos of his adorable kids.

I wasn’t sure how to respond when Jeff asked if they could call me Aunt Heather, though. “Can we start with just Heather?”

Finally, after weeks of build-up, the day of the reunion arrived.

Initially, we were all going to meet at LAX and drive down to Palm Springs together, but the night before, my dad changed the plan: I would drive down with Sky, and he would ride with Jeff, alone.

“I want to be present,” he told me, “and treat it with the respect it deserves.” 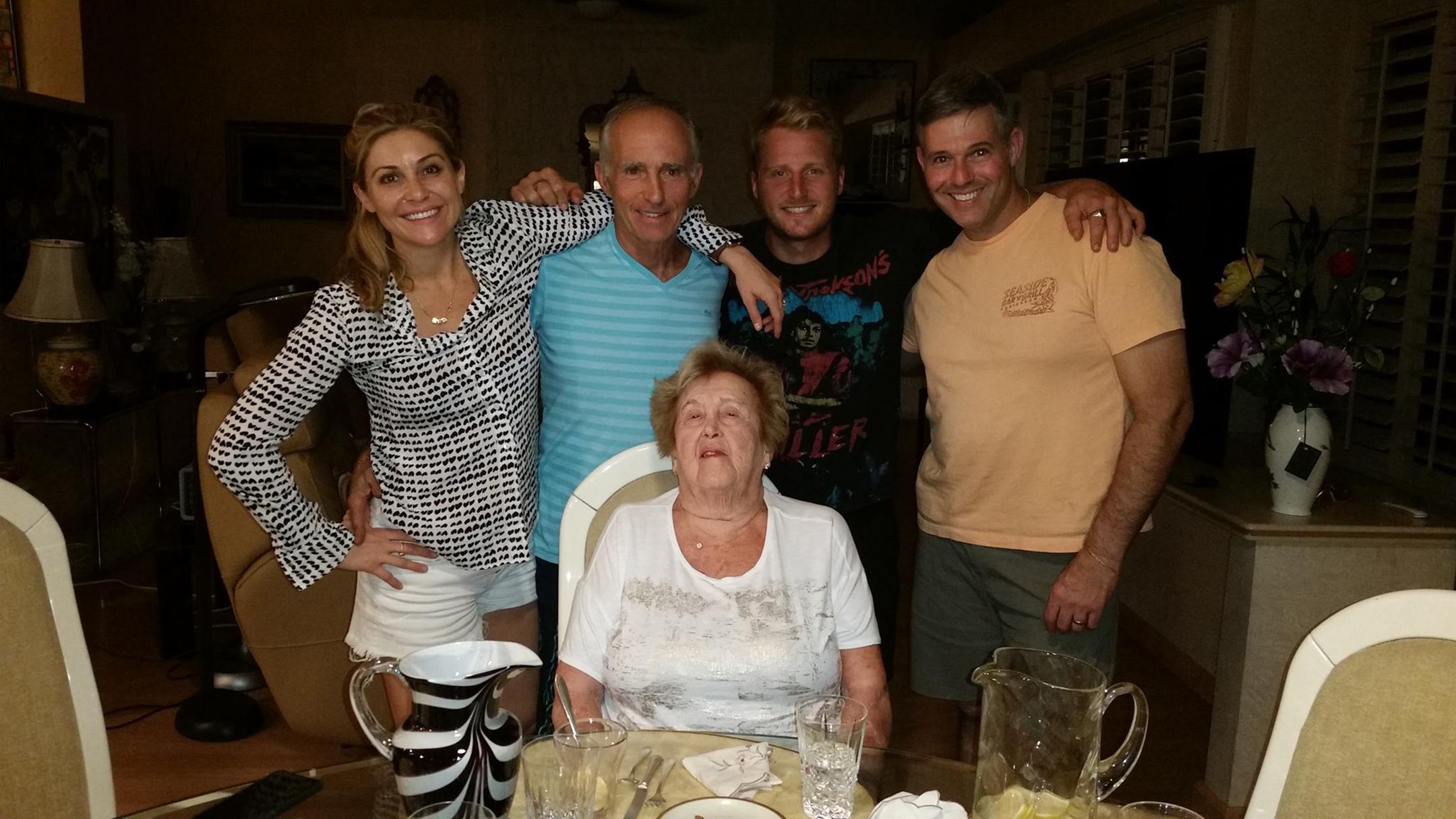 We beat Jeff and my dad to my grandma’s house by just a few minutes.

When I saw Jeff for the first time, I was amazed by how much he looked like my father — even more than Sky does.

They had the same eye colour, the same skin tone. I nervously hugged him hello.

What do you do when you meet your surprise brother for the first time?

If you’re in Palm Springs, you go swimming. My dad and Sky practiced handstands before diving into the pool, while Jeff rushed in with a cannon ball.

It broke the tension a little bit, and things felt a little less weird by lunch.

Over the massive spread — Jewish grandmother — Jeff and I talked more.

All of my anxieties about who he was, and what he might want from us, dissipated: It was clear that he was kind and good-hearted.

We had little things in common, too, like a favourite ice cream flavour (coffee-almond-chip) and musical instrument (harmonica).

I’m still processing this new addition to our family — it’s a lot to take in. But mostly, I just feel grateful that Jeff seems to be a wonderful guy, with such strong family values.

He told me that family was important to him, and that all he wanted was to get to know us more, and maybe introduce us to his boys someday.

The rest of the weekend passed by in a blur. My dad seemed determined to keep us busy: We went rollerblading (a family obsession) and watched a UFC fight.

He and Jeff practiced yoga together, and my dad, a new-age healer, treated Jeff — this military guy! — with his energy-altering crystal tuning forks.

The next day, Sky and I headed back to the airport, giving Jeff, my dad and grandma a few extra days to bond.

A few weeks later, I’m still processing this new addition to our family — it’s a lot to take in.

But mostly, I just feel grateful that Jeff seems to be a wonderful guy, with such strong family values.

I’m glad that the random genetic test I took gave him an opportunity to piece things together in his life.

We’re still talking several times a week, and I look forward to getting to know him better.

The other day, we FaceTimed, and his boys yelled out, “Hi, Aunt Heather!”

This story appeared on the New York Post and was republished here with permission.

This is the heartbreaking moment a mother was reunited with her daughter, 55 years after she was ‘snatched’ from her by social services.

We recently told you about the adopted woman on Long Lost Family who was devastated to learn her Italian birth mum died just months before they had a chance to reunite.

We also told you about the nurse who tracked down her biological mum and cared for her for nine years…but never revealed she was her daughter.