The Women of the Year Awards 2018, held at Claridge’s Hotel, saw famous faces from popstars to royalty turn out for the event in central London. 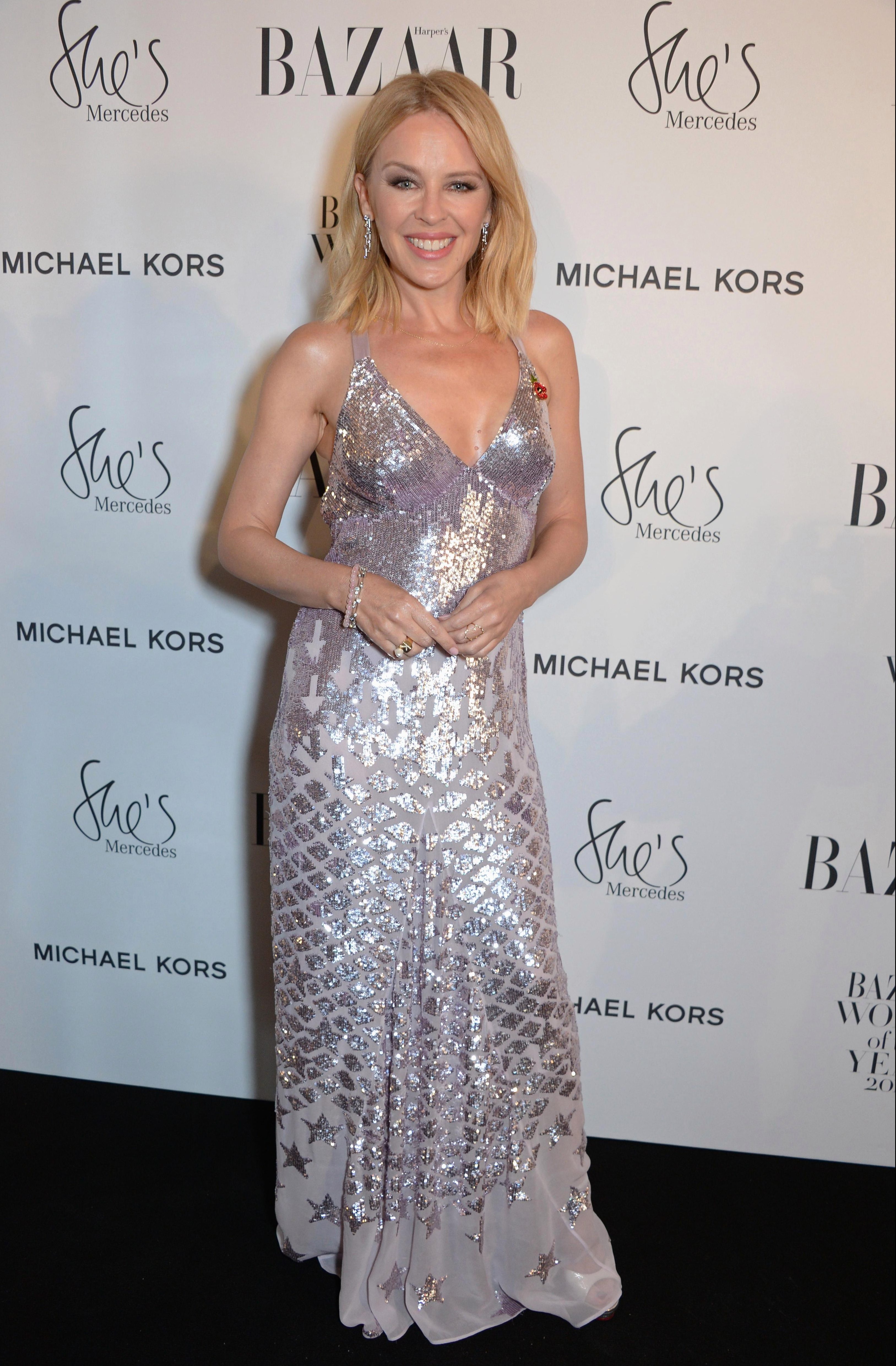 The event, held in partnership with Michael Kors and Mercedes-Benz, saw Kylie Minogue, Amanda Seyfried, Lily James, Jenna Coleman, Keira Knightley and Gemma Arterton lead the fashion pack, with some not quite hitting the mark.

Pop princess Kylie Minogue proved that age is just a number, with the 50-year-old dazzling in a shimmering gown.

The 4ft 9ins singer stunned in a floor-length silver dress, covered in stars.

Also getting it right was actress Amanda Seyfried, who went for a classic black dress. 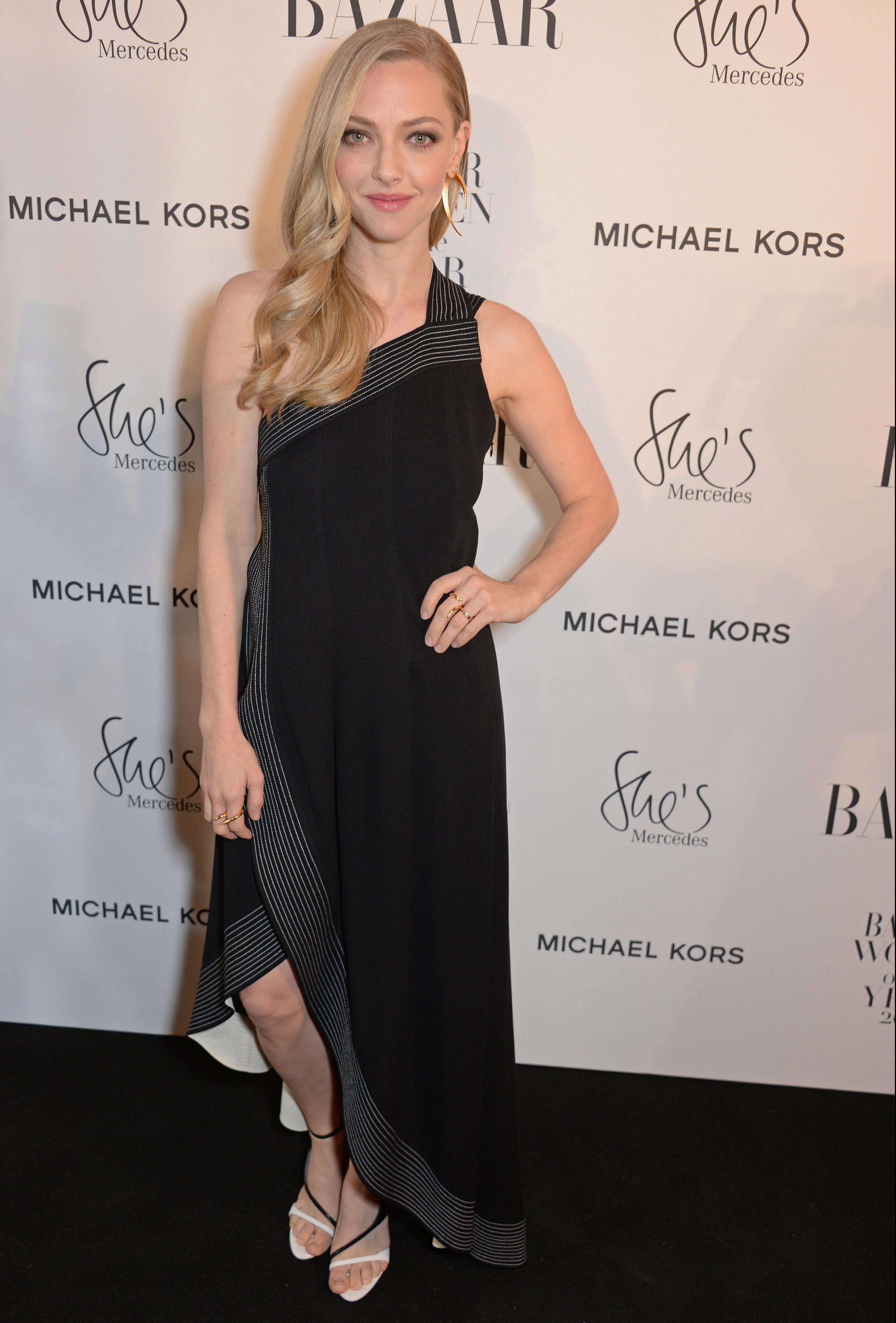 But she added a twist to the classic, with her frock featuring a symmetrical hemline with detail along the edges.

The 32-year-old wore her blonde locks down with statement earrings, and finished the look with strappy open-toe sandals in black and white. 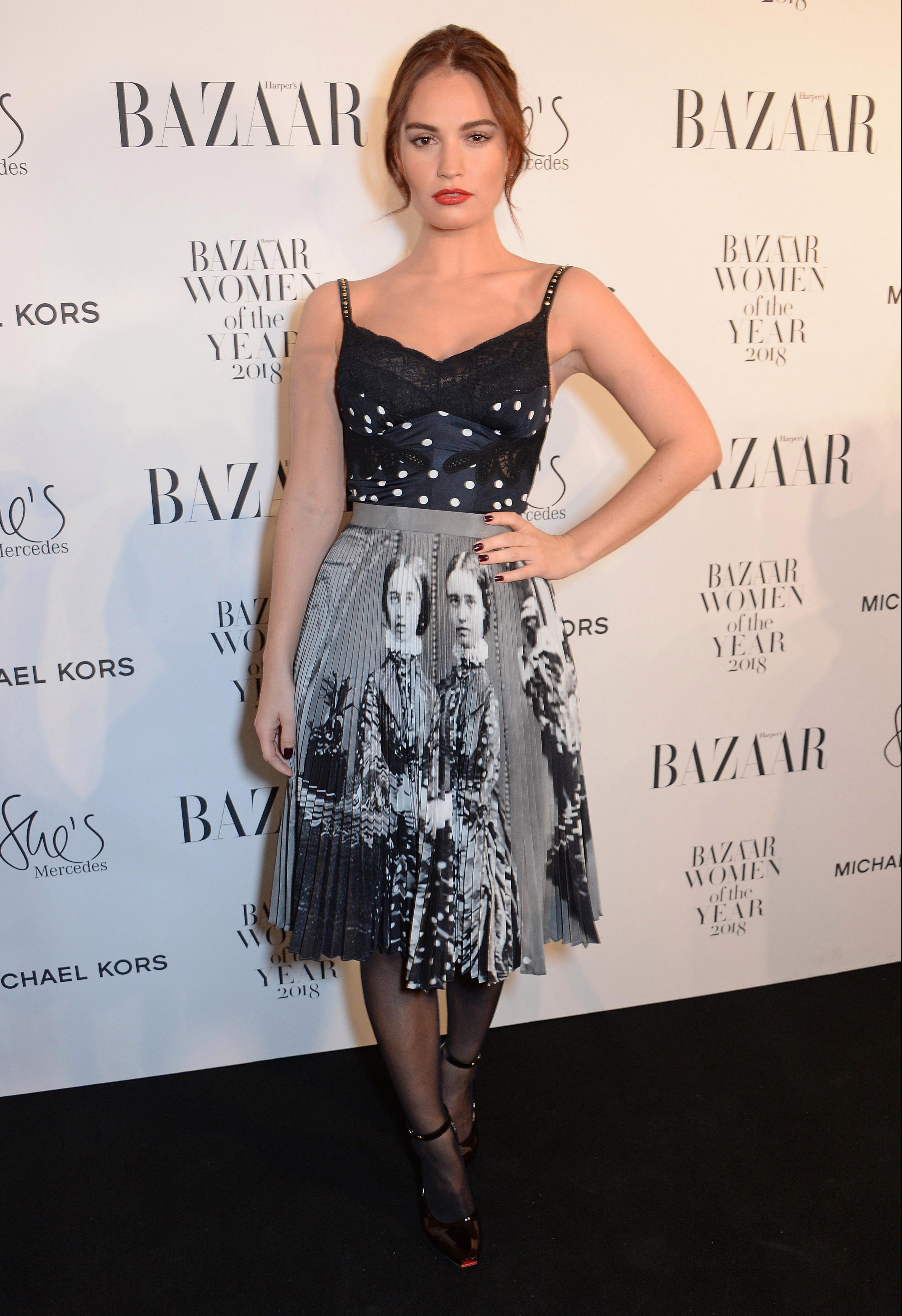 Her frock could almost be mistaken for two separate outfits, with the top resembling a polka-dot camisole.

While the pleated monochrome skirt has images of Victorian-esque women across it – a quirky choice.

She wore her hair up and completed the look with black strappy sandals, but we think she could have ditched the tights. 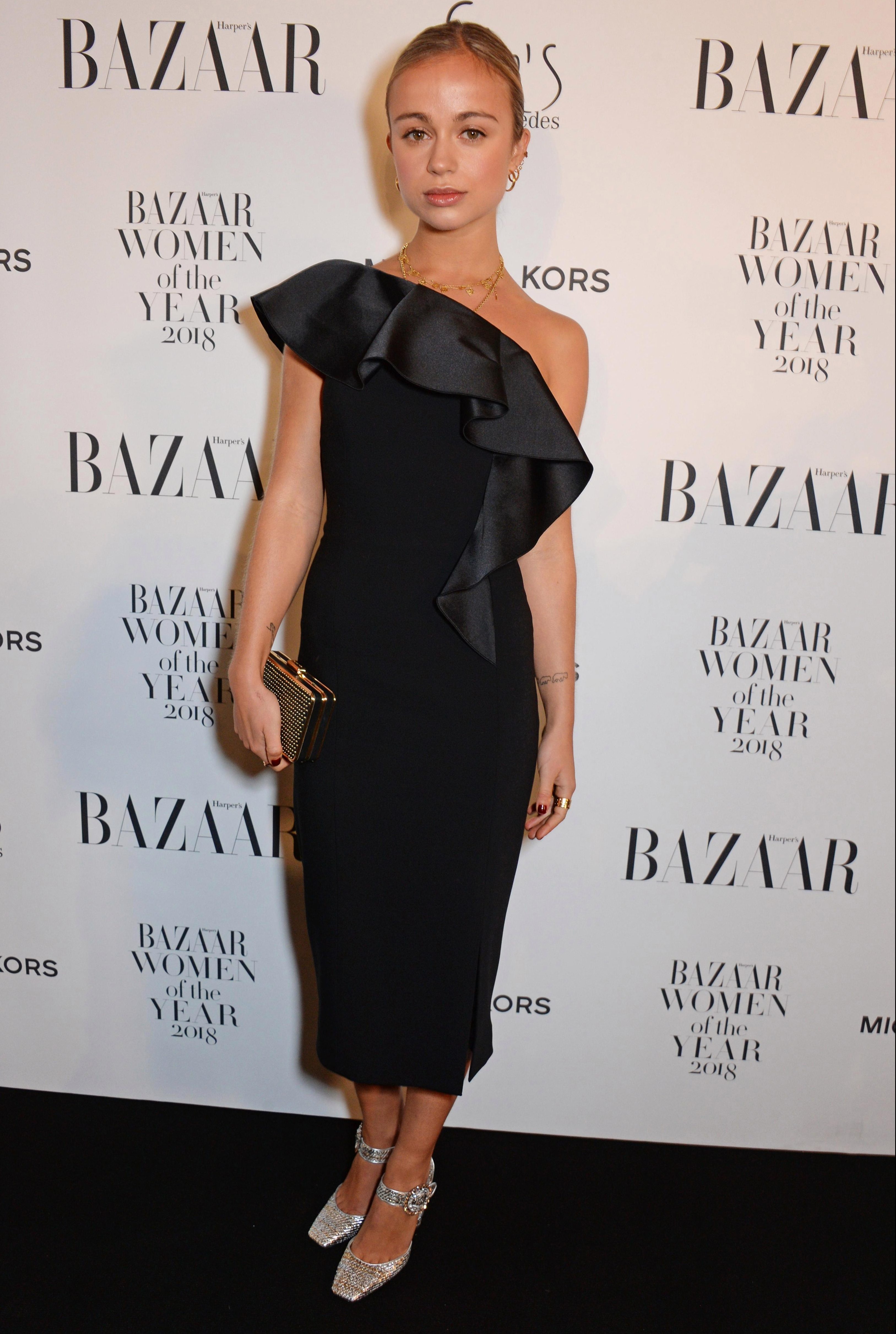 Also playing it safe with a black dress was Lady Amelia Windsor.

The young royal wore an off-the-shoulder number with frill detail across the top.

The 23-year-old teamed it with a gold clutch, which matched her understated jewellery.

And while the shoes may be shiny the shape doesn’t quite work with the outfit. 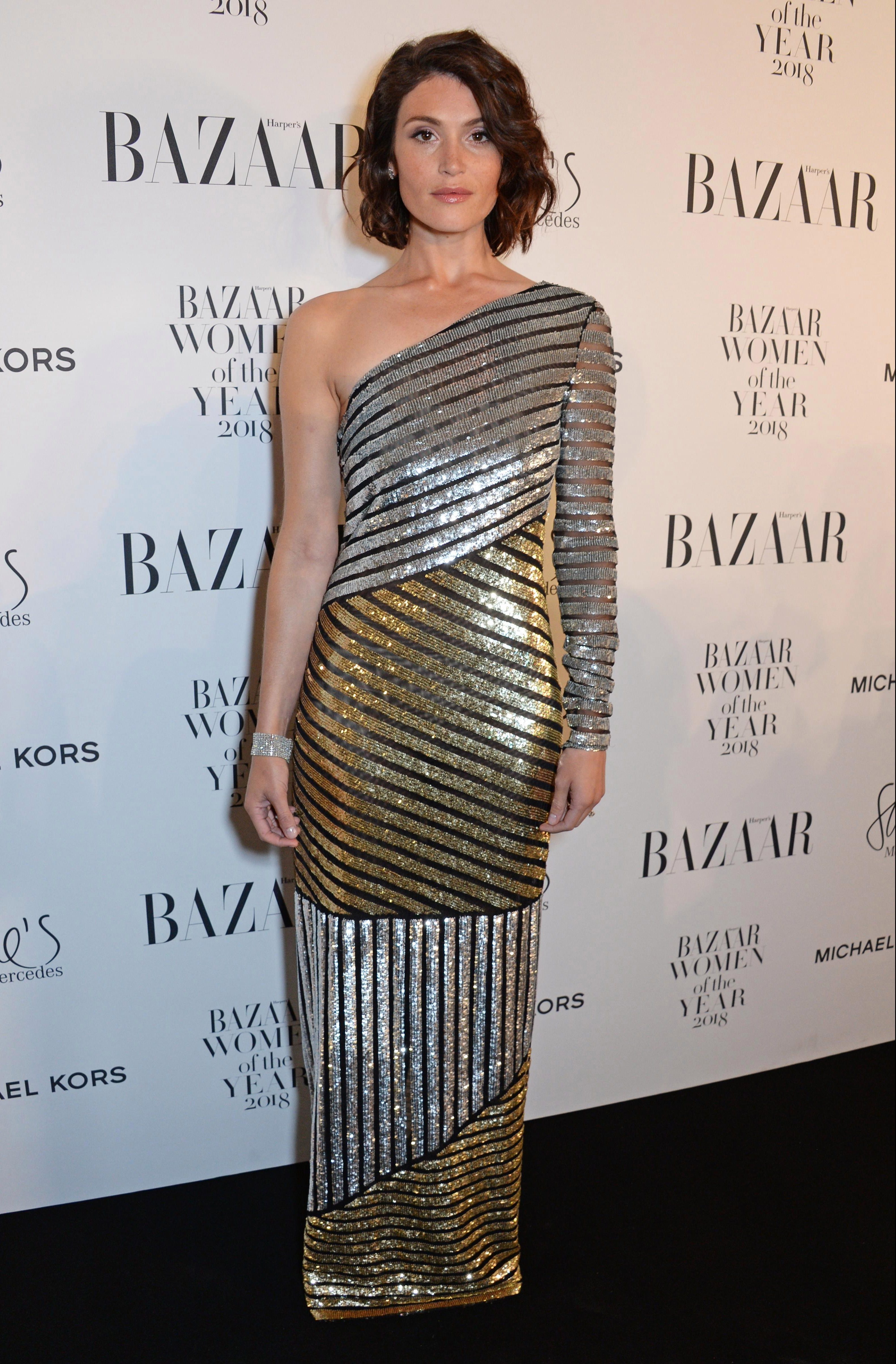 Gemma Arterton also went for a one-shouldered number, with her long sleeve and floor-length gown almost too tall for her.

The former Bond girl went for a glitzy dress in gold and silver, with contrasting stripes.

The 32-year-old just about makes the dress work, with her hair and make-up setting off the outfit.

And she kept her jewellery to a minimum, wearing a bracelet which perfectly matched the style of her dress. 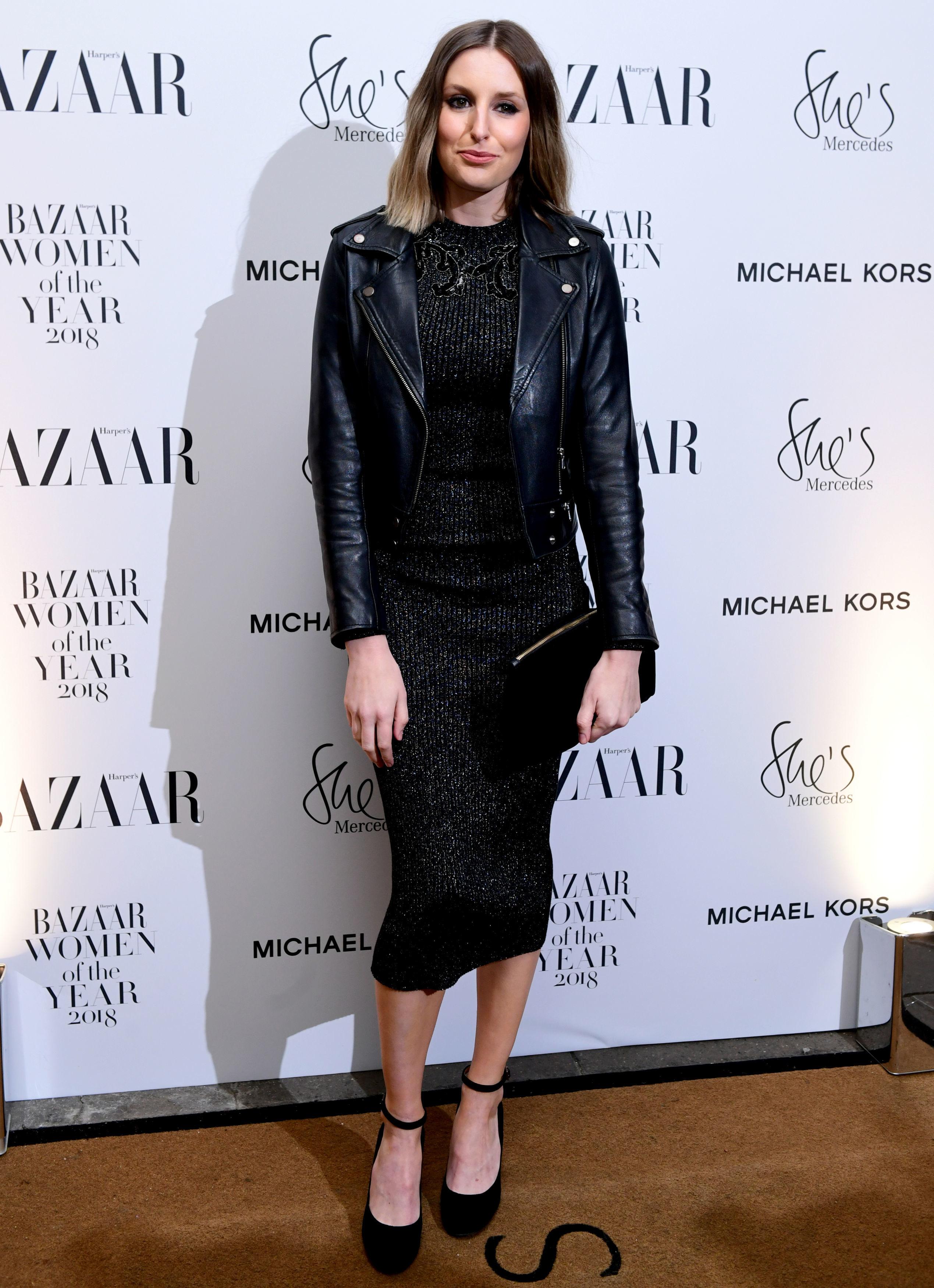 Another celeb who also went for trusty black was actress Laura Carmichael.

Her knee-length frock was the most conservative out of the LBD’s, featuring a high neckline and long sleeves.

While it didn’t show much imagination – the only detail on the sparkly dress being around the neck – she pulls it off well. 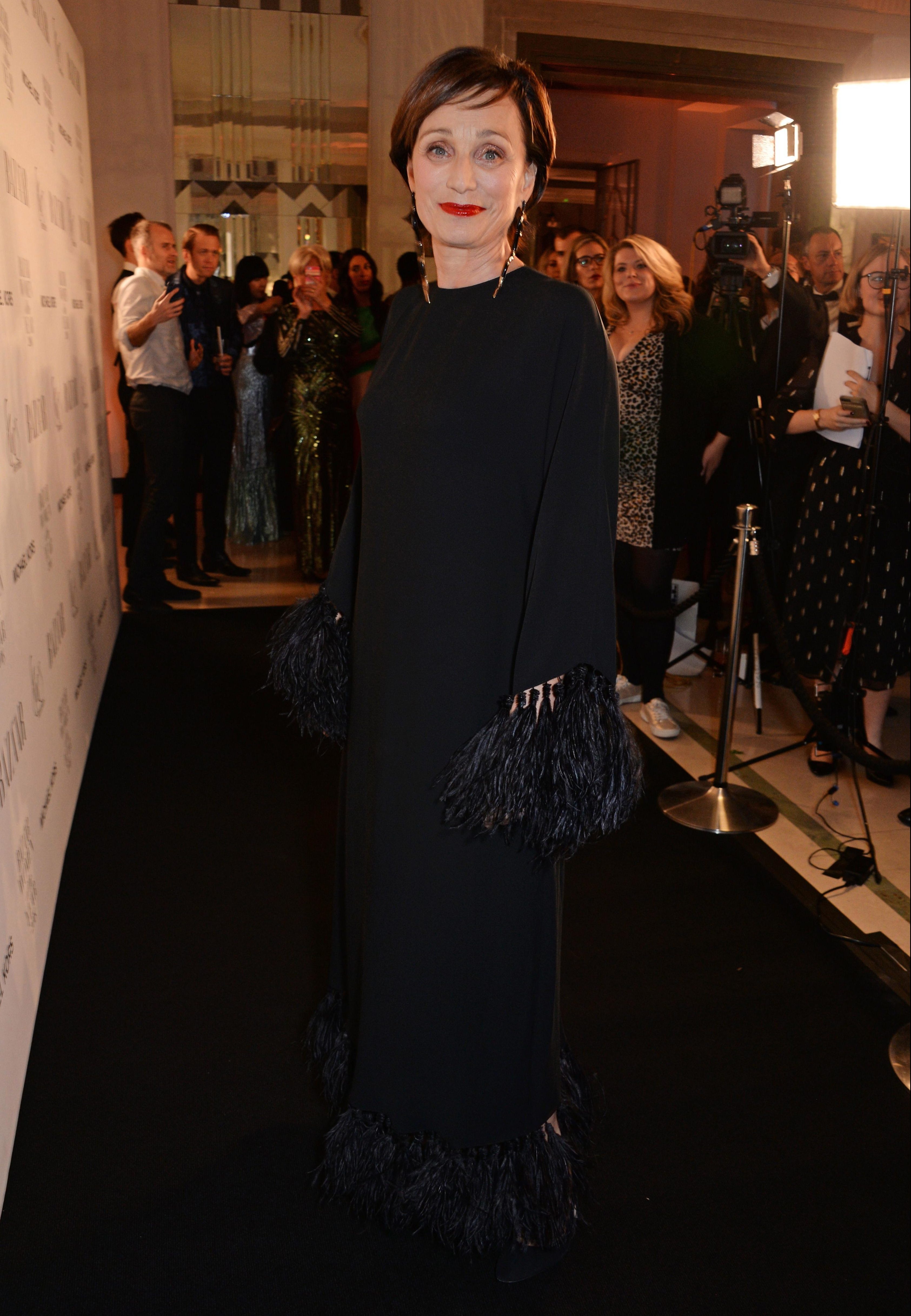 Her shapeless gown did nothing for her figure, and the frilly edges make the dress look very dated.

And the dangling earrings were a bit too much for the outfit as a whole. 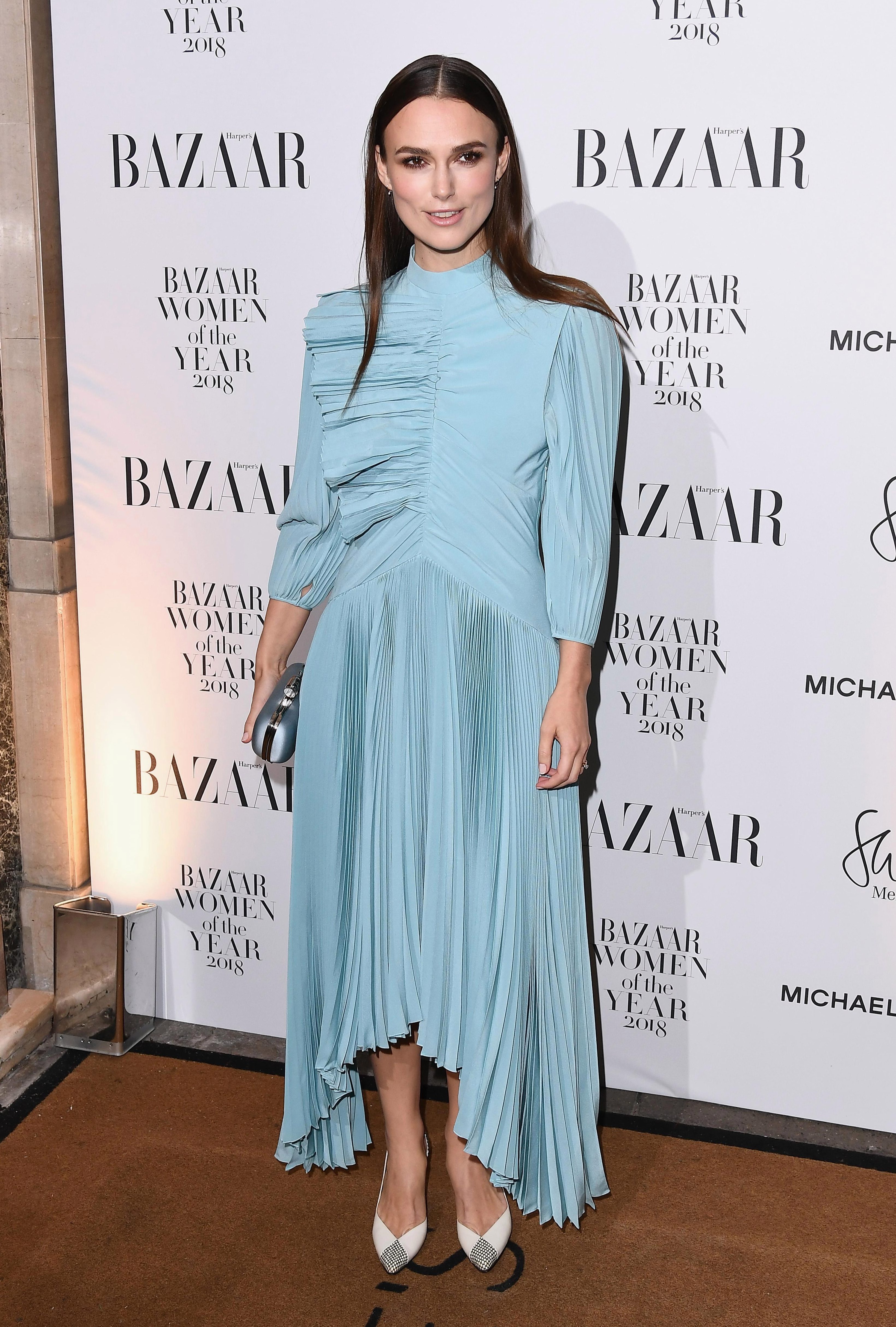 Another one who missed the mark was actress Keira Knightley, 33.

The mum-of-one went for a shiny turquoise frock, which looks like something out of the 1970s.

The dress has a bizarre detailing down one half, and the pleated skirt makes the whole thing too chaotic.

But her clutch does at least match the colour of her dress. 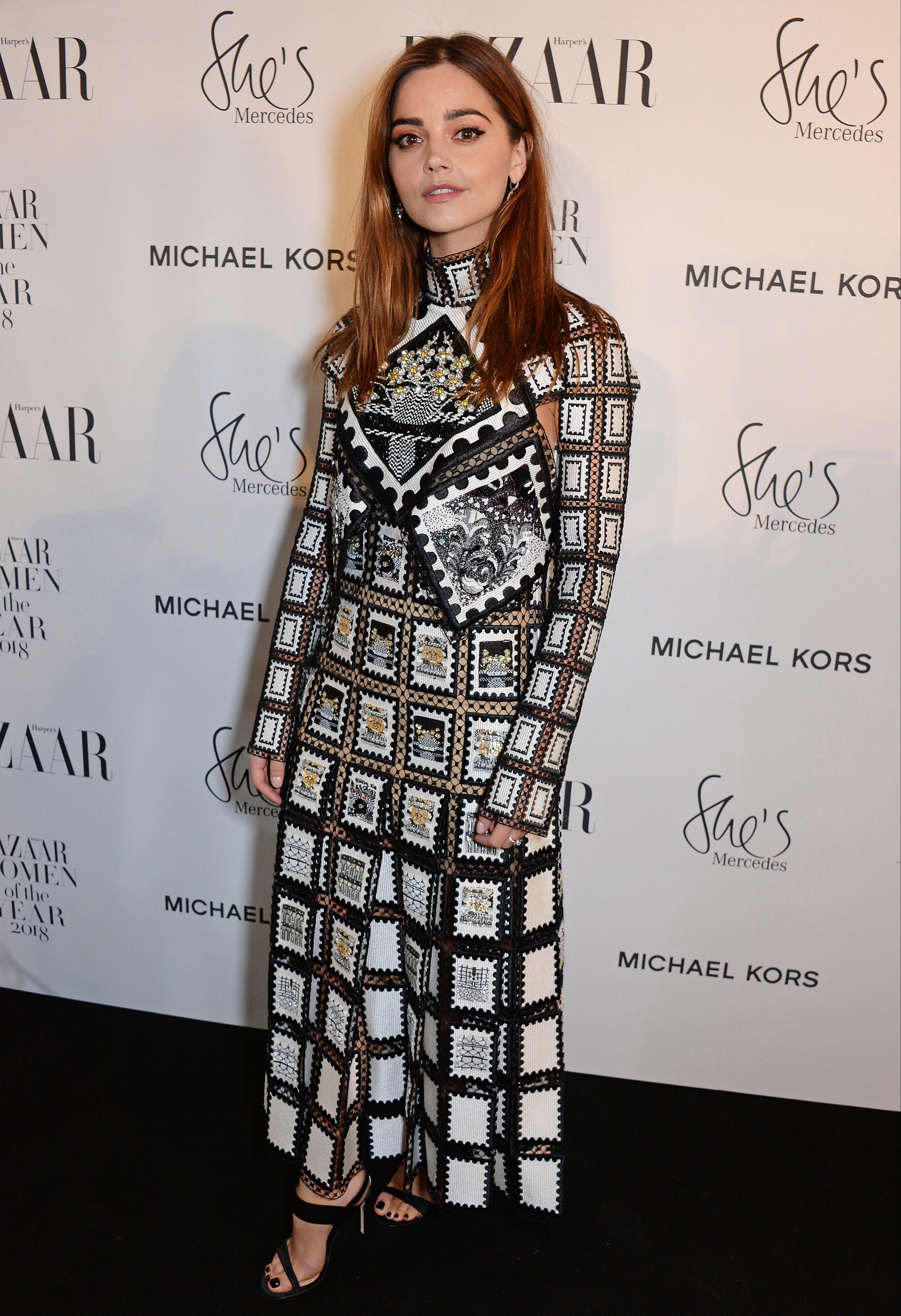 Former Doctor Who star Jenna Coleman, 32, also got it wrong on this rare occasion.

The Victoria star’s dress looks more like a sheet of biscuits, or ravioli. 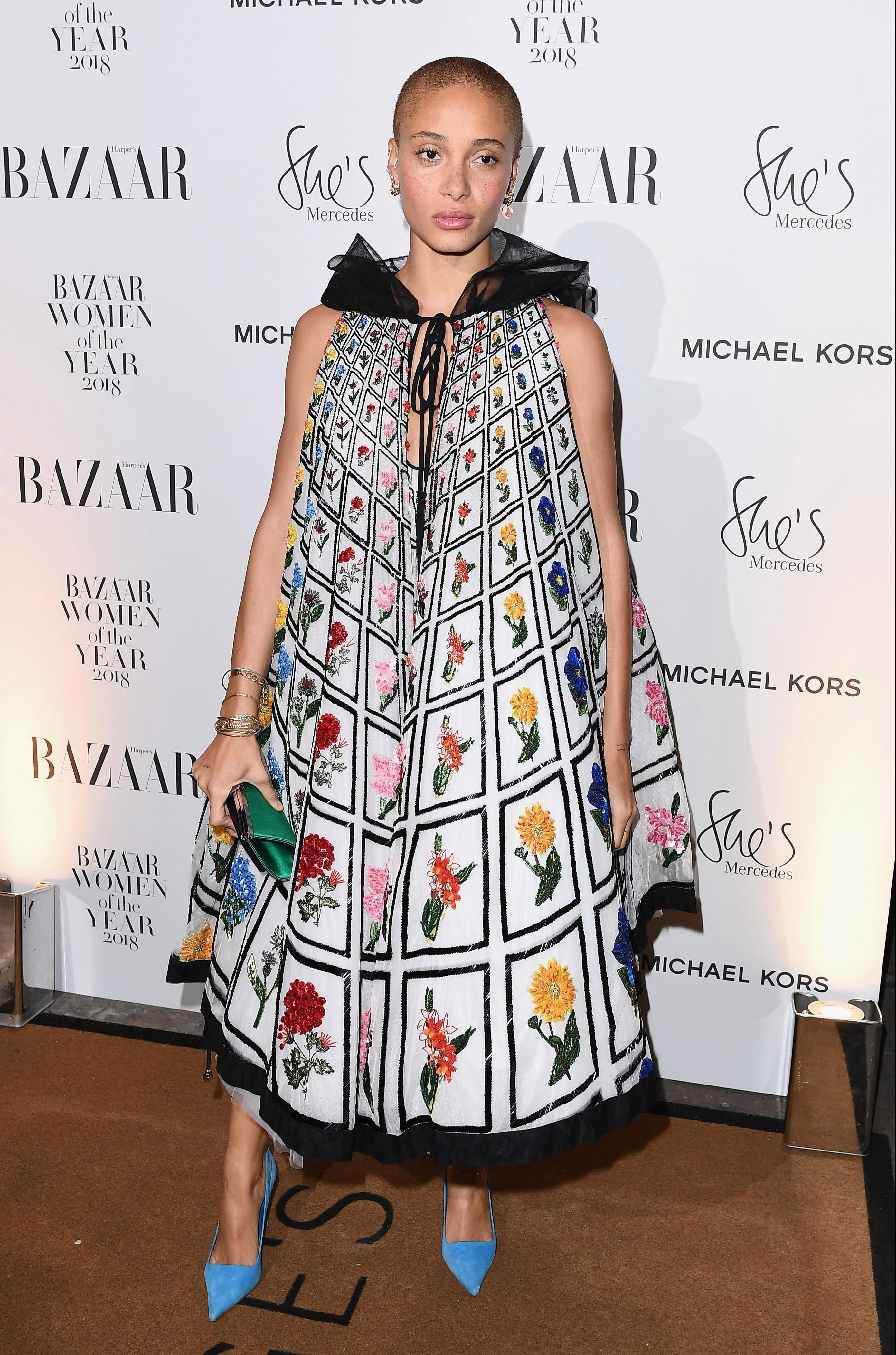 The A-line silhouette has been taken to the extreme, with the shapeless dress looking more like pyramid.

The tie detail at the top almost makes it look like a cape which is being worn as a frock.

But at least the shoes do match the interesting floral design.

If you want more fashion awards, Holly Willoughby wowed at the Pride Of Britain Awards red carpet while Ola Jordan misses the mark.

Plus we salute the most stylish celebs of the season with our Fabulous Daily Summer Style Awards.

And here’s the most awfully memorable Oscar gowns of all time, from Demi Moore’s DIY disaster to Cameron Diaz’s floral fail.