Zendaya Just Made a Major Statement at Paris Fashion Week

Last month, Tommy Hilfiger and Zendaya treated Us to a sneak peek of their inaugural spring 2019 Tommy x Zendaya collection filled with disco-era dresses, prints, separates and more. On Saturday, March 2, we finally got a complete look at the ’70s-inspired capsule during the brand’s see-now, buy-now Paris Fashion Week show, and the runway was an instantly iconic celebration of black culture, age diversity and inclusivity.

“We’re paying homage to these women who changed our legacy … and allowed for me and so many others to be here,” Zendaya said in a pre-show interview with her longtime stylist and collaborator Law Roach. “This is about saying we appreciate and love you.”

The diverse catwalk — which kicked off with festive roller skate-clad dancers warming up the 1,000-person crowd at the Theatre des Champs-Elysees — featured a cast of 59 black models ages 18 to 70, a decision Hilfiger said he left up to his co-designer. “I said, ‘Do what you think is best,’” he said in the pre-show interview. “Obviously a couple of girls have been in our family — Winnie Harlow is one — so I said make sure they are included. But they really chose.” 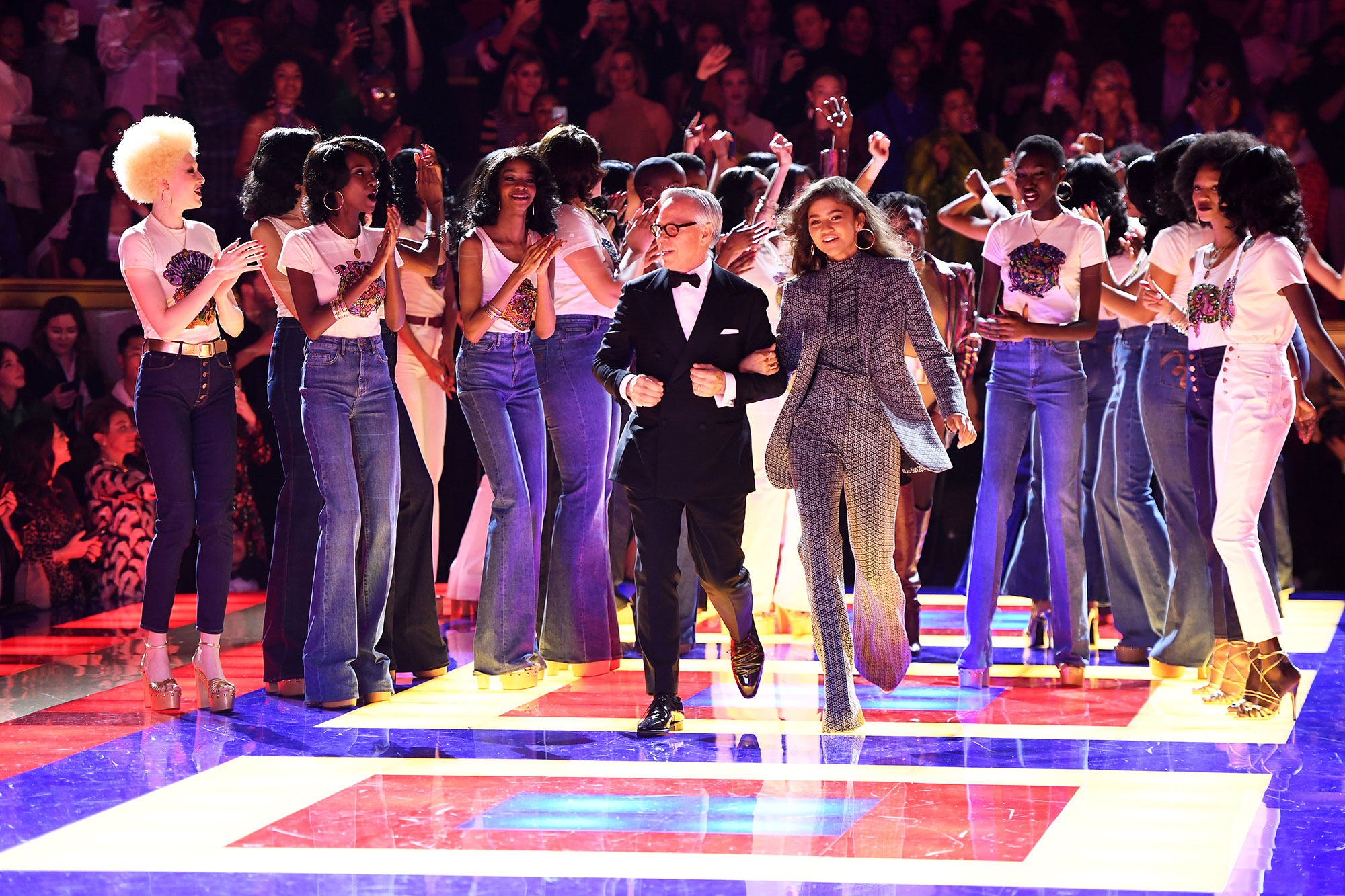 With the glamour of the 1970s as her jumping off point, Zendaya said she was particularly inspired by the black models who helped the U.S. win the so-called Battle of Versailles fashion show in 1973 (the historic fete pitted American design houses Halston, Oscar de la Renta, Bill Blass, Stephen Burrows and Anne Klein against their French counterparts at Yves Saint Laurent, Givenchy, Ungaro, Pierre Cardin and Christian Dior to raise money to help restore the Palace of Versailles).

Model Pat Cleveland walked in the Battle of Versailles some 45 years ago, and the 68-year-old beauty was back on the runway for the Tommy x Zendaya collection in a flowy striped dress and knee-high boots. Catwalk queens like Beverly Peele, Beverly Johnson, Veronica Webb, Debra Shaw, Chrystèle Saint Louis Augustin, Winnie Harlow and Jourdan Dunn also strutted their stuff. Oh, and 70-year-old Grace Jones epically closed the show in a shimmering bodysuit and metallic blazer combo that can only be described as fierce.

Zendaya made it clear that she sought to design a collection that was reflective of all women. “Size inclusivity has been important to me always,” she said.

With that ethos in mind, the majority of the Tommy x Zendaya collection (which is available now at Tommy Hilfiger stores and at tommy.com) is priced under $500 and available up to size 22. “If women in my family can’t all wear it, I don’t want to make it,” she concluded.