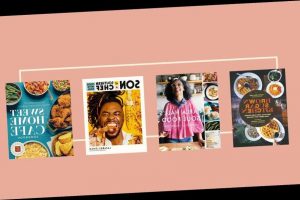 Since, African American cuisine has continued to evolve — and we have the many renowned Black chefs to thank for it, many of whom have rounded up their best Southern, soul food and creole recipes in best-selling, award-winning cookbooks.

From desserts and vegan-friendly dishes to unique takes on soul food and flawless fusions of African, Asian, Caribbean, and Southern plant-based cuisines, ahead are 12 of the best cookbooks written by Black chefs that should absolutely be added to your collection.