Home » Food & Drink » 15 cozy comfort food dishes you can make in a slow cooker, according to chefs

15 cozy comfort food dishes you can make in a slow cooker, according to chefs 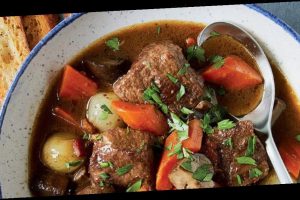 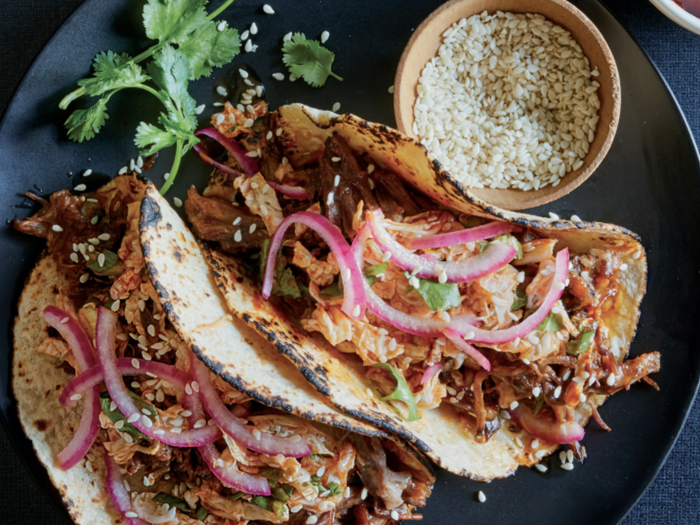 When planning for a snow day or cozy night in, sometimes it's easiest to throw ingredients into a slow cooker and walk away.

Not only do slow cookers make cooking at home easy, but you can also make delicious, comforting meals that you'll want to make time and time again.

Insider spoke to Hugh Acheson and Kim Laidlaw about their go-to slow cooker recipes for a cozy night in. Acheson is  "Top Chef" judge and Iron Chef Canada competitor as well as the author of "The Chef and the Slow Cooker," while Laidlaw is the author of multiple cookbooks and a professional baker.

"Our palettes have changed so much since slow cookers were all the rage 40 or 50 years ago," Acheson told Insider. "We want big flavors, and we can add those to slow cooker recipes fairly easily. We thought slow cookers were limited, but it's really limitless what you can do with it."

Here are 15 cozy comfort food dishes you can make in a slow cooker, according to chefs.

Chicken stock and broth are two kitchen staples you can make in a Crock-Pot. 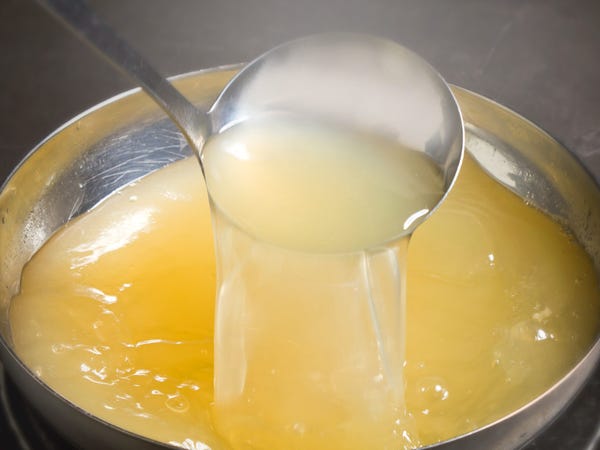 You can find the full recipe for Acheson's chicken broth in his book, "The Chef and the Slow Cooker." 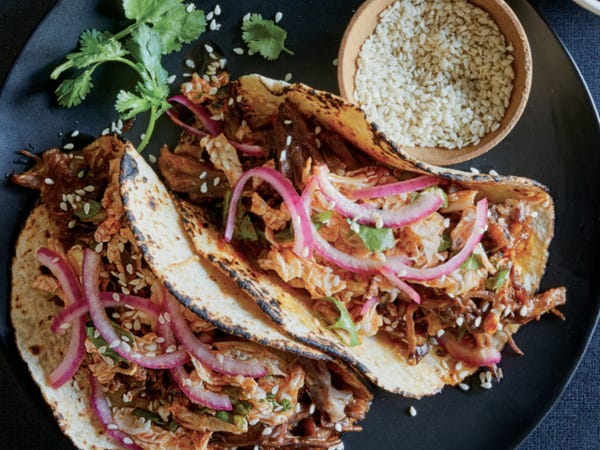 Short ribs are one of cookbook author Kim Laidlaw's favorite things to make in a Crock-Pot, and they're a go-to on a chilly winter day or for a holiday meal.

In her cookbook, "Everyday Slow Cooking: Modern Recipes for Delicious Meals," Laidlaw gives multiple different recipes for short ribs, and she recommends trying them for a holiday meal.

"If you do them in a slow cooker, then the meat is out of the way," she told Insider. "Then, you can focus on other side dishes like polenta or risotto."

Stew is one of those slow-cooker meals you can practically toss in the ingredients for and walk away. 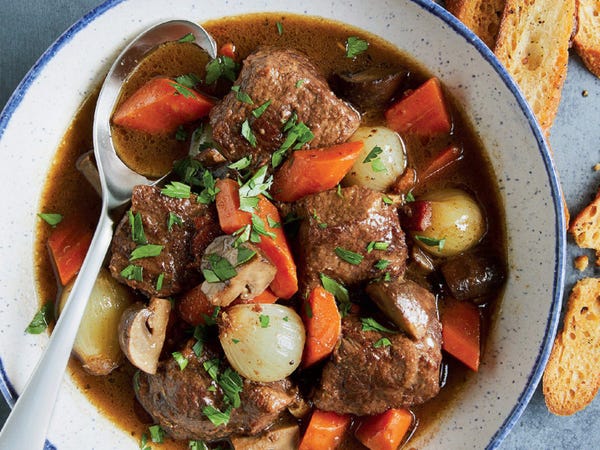 Beef, turkey, or chicken stew is a perfect stick-to-your-bones meal during the cold winter months.

But stew is also hassle-free.

"Slow cookers are perfect in the winter for soups and stews," Laidlaw said. "The best part is that you can set it in the morning and walk away."

Brisket is another great meat to make in a slow cooker. 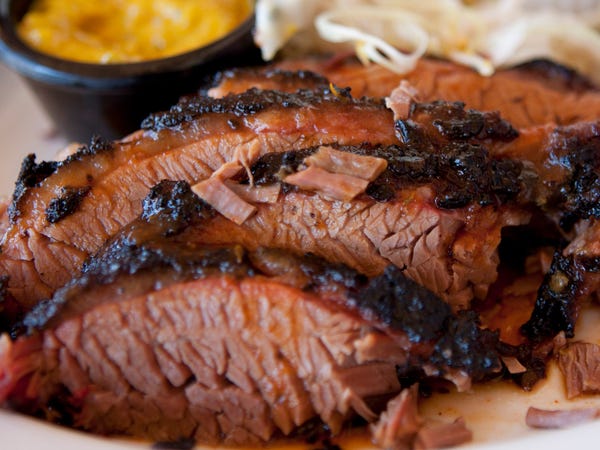 "Brisket is a natural partner for the slow cooker, as a gentle braise renders it meltingly tender," Laidlaw writes in "Everyday Slow Cooking."

Ribs can also be made in a Crock-Pot. 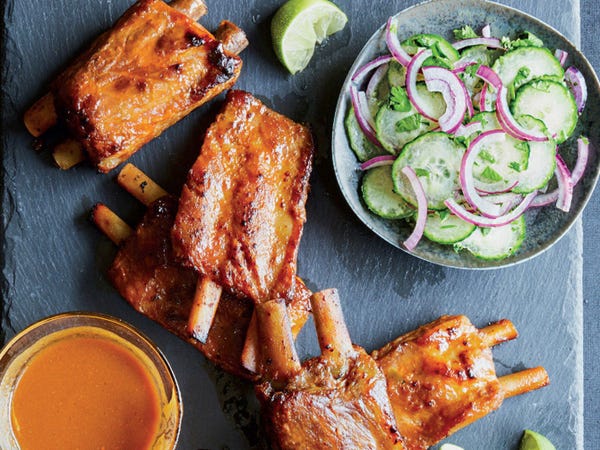 "Ribs do really in the slow cooker, and you can always stick them under the broiler in the end to crisp them up," Laidlaw told Insider.

Bolognese sauce is another great way to utilize your Crock-Pot. 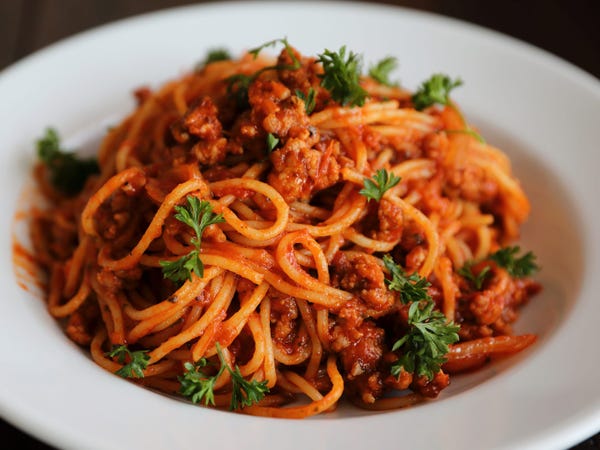 "Bolognese is great because you can cook it for a long time," Laidlaw told Insider. "You just have to remember that the sauce doesn't evaporate the same as it would if you were doing it on the stove. You definitely need to compensate and put less liquid in the pot if you're using a slow cooker."

Meatballs are another filling meal to make in a slow cooker. 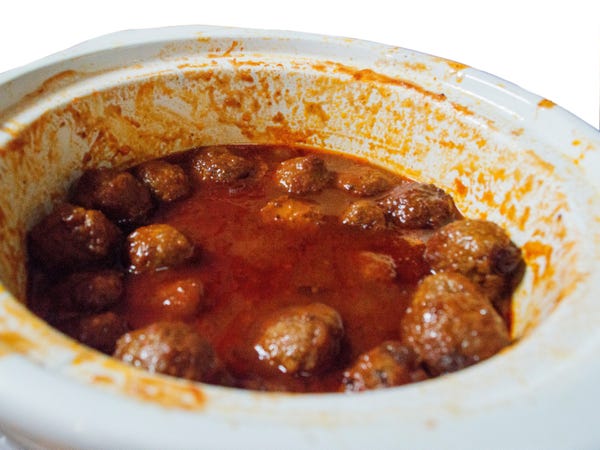 Acheson points out that not only are meatballs, like the veal meatballs he includes in his book, easy and delicious to make, but they're a comforting, kid-friendly option you can make in a slow cooker.

"Slow cookers are not necessarily the best tool for cooking for one — they work so much better for nourishing an entire family," he said.

Acheson said his go-to slow-cooker meal on a winter's day is lentil soup with a little sour cream. 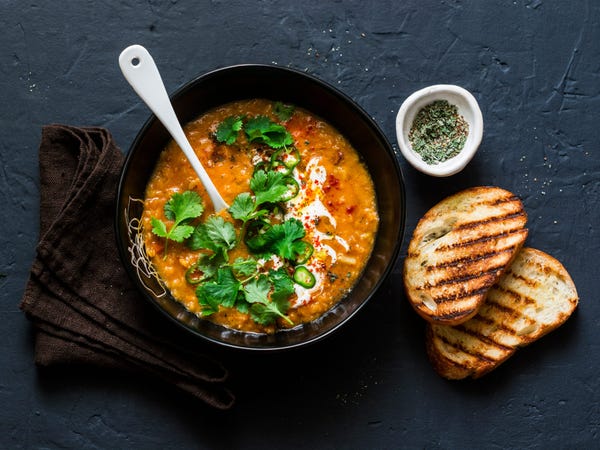 "I usually go for something that won't take too long," Acheson said. "Usually, I go for a lentil soup with Tuscan kale and a little sour cream and herbs on top. To me, that's the type of food you want as you're watching the snow fall down."

Acheson also points out that large batches of soup are great for the next day.

Braised and pulled chicken is another great way to utilize your Crock-Pot. 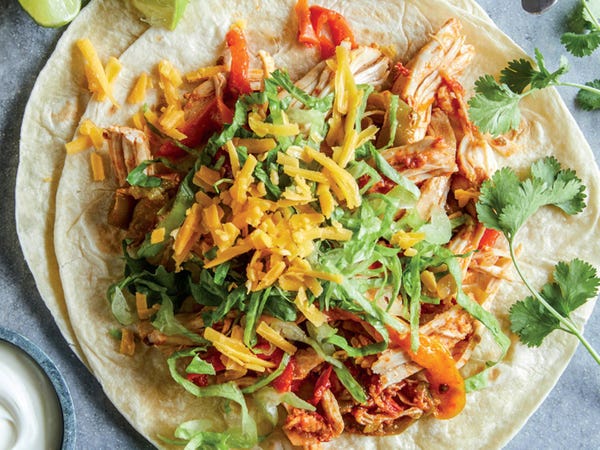 One of the benefits of using a slow cooker is starting with a basic protein and jazzing it up.

From Mexican food-inspired spices to Indian simmer sauces, there are tons of ways to transform simple braised or pulled chicken dishes into something show-stopping.

Pork shoulder is a slow-cooker staple you can use in a number of dishes. 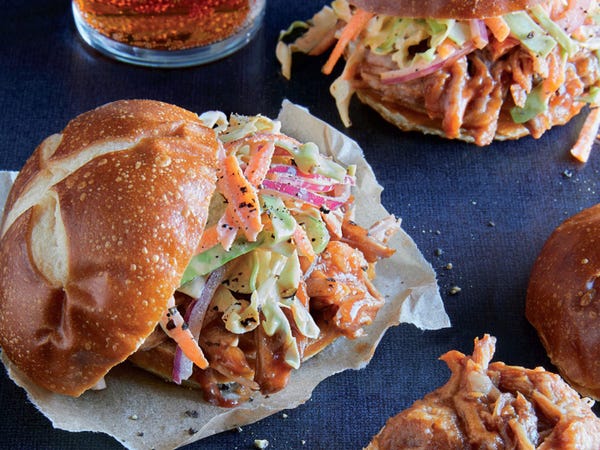 "One dish I think is so versatile is pork shoulder in a slow cooker with broth and a little salt and pepper," Laidlaw said. "I just braise that and then you can turn into so many different things."

Laidlaw explained that using a pork shoulder, you can make everything from pulled-pork sliders to carnitas tacos or burritos, or something more salty and sweet.

You can also make chicken soup in a slow cooker. 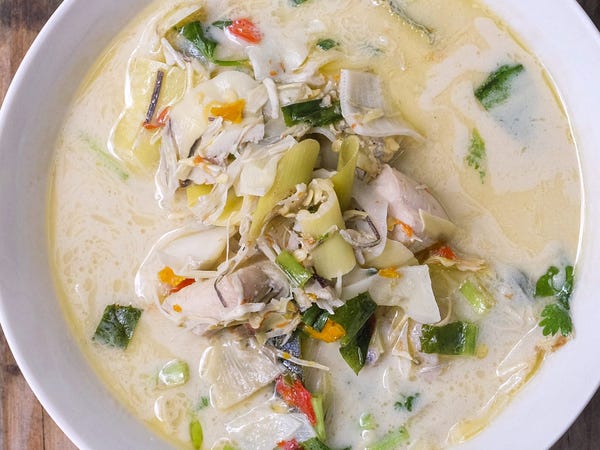 "A simple soup with Thai chilis, coconut milk, and lime is just wickedly good," Acheson said. Or, if you're feeling a little more adventurous, Acheson also said a slow cooker is a perfect way to make delicious chicken and dumplings.

You can also prepare a leg of lamb in the slow cooker, but you might want to sear it first. 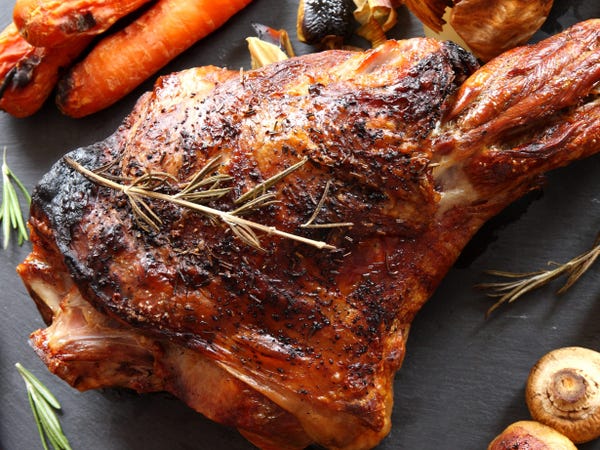 "Leg of lamb is so good as it breaks down in the slow cooker," Acheson said. "Cooking in the slow cooker and then finishing another way is going to make sure your meat is at its best. Whether that means re-searing the meat or throwing it under the broiler, you might want to think about other steps to really finish off your meal."

Laidlaw added, "Recipes that have you throw everything in without any prep ahead are not nearly as good or as flavorful as the ones that do. Taking ten minutes to brown the meat before you put it in or getting the onions started goes a long way to making your meals more delicious."

You can also make poached or braised fish in the slow cooker. 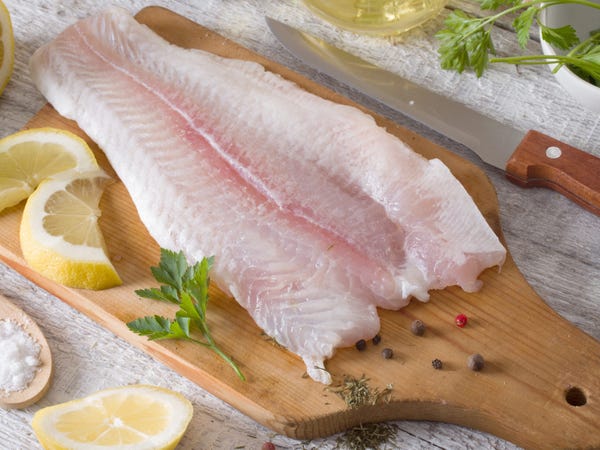 "It's really about rethinking recipes and figuring out how to do it in the slow cooker," Acheson said.

One of the "best recipes" Acheson said he uses from his book is one for a braised catfish.

"It's got this long-cooking, beautiful broth that's just a vision at the end," he told Insider. "It's got chilies, peppers, and mace — big flavors. It just works perfectly. When slow cooking, you really want to choose a dish that works well simmering potentially all day."

Goat shoulder is another surprisingly delicious meal you can make in a Crock-Pot. 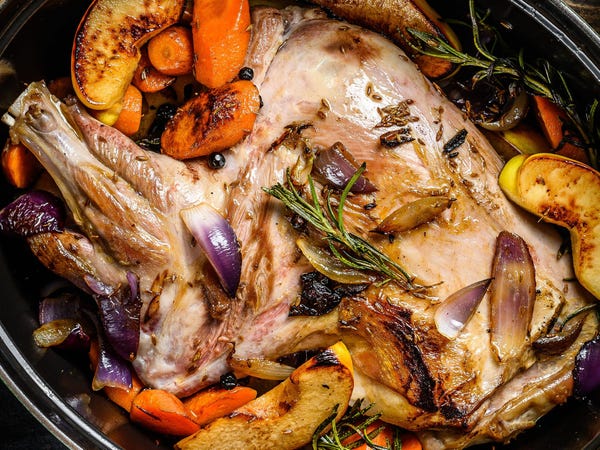 "These days, goat shoulder doesn't have that gamey taste it might have had before," Acheson told Insider. "When you're talking about cooking a large piece of meat, a slow cooker is a great place to start."

You can even make a comforting dessert like cheesecake in a Crock-Pot. 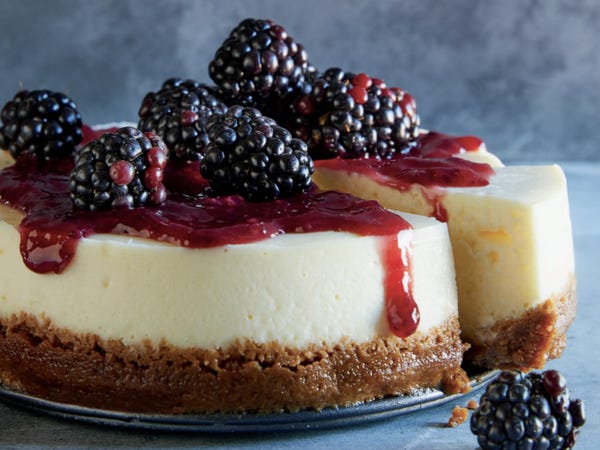 One of the desserts Laidlaw includes in her book is for gingersnap-brandy cheesecake, which would be perfect to break out at a holiday party.

END_OF_DOCUMENT_TOKEN_TO_BE_REPLACED

END_OF_DOCUMENT_TOKEN_TO_BE_REPLACED
We and our partners use cookies on this site to improve our service, perform analytics, personalize advertising, measure advertising performance, and remember website preferences.Ok