A Complete Ranking of the Best Store-Bought Hot Cocoa

On a chilly, winter day, you might remember your mom opening up that sky-blue Swiss Miss box, tearing open one of the hot cocoa mix packets and pouring that light brown powder into a hot cup of milk. You might also remember the way the tiny marshmallows all gather and float around in packs.

Hot cocoa is not only hands down the best way to warm up on a chilly winter day, but it seems we always want to reach into our respective pantries to stir up a cup one, two, maybe even three times a day.

The number of businesses may have grown, but the most popular — and best — hot cocoa mixes out there are the ones we grew up with: store-bought hot cocoa. 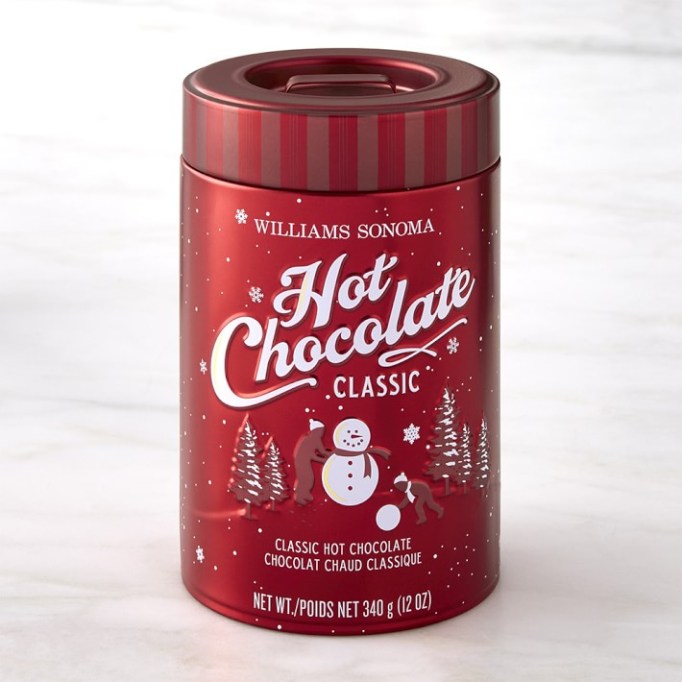 Kicking off our list is Williams-Sonoma’s hot chocolate. While it’s the most expensive hot cocoa on our list, it would still make for a great gift. 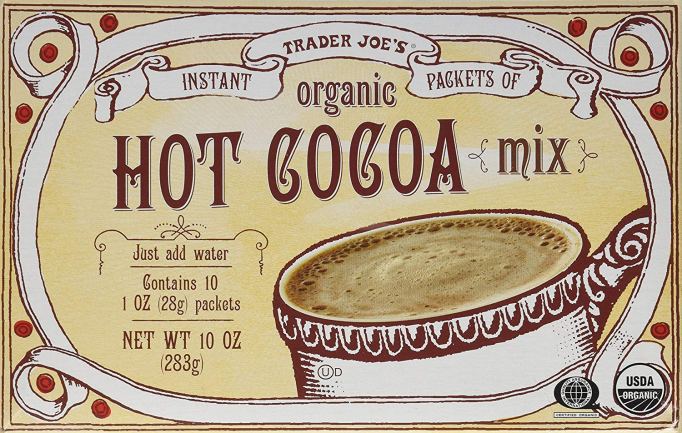 Of course Trader Joe’s has a solid hot cocoa mix. Reviewers on Amazon tout this particular mix as one that dissolves easily and is full of flavor. Plus, the box comes with 10 packets. 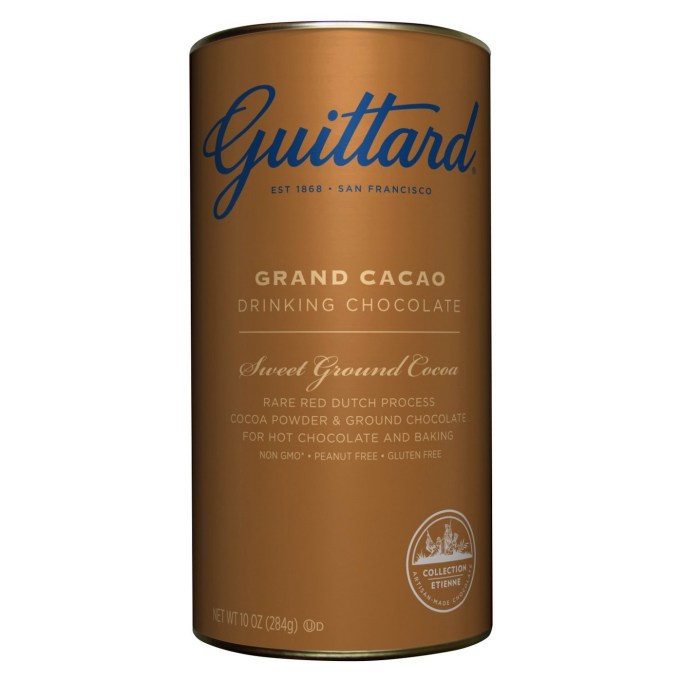 With over 75 reviews and a 4.2 overall rating on Amazon, Guittard’s drinking chocolate is considered a quality hot chocolate, which makes sense considering the steeper price. Some reviewers have even said they add it to their hot coffee; not a bad idea. 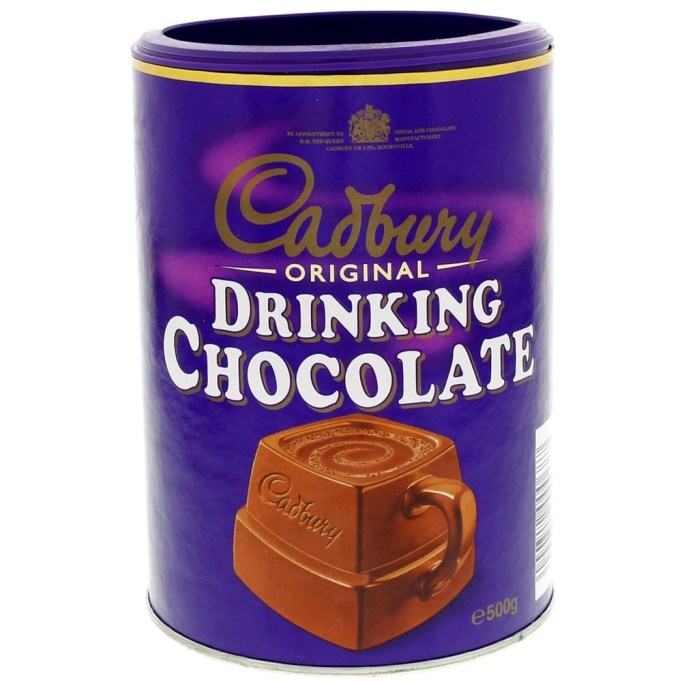 Cadbury’s hot chocolate drink has a 3.7 rating on Amazon with over 160 reviews, so you know it’s worth a try. Similar to the rest of the hot cocoas placed on the lower end of our list, it’s priced a little higher than one would expect, but when made with milk, it’s heaven in a mug. 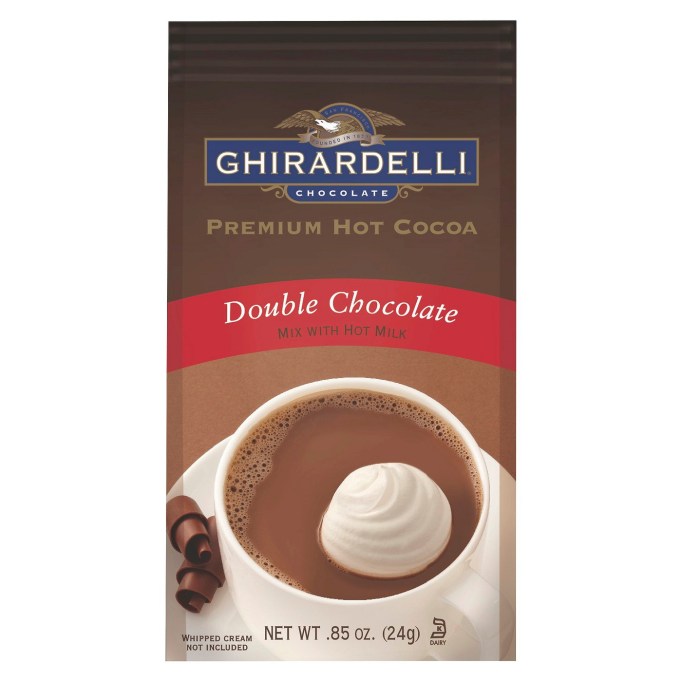 Considered the premium baking brand in the U.S., Ghirardelli pulls through with a solid hot cocoa option. With a 3.9 Amazon rating and over 200 reviews, this rich hot cocoa mix tastes best with milk. 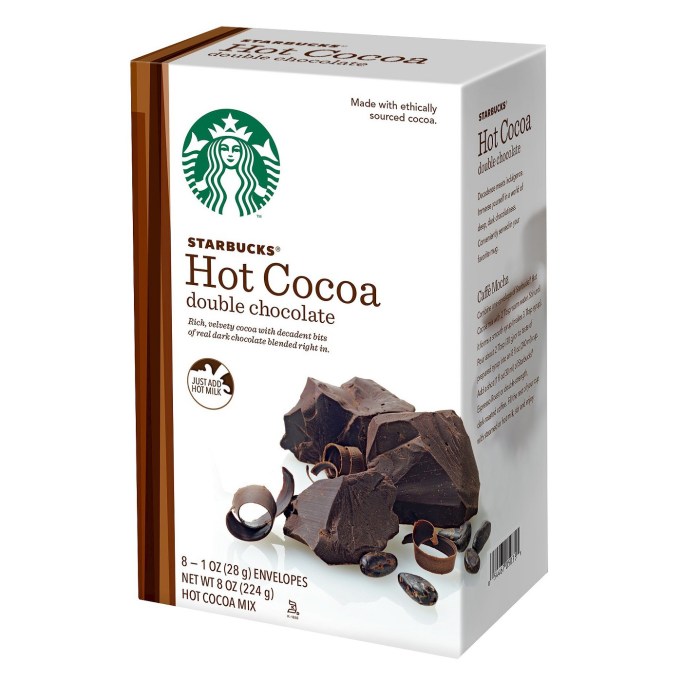 According to reviewers on Target’s website, this Starbucks hot cocoa mix is “tasty and not [too] sweet” and “doesn’t lose the flavor when extra milk is added to make a taller cup at home.” We’ll take it! Overall, this product has a 4.5 (out of 5) rating and over 150 reviews. 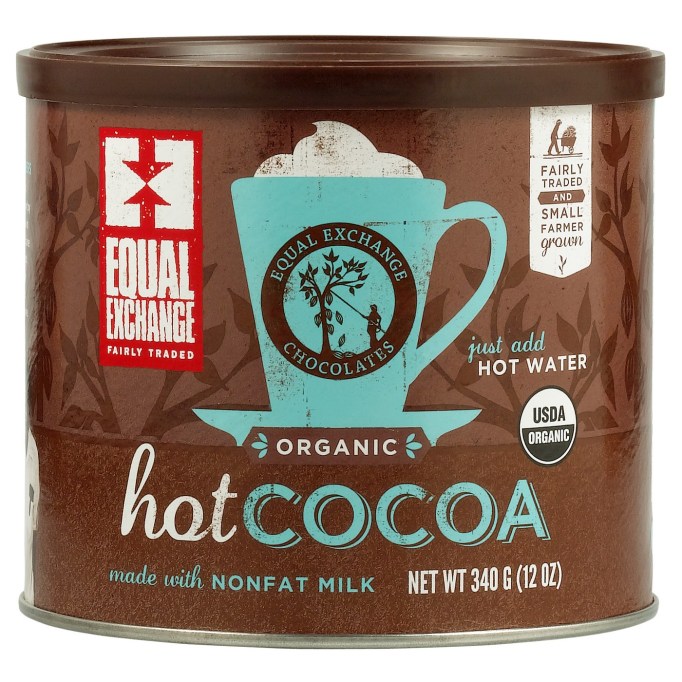 An Amazon’s Choice product, Equal Exchange’s hot cocoa mix is very popular. With over 240 reviews and a 4.6 rating on Amazon, this fairly traded organic hot cocoa has a rich, chocolaty flavor. 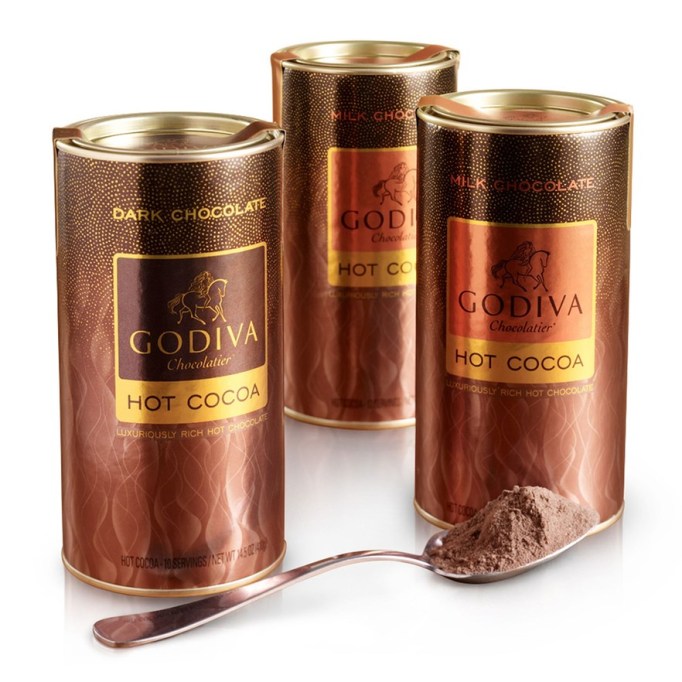 Each of Godiva’s hot cocoa canisters has 10 servings of premium milk chocolate hot cocoa. Made with all-natural ingredients, this product has great ratings on Amazon, with an overall score of 4.4 and over 380 reviews. 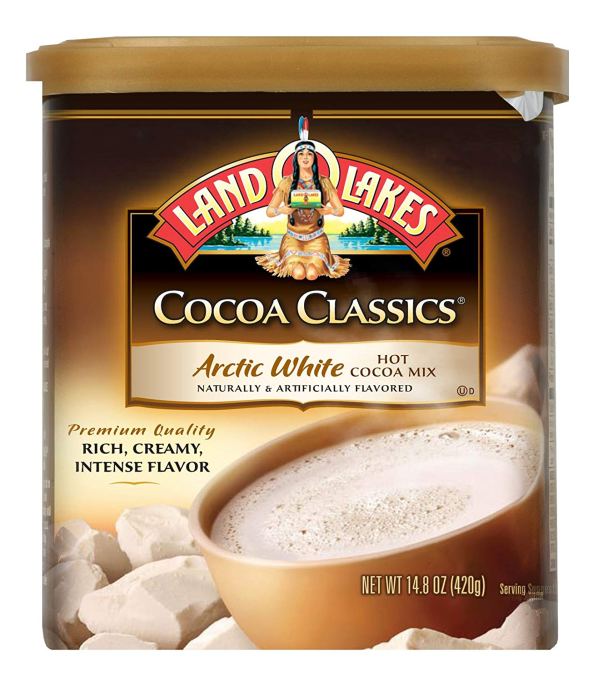 You likely associate Land O Lakes with butter, but apparently, they have an incredibly popular hot cocoa mix too. With over 350 reviews and a 4.6 rating on Amazon, each packet is less than $1, and people love it so much, it’s been called the “best hot chocolate ever!!!!!” Yes, with five exclamation points. 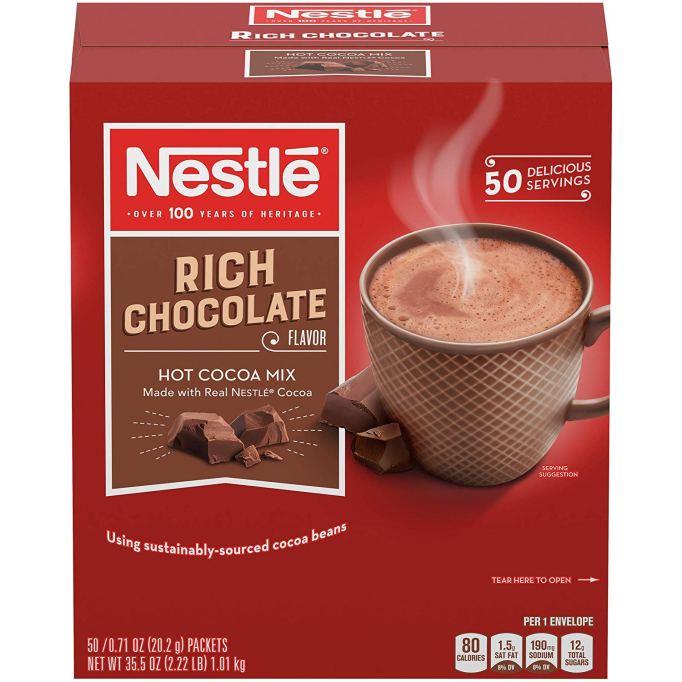 Nestlé has over 100 years of chocolate heritage, so you’d better believe they’ve nailed hot cocoa. This particular products contains 35 percent less sugar than other brands, so you won’t feel nearly as guilty once you’ve downed your third cup. On Amazon, Nestlé’s Rich Milk Chocolate Hot Cocoa Mix has over 440 reviews and a 4.5 rating. 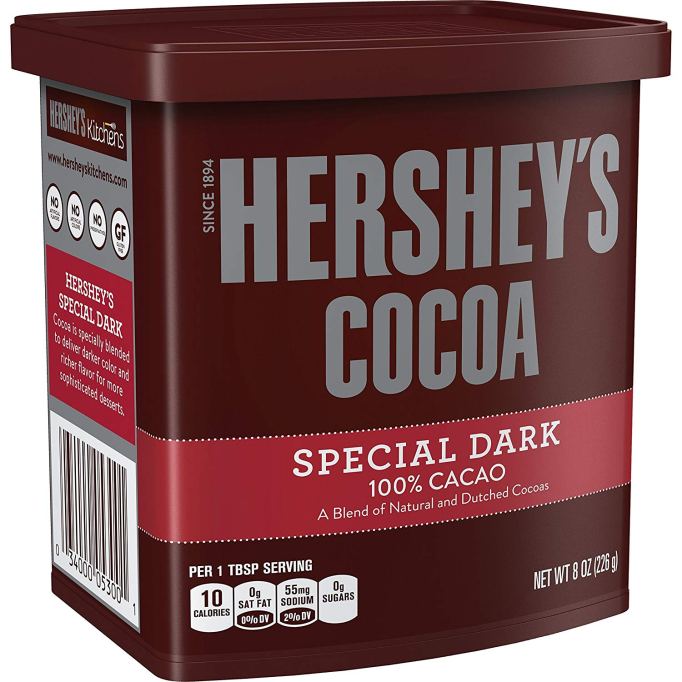 Not a fan of overly sweet hot cocoa? Hershey’s has you covered with its 100 percent cacao Special Dark cocoa. With over 570 reviews on Amazon and an overall rating of 4.2, this Hershey’s cocoa is deliciously rich and can be used for baking. 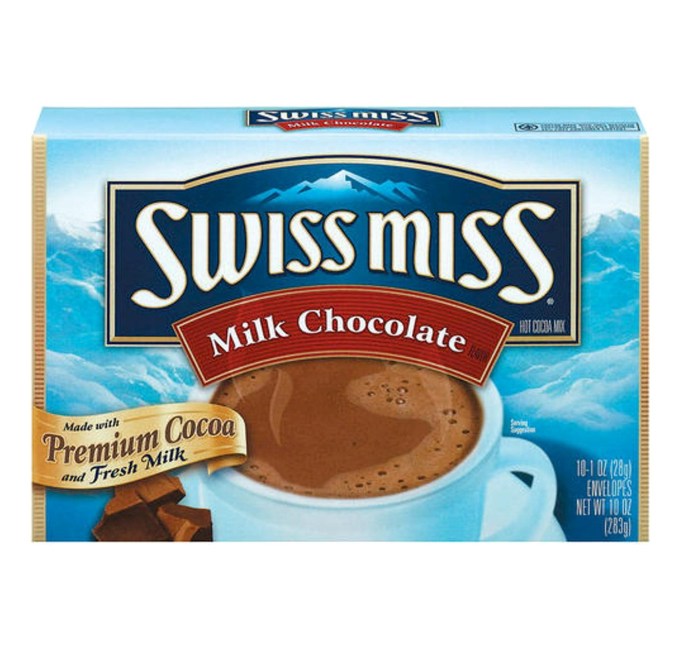 There’s a reason households, to this day, continue to carry this classic mix during the holidays and winter season: It’s incredibly inexpensive, and it has the most consistent chocolate flavor. Swiss Miss’ milk chocolate cocoa also has over 460 reviews and a 4.5 rating on Amazon.