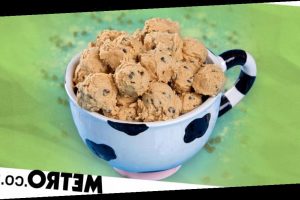 So the sweet-toothed will be thrilled to hear that the brand has (finally) released the recipe for the bite-sized chunks of edible dough.

The ice cream giant has followed in the footsteps of other brands who have recently released recipes for their popular products – such as IKEA’s Swedish meatballs and Wagamama’s katsu curry.

In terms of the recipe, it’s actually very simple. It requires just seven ingredients and takes 15 minutes to make.

As for the method, start by placing the flour in a bowl and microwave on a high heat to ensure no bacteria is on the flour.

Then, with an electric mixer or hand mixer, beat together the butter and sugar until it’s light and fluffy.

Following that, add the vanilla, cream, and salt, and mix to combine. Then, add the flour and continue mixing it all together and throw in the chocolate chips.

Afterwards, mould the mixture into ball shapes with your hands – then serve and enjoy.

The cookie dough balls should be stored in an airtight container in the fridge, to keep them fresh.

Ben and Jerry’s say the cookie dough chunks can be enjoyed on their own, sprinkled onto ice cream or can be used to decorate cupcakes.

Elsewhere in the world of food, a man claims to have created the Domino’s garlic and herb dip.