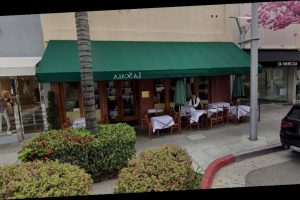 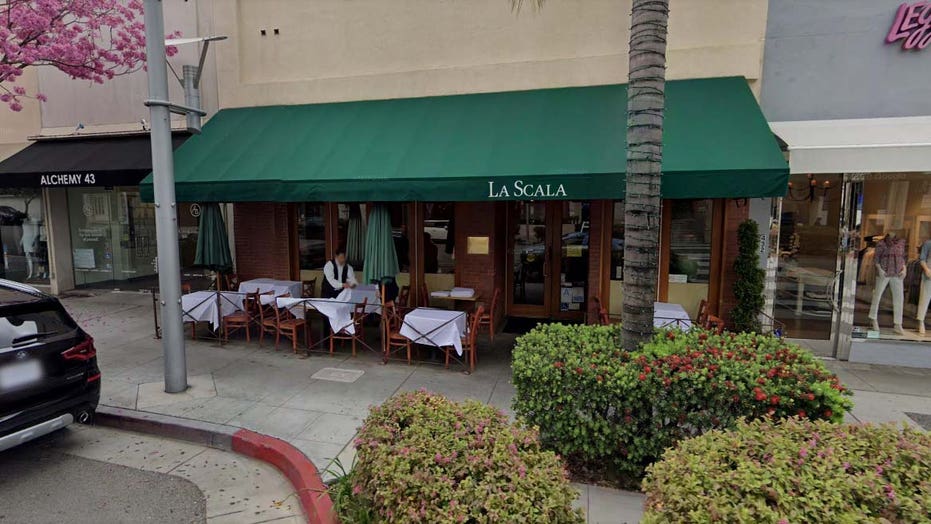 Schnucks Supermarket CEO Todd Schnuck explains the initiative to help restaurants struggling amid the coronavirus pandemic by giving 14,000 employees gift cards to spend at the establishments, calling it a ‘win-win.’

The Beverly Hills restaurant that caught heat for advertising a ‘discreet’ indoor dining experience on New Year’s Eve — and amid Los Angeles’ current dining ban — is now claiming that the invitation was mishandled by "the person that wrote it," but also misinterpreted by anyone who was offended by it.

La Scala, a high-end restaurant located two blocks from Rodeo Drive, made headlines last week after it was discovered that the eatery was stuffing its takeout orders with the invitations, which advertised the possible "speakeasy"-style dinner event — and asked patrons to keep it a secret.

"We’re considering taking reservations for New Year’s Eve dinner. Inside," reads the invite, per a photo shared by Los Angeles-based journalist Alissa Walker. "If this is something you’d be interested in, please let us know as soon as possible. If enough interest, we’ll contact you back to secure a reservation. Please keep this discreet but tell all your friends."

La Scala’s plans soon drew the attention of local Los Angeles residents (many of whom criticized the restaurant) as well as local authorities and police. The City of Beverly Hills kindly reminded La Scala that, despite this being "an incredibly difficult time for all of our businesses… the County Order does currently prohibit indoor and outdoor dining, including in the City of Beverly Hills," an official told the Los Angeles Times. Local police added that they were aware of, and "handling" the situation.

On Monday night, however, La Scala publicly addressed the invitation and subsequent backlash in a lengthy statement shared on its website, claiming that the note didn’t come out "as intended," and that the restaurant never intended to skirt the dining ban.

In the statement, La Scala started by thanking its clientele and community for their support, before sharing a revised version of the note, which alleges that the invitation was originally "meant to convey" the following:

"With the dining ban set to expire on Dec. 28, we are hopeful of resuming some sort of table service and we are considering taking reservations for New Year’s Eve. If this is something you would be interested in, please let us know. If allowed, and if there is enough interest, we’ll contact you directly."

Instead, La Scala claims that the "person who wrote [the note] tried to add some levity and said inside instead of outside. It didn’t come out as intended, how we wanted to be represented, nor how we wanted to represent ourselves. That was the intention. If you can find fault in that, there is nothing more we can say."

But La Scala’s statement continues, and appears to take issue with how the actual note — the one included in patrons’ takeout orders — was interpreted.

"We have consistently taken the most drastic steps to ensure guest and employee safety. The news sources keep focusing on ‘be discreet.’ How is putting a note in bags being secretive? How discreet is ‘tell your friends’[?] We simply wanted to ensure that our loyal guests and their friends had an opportunity to book a reservation should we be able to serve." 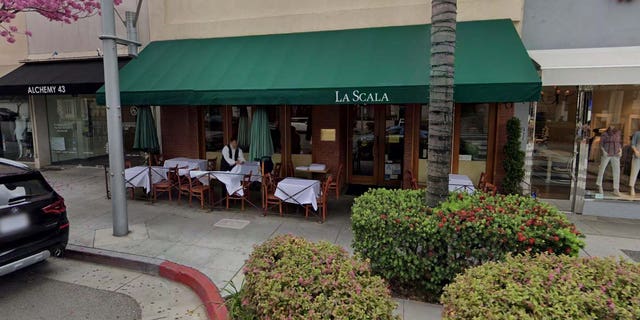 On its website, La Scala released a lengthy statement explaining the note included with takeout orders, claiming it was both poorly worded and also misinterpreted by critics.
(Google)

La Scala then offered its apologies, presumably to those who were offended, as well as its condolences to those who lost loved ones to COVID-19. But the restaurant reminded followers that "we cannot forget all the people that are losing their businesses."

"If everyone would turn their hate to love and direct it to the people that need it instead of attacking small businesses trying to survive, that would be a much better use of their time," the restaurant wrote, in part.

Los Angeles County, meanwhile, is currently in the midst of a second lockdown amid rising COVID-19 cases and hospitalizations. Indoor and outdoor dining currently remain prohibited within the county.

Brie Stimson contributed to this report.

END_OF_DOCUMENT_TOKEN_TO_BE_REPLACED

END_OF_DOCUMENT_TOKEN_TO_BE_REPLACED
We and our partners use cookies on this site to improve our service, perform analytics, personalize advertising, measure advertising performance, and remember website preferences.Ok