Home » Food & Drink » Celebrity chef David Chang loves microwaves so much that he made his son’s birthday cake in one, and it actually looks tasty

Celebrity chef David Chang loves microwaves so much that he made his son’s birthday cake in one, and it actually looks tasty 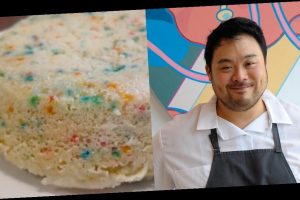 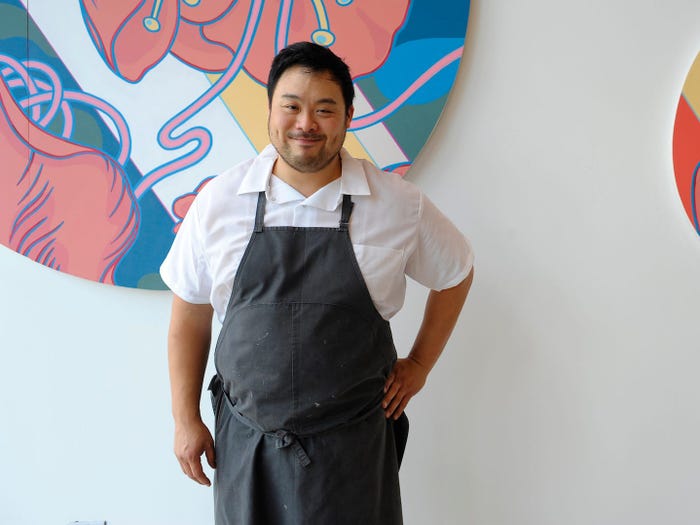 Celebrity chef David Chang is known for taking risks when it comes to the way food is served, eaten, and prepared. And his latest culinary innovation — a microwaved birthday cake — is the perfect example of his risk-taking methods.

To celebrate his son Hugo turning 21 months old, the restaurateur and Momofuku group founder (and more recently, the first-ever celebrity winner of "Who Wants to Be a Millionaire") made what looked like a confetti cake in the microwave.

"Not bad," the chef said as he gave followers a 360-degree view of the cake on Instagram. "Not bad at all."

Though it's definitely unusual to make a full-sized cake in the microwave, people have been loving smaller microwavable mug cakes for years. Chang didn't specify what container he used to microwave his cake in, but in the video, it looked far larger than a standard mug.

Chang explained in his caption that the cake was made from a store-bought boxed mix, and he said it turned out to be delicious. But just because it was great doesn't mean he'll necessarily use this as his go-to cake for every occasion.

He wrote, "it came out great, but next time I'm just gonna order a [cake] from @milkbarstore." (Milk Bar is the baked-goods brainchild of Chang and chef Christina Tosi, and is a brand partially owned by Chang's Momofuku restaurant group.)

Chang loves microwaves, and he really loves reminding people how underrated they are

The chef nodded to his microwave skills in the post, calling them "unmatched." In a recent interview with Insider promoting "Recipe Club," his newest podcasting endeavor, Chang named this sometimes controversial, often-overlooked kitchen appliance a necessity for home cooks.

"The next year-plus I'm going to be on this microwave march to get people to realize what an amazing piece of machinery they have in their kitchen that's probably collecting dust," Chang told Insider. "The microwave is an amazing, amazing machine, and it's something that we use a lot in 'Recipe Club.'"

Hugo's birthday cake wasn't the first time Chang shared his somewhat unconventional use of a microwave. Back in May, he posted a video showing followers, and specifically Jimmy Fallon, how to microwave an egg for a breakfast sandwich.

END_OF_DOCUMENT_TOKEN_TO_BE_REPLACED

END_OF_DOCUMENT_TOKEN_TO_BE_REPLACED
We and our partners use cookies on this site to improve our service, perform analytics, personalize advertising, measure advertising performance, and remember website preferences.Ok