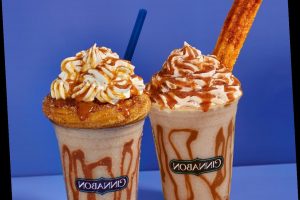 Just when you thought Cinnabon couldn’t up the ante on cinnamon goodness any further, the chain is outdoing itself with a brand new offering. Enter Cinnabon’s Churro Chillatta, which can best be described as the stuff of cinnamon-lovers’ dreams. Get ready to indulge your sweet tooth, because the newest addition to the Chillatta lineup includes drizzles of caramel, whipped cream, and your choice of a fried churro stick or swirl.

As of March 2, Cinnabon mall locations around the country are upping the chain’s dessert game with the brand new Churro Chillatta — and I’m happy to say that the offering is just as over-the-top as it sounds. As always, the frozen sip starts with the retailer’s signature creamy blended Chillatta base, which has been infused with a hint of cinnamon flavoring for this specialty drink. The drink is crowned with layers of fluffy whipped cream, drizzles of caramel, and your choice of a crispy Churro Swirl or Churro Stick — depending on if you like to dunk your churro into the frozen beverage or you’d rather eat it doughnut-style with all the whipped cream on top.

Either way, you’re looking at a decadent confection that’ll satisfy your sweet tooth and give you something extra-satisfying and crunchy to nibble on all at the same time. Oh, and there’s also the added bonus that the drink is undeniably photogenic, giving you the perfect excuse to snap something for the ‘Gram during your next trip to the mall. 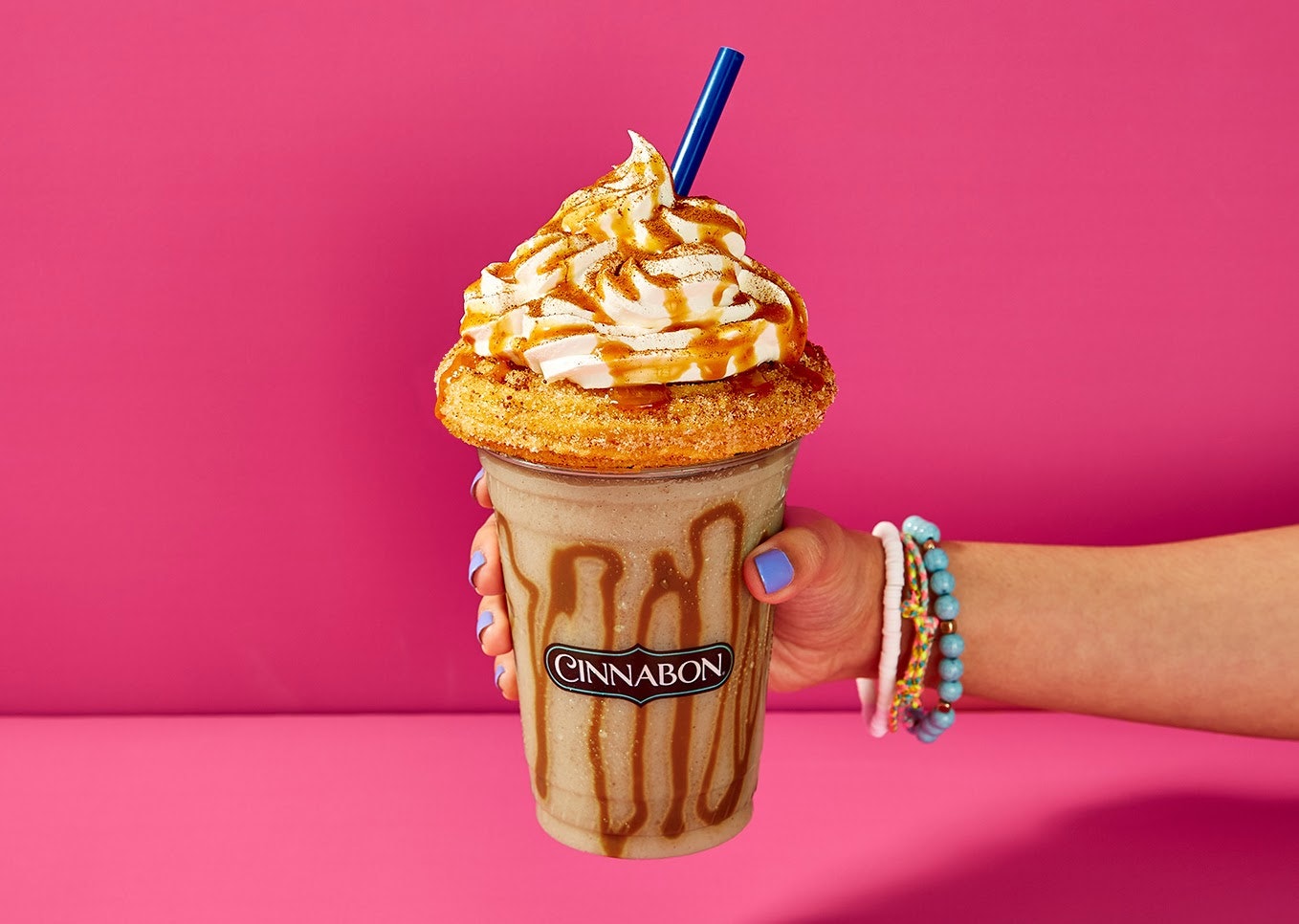 Cinnabon only made its Churro Swirls a permanent part of its menu last year, but it’s the first time the national retailer has added the cinnamon and sugar-covered pastry to one of its drinks — and the churro’s crunchy texture paired with its dip-able shape is sure to make it customers’ new favorite cinnamon-infused thing to order while at the mall. Cinnabon’s Churro Chillatta costs a bit more money — at $6.29 per drink — as compared to the chain’s Signature Cinnamon Roll Chillatta, which retails for between $4.49 and $5.29. All pricing is also dependent on the location.

Nothing good lasts forever, and unfortunately, the Churro Chillatta won’t be a permanent addition to the company’s frozen blended drink menu. Still, the limited-edition treat doesn’t appear to have an official end date at the moment, so I’d take full advantage of satisfying your cinnamon and churro cravings during your next shopping trip.

END_OF_DOCUMENT_TOKEN_TO_BE_REPLACED

END_OF_DOCUMENT_TOKEN_TO_BE_REPLACED
We and our partners use cookies on this site to improve our service, perform analytics, personalize advertising, measure advertising performance, and remember website preferences.Ok