Home » Food & Drink » Coca-Cola Will Discontinue Tab, Its Original Diet Soda, By the End of 2020

Coca-Cola Will Discontinue Tab, Its Original Diet Soda, By the End of 2020 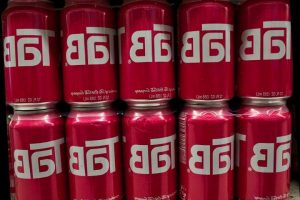 Pour one out for Coca-Cola’s original diet soda.

The company announced on Friday that they would be retiring Tab, as well as a number of other “underperforming products,” by Dec. 31.

Other beverages that will no longer be sold in the United States include ZICO coconut water, Coca-Cola Life, Diet Coke Feisty Cherry, and Odwalla products.

Although the company already had plans to streamline their offerings before the onset of the coronavirus pandemic, the global health crisis — which has brought supply chain challenges and changed consumer shopping habits — encouraged the company to move faster.

“This is a golden opportunity for us to accelerate the curation of the portfolio that was an ongoing need, and actually bring all of that to fruition in a much shorter timeframe,” Chairman and CEO James Quincey said during a recent conference. “We believe it will set us up with more momentum behind stronger brands as we come out of this crisis.”

Debuting in 1963, Tab rose in popularity throughout the ‘70s and ‘80s — and as a sign of its cultural relevance, the soft drink even got a shout in Back to the Future.

After Coca-Cola launched Diet Coke in 1982, the new diet soda quickly eclipsed the popularity of TaB, although the drink’s loyal fanbase kept the product on the shelves for years to come.

“We want to make sure those who want Tab get Tab,” Douglas Daft, Coca-Cola’s then-chairman and chief executive, said in 2001, according to the Wall Street Journal, which noted at the time the soft drink didn’t even account for 1 percent of the diet soda market.

A company spokesperson told the outlet that Coca-Cola hadn't spent any money marketing the product since 2008.

Never miss a story — sign up for PEOPLE's free weekly newsletter to get the biggest news of the week delivered to your inbox every Friday.

Although the sun may be setting on Tab, it will forever maintain its place in Coca-Cola history.

“We’re forever grateful to Tab for paving the way for the diets and lights category, and to the legion of TaB lovers who have embraced the brand for nearly six decades,” Kerri Kopp, group director, Diet Coke, Coca-Cola North America, said in a press release.

“If not for Tab, we wouldn’t have Diet Coke or Coke Zero Sugar. Tab did its job,” Kopp added.

END_OF_DOCUMENT_TOKEN_TO_BE_REPLACED

END_OF_DOCUMENT_TOKEN_TO_BE_REPLACED
We and our partners use cookies on this site to improve our service, perform analytics, personalize advertising, measure advertising performance, and remember website preferences.Ok