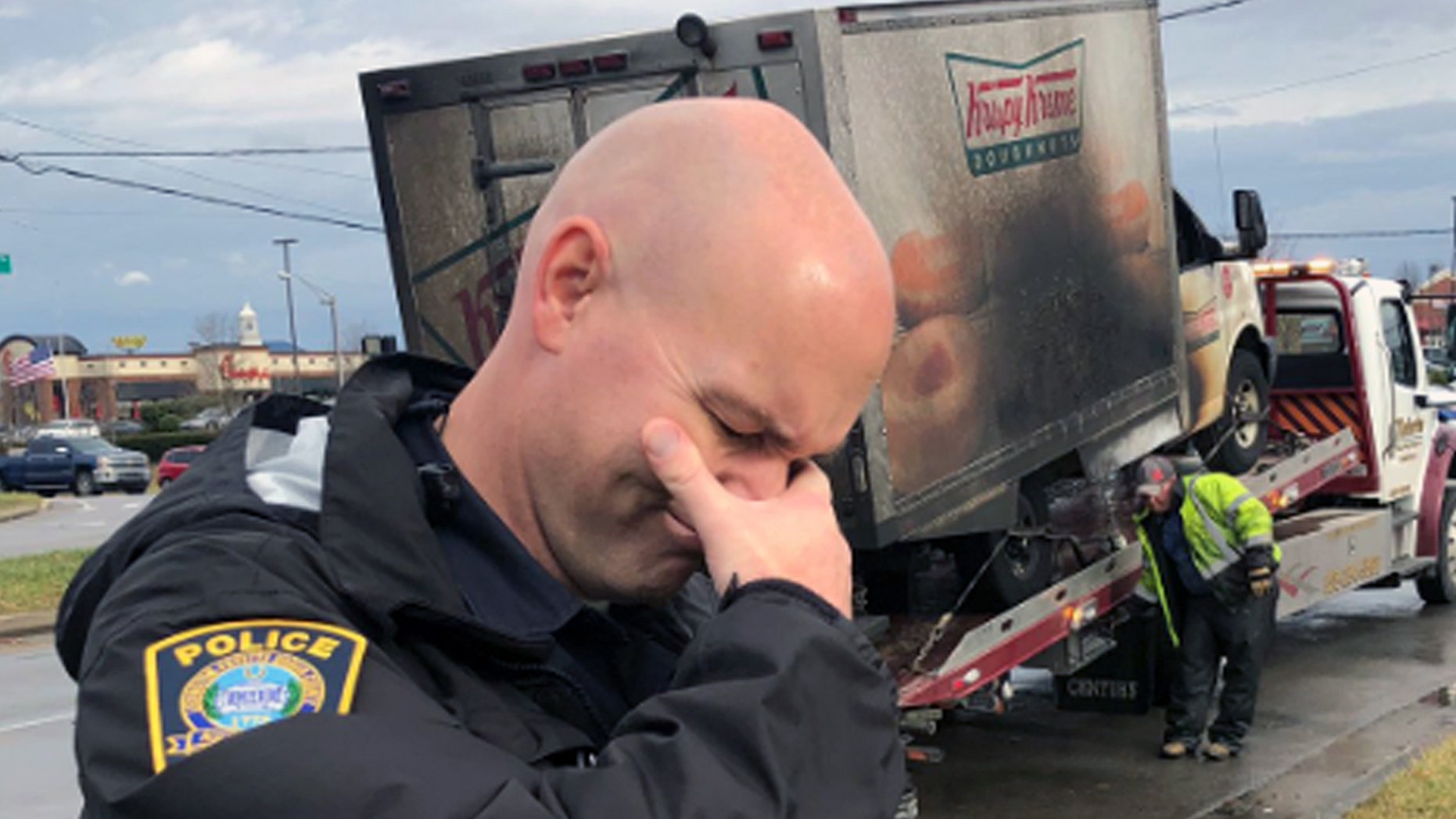 A few Kentucky cops went viral for mourning the loss of a truckload of doughnuts.

The driver of a Krispy Kreme doughnut truck noticed his vehicle was smoking on New Year's Eve, so he called 911.

And while the driver was able to safely escape before fire crews arrived and flames engulfed the truck, the doughnuts didn't make it. 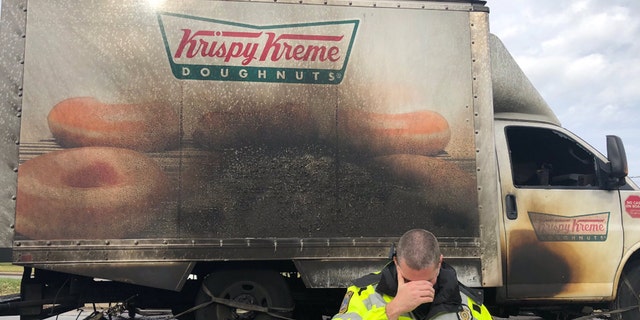 The Lexington Police Department posted a few photos online depicting the heartbroken officers with their heads cast down.

"No words," the officers wrote, and their colleagues from across the nation – from Colorado to Chicago – were quick to respond with messages of support.

“We feel your loss,” the University of Kentucky Police Department wrote. “We donut what else to say.”

“In this line of work, some things can’t be unseen,” he wrote. “My thoughts are with @lexkypolice officers at this time of tragedy.”

MIRACLE ON I-80: A FIERY CRASH AND EXPLOSIONS, BUT ONLY MINOR INJURIES

Other commenters online noted the doughnuts were really "krispy" after the box truck fire.

The investigation into the fire is ongoing as the cause is unknown.