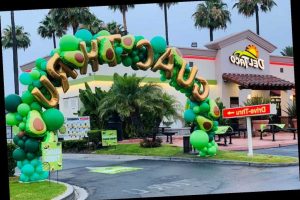 While Del Taco recently added to its menu, other fast food joints have been simplifying theirs.

After rumors surfaced online that the Taco Bell would be removing popular food items from its menu, the company has officially revealed that they will in fact be getting rid of some fan-favorite items as they look to simplify operations amid the ongoing coronavirus pandemic.

Beginning on Aug. 13, Taco Bell will no longer have the Grilled Steak Soft Taco, 7-Layer Burrito and Triple Layer Nachos, according to a statement on their website.

The ever-popular Quesarito will also be removed, but from the in-restaurant menu only. It will still available to order online or via the Taco Bell app for order ahead, a spokesperson for the company tells PEOPLE.

The move comes about after Taco Bell shares that they spent "months of analyzing the new way we are running our restaurants."