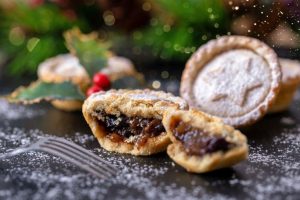 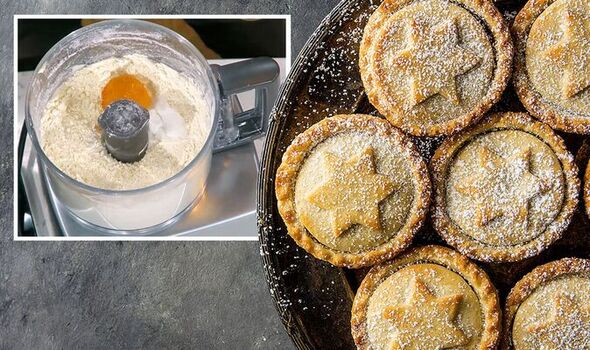 December is now underway and nothing says Christmas like a classic mince pie. TV chef Phil Vickery shared his recipe, which includes an unusual ingredient the whole family will enjoy.

Appearing on ITV’s This Morning, Phil spoke about the ingredients: “Mincemeat is the same, they just vary in price and how much fruit there is.

“Every year, I try and play around a little bit more [with the recipe], and do something a little bit different.

“So this year, rather than focusing on the mincemeat, we’re going to focus on the pastry.

“Rather than using all sugar – when you make pastry usually, it’s 50 percent butter or lard, to 100 percent of flour.

“Sugar [quantites] vary really, and sometimes with mince pies, I add a little bit more butter to the pastry so it’s softer, almost like a sable, which is a very soft shortbread – it takes a bit of rolling out and you’ve got to be a bit careful, but it gives a nice butter feel.”

“I’ve put 50-75g of sugar in the pastry, instead of 100g, and I’m going to use marmalade as the sweetener rather than all sugar,” he added. “Two tablespoons of marmalade go in and roughly that equates to the same amount of sugar.”

The chef also explained why you need to use salted butter, instead of unsalted: “The salt cuts the sweetness of pastry.”

1. Place the cold butter, flour, salt and sugar together in a food processor. Mix until you have a fine breadcrumb texture, do not overwork.

2. Add the marmalade, egg and water and mix well, using the pulse button. Do not overwork, or the pastry will shrink when cooked.

3. Turn out of the processor and knead very gently to bring it together.

4. Flatten the pastry slightly (makes it easier to roll when chilled), wrap in cling film, then chill for about 20 minutes before rolling.

6. Mix the shop-bought mincemeat with the zests, cinnamon and brandy.

7. Roll out two-thirds of the dough on a floured surface to a thickness of about 5mm and use a cutter to cut out pastry discs which will line the bases of the patty tins. Carefully line the moulds with the pastry, then spoon in enough mincemeat to fill no more than three-quarters full.

8. Brush a little beaten egg around the inside rim of the pastry. Cut out smaller circles from the remaining pastry to make lids for the pies, place on top of the mincemeat and pinch around the edges to seal. Lightly brush milk across the lids to glaze and sprinkle over a little brown sugar, then use a sharp knife to make a small hole in the centre.

9. Bake in the oven for about 12-15 minutes, or until the pastry is golden brown and crisp. Allow mince pies to cool before removing them from the tins.

10. To enjoy at their best, follow my lead and serve with clotted cream and a glass of brandy!