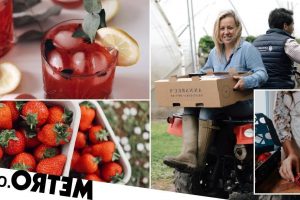 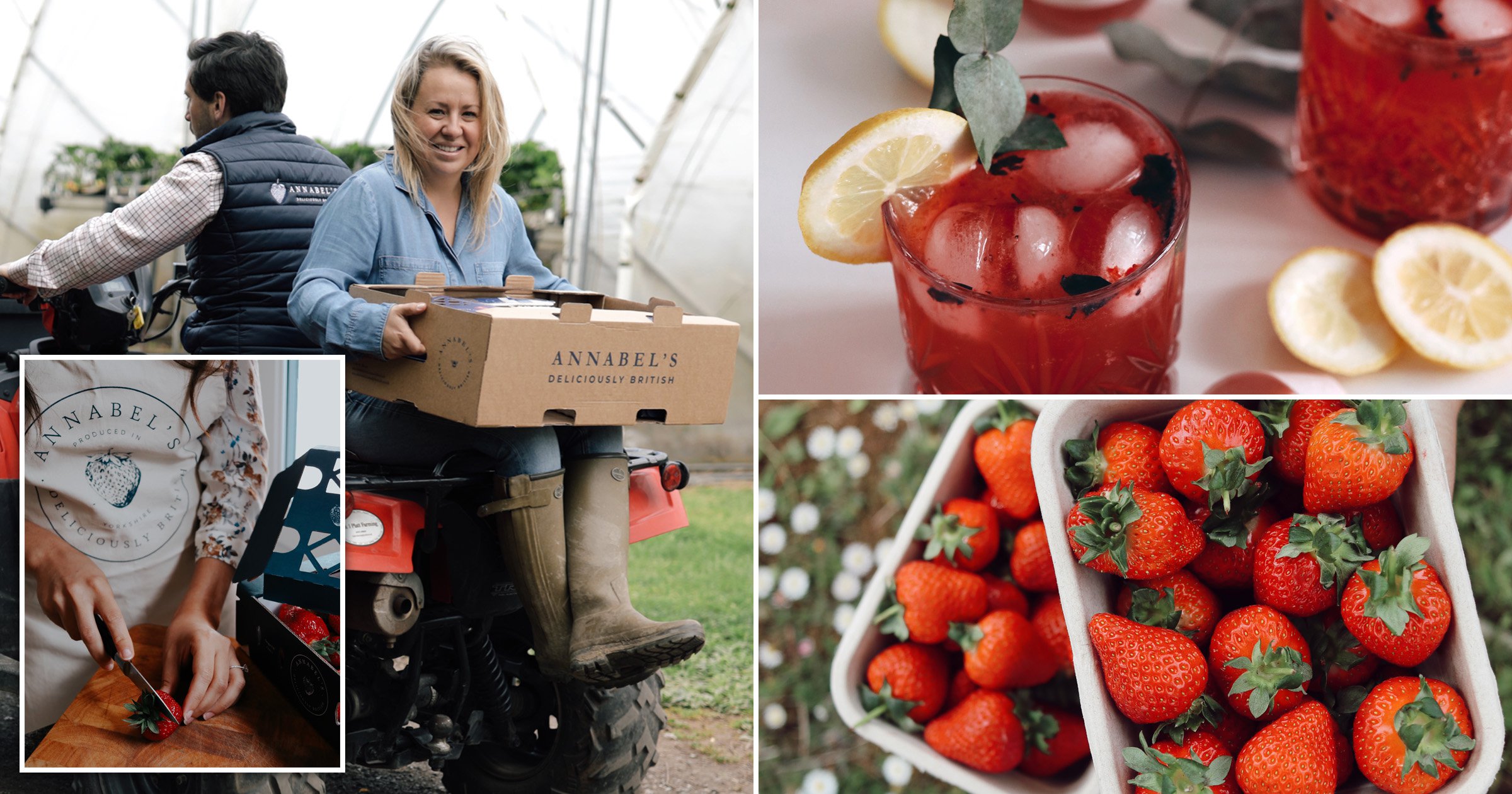 Farming can often be male-dominated, but that didn’t stop Annabel Makin-Jones, who now owns a successful business selling fresh produce.

In 2004, she began growing strawberries after joining her family business – but diverted away from their old-fashioned production methods that weren’t focused on sustainability.

A fifth generation farmer, she founded Annabel’s Deliciously British and Tame & Wild, working at a farm located between Weatherby and Leeds.

She tells Metro.co.uk: ‘I grew up on the farm and the business is very much in the family blood and tradition.

‘As a young girl I would be in the office helping my nana with wages, taking tea or lunch out to the workmen, driving the tractors, and absorbing the tricks of the trade.

‘I found a passion and love for food not just the taste but the process of growing the produce, how the production service works and to my benefit I love business.’

She first planned to open a deli selling high-end sustainably sourced sandwiches, coffees, juices, smoothies and bakes – but in the interim, while waiting for the ideal premises, she went to work on the farm that her grandad first bought.

‘I organically fell into having a role in the family business and the rest is history,’ she says.

While she was lucky she didn’t have to start a business from scratch, she did want to overhaul the way the farming was done by introducing environmentally-conscious ways of thinking.

‘Admittedly, it wasn’t my intention to fall into the family farming business.

‘The transition was… turbulent. I made a lot of changes and created many waves. I introduced the 21st century to the business.

‘It was a tough lifestyle transition from being a student to working seven days a week at constant high demand – the farming business really is 90% of your life and with it being a family business it never really leaves you.

‘You don’t get to leave work at work.’

Originally the farm supplied products such as strawberries to retailers ‘with no care for the environment and footprint that was left behind’.

This didn’t sit well with her, and left her wanting to modernise processes on the farm.

That’s when she started her businesses, with sustainability at the forefront.

She adds: ‘I felt conflicted over how things were, and what I leave behind matters as much as what I produce which is why I am so committed to achieving a better future for British farmers and producers.

‘The farm now has two million bees pollinating the strawberries, we have set up bug hotels around the farm, moved to solar energy and using rainwater for our irrigation.

‘I have focused massively on reducing carbon emissions and ensuring I can reuse as much material as possible.’

Cultivating agriculture around her strawberries is a key focus in what she does.

It also wasn’t easy being at the helm as a female farmer – something that isn’t common in the industry.

Annabel says: ‘You have to fight for your space and be tough

‘I’d say the character traits you need to succeed in this industry’s is to be strong willed, determined and have a ferocious work ethic.’

She also believes it’s necessary to be ‘cutthroat’ at times, and has been this way herself at work.

On top of this, she says Brexit, the ongoing Ukraine war, and rising costs have affected the business of selling strawberries.

‘Retailers have damaged the reputation on the cost of production and have caused consumers to have a lack of understanding of the costs, labouring, and efforts it goes into food production,’ she says.

‘It is a real challenge to try and change the mindset of consumers paying minimum for their food rather than paying a bit extra in supporting local produce and British farmers and quality products that have been produced sustainably.’

She’s also in the process of setting up an Eco-Farm shop, designed to be accessible price-wise so that everyone can shop with the environment in mind.

In the future, Annabel hopes more people will shop sustainably and locally, as we become more aware of our impact on nature – all with a ripe strawberry in hand.